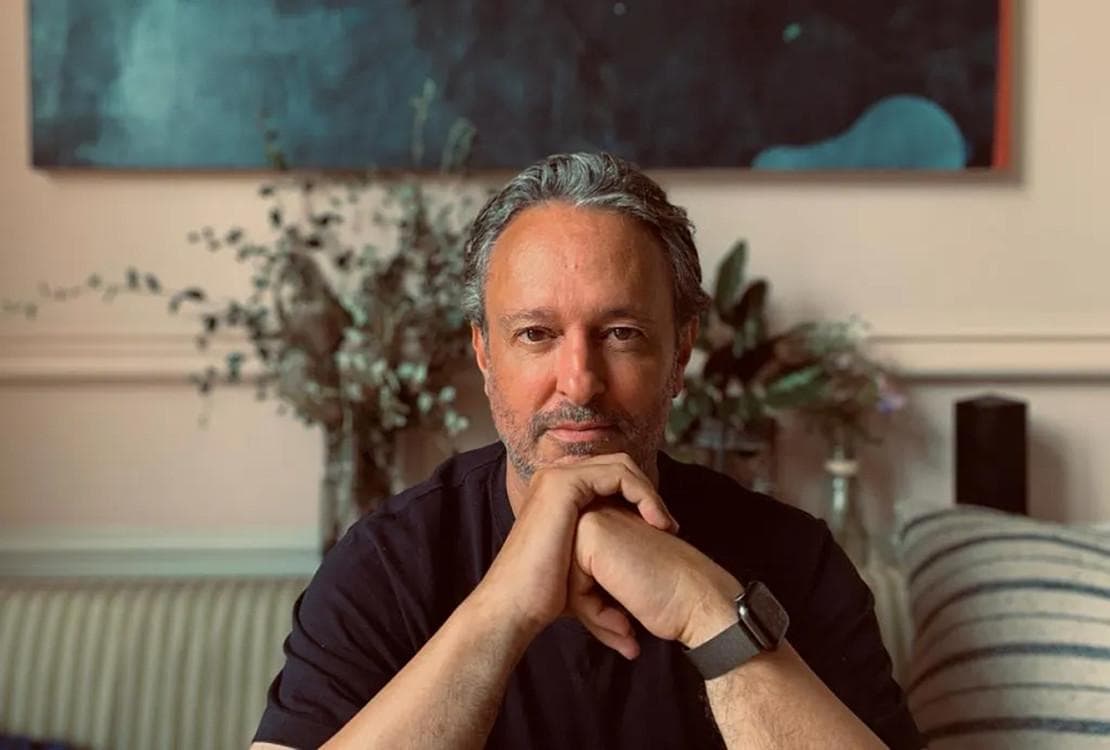 The War for Talent is Over (Talent Won)

As leaders respond to remote and hybrid work models, humans and machines, workforce ecosystems, and talent marketplaces, there is hope and fear. But is enough being done to nurture talent by co-designing cultures of curiosity over cultures of conformity? Hack Future Lab founder and IE Business School visiting Professor, Terence Mauri argues that building a culture of curiosity that embraces ideas that challenge the status quo is the best way to turn uncertainty into a tailwind for bold action and is your ultimate workforce multiplier.

The war for talent is over. Talent won. Consider the ‘Great Resignation’ (record levels of employees quitting their jobs), and the ‘The New Equation’ (two-thirds of employees rethinking their purpose at work). Add to that the ‘Talent-Centric Economy’ (the U.S. just added nearly 400,000 jobs in June), the ‘Hybrid Paradox’ (what’s our workforce hybrid strategy?) and the ‘Race to Reskill’ (one of the best ways to outpace the forces of disruption is upskilling, reskilling and cross-skilling) and it’s no wonder that 73% of leaders report record levels of cognitive and emotional overload and 87% report high levels of concern about intensifying workforce turnover and talent risk.

If leaders consider ‘the one thing they could do differently today to help their organization be future prepared,’ where would you start? With economic headwinds and tech disruption an everyday reality, the best solution is to activate a culture of curiosity that empowers talent to solve the biggest problems in the organization, calling out blind spots that leaders are blind to and making trust leaps into the future. One of the clearest signs of a culture of curiosity is reframing and rethinking your assumptions about what stays, what changes and what goes.

A culture of curiosity welcomes dissent and is defined as a way of leading that inspires workers to challenge the status quo and unlearn the always-done ways that have gone off like yoghurt in the fridge. It’s the gap between what you know and what you want to know. A culture of conformity demands deference and is a way of leading that deters workers to challenge the status quo. It’s silence over speak up, compliance over courage and ‘fake’ empowerment. It demands deference. Research by Hack Future Lab shows that the number one reason why workers quit after money is a lack of internal growth opportunities and 79% of workers do not think their current employer offers long-term, growth-led opportunities. As workforce turnover continues to surge and organizations struggle to retain talent, leaders must make sustainable and inclusive cultures of curiosity a priority if they’re aiming to boost performance, engagement and retention.

A culture of curiosity enables workers to explore early-to-exploit know-how sooner and is the secret to a productive, flexible, and happy workforce. It is defined by DELTA’s (Distinct Elements of Talent) which include:

People want to thrive in human-led, tech-enabled cultures that offer dynamic portfolios of reinvention that combine meaning, education and skills over a lifetime and scale what makes them more human: radiate purpose, inclusivity at scale, belonging and deep work that people love. Data at the Mayo Clinic suggests that if less than 20% of your work consists of things you love to do, you are more than 6.7X more likely to suffer from burnout (cognitive and emotional burnout) or ‘boreout’. e.g. Cognitive underload.

In Cultures, We Grow

Transformations don’t fail because of technology – they fail because of sociology. Culture is like pouring concrete. It can take a while to set but then is much more difficult to change afterwards. Hack Future Lab took the pulse of 100 business leaders globally. An overwhelming 84% agreed that culture is critical for business success and 60% agreed that culture is more important than strategy or the business model. The bad news was that more than half the group reported that culture was not an existing strength and was not even on the C-suite’s agenda. The bottom line is that culture is seen as incredibly important, but mismanaged and undervalued in most organizations. A mandate for nurturing and growing cultures of curiosity has never been more urgent to unlock untapped potential, capacity and productivity. As organizations transform from doing digital to being digital (Global digital transformation spending is forecast to reach 2.8 trillion U.S. dollars by 2025), there is a huge aspiration-to-action gap with 67% of leaders reporting they don’t have the right culture to support their transformation goals and the majority of organizations expecting the war for talent to accelerate and worsen over the next 12 months.

Initiatives selected by leaders as the top three priorities for the next 12 months:

One of the biggest leadership paradoxes of our time is that technology changes fast but humans don’t. Leaders are trapped in a wisdom gap with the complexities of runaway technology outstripping our human brains’ capacity to make sense of it all (e.g. consider the processing power of a computer chip has increased over a trillion times). And while technology isn’t the only reason, runaway technology is rapidly widening the gap even further leading to, cultural and structural stupidity. For example, the number of words in the US Tax Code has increased from 400,000 to 4 million in the last 20 years, highlighting a human bias toward bureaucratic bloat and adding complexity to complexity. Excess bureaucracy is a tax on human potential and a reason for anti-work cultures of conformity. And it’s one of the top reasons why workers either mentally quit the job but remain in the organization or suffer from institutional overload, brain fog or risk of burnout.

To win the war for talent, leaders should reject ‘present forward’ ways of thinking that simply extend existing assumptions, mental maps and talent frameworks to the future. A failure to reimagine talent is a failure of leadership. Instead, leaders should avoid empty slogans and emphasize binding together the Five R’s: reskilling, recruiting, rewards & recognition, retention and reinvention. Companies such as Tata, Moderna, DBS, Hermés, Ocado and Estée Lauder champion this principle by sharpening their reimagination agenda for culture, people and talent and building meaningful new cultures despite their complex legacy businesses.

The #1 takeaway is that transformations fail because organizations fail to transform their cultures and talent chooses to stay because of what work gives them (growth, opportunity, agency). Retaining agile employees ready for whatever challenges emerge can mean big wins for your organization and your culture. To be reinvention-ready and pivot from talent attrition to talent attraction, there are three bold moves to consider. 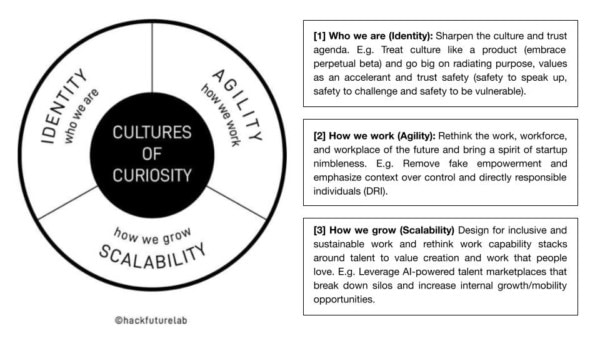 You Can’t Explore a New World with an Old Map

The Philosopher Yuk Hui says that “to regain the future we must nurture our relationship to the unknown.” Every culture starts as an act of imagination but to sustain vitality for the long-term requires reimagination which is the human force that can push through inertia to create a better future.

The disruptive trends that threaten to upend and reshape every vertical over the next five years — disintermediation in the supply chains, erosion of traditional economies of scale advantages, and more companies dying younger — will only accelerate. The question is – as leaders how do you capitalize on the disruptive forces of the last few years, and shape your leadership, talent and culture with bold intentionality?

Terence Mauri has been described as ‘an influential and outspoken thinker on the future of leadership’ by Thinkers50. He is the founder of a global management think tank, Hack Future Lab, an Entrepreneur Mentor at MIT and an adjunct professor at IE Business School where he speaks about leading from the future, cultures of curiosity and turning uncertainty into bold action. His latest book The 3D Leader: Take your leadership to the next dimension is out now. 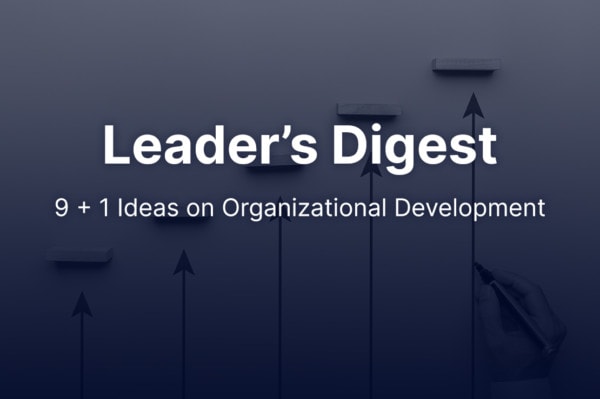 This time our Leader’s Digest newsletter gives you ideas on organizational development from many fronts. We tackle the topics of psychological safety, culture of connection, performance management, and more. Top Content Picks 💎 Blog + Webinar Recording: “Whatever form of excellence […] 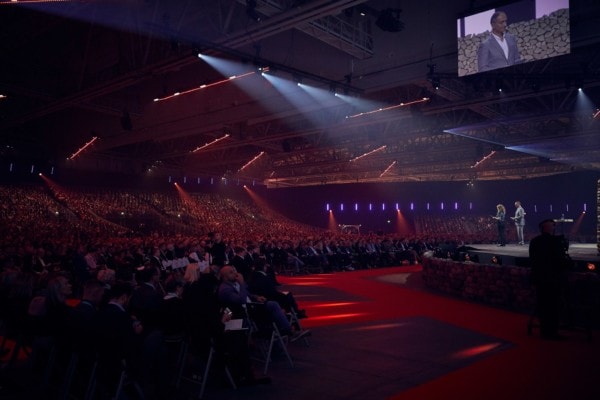 On the 20th and 21st of September 2022, we will be back with Nordic Business Forum Helsinki — and already over 90% of tickets have now been sold! “More than 6,500 people have already confirmed their attendance, which means that […]