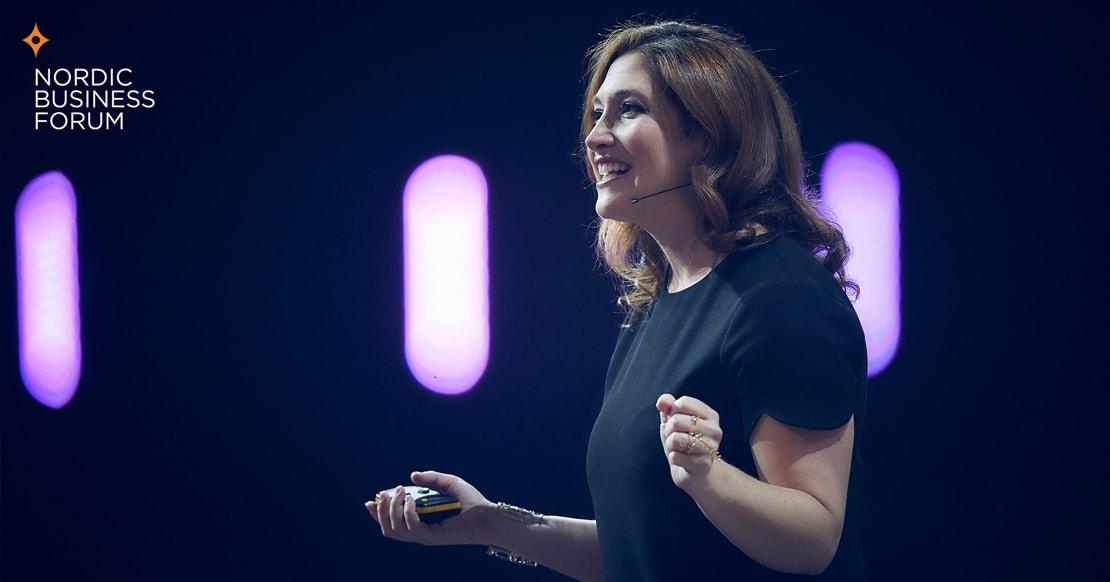 Dot Complicated: What I Learned on the Front Lines of Social Media with Randi Zuckerberg

Randi Zuckerberg, the former Director of Marketing Development at Facebook, graced the stage of the Nordic Business Forum with huge amounts of energy and excitement. After leaving Facebook, Zuckerberg began working on numerous projects, such as a musical and a television show.

She shared some of her ideas about her entrepreneurial journey. Also, she provided insights into the media markets that were still undersaturated, in hopes that her ideas could help new market growth and innovations.

Of her career, she “never thought of herself as a marketer.” Instead, Zuckerberg thinks that all of us have something of an innovator inside of ourselves. Her belief in the power of innovation and entrepreneurship have followed her throughout her career.

You may have heard about Facebook’s famous hackathons, where Facebook employees pull an allnighter working on curious and, often strange, ideas. Zuckerberg cheekily notes that most were the dumbest ideas she had ever seen. Usually people would play safe with their ideas, or they would fail specturarliy in their endeavours.

During two Hackathons, Zuckerberg participated and gave two ideas. The first one was of an ‘80s rock band with the concept of “play for free, get what you pay for” that did not take off. The second hackathon idea, what marked the beginning of what could be considered a new era: Facebook Live.