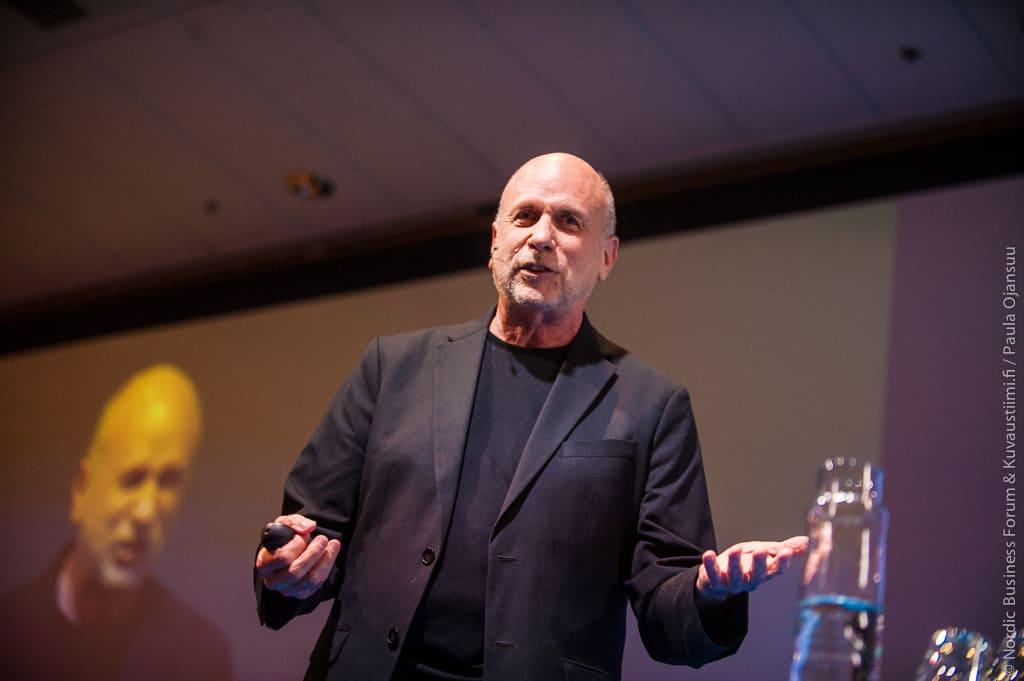 Jobs Beating the Simple Ideas Out of Segall

I had the unique chance to meet Segall at Nordic Business Forum’s Business Summit held at Marina Congress Center in Helsinki, where he gave two presentations in June, 2014. At some point during my interview one thing makes me wonder though: why did Steve Jobs beat Segall twice during their 12-year co-operation? “It’s only 0.16 beatings a year,” he says and utters a laughter. So, Ken Segall is the man behind Apple’s famous ‘Think Different’ campaign and the naming of the iMac. Think about this: Segall’s grand idea of the ‘i’ can even be found in a Danish bagel shop ‘iBagel’ – which, of course, has nothing to do with Apple except the magical marketing letter.

Segall was in his 30s when he first joined an advertising agency – 12 years after taking the test that told him he would best fit in the ad business. Not having studied advertising, he didn’t even know that there would be such a thing as a creative department. Segall started his career from the production department and during the years worked his way up. Then, one day he ended up having the responsibility to turn complicated ideas into interesting and compelling stories, first at NeXT, then with and for Jobs at Apple. Many of us have the impression Jobs was not an easy person to work with, and Segall’s interview supports that impression. “I don’t like it. I don’t know why, but I just don’t like it.” Words that Segall heard many times and that made him come up with new ideas.

Looking at Apple and Jobs, it’s hard to believe Segall’s words about Jobs being a bit shy, not wanting to make a big deal about himself or having Apple personified in him: “He totally had the power to stand on the stage and get the world’s attention and tell a story. I think he had a good sense of his own power, but he liked to keep it distinct from marketing itself.” In Segall’s opinion Apple is now lacking the visionary figure who would stand in front of the crowd and grab their attention like Jobs once did. With this opinion Segall is certainly not alone.

What Can We Learn From Segall?

What can a marketing guru like Segall teach us all? Being simple in marketing is hard work. Perfection is not achieved when there’s nothing to add but when there’s nothing to be removed. So true – think about removing something from ‘Think Different’ or the ‘i’ from any of the iProducts and you’d end up having nothing. Innovation is not coming up with a lot of new ideas, but saying “no” to 1,000 things.

“Keep it simple,” Segall emphasizes and says that if a product has five amazing things and a marketer wants to advertise them all, the customer is not likely to remember them all – if any. It is best to focus on one thing and say it well. What are you saying to people and how do you make them engaged? As an example, when Apple started advertising iPod with ’10,000 songs in your pocket,’ what more would you need? Would you be interested in megahertz, gigabytes or other details that play absolutely no role for the end-user? I don’t think so. Furthermore, if you needed a laptop, would it be easier to pick one from major manufacturers who have over 40 models – or from Apple who has only three?

“Tell stories and find that human connection.” What are you telling to people that they can relate to and what’s going to keep them interested from start to finish? Too many people, too many companies and too many marketers love their features and create lists of them, rather than trying to show people things that make them go “Wow! I’d really like to try that one!” What is the thing and story in your business that speaks to people and makes them emotionally attached? That’s really something to think about. Segall says that if you do it long enough, over time you are going to be like Apple. With this he means that Apple’s customers are emotionally so tied to the company that it’s very hard to detach them loose. “Create a brand that people love,” he concludes.

Think Different and Win Just About Everything

The internet is full of stuff about the ‘Think Different’ campaign. Authors write about it and marketing people talk about it. Therefore I am giving the campaign a different view. Starting back in 1997, Apple’s famous campaign turned nearly-a-shipwreck totally around, quickly becoming the flagship of the modern industries. It soon became a company that many, many others wanted to emulate.

In June 2014, one of their famous ‘Think Different’ television commercials has had less than 400,000 views in YouTube. It is less than 0.05% of Justin Bieber’s pop video in the same place. Despite today’s pitiful number of views, at its dawn the campaign won nearly every honor in the business, including the first Emmy ever awarded to a commercial.

When Apple ran its ‘To the crazy ones’ commercial on television in 1997, you probably immediately wanted to be one of them. “The people, who are crazy enough to think they can change the world, are the ones who do.” Macs. iMacs. MacBooks. iPods. iPhones. iPads. iEverything. Since 1997, Apple has been the pioneer in providing the chance for fans to watch and listen to their favorite artist at home and on the go. Anywhere. Online. Offline. A 10,000 songs in your pocket and 1 billion Bieber-views in YouTube.

What was so special about the campaign? Marketers say what they say. I speak for myself. When I look at the commercials, Ken Segall’s work hits my heart: “What are you telling to people that they can relate to.” Watch the commercials and you know what I am talking about. 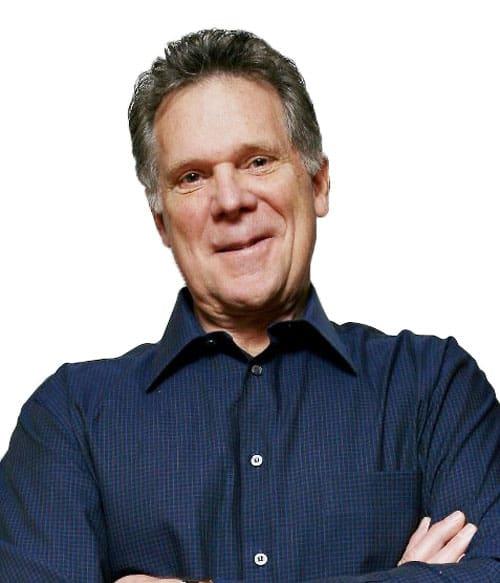 How Big Would Your Business Be If…