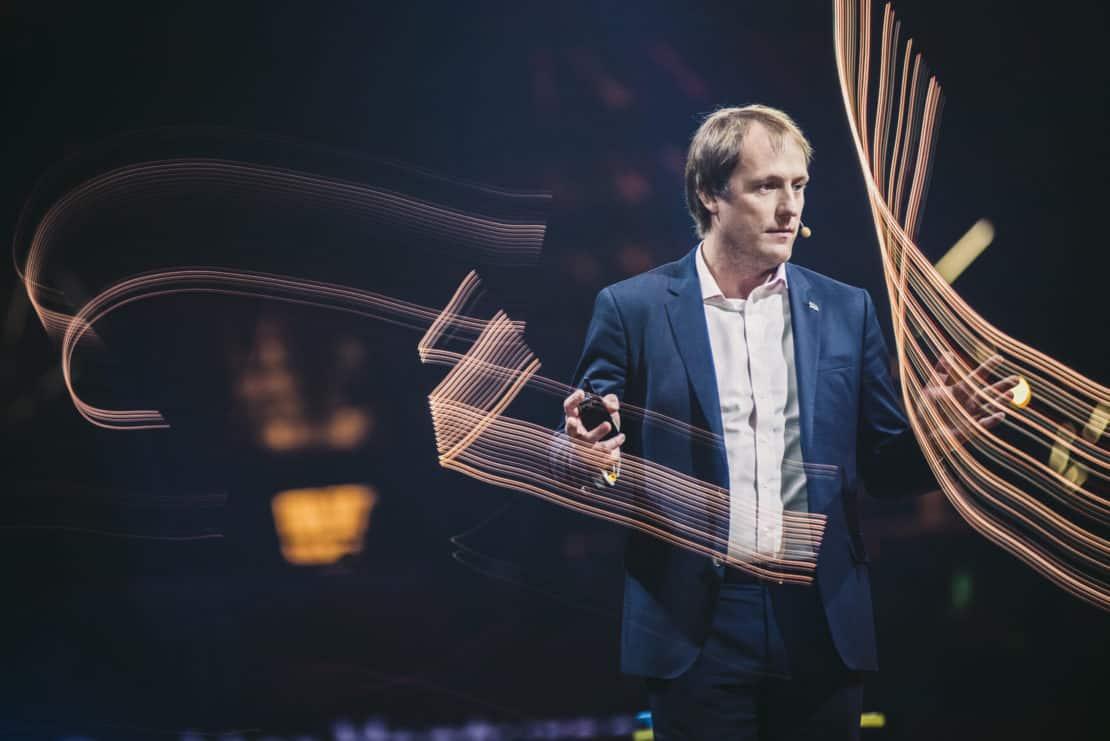 In the age of high-tech cutting edge technologies, Estonia, the Baltics’ smallest state, has become the manifestation of a digital state with its online public and governmental services. At first, there was Skype, Estonian innovation that revolutionized the way of communicating worldwide. Then came e-recipe prescription, which was followed by the overwhelming e-governance program.

For the last two years, Estonia has been basking in the limelight as the first country in the world to offer e-Residency. Behind this initiative stands Taavi Kotka, Estonia’s former Chief Information Officer and the co-founder of the project. With e-Residency, Taavi Kotka aims to increase the population and customer base of the country digitally.

Nordic Business Report: How does e-Residency work and most importantly, what are its benefits?

Taavi Kotka: e-Residency is a transnational digital identity available to anyone in the world interested in administering a location-independent business online. It is ultra-flexible, hassle-free and cheap (the signing-up costs a mere 100 Euros).

As the name suggests, e-Residency gives foreign nationals the ability to apply for a secure digital residency in Estonia, even though they don’t actually live there. When one signs up for Estonian e-Residency, the person receives an Estonian government-issued smart ID card that provides digital identification and authorization. That way, one can digitally sign important documents, access secure services, and make secure transactions — even if the person is far away from Estonia.

For example, e-Residency would allow a Chinese entrepreneur to set an Estonian company that he runs from Singapore to serve clients based in Germany. He’d also be able to use his digital signature to sign contracts with customers throughout the European Union. All of it would be done online, remotely, and, again, completely hassle-free.

E-Residency gives an especially big value to non-EU nationals, who want to do business in the European Union. Estonia, with the innovative program, facilitates it. To make a long story short, e-Residency entitles a party to practically all services but excludes voting in the Estonian election, conferring citizenship, tax residency, residence, or right of entry into Estonia, or to the European Union.

NBR: Tell us a little more about the ID card for e-Residency holders.

TK: All e-Residents receive a smart ID card, which provides tools to perform the aforementioned actions and beyond. The e-Resident ID card does not display a photo of the bearer, but it is built on state-of-the-art technological solutions, including 2048-bit public key encryption. The smart ID card contains a microchip with two security certificates: one for authentication and another for digital signing.

Estonian e-Residency dates back to May of 2015, and we devoted the first half-year to kick it off. I believe the efforts have panned out.

NBR: How many e-Residents do you have by now?

TK: More than 18,000. The majority is non-EU residents, and it should be noted that there are quite a few Germans, which signals that running a business in Germany may not be always that simple.

The number of sign-ups may seem quite small, yet it takes up over 1 percent of the Estonian population of approximately 1.3 million people today. It’s good to bear in mind that just 650,000 of Estonians are of working age, and the figure is anticipated to shrink further in the future, although the country’s demographic situation is improving slowly.

Nevertheless, with difficulties in luring permanent residents here, I mean attracting immigrants is just not an option for us, as those people would rather choose richer Sweden or Norway. Increasing the population digitally may sound like a great idea.

NBR: Back in 2014, the-then Estonian Finance minister Jurgen Ligi expressed doubt in how e-Residency could bring capital to Estonia. What would be your response to him now?

TK: I believe the minister was referring to the estimated number of e-Residency sign-ups then. But, as a businessman myself, I think that if you run a business, what you need is customers – as many as possible – and you need to ensure that your business is being run smoothly. The more clients you have, the more sales you complete and the more income you generate.

In a broader picture, each of the three Baltic countries, and the region, on the whole, takes up a pretty tiny share of international trade, and the possibilities of local business to expand are limited due to the size of the population. Estonian e-Residency expands and augments Estonia’s business connections, boosts the clientele numbers and the earnings. It is a win-win situation: with the businesses benefiting, the state collects more taxes.

NBR: Estonia aims to have 10 million e-Residents by 2025. Do you think it is feasible, considering that there are now only 18,000?

TK: I don’t say it’s impossible, yet the number of 10,000,000 was publicized also for a practical reason – to create the necessary buzz to get everyone talking about the endeavor.

E-Residency helps to create connections between businesses and directing business to Estonia. Even if we had only a million e-Residents by then, it will still be a big success for a country of our size.

Nevertheless, I wouldn’t want you to see the program as Estonia’s marketing efforts. With millions of people worldwide starting their independent work careers e-Residency offers a solution that is very timely, flexible and free of bureaucratic hassles. For example, according to Forbes’ estimation, 34 percent of US residents work as freelancers today and the workforce will grow to 40 percent by 2020. So e-Residency reflects the labor market trends.

To draw a comparison, if you were fond of music, say 20 years ago, the only way to get a new tape or CD then was to make a trip to the local music shop. Now, you can use Spotify to download the song you love. Similar changes have taken place in business – it has gone online to a great extent, and people are incrementally embracing the idea of doing business online.

NBR: How many people are involved with operating e-Residency?

TK: The team that directly handles it consists of barely six people. I mean the people who are on the program’s payroll. However, there are a whole lot more people – in the Estonian Interior Ministry and other state institutions – who are also, in one way or another, dealing with it. Some of the people do the applicants’ background checks, while the others process the data, and issue the electronic e-Residency cards. Most of the program’s staffers are paid from the fees collected from the Estonian e-Residency applicants.

NBR: If I were to put Estonia as the keyword in a web search engine, what would pop up first: the name of Skype or the names of the country’s e-services?

TK: Ten years ago, it was definitely Skype that would generate the greatest online traffic. I’ve been told that our e-Residency program surpassed Skype last year in the look-ups. I did not verify it myself, though.

NBR: When you go abroad to promote the e-services and new Estonian e-quests, what people usually say about the Baltics? Do the people you meet tend to single out Estonia?

Many people have heard of Estonia as a country with great achievements in public and governmental service digitization. And those who have never heard of our e-Residency program, know of Skype for sure. Being an e-country has become a significant part of our national identity. Public service digitization has been our success story.

NBR: Have you always been so savvy digitally?

TK: By profession, I am a software engineer, and I’ve worked as a software engineer all my life. Even as one of the heads of a software development company, I’d routinely put my hands on the engineering, just to keep myself in proper mental shape. For the analytical thinking, I’m grateful to my father, a very good chess player, who started teaching me the secrets of the game in my early days and bought me a computer when it cost a fortune.

NBR: What do you believe is Estonia’s next stride in the e-realm?

TK: There’s an ongoing huge effort to fight against legacy. To be frank, we have a special no-legacy policy which demands government institutions to rewrite their main IT systems after every 13 years. We might be on the brink of some major efficiency discoveries here, especially in the medical field.

NBR: As you’ve left Estonian government, where the life has taken you thereafter? What other e-quests are you exploring?

TK: I’m finishing my Ph.D. in software engineering and helping Estonian startups. And thinking about the next big thing. 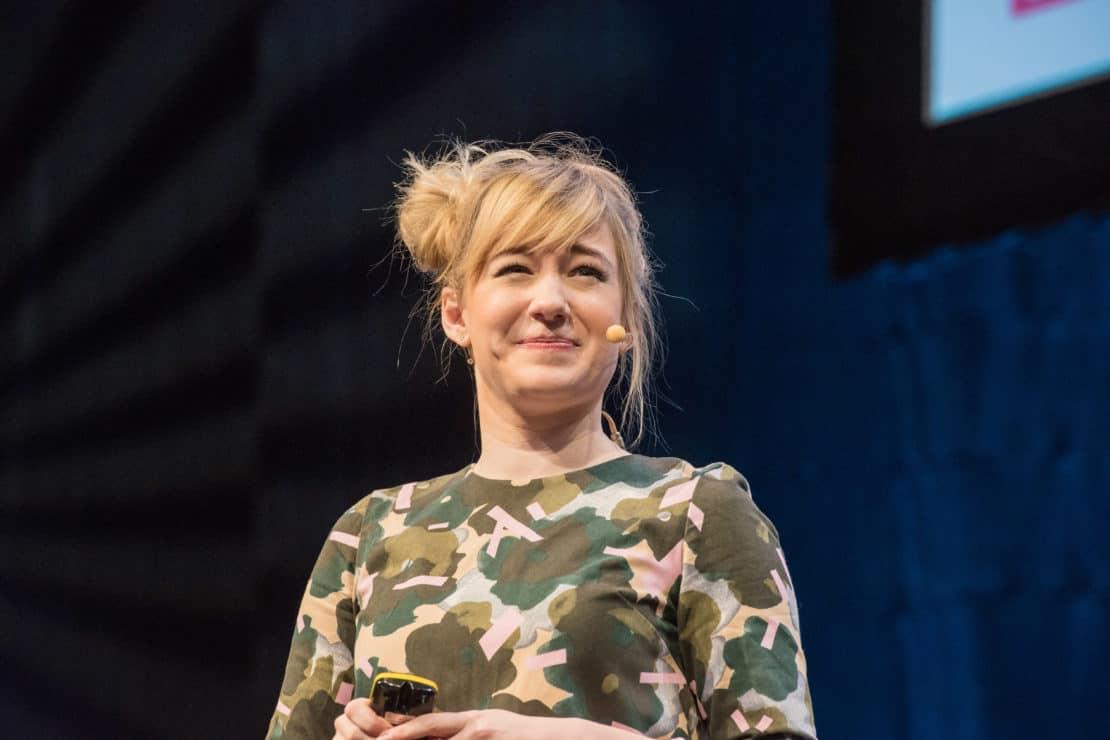