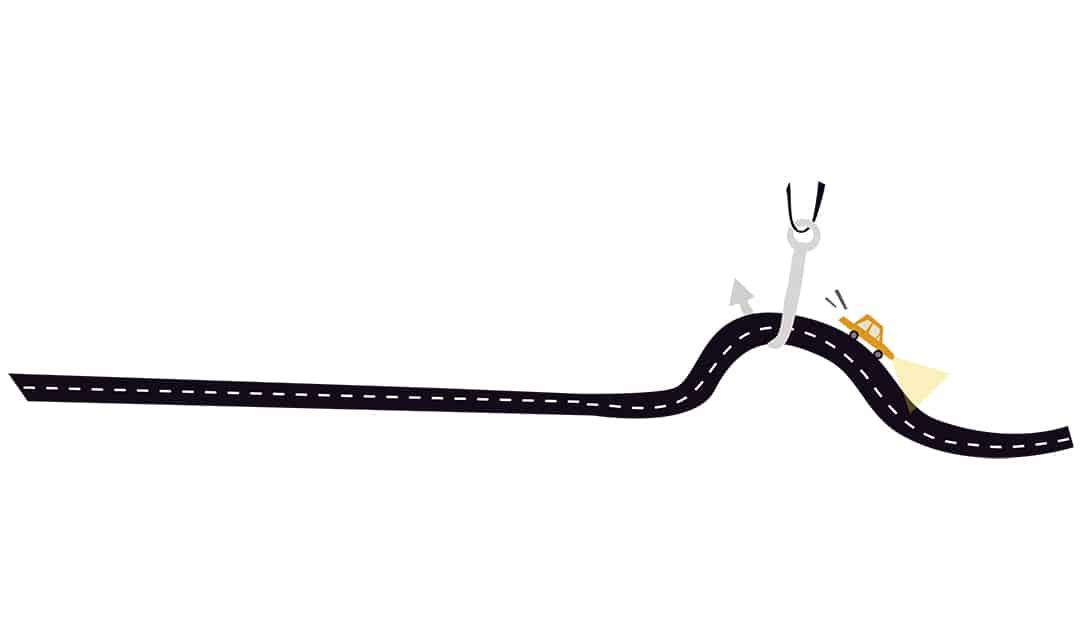 The Real Lessons of Disruption

Disruption has become a buzzword of the 21st-century business consultants and strategists. What lies behind the much-used term?

Ever since Clayton Christensen introduced the notion of “disruptive innovation” in his The Innovator’s Dilemma from 1997, CEOs everywhere have found within themselves a desire to be disruptors. Seeing as it is a logical necessity that only very few can pull this off, one might wonder why this is the case. Why do so many leaders dream of radical overhaul and overthrowing the established order? In part the answer lies in how well the concept has captured the Zeitgeist of our era. In an age which celebrates the new and the innovative – at times to the point of fetishism – it is natural that captains of industry would want to align themselves with the notion of disruption, as not doing so would imply one is about to be disrupted. But what happens in a situation where most if not all strive for disruptive innovation?

And the trouble does not end there. Recently, the concept of disruption has come under increasing attack. In part this has been due to the overuse of the word, leading to a perceived lack of meaning – when everything is portrayed as disruptive, the concept starts sounding like a joke. In part, this has been due to a lack of clarity as to what a theory of disruption explains. Last year, Jill Lepore attacked Clayton Christensen, highlighting how many of the cases used by the latter didn’t seem to say what he claimed they said, and further that Christensen’s proposed theory of disruption didn’t seem to have strong predictive capacities.

What this shows is that while we’ve become very comfortable with using the word ‘disruption’, this hasn’t necessarily translated into an understanding of how disruption works, nor what is required to truly be a disruptor. Further, we need to be aware of the fact that disruption is not necessarily a model to be emulated, but rather a lesson to be learned! So, in this spirit, five lessons to embrace:

Disruption is an umbrella, not a scalpel

The key reason disruption has become so popular a concept is because it can refer to a great many things, some of them quite dissimilar. Whilst initially used to explain a specific kind of technological disequilibria, it has been used, even by Christensen himself, to describe changes in education, healthcare, or even shifts in demographics or geopolitical power. This could be seen as proof positive that the term has become devoid of explanatory power, but might also be seen as a kind of meta-validation of the insistence in the original theory that change in a market or industry often emerges from unexpected directions.

The lesson theories of disruption might be trying to teach us, then, is that we shouldn’t imagine disruption to come in easily discernible guises, or remain the same. Hunting for the next “Uber for X” is then to act against theories of disruption, as this works from the idea that disruption can have a formula. Michel Foucault once said: “Do not ask who I am and do not ask me to remain the same: leave it to our bureaucrats and our police to see that our papers are in order.” Something similar might be said of disruption. Once you think you get it, that ain’t no longer it – even if you are Clayton Christensen.

It’s not always what you do, but to whom it is done

A continuation of the point above would be to note that we need to separate the disruption from the disruptive agent. Take, for instance, Uber, one of the contemporary poster-boys of disruptive innovation. It has, as a company, been highly disruptive to the entrenched taxi industry, and as its valuation reaches evermore ridiculous heights seems to prove the power inherent in doing so. But what was the disruption, really?

On one level, Uber merely leveraged existing technologies – the mobile internet and the notion of a “sharing economy” – in a traditional industry, if with some aplomb. In fact, precious little of what Uber achieved would have been possible had not the existing players (i.e. taxi companies and associated institutions) been so traditional in their outlook and work practices.

The lesson we might take away from this, then, is that disruption might not be so much the genius work of the upstart or the startup, but rather something akin to a chemical reaction. Just like a fire cannot start from a spark alone, but requires for there to be flammable material present, you never disrupt in a vacuum.

The discourse on strategy still suffers from a machismo bias, one most easily spotted in the manner it uses terms and metaphors linked to war. But all the talk about “battle-plans” and “the right to win” means less and less in an economy that is permanently changing and churning. A war can be won. A battle too. They have starting shots and final negotiations, and are thus terrible metaphors for modern business.

What disruption can teach us is that there is no endgame, no final victory, for every disruptor will in time be disrupted, and you only win for the most fleeting of moments. A better metaphor, drawn from the notion of disruptive innovation, would be one of fitness. Here, you try to continuously increase your physical health by way of a daily fitness regimen, but no matter how fit you get, you cannot stop there. Fitness is a fleeting thing, one without a clear final stage, and disappears when you stop working at it. Sure, if you are very healthy, you can take some time off without suffering any grave consequences, much like a company at the top of their game can allow themselves some indulgences, but these are only temporary pauses in an ongoing and never-ending struggle.

Talk is cheap, disruption is expensive

It will always be easier to call oneself a disruptor than actually doing any disrupting. This might sound like stating the obvious, but I present it as a way to start talking about the cost of disruption. Whilst there is a tendency to play up the cheapness of entrepreneurship today, and the manner in which disruptors have managed to leverage inexpensive technologies to achieve great things, the reality is still that disruption comes at a price.

To begin, disruptive innovation requires that you capitalize upon an emerging technology, and this will always have costs attached to it. These costs may be less than those of your competitors, but also includes costs related to learning the new way of working and developing a product or service in a distinctly different way.

This also points to how disruption comes with quite considerable cognitive costs. If you are an existing company, this might involve costs related to unlearning, costs related to entrenched technologies that need to be discounted, and organizational costs. If you are a new entrant, you will still need to pay the learning costs, not to mention the institutional costs that come with being a new player in an existing field. And we’ve not even touched upon the costs of educating and re-educating customers old and new, marketing a novel approach and making the new innovation scale.

Disruption isn’t the easy way out, nor is it the cheap and cheerful way to innovate. It might be cheaper than it’s alternative, but only because the alternative might be bankruptcy.

At heart, the theory of disruption was always a theory about failure. Yes, it celebrated the clever upstart companies that managed to outfox the old guard, but more than this it was a story about how the very smart, the very knowledgeable, and the very well-financed still managed to miss and fail. The concept became beloved because it presented a tale in which the underdog won, in which the little guy conquered the big company, and in which there was always one more shot to take. It was a very American tale, one of upheaval and redemption, but the subtext is something more akin to a Greek tragedy.

Jill Lepore might have been right about the more upbeat promises of Christensen, or about the way in which disruption was turned into an almost cult-like tale of endless progress, but in attacking these points she missed out on the more fundamental aspect of the theory of disruptive innovation. This is the part where disruption is an updated term for a process identified by both Karl Marx and Joseph Schumpeter (if with very different readings), namely the notion that any and all institutions in the market economy are subject to creative destruction – “All that is solid melts into air, all that is holy is profaned”…

Thus the theory of disruption shouldn’t be read as gospel, i.e. as a tale of promise and resurrection. Instead, it should be read as something more like a memento mori, a reminder of our mortality. In fact, we might even say that the early (very early) precursors to The Innovator’s Dilemma were the ars moriendi texts, medieval Latin works on the practice of dying well, read in order to meditate on our inherent limitations and the fact that any earthly success is only a temporary state.

The real lessons of disruption, then, aren’t easy tricks with which to achieve innovation success, but rather the opposite. Disruption teaches us to be skeptical, to doubt sure things, to stay open to the fact that if you don’t know who the fool is, the fool is you. Disruption isn’t necessarily a happy theory, nor is it always a motivational one. It is realistic, and that might be the most disruptive thing of all.

Writer: Alf Rehn is a management professor in Åbo Akademi. In 2009 and 2011 Rehn was listed on the international Thinkers 50 Guru Radar becoming the only Finn ever included on the list. 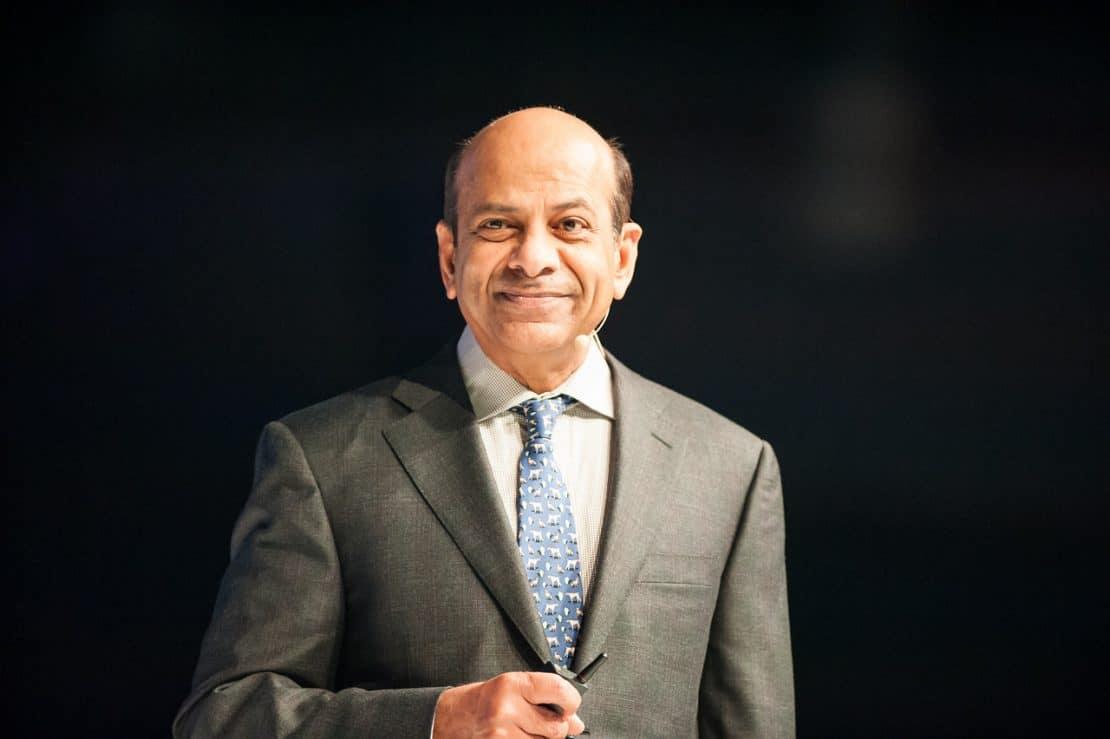 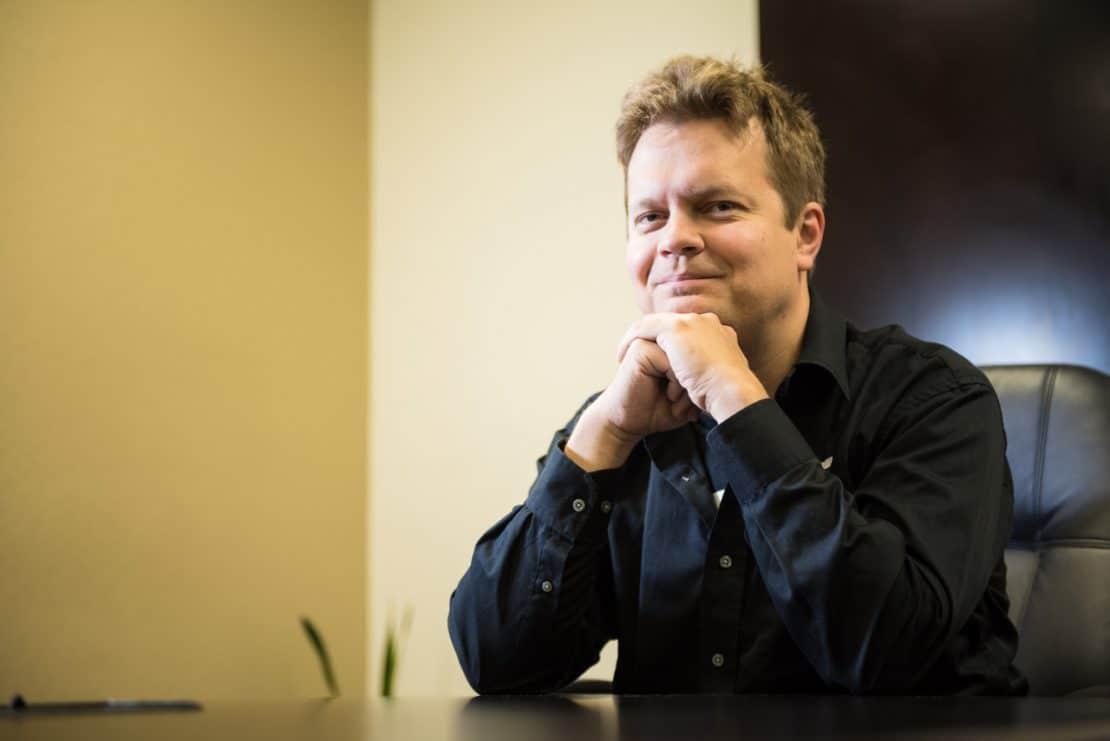