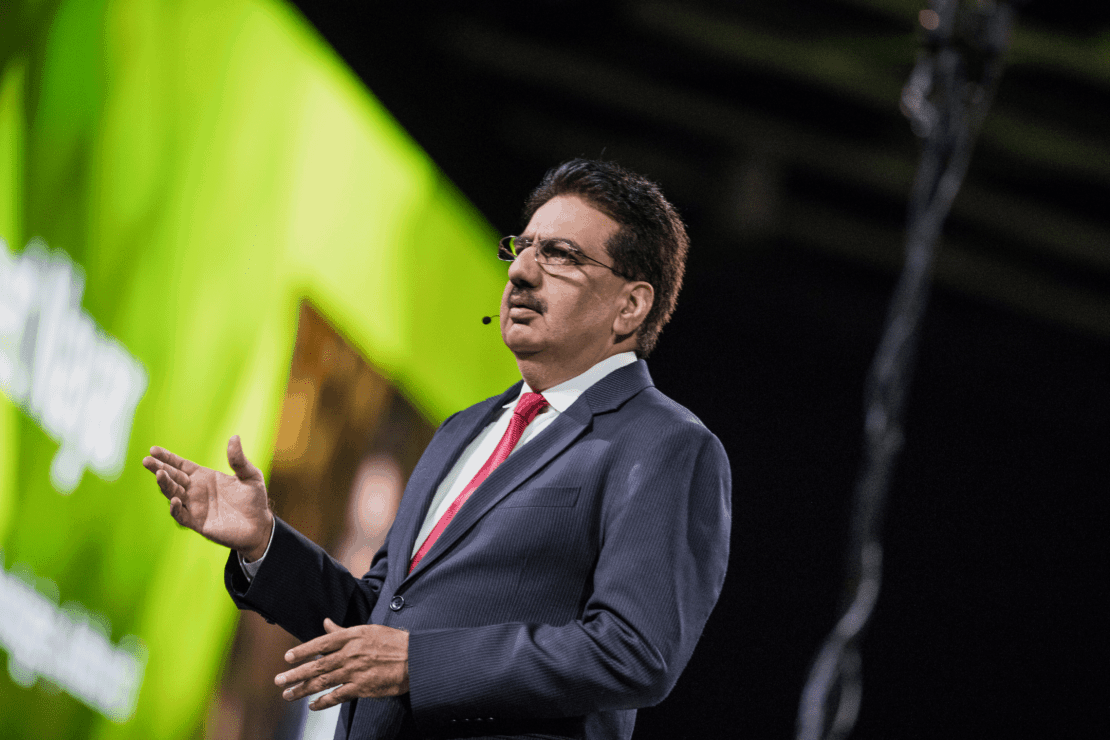 Vineet Nayar has a smile that implies that he knows something that many other people don’t. He wears that smile as he addresses the audience at the Nordic Business Forum. He begins by telling them that of companies that lose market share in a given industry, only 4% are able to recover, and only 1% are able to not only recover, but actually grow after recovering.

The 1% is a pretty exclusive club to be in, and as Nayar talks about it, it becomes clear just why he is smiling. He is part of that 1%. He was able to take the IT services firm HCL Technologies on that journey from losing market share to unbelievable growth during his tenure as CEO. But his way of doing it runs counter to much of the received wisdom in the broader business world, and that way is captured in the title of his bestselling book: Employees First, Customers Second: Turning Conventional Management Upside Down.

The secret to the 1%: a high-performing team

In Nayar’s assessment, a company that is trying to grow–whether to regain market share or just explode–should be looking to transform. Nayar emphasizes the literal definition of that term; to transform means to change the form of something. In order to really grow, a company will need to make two changes:

According to Nayar, the definition of a high-performing team is simple: it’s a team that does what others consider to be impossible. But how do you build such a team? How do you get together a group of people who are willing to take on the impossible, and get them to execute at a high level to do it? That, in and of itself, seems impossible.

For Nayar, building a high-performance team is all about embracing impossibility. A team does that by focusing on the “impossible” stuff, rather than the day-to-day stuff that drags us all down. This means focusing on the future—rather than the past. It means thinking outside of the normal boundaries of logic and reason. The key to doing all of that is to learn to see what isn’t there—but whose absence is beneficial.

Nayar tells an interesting story to illustrate that point. A young boy with only one arm wanted to learn Judo. Numerous coaches turned him down, saying that a one-armed person could never excel at Judo. That was until he met a coach who not only taught him Judo but helped him win an entire tournament.

In Judo, there is an aggressive move—the counter of which is to catch hold of the right arm of the opponent and spin them around. Since [the] boy didn’t have a right arm, there is no counter to that, and therefore every time he will attack, he will win.”

To get a transformation to happen, Nayar explains, his company set out to answer four questions:

2. Where does your differentiated value get created?
The value is created at what Nayar calls “the value zone”—which is the interface between the employees and the customers.

4. Given the fact that the value is created by the employees in their interface with the customers, what should the business of the managers be?
If increasing differentiated value to the customer is what drives growth, the job of the leaders can be nothing other than to “enthuse, encourage, and enable” those creating value—the employees.

The 4 steps of transformation

1. Create Discomfort With the Status Quo

To drive the kind of transformation he’s talking about, Nayar repeats that you must break from the past. To do that, you must “create dissatisfaction with the status quo.” Making that happen requires radical honesty—especially with new employees—about where things are not working well.

Nayar tells the parable of a plumber who shows up at an expensive house, and the owner wastes 2 hours telling him about how great the house is. But all the plumber is there to find out is where the leak is. For a company to truly transform and get better, it needs plumbers—people who are interested in finding the leaks and fixing them.

“If you wish to lead,” Nayar explains “then people have to follow.” It seems obvious, but Nayar hammers home the point that so many leaders are not being followed. They give orders, but the orders are not executed because there is no trust.

“The fastest way of creating trust between the employee and the management” Nayar explains “is to push the boundaries of transparency.” For his company, that meant doing what Nayar calls “airing out the dirty linens”—putting all the problems out in the open. It also means acknowledging each and every problem that employees voice opinions about. Once that is done, you can ask “what are you going to do about it?” As Nayar explains, that questions gets you some plumbers who are excited to fix the leaks.

3. Create a Compelling Vision for Tomorrow

Employees at your company can get a paycheck from anywhere. So as a leader, you need to be able to provide your people with a vision that resonates with them. Money cannot be that. Benefits cannot be that. Nayar has his eyes on something more: pride.

His vision for HCL was simple: in 5 years from the time they began their transformation process, he wanted 90% of his employees—when they met someone and shook there hand—to answer the question “where do you work?” by saying proudly “HCL”, and having people reply “wow.”

Nayar reminds the audience that he’s talking about transforming, which he says requires that “you depart from the old form entirely.” For HCL, that meant flipping the organization and making management accountable to the employees. Under his guidance, they utilized a ticket system when employees had issues that required management’s help. The system had a guaranteed resolution time.

Management also had appraisals done regularly by employees. They were anonymous, electronic, and published company-wide. The company did it for eight years, for about 6,000 managers. It kept those in management in a position to lead because the people believed that they should be there.

What transformation can do

The main thing that Nayar points to in the type of transformation he’s talking about is empowerment. He tells the story of a prospective customer of HCL whose stated reason for picking that company was because the secretary had overheard them talking about blowing off HCL’s presentation. She personally told them how hard everyone had worked on the presentation and how hard they will work to create value for them. The value zone in action.

Nayar also proudly tells the story of his philanthropic venture—The Sampark Foundation. Nayar used the four questions and four steps in Indian schools to vastly improve educational outcomes—specifically in English and math. There were 200,000 teachers who needed to teach English and math to 3 million students in 50,000 schools.

Nayar helped to break with the past, and helped to create a program using audio programs on boomboxes to help teach English to teachers and students at the same time, then empower teachers to reinforce and build upon the lessons to the students.

The results tell the tale. After one year, 76% of Grade 2 children could multiply and divide. They could also construct over 100 English sentences that they had never heard before.

Do you have Amma’s vision?

Nayar closed with a bit of Indian cultural education:

“In India, when a child is born, the first person to come and pick up the child is the grandmother. We call her the Amma. She comes and picks up the child and defines the vision for the child….There is no data to back that theory, but everybody in the family truly believes that vision…And over a period of time the [child] starts believing in Amma’s vision…believes that is her destiny, and starts working very hard for it. And something which is unreasonable, not backed by data, completely disconnected from the past, suddenly becomes a reality of the future. The question I ask you today is, do you have that grandmother’s vision for your employees? Does your boss have that vision for you?….Does your team believe in you?”

If the answer to any of those questions is “no,” Nayar says, then perhaps it’s time to put his transformative process to work for you.

This article is a part of the Executive Summary of Nordic Business Forum 2016. You can read the summary from the link below. 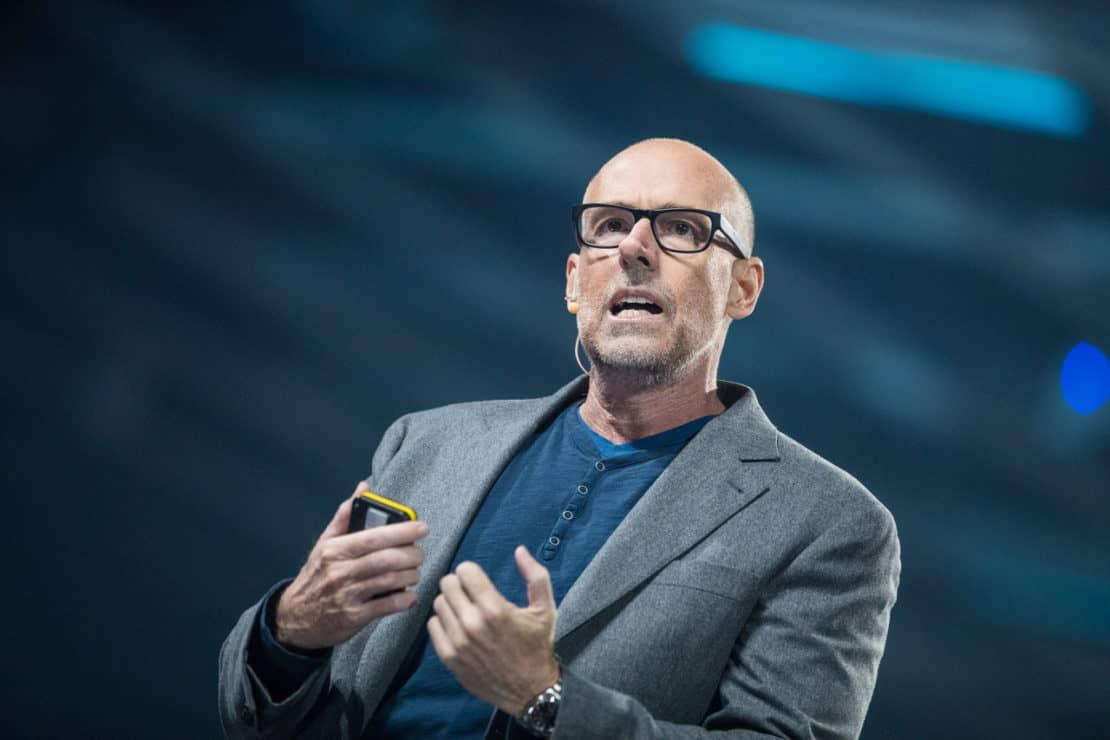 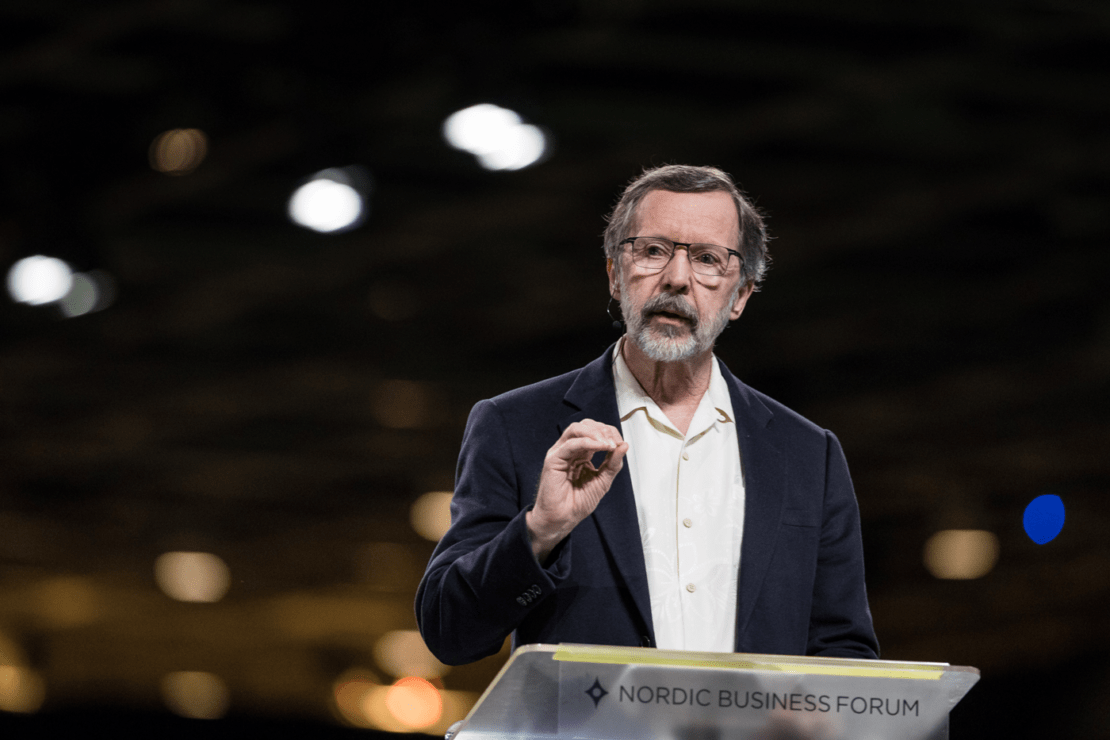