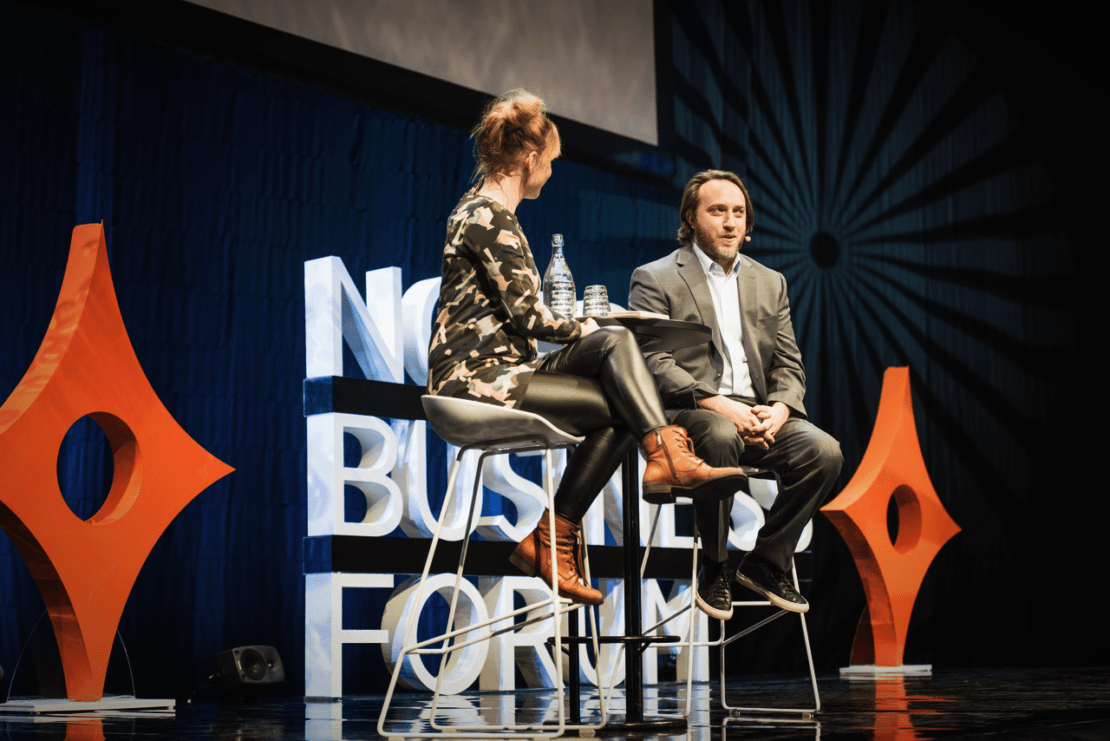 Chad Hurley: How to Build a Unicorn

When a YouTube founder talks about the future of tech, it pays to listen. Chad Hurley shares lessons learned from the glory days of Silicon Valley—and predictions for the next big revolution.

Somewhere in the heartland of America, a power plant is on the brink of failure. A generator is faltering. There’s only a skeleton crew on duty, and they have minutes—at most an hour—before the entire city shuts down. So what does one enterprising employee do? He looks up a how-to video on YouTube.

These days, stories like this are hardly surprising. YouTube, after all, is the second most popular website on the Internet. It gets more daily searches than Google. Valued at $1.65B just eighteen months after launch, it was a unicorn before Silicon Valley knew what a unicorn was.

But to hear co-founder Chad Hurley talk with Linda Liukas at the 2017 Nordic Business Forum in Stockholm, you would think it happened by accident: “When we started, we had no idea what we were doing,” he said. “I just thought of a catchy name that wasn’t registered yet and tried to design a logo.” So how does a fledgling graphic designer, fresh out of college, go on to launch one of the largest tech companies in the world?

The answer begins in Palo Alto, 1999, during the heyday of the dot-com boom.

Lessons from the Valley: How to create a disruptive product

Hurley isn’t your typical Silicon Valley story: For starters, he hails from New England. He has no Ivy League degree and just one semester of computer science under his belt. In 1999, when he finally arrived in Palo Alto to join a bleeding-edge encryption startup, Hurley had nowhere to sleep but on the floor of a sympathetic engineer.

That startup, by the way, was PayPal. And Hurley’s colleagues? They included Peter Thiel, Max Levchin, and Elon Musk. Together—though they didn’t know it then—they would one day rule Silicon Valley as the legendary “PayPal Mafia”.

This was no coincidence. Unlike other startups birthed during the dot-com boom, Hurley said, PayPal didn’t burn through capital with lavish parties and expensive office furniture—instead, they focused on solving a problem with almost childlike curiosity. Six years later, when Hurley left to launch YouTube with fellow “dons” Jawed Karim and Steve Chen, these are the lessons in product creation they took with them:

Zero to 5 billion daily views: How to sustain meteoric growth

Hurley, Karim, and Chen started whiteboarding concepts for YouTube in 2004. It was the year of Janet Jackson’s wardrobe malfunction at the Super Bowl, of the tsunami that devastated the Indian Ocean, of countless other moments just waiting to be shared. Finally, when YouTube launched a year later, the world had a way to share them.

The response was unfathomable. “When we were graphing our growth, we estimated we would plateau around 30 or 40 million views per day,” Hurley recalled. “It’s turned into billions.”

4.95 billion daily views, to be exact. Most founders only dream of numbers like this—but as Hurley knows all too well, that kind of growth comes with its own set of challenges: “We had three IT guys, and we were maintaining only three data centers within the US. They were just running around, trying to plug in machines to keep things running,” he joked. “We were trying to hold on, hold everything together, and survive.”

And survive they did, unlike YouTube’s earliest viral video predecessors. Take Albino Blacksheep, for instance: Back in 2002, you might have stumbled across an animation on the website of a perky banana, dancing to catchy techno music. It was a good laugh, so maybe you’d email the link to a friend—but by the time they clicked, the site would have already crashed, unable to sustain the traffic.

For YouTube’s founders, however, downtime meant death. To keep the site live, they knew they needed servers and, more importantly, the manpower to maintain it all—and they readied their infrastructure accordingly: Their first hires were not only engineers but also close colleagues from PayPal. “In that early working environment, we knew each other’s working styles, so there wasn’t really a lot of management needed,” Hurley explained. “Everyone knew what they needed to do to make the service work.”

Where do we go from here?

Listening to Hurley, you can’t help but feel a twinge of longing for the early days of Silicon Valley. Now that Janet Jackson is just a click away, Adobe Flash Player is dying, and more online video solutions are emerging every day, what else is there to be excited about? Or, as Liukas put it: For those of us who missed the dot-com boom, is there anything left to innovate?

Plenty, actually. “There’s still a lot of solutions that can be created and will be created,” Hurley said. Following his exit from YouTube and parent company Google in 2007, he’s been a renaissance man of sorts, building a Formula One racing team, investing in sports franchises—and of course, exploring new audio-visual solution. At the top of his list? WebRTC, a protocol for video chat applications. “How can you have more effective meetings through video chat?” Hurley wondered aloud. “There are solutions that exist today, but we’re starting to focus on things that are more mobile-centric, more agenda-centric, more time-sensitive, so hopefully people accomplish more while they’re at work.”

Beyond WebRTC, Hurley weighed in on three major “tectonic shifts” in technology to come:

His predictions, though largely optimistic, came with one major caveat: It’s not enough to build a cool feature. You have to create a revolution. Hurley pointed to his own recent venture, MixBit, which allows users to collaborate on the video editing process. “It’s not good enough,” he said. “What we’ve been working on is just a feature on top of Google or Facebook. You need to do something drastically better or drastically different to break out.”

It’s easier said than done, sure—but Hurley left Nordic Business Forum attendees with the first step: Unplug from social media. “These feeds are detrimental to productivity,” he said. “Any time you have an idea, you feel it’s already been done, or you feel discouraged by what other people are creating because you keep seeing it come through your feed.”
Instead, Hurley asks all of us to take a cue from PayPal, from YouTube, from all the great founders who’ve come before us: “Ignore what everyone else is doing,” he said. “Set your own path.” 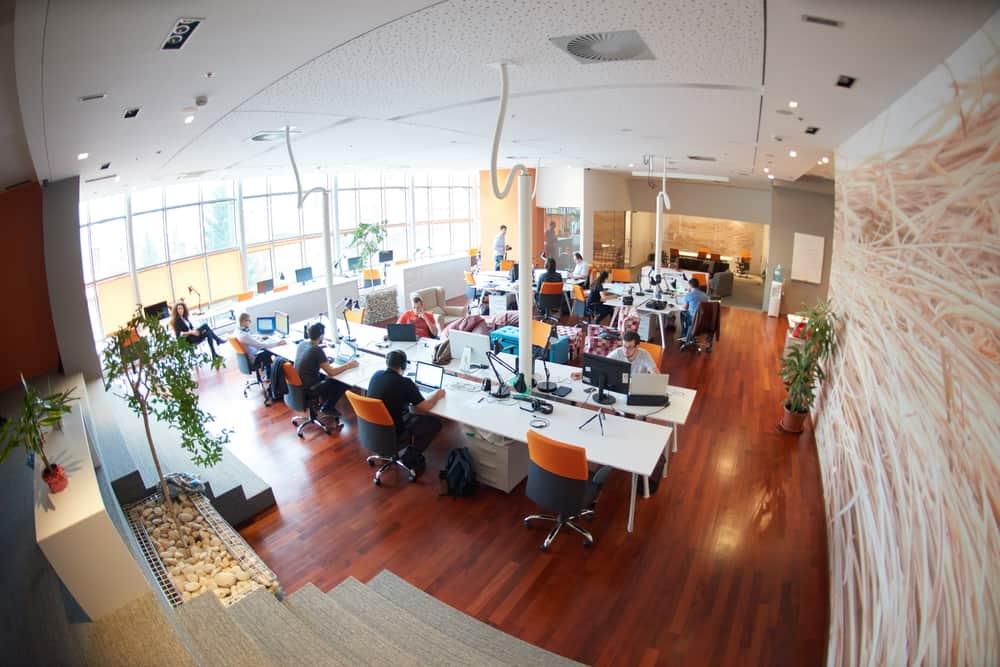 How Should Tech Entrepreneurs Choose an Incubator or Accelerator? 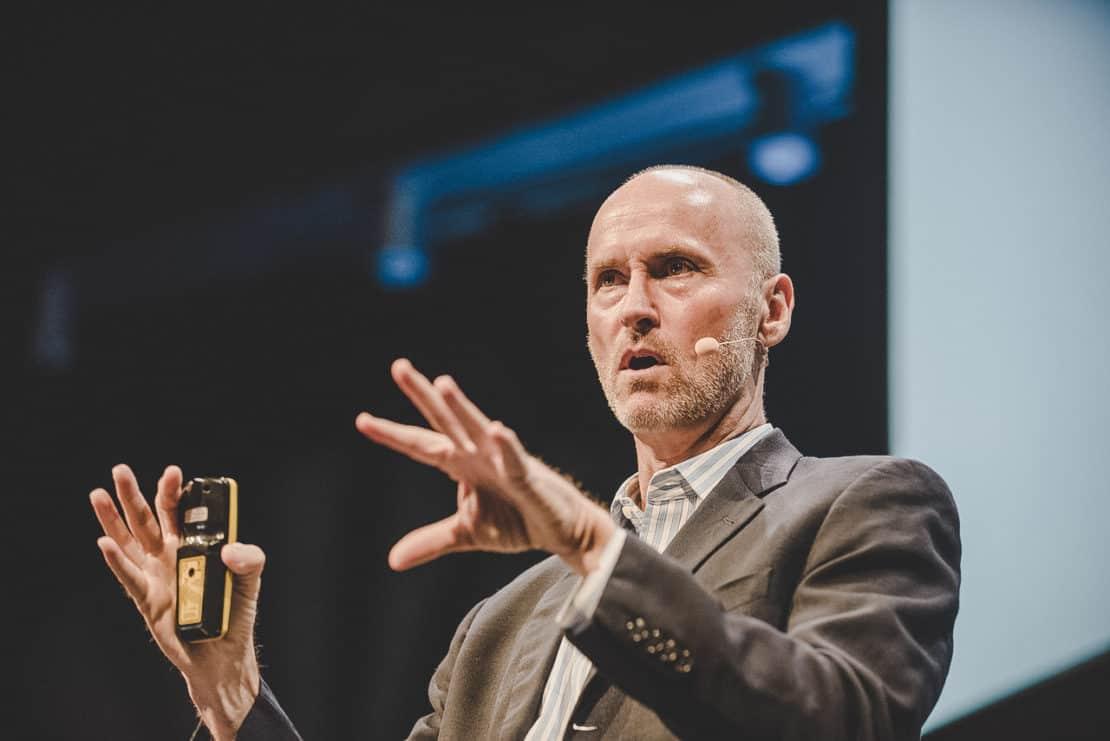