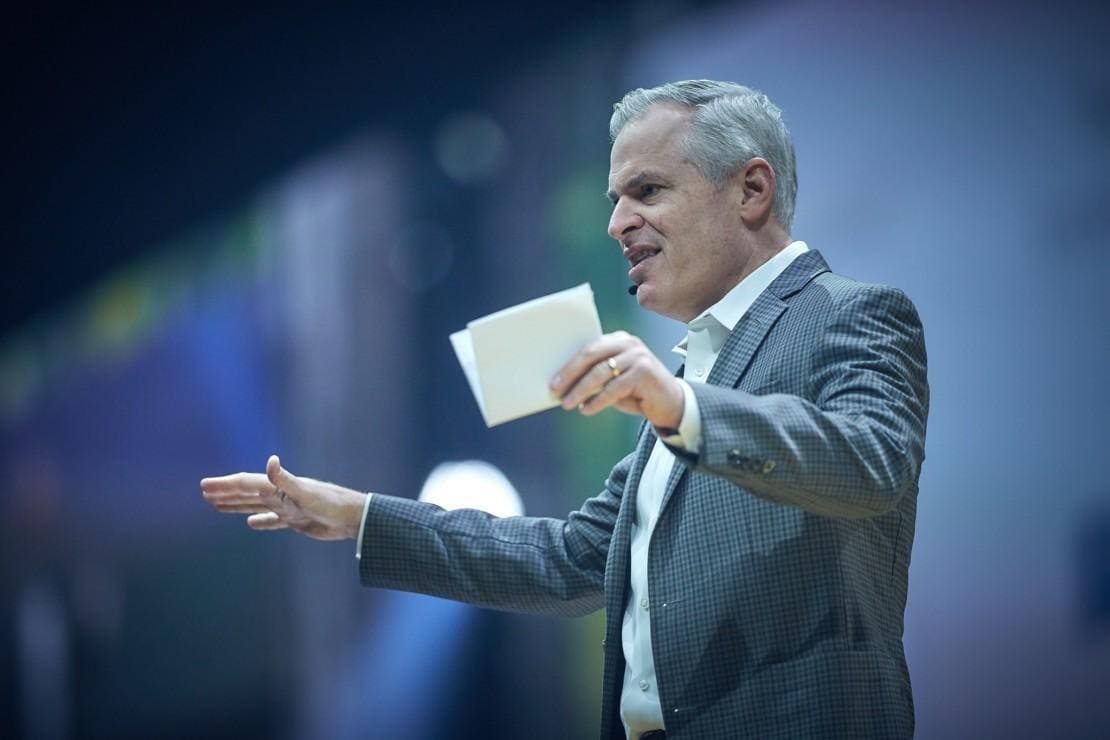 In May 2020, Patrick Lencioni, a bestselling author and a thought leader, gave a passionate talk at our online event on leadership. He emphasized the importance of having the right reason—the right why—to be a leader and challenged us to think about their motives especially now when employees need their leaders more than ever.

The responsibility-centered leaders, on the other hand, recognize that being a leader is actually a huge responsibility that they are willing to take on for others. As Patrick put it: “they know that they’re going to have the hardest, most lonely, and sacrificial job in the organization. Not that it is without some benefits, but those benefits come long after you have accepted and dealt with the difficulty of the job.”

There is a danger that reward-centered leaders often neglect some of their crucial responsibilities because they are unpleasant, Patrick argued and continued that this may cause the entire organization to suffer.

In his talk, Patrick focused on five of the most important leadership tasks that he has seen reward-centered leaders usually avoid and gave examples of the challenges that follow in each case.

The 5 Omissions of a Reward-Centered Leader

1. Having Difficult and Uncomfortable Conversations

The first omission of reward-centered leaders is having difficult conversations with the people they lead. “It’s very understandable that human beings don’t want to have difficult and uncomfortable conversations, but when a leader falls prey to this, it’s very dangerous.”

Patrick sees this as one of the biggest challenges simply because leaders feel it is such an unpleasant part of their job that they rather avoid it. Sometimes leaders even trick themselves into thinking that they don’t have the difficult conversations because they care so much about their people and don’t want them to feel bad. “You need to recognize that ultimately that’s an act of selfishness because you’re depriving the person that works with you of the truth that can make them better.”

The second responsibility that reward-centered leaders don’t like doing is managing their direct reports. Patrick mentioned that many leaders try to avoid being micromanagers, and as a consequence, neglect managing in the first place. Some may even think that their people are so experienced and mature that they don’t need to be managed. To Patrick, this is a fallacy. “Every human being in the world needs management. It might look a little different depending on how high they are in the organization or their level of responsibility, but they need to be managed.”

And what does Patrick mean by managing? According to him, every person needs their manager to know what they’re working on, to help them clarify their priorities, to be up-to-date about their progress, and to coach them if they have problems. “If we think that’s micromanagement, then please by all means be a micromanager. I found that the world is suffering much more in organizations today from a lack of management than it is from excessive micromanagement.”

The third task reward-centered leaders often neglect is running meetings. Patrick pointed out that many leaders he talks to try to avoid meetings because they think they are boring and a waste of time. He claimed this to be ridiculous. “There’s nothing more central to being a leader than running meetings. Because a meeting is where a leader demonstrates whether they’re a leader.” Patrick said that the best leaders he knows love their meetings and realize that meetings are critical.

He further explained that if we wanted to know if a person is a good leader, we would go and see them running a meeting. “We would go and watch them during a meeting to see if they knew how to orchestrate good conversations, to probe for the right issues, to lead people to make decisions, to get them on board, and to achieve clarity for their organizations.”

The fourth crucial task reward-centered leaders avoid is developing their leadership teams. What Patrick meant by developing a leadership team is more about building a cohesive team that works really well together rather than about having a retreat every year or going golfing now and then. “I mean sitting down in a room, and really working on your relationships, your ability to solve problems, and your ability to be completely honest with one another in a way that makes the relationships and the team stronger.”

Patrick argued that leaders should take the responsibility to ensure that everyone knows and understands one another, so that they can argue well and trust one another, and that they will hold each other accountable. Far too often leaders try to delegate this to the HR department or a consultant, even though it is the leader’s responsibility to make sure it gets done successfully.

5. Communicating Constantly and Repetitively to Employees

The final responsibility that reward-centered leaders don’t like to do is to repeat themselves. “I like to say that if you’re the CEO of an organization, you’re really the CRO – the Chief Reminding Officer. Your job is to communicate, to over-communicate.”

Patrick mentioned that research shows that until a leader has said something seven times (yes, you read that right) people in the organization are not going to believe what they say. A leader needs to communicate clearly and regularly about what’s important, he highlighted and continued that “as a result of that everyone in the organization believes it, remembers it and acts on it.”

He underlined that the fundamental difference between the two leaders comes down to the question of “is being a leader about you, or is it about the people you lead?”. According to Patrick, this will have more to do with the success of your organization than anything.

Finally, he emphasized that it is important to notice that the division between the two is not black and white. Some people might be mainly responsibility-centered yet act reward-centered in some cases. You can also become or learn to become the other. Patrick’s tip for the reward-centered leaders is: “If you think you’ve been reward-centered in the past, go confess that to your people and tell them you want to turn over a new leaf. Vulnerability is the most powerful thing in building trust.” 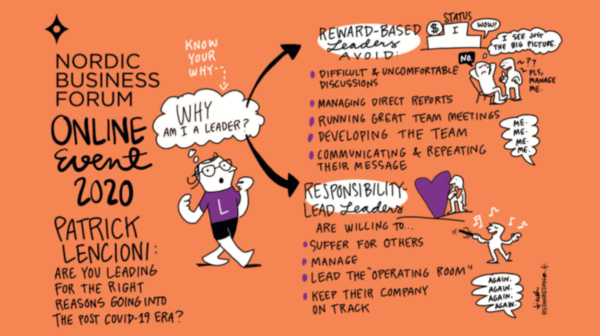 This is a summary of Patrick Lencioni’s keynote at our online event in May 2020. If you want to read what the other speakers said, download the full event summary. 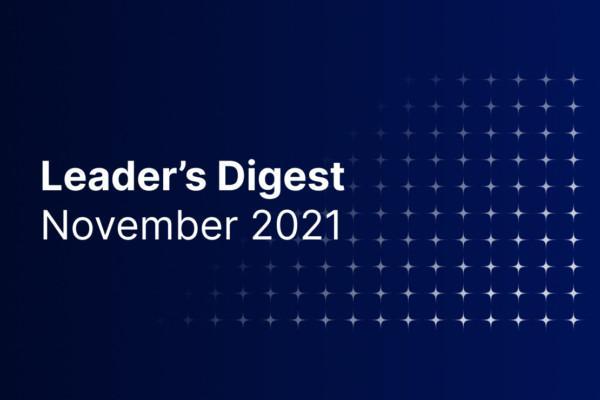 Top Content Picks 💡 Alex Osterwalder rethinks innovation: how to turn your activities into impactful results? 📈 94% of CEOs believe that their company is not good enough at innovating. Put innovation at the heart of your organization today. 💥 […] 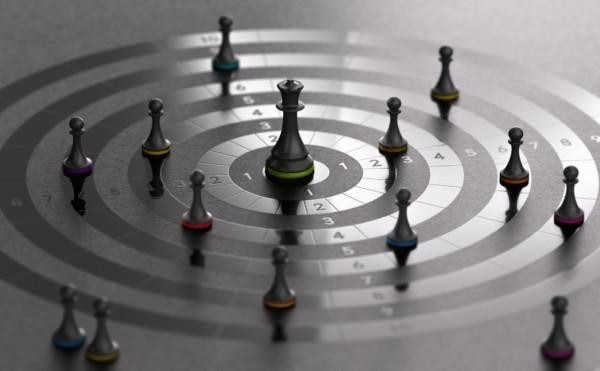 10 Empowering Quotes to Level Up Your Leadership

Earlier we listed 10 powerful innovation quotes from our past speakers, and now we do the same for the topic of leadership. Sometimes it’s these simple sentences that can inspire and empower you to get to the next level. Jim […]