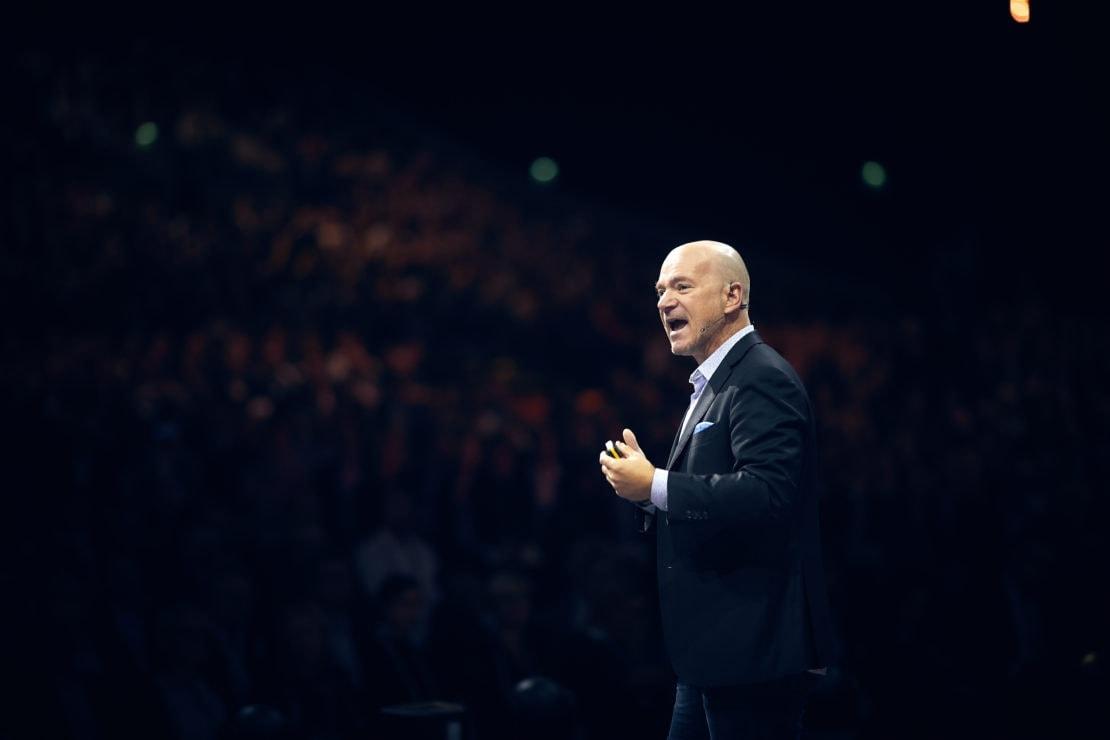 All the hype about machine learning and Artificial Intelligence (AI) is true, MIT research scientist Andrew McAfee said in the opening words of his presentation at the 2018 Nordic Business Forum in Helsinki.

He was there to make one important case: Despite all the hype, we are still greatly underestimating the effect AI will have on our lives.

“The more I look around,” said McAfee, “the more deeply convinced I become that we continue to underestimate exactly how big, deep and broad the changes, transformations, and improvements are going to be.”

As co-founder and co-director of the Initiative on the Digital Economy and principal research scientist at MIT’s Sloan School of Management, McAfee studies how computer technologies are changing business, the economy, and society. His newest book, Machine, Platform, Crowd: Harnessing our Digital Future offers an executive’s guide to succeeding in an era when technologies are hurtling forward at a startling pace.

McAfee spoke about the history of AI, the newly emerging division of labor between man and machine, and what we can expect in the second machine age.

To illustrate the progress made in the field of AI in just a few short years, McAfee shared the history of how humans have taught machines to play games.

Until as recently as 2015, we were successful at programming machines to beat humans at games like chess, with clear rules and strategies. “It’s basically just an algorithmic search problem,” McAfee explained. But we had little luck building computers that are good at playing games in which the rules and strategies are less clear.

All of this changed in March of 2016 when Google’s AlphaGo AI beat champion Lee Se-Dol at the game of Go.

Prior to this breakthrough, coding strategies into a computer to teach it to play Go didn’t work well. This is because, as McAfee put it, “Nobody on the planet can tell you how to play a good game of Go.” Unlike chess, success in Go is based less on understanding clear strategies and more on “intellect, judgment, and intuition.”

It is a good example of Polanyi’s Paradox, McAfee said. “Human brains have a really interesting feature – we know more than we can tell.”

AlphaGo made a specific play in one of the games, that is now simply known as Move 37. It surprised Go experts, as to them, it just didn’t make sense. And yet, it eventually helped to lead to the AI innovation’s swift victory.

“We human beings don’t play Go this way,” says McAfee. “As far as we know, we can’t play it this way.” But for McAfee, this example – as well as other recent examples of machine learning in games – tells us a lot about the future division of labor in a world with advanced AI.

Dividing up tasks between man and machine

Up until recently, we thought Polanyi’s Paradox gave us a good rule of thumb for dividing up work between humans and AI. Machines would excel at tasks involving searches, record keeping and math, while we humans would be responsible for other, more deductive things.

The AlphaGo win led many people, McAfee among them, to reevaluate this division.

“We realized we were living in a new era,” he said. “Now, even in areas where Polanyi’s paradox applies – where we know more than we can tell – we can still build machines that are better than the very best people at this task.”

Not only can artificial intelligence complete tasks better than humans, it approaches those tasks differently. McAfee likened this to a third kind of knowledge. “Better and different is a very powerful combination.”

He points out several areas in which AI has made recent breakthroughs, including recognition of conversational speech, diagnostic leaps in the medical fields of radiology and ophthalmology, energy efficiency monitoring of large data centers, and the detection of subtle patterns in genetics.

The value of humans in the second machine age

McAfee acknowledged that for many, the idea of human expertise being outpaced by technology is scary and uncomfortable. But he doesn’t see it this way.

“In this era of AI and machine learning, we have an alternative. The progress we’ve seen gives us a glimpse of what might be possible if we just let the machines take the lead.”

So will the human mind still have value in the second machine age? According to McAfee, this will still very much be the case. He lists four areas in which humans still will have something to contribute.

The first is common sense. McAfee said that machines simply don’t have it and so, when the stakes are high, it is always necessary to “keep a person in the loop”.

Next, he lists the inherent human ability to ask questions. Computers still don’t know what to work on next, and so it is up to Homo sapiens to continue to generate the next questions to be solved and be inquisitive about the future.

Third, McAfee points out the advanced social skills that humans possess that are necessary to navigate our complex world of interactions, where we are constantly negotiating, coordinating, motivating and persuading.

And lastly, he said that humans have the unique ability to partner with AI to fashion a new world.

He said while machines will open up new territory, humans can explore that territory in partnership with the technology to create the optimal final product.

He used the Shanghai Tower as an example: The designs were drafted by a computer to match the given specs, but then human architects improved the aesthetics.

“The people who are currently in the business of opening up new territory are going to have to react to a new reality,” said McAfee in his parting comments. “But it is a reality that’s going to let us make much faster progress. Stay tuned. It’s going to get interesting.” 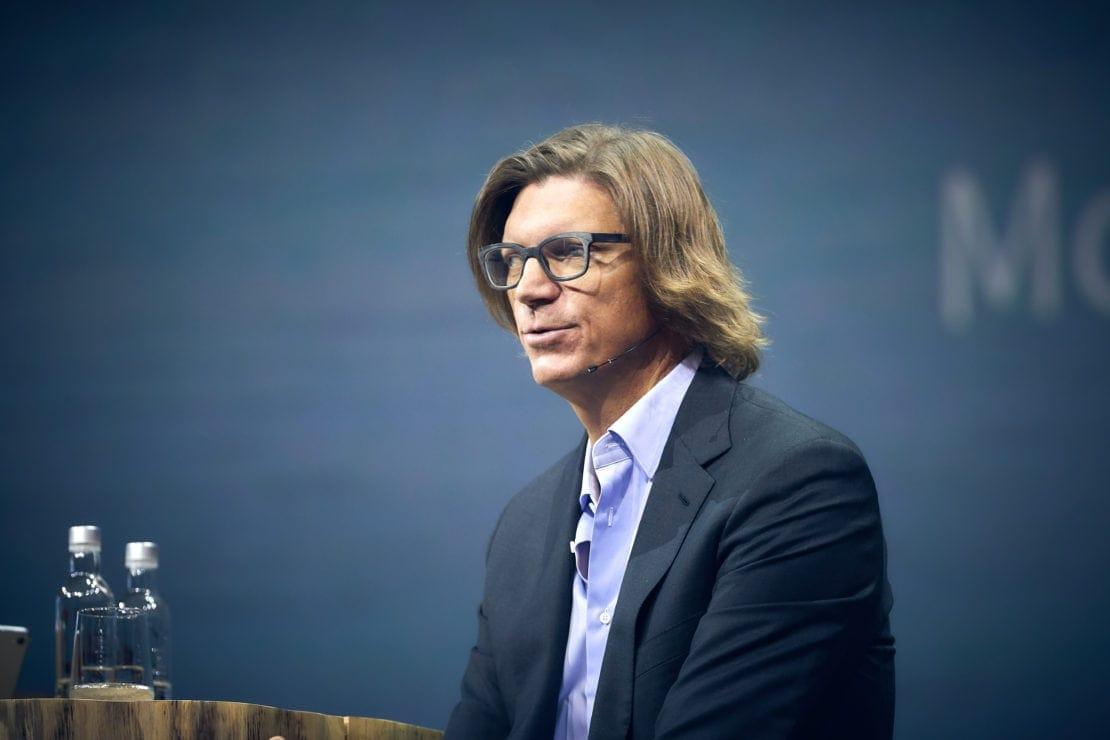