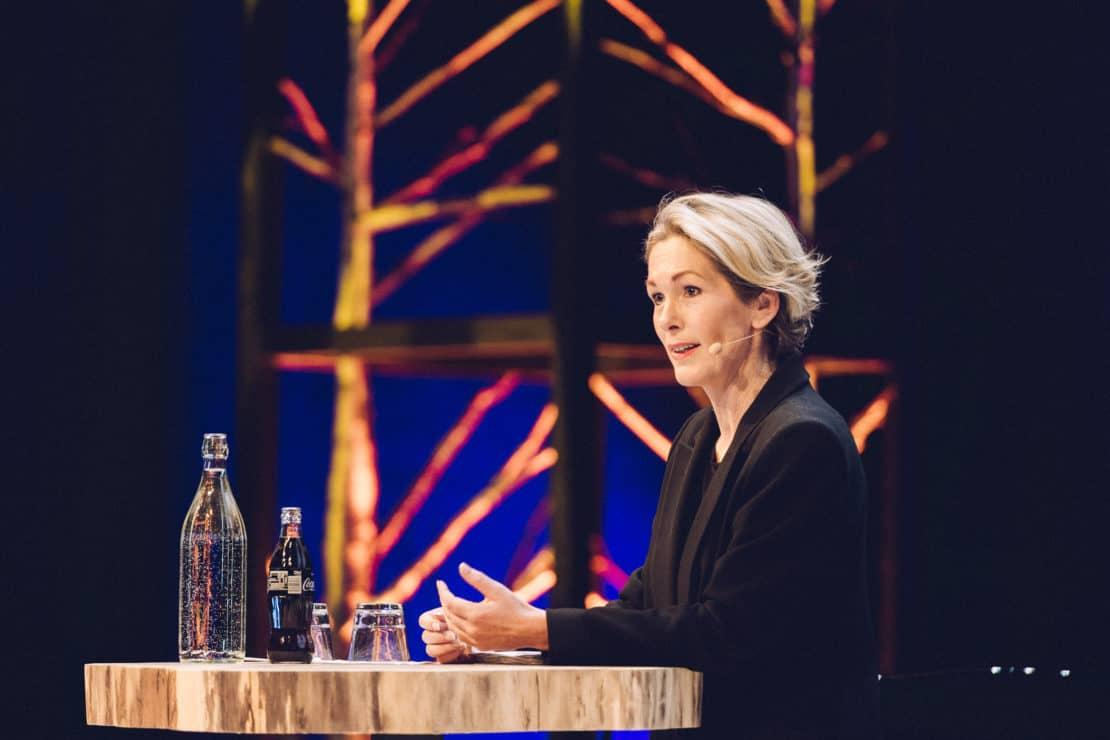 Anita Krohn Traaseth: The Times They Are a-Changin’

Anita Krohn Traaseth is one of Norway’s top young business talents, the author of Good Enough for the Bastards, and the CEO of Innovation Norway. Krohn Traaseth references the lyrics of the iconic Bob Dylan 1964 song “The Times They Are a-Changin’” and asserts that they are still relevant today when thinking of lean leadership. She poses the question: “Is lean leadership possible for the public sector?”

In 2015, the UN adopted the Sustainable Development Goals (SDGs), which defined the 17 most important human, environmental, and economic factors that need improvement. From a business perspective, these are more than goals. They are an order. “If you can solve any of these issues, you have a global market,” explains Krohn Traaseth. She continues to describe how solving these challenges allows for new technology, new innovations, and new Steve Wozniaks. That prospect is extremely interesting for small countries like Norway and other Scandinavian regions because it shifts how they perceive the world and their place in it.

One of the SDGs is called “Life Below Water”, which aims to eliminate pollution and overfishing to promote healthy oceans and seas. Krohn Traaseth believes that this topic resonates with Norway as it is well-positioned to gain insights and sell technology and solutions that contribute to this goal. Moreover, some solutions could offer huge potential for technological breakthroughs, leading to growth in the health and med-tech sectors. One solution could be developed from mushrooms found in the sea, which are being studied by Norwegian scientists to determine if they could create the next generation of antibiotics. The country is already the second leading seafood exporter (behind China), but it believes it has more to offer as an ocean nation.

The biggest obstacle to Norway’s success, according to Krohn Traaseth, is figuring out how to scale solutions into sustainable businesses. The country is not a big market, encapsulating roughly 5.2M people. Lean leadership may be the key to scaling. In order to solve the UN’s list of issues, Krohn Traaseth advises, the public and private sector need to work together; issues cannot be solved in a vacuum.

As the Norwegian Government’s leading agent of change for enterprise innovation and development, Innovation Norway is tasked with building strong entrepreneurs, transforming existing industries, and building new clusters of industries. In 2017, Krohn Traaseth explains that the company called for new innovations, hoping to encourage more collaboration and innovation between public and private sectors.

Krohn Traaseth believes that this collaboration is required because there is a gap between the income and expenses in the public and private sectors, which will continue to increase by $5B each year. In 2060, this gap will represent 10% of Norway’s total expenses. Norway is currently one of the wealthiest countries in the world and one of the most desirable places to live. One reason why the citizens are so happy is because of the welfare services available to them. Citizens are not willing to compromise on these services, so Norway needs radical innovation and new ways of thinking to close the expense gap.

Krohn Traaseth reassures that Norway’s expense gap is not large compared to other countries. Norway has always been a country that saves money; there isn’t a sense of urgency around this gap. The country is hailed for creating the world’s largest pension fund, and believes in saving for future generations. However, changes in mindset may be required if it is to begin investing in new technology.

Still, there is no time like the present to begin work. Krohn Traaseth illustrates three ways in which Norway can close the expense gap: increase revenues, decrease costs, and increase the number of people working (as well as how much they work). Innovation Norway focuses on finding the low hanging fruit and, in this scenario, that is increasing productivity. If productivity could increase by 0.5% in the public sector, then the gap would close.

Norway could also take the lead from Sweden and its export strategy. Sweden does not have a vulnerable export chart, but Norway does. Krohn Traaseth describes how, during the past year, the country launched an export strategy where the public sector, and its purchasing power, made a big impact. The city of Bergen, for instance, created clean energy and exported it around the world. This was made possible by the collaboration between the public and private sector. Every year, the Norwegian government buys $5B of product and services; this money could be used to help boost startups and transform existing companies.

In contrast, Krohn Traaseth asks: What would happen if the public sector was to innovate on its own? One example of this happening is within the school systems. She briefly describes the traditional classroom setup, which has been the same since 1905. Public sector innovation has been mostly incremental, but one recent radical change in schooling came from the private sector. Krohn Traaseth tells the story of a young female engineer who created robots to be the eyes and ears of students who cannot attend school because of poor health. She quickly reaffirms that the robots are not learning on behalf of children, but rather, they’re communicating with teachers and relaying information to the children. The hope is that this technology can be used to help children in underprivileged regions of the world.

“No one can innovate by themselves,” Krohn Traaseth states, citing a study that evaluated whether the public or private sector in Norway is more inclined to be innovative. The study found that both sectors rank equally for incremental innovations, but big changes are more likely to come from radical innovators in the public sector. Krohn Traaseth claims that the gap between delivering incremental innovation versus radical innovation is significant; currently, only 1.4% of Norway’s public procurements are innovative, leaving a lot of room for improvement.

Innovation Norway is working on changing the way public procurement is handled. Krohn Traaseth demonstrates this by describing a new law recently introduced in Norway to promote innovation — in fact, the word innovation was mentioned in writing over 30 times. Now, unlike before, if you’re a startup and a public servant, you can host a workshop to explore your industry’s needs and have a dialogue openly about innovative solutions and resources. If you create something, you can pilot test the solution for the municipality and get paid for it. In other words, you can compete and you can win. Krohn Traaseth says that this new law is just the start of future changes within the culture. The city of Bergen is using the Internet of Things (IoT) in private and public innovation, which allows organizations to think at scale. Using the example of lightbulbs, Krohn Traaseth says that the city can have a conversation about making 1,000 buildings more eco-friendly rather than focusing on just buying better light bulbs. Another example is applying innovative solutions that make tourists feel safe in the mountains. This problem was solved in 36 hours with the help of entrepreneurs. In Krohn Traaseth’s words: “To be Lean, you have to work with partners and you have to open up!”

Innovation Norway’s vision is to be “easy to use and easy to love” — but this is not an easy task. Krohn Traaseth jokes, “Do you have that impression of any bureaucratic organization?” This challenge hits home for many companies, and especially so for one with offices all over Norway and in 30 countries, more than 1000 pages of policy documents, and 100 different services offered.

Krohn Traaseth describes how she and Innovation Norway are making a change by hosting more than 1,000 speed-dates with customers to learn what they should be doing to be easier to use and love. To its credit, Innovation Norway has improved its response times, reducing the startup application process from 60 days to four, and integrating 17 systems.

Finally, Krohn Traaseth claims that Norway needs more imitation. The Norwegian municipalities have the potential to cut costs – equivalent to 12% of operating costs – by learning from each other and applying best practices. These costs would equal $50B each year. “We will never be able to solve the world’s problems if the public and private sector don’t start working together,” Krohn Traaseth announces. The global community is already starting to see change; in order for the potential for greater development to grow, Norway and the world needs the public and private sector to work together. 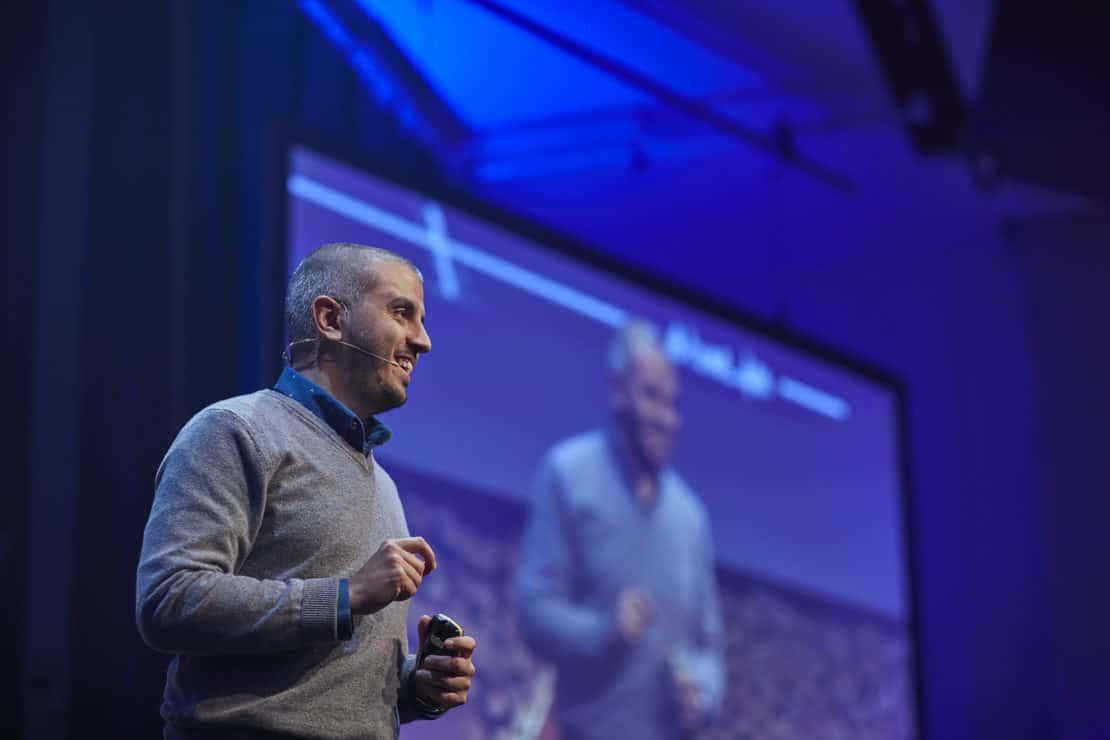 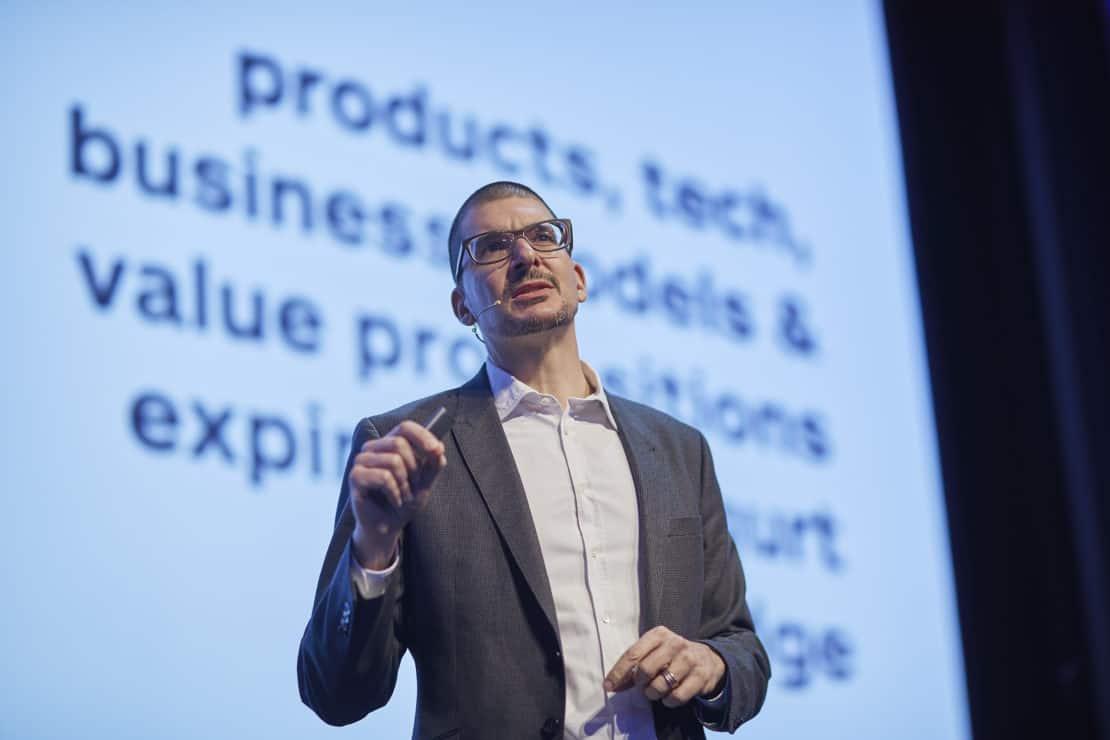