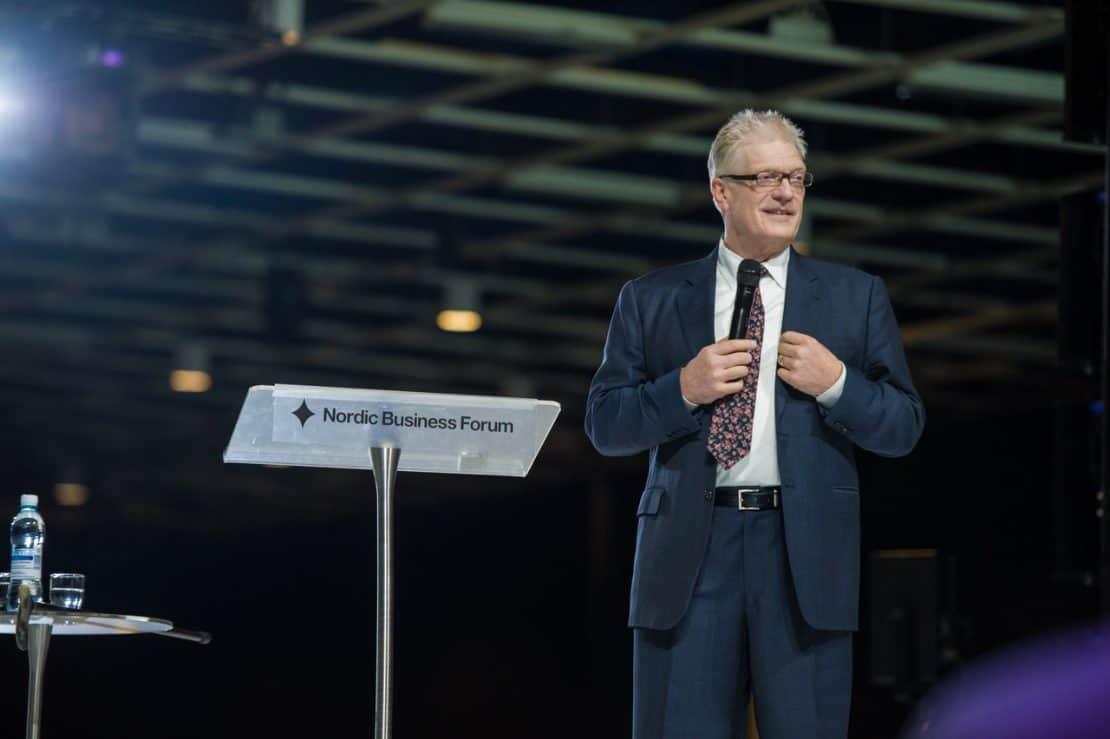 Creating Our Own Destiny Through the Element Within

People often ask the question, if you could choose your perfect dinner guest, who would it be? After only five minutes most of the audience had Sir Ken Robinson at the top of their wish list. Witty, charming, thoughtful and highly engaging, the Nordic Business Forum sat comfortably whilst Sir Ken revealed How Finding Your Passion Changes Everything.

The world and our lives are constantly changing. We all know this and yet it seems to be human nature to act in a way that is incongruous to the reality. Not for the first time the auditorium erupts with laughter as Sir Ken jokes about his famous TED talk in 2007, “I wasn’t born at TED you know! I was alive before that.” He explains that most people became familiar with his ideas through the online video, spread around the world via the Internet (the point here being the power of technology helps us to engage with millions).

“John Dewey once said that ‘every generation has to rediscover democracy.’”This reference really strikes a cord, especially with the negative perception of democracy posed by Dambisa Moyo earlier in the day. “People take things for granted very quickly [and] habits of mind… become seductive.” This provides a more constructive outlook, highlighting the need to take responsibility for making constant improvements to our systems otherwise they will become obsolete or even detrimental to our existence.

The Forum listens intently as Sir Ken presents his analysis of the challenges we are facing:

Technology is changing the world constantly and more dramatically than at any point in our existence. Most people underestimate their impact and potential or do not understand properly their own talents and abilities. To ride the revolutionary wave humans have to adapt faster and more creatively than we are doing at present.

The complimentary cycle of technology and imagination

Human creativity and human culture have progressed hand in hand with our capacity to develop technology.

Fire, the wheel, the printing press, the steam engine, the aeroplane, the Internet – just some examples of technology that has catapulted human progress forward as breakthrough innovations suddenly set our imaginations loose on a whole new world of possibility. Sir Ken summarises the two critical impacts technology has on our reality:

Sir Ken eulogizes about the wonderful way in which technology has enhanced our capabilities as human beings and “unleashes other forms of creative capacity,” the consequences of which we cannot ever predict.

The evolving synergy between organism and machine

The point I’m making is that our relationship with technology is critical to how we think and feel.

Sir Ken really has the audience engrossed as he expands our comprehension of the relationship we have with technology. “It doesn’t just extend our reach, it affects our sensibilities, our sense of time, our patience and everything.” A picture of ‘Google Glass’ appears on the screens in front of us. Whilst Sir Ken is a techno-fan, for him this seems a step too far. His link to Ray Kurzweil’s concept of ‘singularity’, where “information systems…merge with human consciousness,” goes some way towards explaining his apprehension. “The point is that [technology] is accelerating, becoming more pervasive, cheaper, less predictable, but also totally transformative.” His concerns continue as he reminds us that throughout history our curiosity has always led us to exploit technology in any way imaginable. Given this, “the potential merging of [computers] with genetics, neurology and the human mind presents an entirely different horizon.” I have to say that Sir Ken comes across as calm and assuring about such an eventuality, albeit with a glance towards the shadow of uncertainty.

All of the challenges we currently face on earth… are the result of human creativity.

As well as the technological aspect of the revolution Sir Ken is describing, there is the fuel of demographic change accelerating the whole process. Although there is no certainty, most researchers believe there to have been around 100 billion people ever to have lived on Earth – nearly 10% of which are on Earth right now. This population explosion means that associated learning is multiplying exponentially, and the proliferation of imagination is spreading like wildfire, coupled with new and hidden challenges from the pressure we put on our environment. Sir Ken points out the danger that if everyone wanted to live as people living in North America do, the world can only support a population of 1.5 billion – oops! Now put that alongside the massive shift that is taking place in the populations of the developing countries and you’ve got a serious problem.

Imagination to me is the fountainhead of every sort of distinctive human achievement.

Now we are treated to Sir Ken’s blueprint for a better world. It’s only a summary so if you want the detail then you need to buy his books – they’re fantastic, apparently. At the heart of this philosophy is of course creativity, or how we apply our imaginations. Sir Ken is at pains to stress three important principles. These are: 1) Creativity is not an “exotic power”, we are all capable of being creative, 2) Diversity is critical, we are all different and our diversity is an enormous, unrealised resource, and 3) Life is organic, not linear, meaning that the conditions we live in will affect our decisions and behaviours, making the future entirely unpredictable.

Sir Ken incites us to search for our ‘element’, his term for the activity in life that combines our true passion with our natural talents and abilities. Sir Ken explains that, “if you do something that you love to do then an hour feels like five minutes.” Sir Ken reinforces the point that our lives are what we make them – they are organic. There is an important message here for business as companies also behave like organisms. Too often we think of them as like machines, ignoring the fact that they are full of living, breathing individuals who are making decisions every day that will affect if the company dies, thrives or survives. This is why Sir Ken thinks that leaders need to radically change their approach. “If you want innovation in an organization – and it’s really innovation that’s the pulse of a company’s growth – you have to lead differently.”

Sir Ken brings his inspiring and insightful talk to an end, gracefully concluding with the following remarks:

“Education, our communities and our companies and the interactions between them, together they have a joint responsibility to create the conditions for human flourishing.

I think the challenge has never been greater, which is why I invest so much of my time and effort trying to promote the idea of human creativity at the heart of our human education systems and the way we do business. However, even if we do get it right, we still won’t be able to predict the future, but at least we will have a future and it may well be a future that we’ll want to live in.”

Sir Ken Robinson is an internationally recognised thinker and leader in the development of education, creativity and innovation. Despite catapulting into the worldwide consciousness with his TED talk in 2006, he has been communicating his thoughts and ideas on these issues for 40 years. An author of multiple books, the works entitled The Element and the follow-up Finding Your Element expand on the ideas behind his presentation at the Nordic Business Forum. 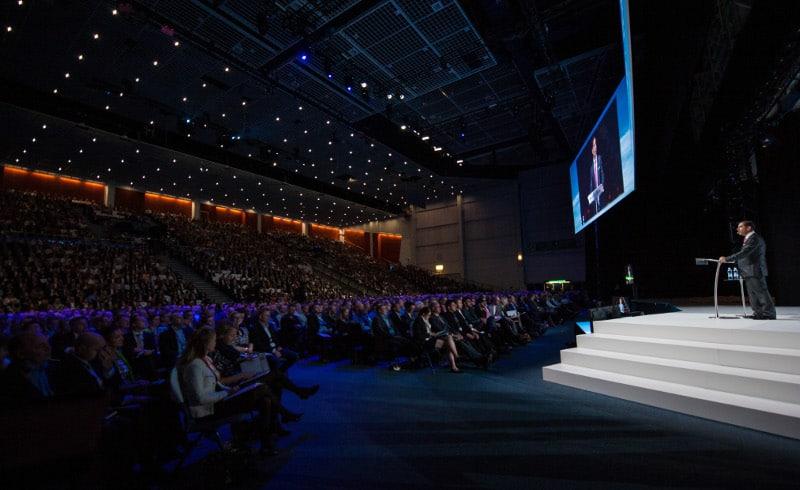 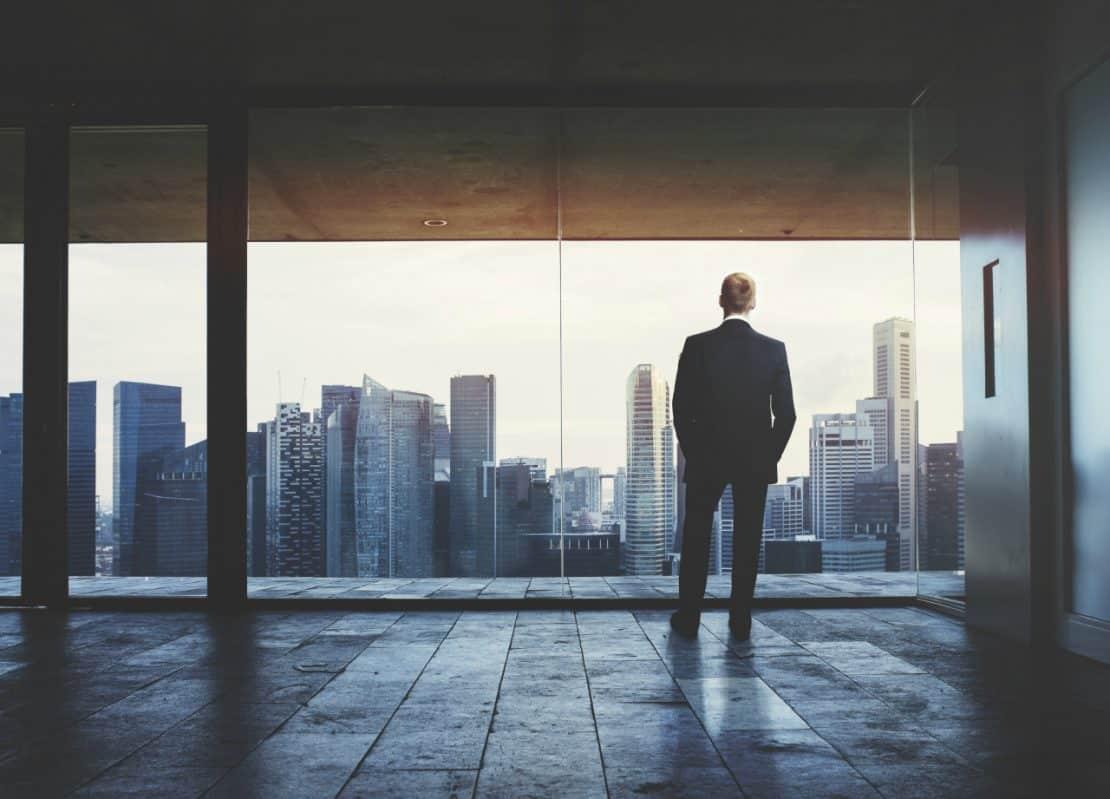 One Dream, One Goal, One Vision!