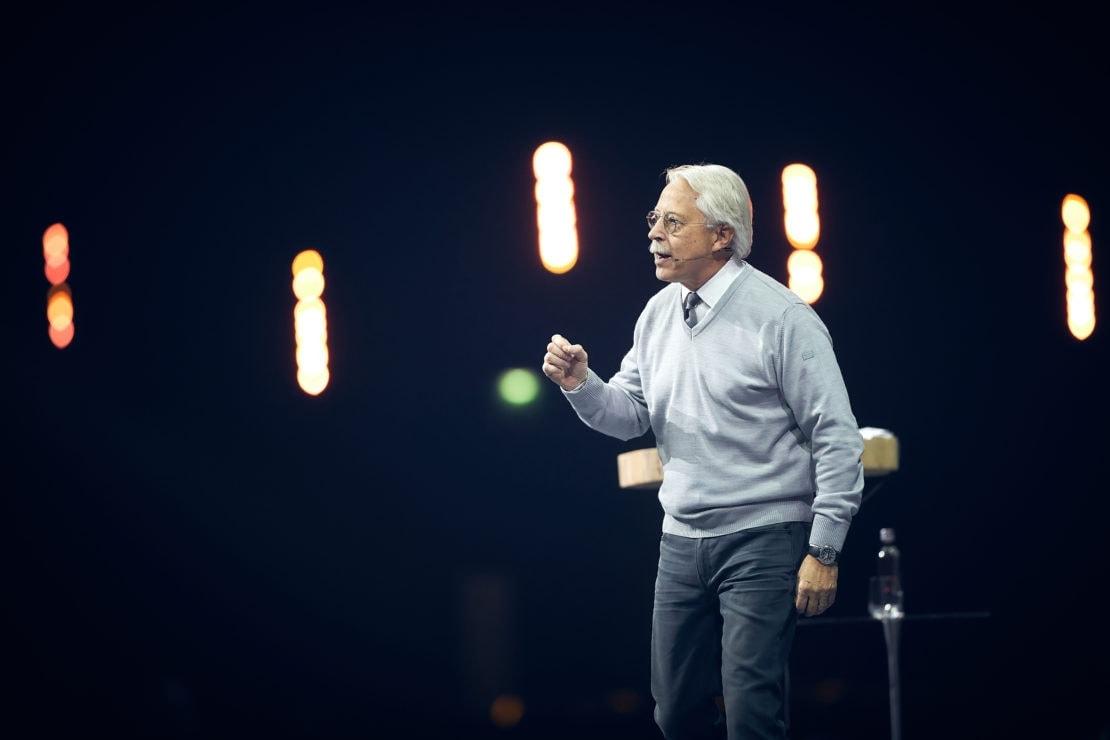 “We must inoculate companies against a world of accelerating change,” said management expert Gary Hamel, starting his presentation at the Nordic Business Forum.

“Are we changing as fast as the world around us?” he asked “No. The world is endlessly surprising – all punctuation and no equilibrium.”

Hamel pointed out that 90 percent of all the information we have access to today has been created in the last two years. Consequently, many organizations have struggled to stay relevant. In a cover story that he wrote for the Harvard Business Review 20 years ago, he predicted how the internet would change the relationship between producers and consumers in ways more profound than we could imagine.

At that time, Amazon was valued at just $610 million – 240 times less than Walmart. Now, Amazon controls 49 percent of US retail e-commerce sales, has a market cap of over $920 billion, and has added the value of Wallmart to its market cap in the past twelve months. The speed of change is staggering.

Now, Hamel wonders why German carmakers are still struggling to penetrate the electric vehicles marketplace. “What were they paying attention to in the past ten years while Tesla had the insight to build a car around a giant screen?” he asked. In Europe in 2017, Tesla, which had turned its car into a rolling personal device, sold more flagship Model S cars than the rest of the German luxury car brands in that marketplace. Why? Because Tesla had entered the market with a fresh, disruptive perspective and free of the restrictive expectations attached to other brands.

Don’t lash yourself to a supertanker

Next, Hamel went on to ask what it takes to provoke a company to reset their strategy. “Does management have to undergo some sort of ‘valley of the shadow of death’ experience in order to recognize that something needs to change?”

He used British retailer Tesco as an example of a big retailer that lost its way. Even after replacing the CEO, it had not been successful in reclaiming the competitive ground it had lost. Change, Hamel said, “must come from reinventing customer experience.” But instead, when companies are confronting the winds of creative constructions, they lash themselves to a wallowing supertanker rather than raise their sails, seeking to join forces with a rival, believing that bigger is always better.

But this logic, Hamel pointed out, is not about economies of scale. It’s about political power. Simultaneously, the screen behind Hamel showed a list of struggling multinationals that had merged with others to create even larger organizations. “It’s about political power and being big enough to influence the market. This is how organizations respond to change – by getting bigger.” Contrary to a popular belief, people are fine with change, not against it, Hamel argued. He argued that we as humans are not against change as such; it depends on how the change is presented and who initiates it. Organizations, however, are “change phobic,” as Hamel put it.

Prepare to outrun the future

According to Hamel, the biggest threat to renewal is the human capacity for denial, especially when the future appears unpalatable. “The future is surprisingly indifferent to our preferences,” he said recounting an incident when he spoke to a large group of senior people at Microsoft. His speech described the coming “post-PC” world, a comment that was not well-received by the Microsoft audience. Pulling him aside after the speech, one Microsoft VP reminded him that the company’s vision was not the post-PC world but the “PC Plus world” in which Microsoft products would continue to exert dominance.

Hamel displayed an image of then-Microsoft CEO Steve Ballmer, who had vigorously stated back in 2007 that he could not see the Apple iPhone ever gaining significant market share. He could not imagine packing that much value into a phone. For Hamel, this demonstrates that the people at the top of any large and established organization feel they must defend the decisions they made ten years ago. “Companies miss the future when leaders fail to write off their depreciating intellectual capital, but they still get to make the big calls,” he said. He compared the thoughts of AG Lafley, former CEO of Procter & Gamble, who had said only CEOs could make the strategic calls, to those of HCL Technologies’ CEO Vineet Nayar, who believed the idea of the “strategist in chief” is bankrupt.

In Hamel’s mind, the essence of successful change is that it starts at the bottom, with individual people, rather than a cloistered executive. As an example, Hamel mentioned IBM, that has used a market-based mechanism as a part of its innovation strategy to determine which projects to fund next. It is called IBMFundIT and it is being used to place “bets” on AI development. The IBMFundIT philosophy is: “When you sit at the top, you can’t see new opportunities.” IBM approached every single employee to ask them for ideas. They allowed every employee to invest $2000 of virtual money on projects they liked and form a shortlist of projects, which was eventually presented to the CEO.

Hamel reminded the audience that everyone is willing to change, but we need things we are willing to change for. We are defined by the challenges we embrace, but many organizations have no real sense of purpose. You cannot expect accomplishments if you set yourself meager goals.

Apple has reinvented numerous ways in which consumers live their lives through its products. There is a logic behind this approach with no better example than Apple’s flagship store in Chicago. This building does not look like a store. It is reminiscent of a major library in its grandeur and has been offered to the public as a type of gift to the community.

From the earliest days under Steve Jobs’ leadership, the question at Apple has always been: “How do we make you feel?” Hamel quoted Jobs further: “We exist at the intersection of technology and liberal arts. These are our poetry and prose.” According to Hamel, Jobs understood that great success comes from great passion.

In closing, Hamel displayed a list. The left column displayed words commonly used to describe actions and attitudes within a company like “differentiation” and “quality”. The right column displayed aspects more closely aligned with human nature, such as “truth” and “wisdom”.

“As leaders, we don’t think of ourselves as being ideological,” he said. “But at the heart of management, there is a deep ideology that we don’t talk about. Think about the word ‘manage’. Most often the synonym for ‘manage’ is ‘control’. But controlism has slipped the moorings of common sense.”

If businesses want to build an economic advantage, people need freedom. “We have to reinvent control,” Hamel demanded. As the last example, he explained that employee teams at W.L. Gore, the manufacturer of Gore-Tex, choose their own leaders and can ‘unchoose’ them with equal ease. Every associate gets to choose his or her own commitments. At the end of every year, they are each presented with a list of 25 colleagues and rank each by the value perceived.

Hamel finished by turning to the audience and challenging them to think of ways in which they might make similar changes to their own organizations. 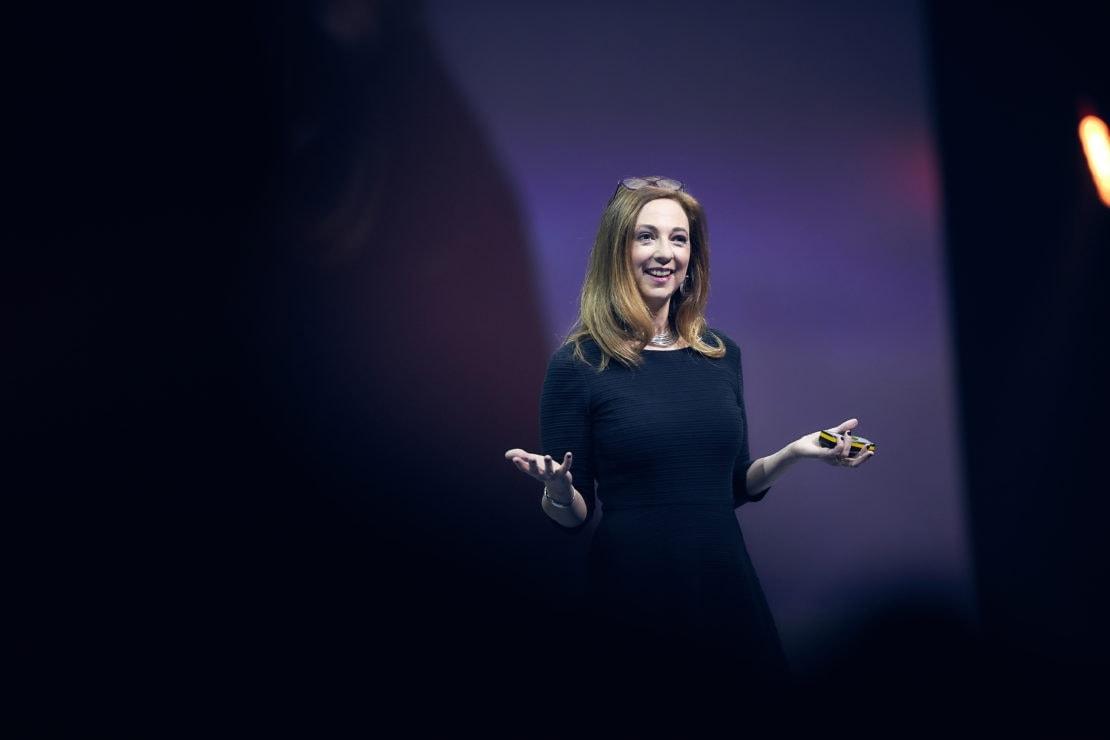 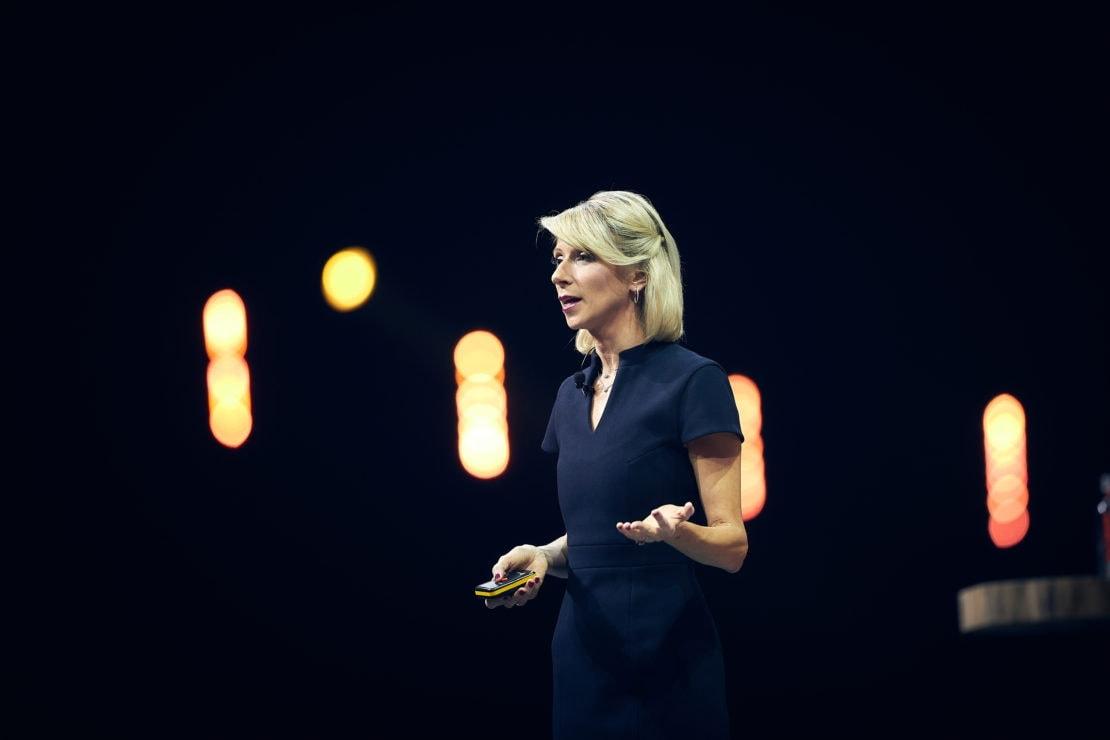