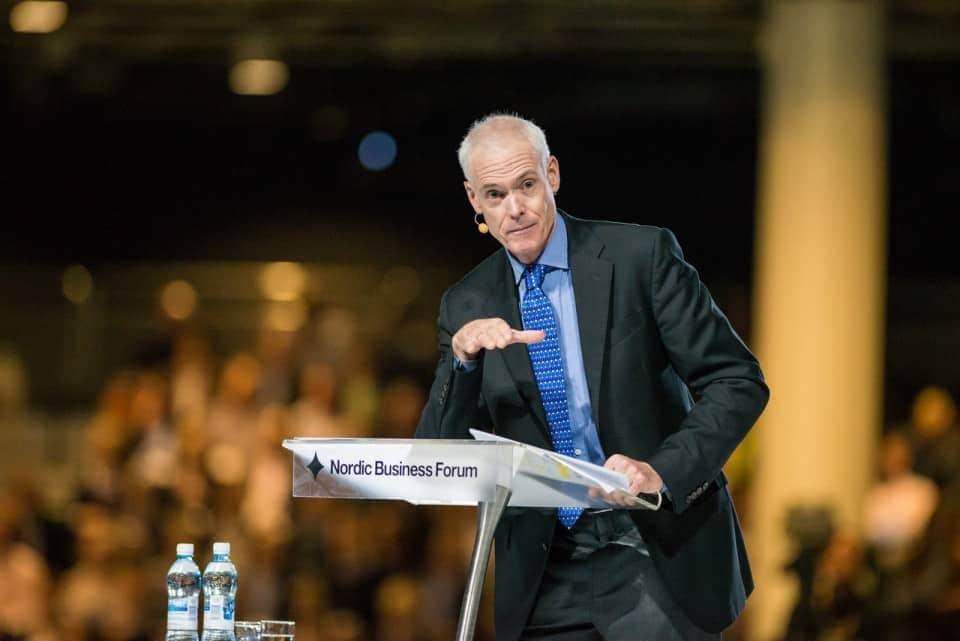 How the Mighty Fall – 5 Stages of Decline

No one wants to think about how a company fails, but by doing so you learn about what not to do. Also, you might even recognize your company is in the early stages of decline.

Jim Collins, the author of numerous books, an American business consultant, and popular lecturer, discusses the decline of a company. He starts his presentation by declaring, “It’s a great honor and privilege to be with you.” His time in Finland marked only his second time in a decade traveling outside of North America.

Collins tells us about the intellectual journey he went on where his views on leadership changed. “The irony is that I didn’t used to believe in leadership. In fact, I was a leadership skeptic,” he says. He mentions his book Built To Last that looked at companies that endured at a high level. It can’t be a single leader that makes a company great when they have endured for that long at that level. Eventually, leaders go away. “So, it must be something about the enterprise, its culture, the company,” Jim presents.

The irony is that I didn’t used to believe in leadership. In fact, I was a leadership skeptic.

But then his views started to mature. He asked himself if a good company can become great. He started another work after that which led to the book Great By Choice that looked at vulnerable entrepreneurs who started out as small start-ups and became great companies. “They started out in environments characterized by change and disruption.” What he found is that the more uncertain and chaotic the environment, the greater swing variable of the effectiveness of the leadership. In other words, a chaotic environment alone does not mean a company will fail.

Why do some once great enterprises bring about their own senseless self-destruction? How do once great companies fall? Jim admits that it is not something very inspiring to study or even look at. One leader, no matter how great, can’t make a company great and enduring. Great leaders understand it can’t be just them. However, one really bad leader can bring a company down. Jim declares that “every single, major problem we face is at some core a leadership problem.”

Jim warns that some of the greatest companies in history brought about their own senseless self-destruction and if it can happen to them, no one is immune. “If you think you are immune, you are already on the path to decline.”

The five stages of how a company fails.

He describes the fall of a company as a stage disease. It’s a disease that is easy to cure if detected early. However, it’s very hard to detect the disease in the early stages. It’s harder to cure later, but easier to detect then.

There are five stages of how a company falls. Arrogance and regarding success virtually as an entitlement are signs of Stage 1, “Hubris born of success”. In this stage people lose sight of what made them succeed in the first place and start to consider that they can succeed in anything.

Success does not inevitably lead to failure.

It’s a short way from Stage 1 to Stage 2, “Undisciplined pursuit of more”, in which companies pursue more growth with undisciplined moves that do not fit into their core business. Either it’s the area the company leaps into or the fast pace of the growth that hinders the company to excel, or even both.

In Stage 3, “Denial of risk and peril”, the things look good on the outside, but internal signs of decline are appearing. Companies tend to amplify positive data and discount, or explain away, negative data.

Denial may lead to Stage 4, “Grasping for salvation”, in which the decline becomes visible to all. It’s instinctive to do everything the leaders can think of to reverse decline in this stage. But the key is not to do everything at a frantic pace, but think what not to do with a focused approach.

Stage five is “Capitulation to irrelevance or death”. In this stage all the repeated unsuccessful attempts have drained both the company’s finances and leaders. There’s no turning back from this stage.

Jim warns listeners that although it’s possible to come back from stage four, he would rather have them avoid the stages, particularly the latter ones. The knowledge of the five stages serves as a diagnostic toolkit. You just might recognize your company is in an early stage and be able to fix the problem before you get to stage four.

Jim Collins is the author of many international bestsellers like Built to Last and Good to Great. All of his books are based on research and they have sold more than 10 million copies worldwide. Many consider Collins as the greatest business author alive. 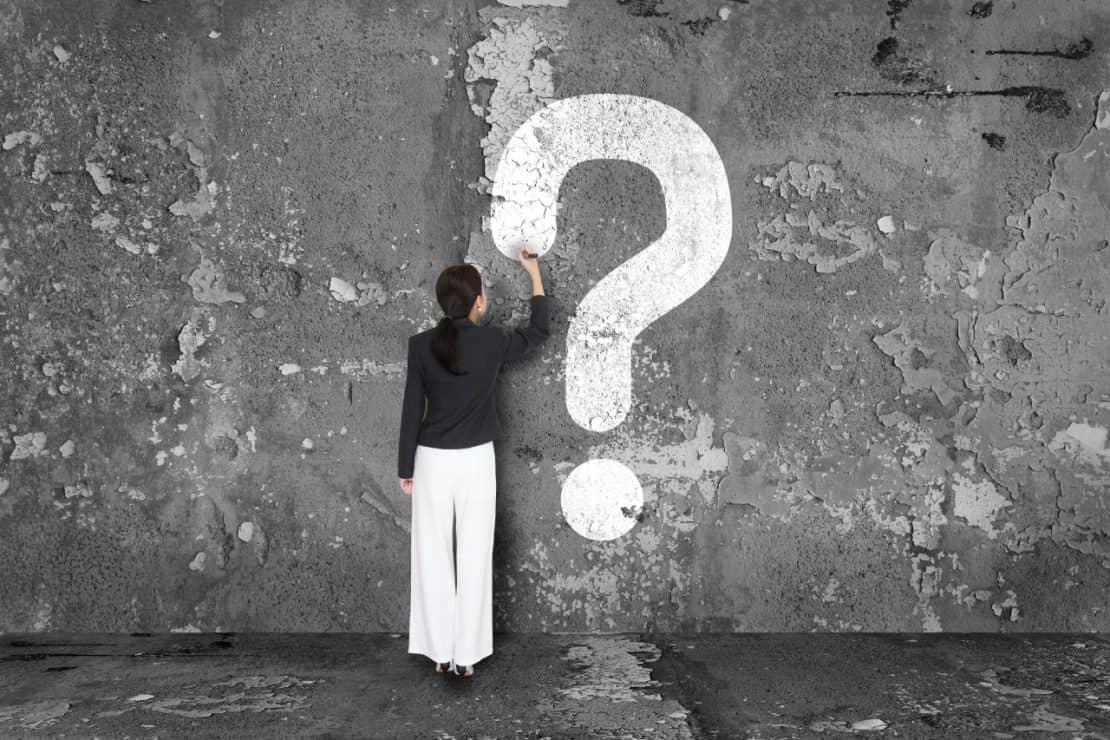 Are You Asking the Right Question? 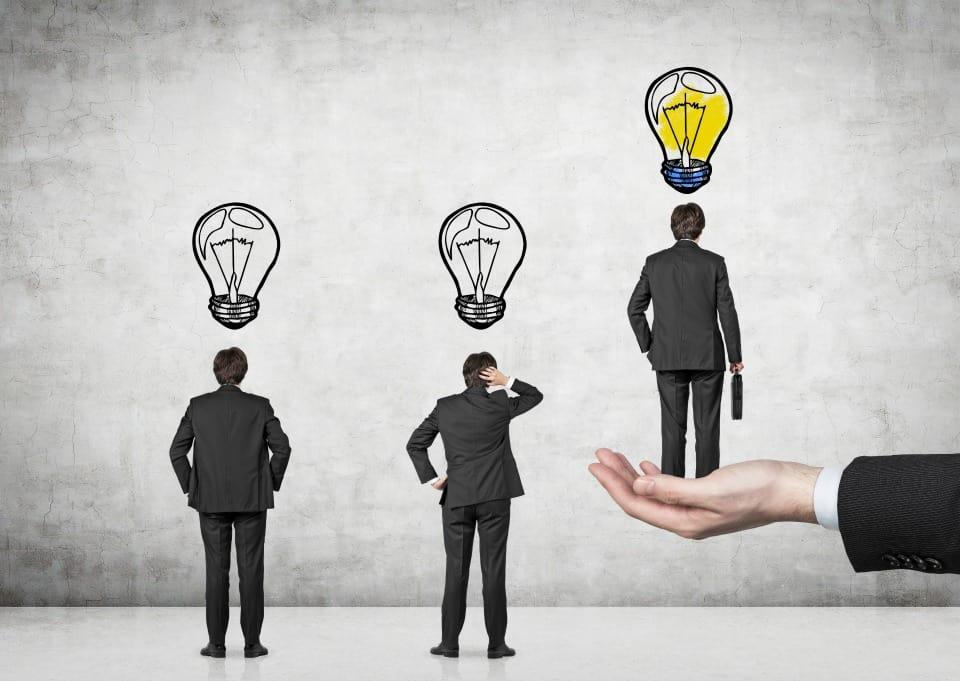