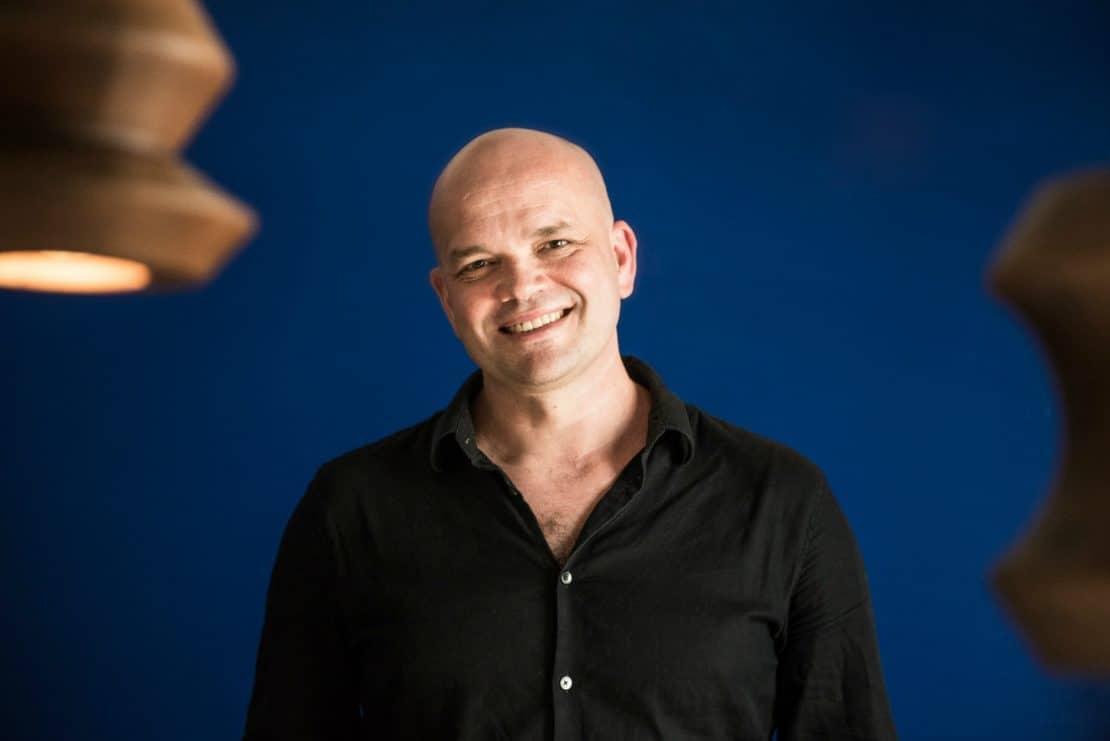 Risto Lähdesmäki co-founded the creative design company Idean two decades ago. Now living in Silicon Valley, Lähdesmäki is doing better than ever and wants to encourage fellow Finns to also seek growth in the Valley.

Once you enter a historic and idyllic house in the heart of Palo Alto and are greeted by a sign declaring that ”Life is too short for a crappy UX” you know that you have come to the right place. The house is one of design firm Idean’s four studios in the United States. Working with heavyweight customers including the likes of IBM and Hewlett-Packard, the Finland-born company has expanded rapidly in the U.S. and now has offices in Palo Alto, San Francisco, Los Angeles, Austin and New York.

”We’ll be somewhere around 200 employees by the end of this year,” Risto Lähdesmäki, the CEO and co-founder of Idean explains on our way to the backyard.

We stop by the kitchen where a humorous caption printed on an image of American rapper Alvin Nathaniel Joiner, better known as Xzibit, reminds us to do of the dishes. This, and other popular Internet memes prepare me for what is soon to come – lots of jokes and laughter.

However, Lähdesmäki knows how to be serious as well.

”I founded the first part of the company back in 1995, the second half in 1999 and then merged those two into one in 2003. The first ten years after that consisted of making every single mistake that one can make,” Lähdesmäki says ruefully and continues, “well, we didn’t screw up everything, but almost!”

Micro mistakes combined with macro catastrophes aren’t exactly the perfect recipe for growing a business. Lähdesmäki came to understand this in the aftermath of the 2008 financial crisis, when the unprecedented fall in aggregate demand had a serious impact on Idean’s business.

”There was steady growth and all, but when the recession hit, super hard times followed. We tried to go international and went to Asia. That was a very bad idea, and it took a few years to get everything back on track again.”

”In 2010, I got fed up when I felt that we had great talent and projects, but that wasn’t even close to being enough. We decided to try something else and chose to get to Silicon Valley, the most competitive market on planet earth in our field of business,” Lähdesmäki explains.

”I clearly remember the idea that I had in mind. It was that if this doesn’t work here, the whole company is ready to be buried. That it won’t be worth it to keep banging your head against a wall for another ten years. But we are still here, and it looks good,” Lähdesmäki says with a tinge of relief in his voice.

The notion of learning from failure has been so often repeated that it has begun to sound like a cliche, but that’s precisely what entrepreneurs stress when they discuss the past; Lähdesmäki is no exception.

”Learning: it’s often a matter of life and death for an entrepreneur. If you don’t learn from your mistakes and wins as well, you’ll die. It’s just that serious.”

”Honestly, in hindsight, every single moment during those ten years was great as a valuable lesson about business and life. Learning is the key. Not just for entrepreneurs but for everyone. The only people that don’t need to learn might be politicians,” Lähdesmäki quips.

Asked to describe the most important qualities of an entrepreneur or his leadership principles, the Idean chief turns to reggae superstar Bob Marley for inspiration.

After a moment of deep thought, Lähdesmäki continues.

I quietly make a note, but I’m not satisfied. There must be something more.

”I’ve never thought myself as an entrepreneur. It’s a label that someone else might put on me, but I don’t. I’m just doing my job. I love every second of this. I firmly believe that the ones who succeed are the ones that truly love what they do.”

When it comes to leadership, Lähdesmäki has more to share as well.

”Founding a company is one thing, but leading a company is a totally different thing. I know a lot of founders that have great ideas but are not exactly leaders. I would bring up the word ’trust’. As a leader, trusting the people you work with is a ’must’. Building mutual trust is just that important,” he explains.

Here’s the kicker though: In Lähdesmäki’s opinion, trusting people after they have proven themselves isn’t good enough. A great leader has to be able to trust in the early stages of the work relationship.

”It’s easy to say that you trust someone after they have shown what they can do, but as a leader my job is to find people I can trust upfront.”

Lähdesmäki’s views on leadership soon begin to sound like principles that would please Simon Sinek, the author of Leaders Eat Last.

”Being a role model is also a leadership principle of mine. So here they are…LOVE, trust, and show an example!”

Not that Lähdesmäki would be a big consumer of leadership bestsellers though. A book that has had the biggest influence on his leadership philosophies?

”Zen and the Art of Motorcycle Maintenance,” Lähdesmäki jests, erupting into his trademark laugh, ”I have no idea why that came to mind! I don’t read too much, but luckily I have a friend that happens to be a walking reader’s digest. He always summarizes stuff for me.”

The Valley makes you grow

Lähdesmäki recognizes that his leadership skills have evolved considerably during the years at Idean. In particular, time in the U.S. has given him and the entire Idean team the opportunity to rethink traditional ideas. As Lähdesmäki sees it:

”It’s not so that the founder should always be the leader. It’s not so black and white. If I had been an investor looking at Idean in 2004, I would have probably tried to get myself fired. But the last ten years gave me and our core team lessons on how to become leaders. I remember a time when we were super tired of working 24/7 and we were advised to hire external executives to run the company. We hired three executives from outside the company, but that turned out to be a terrible mess. Accidentally, we became leaders in the process.”

Everything about Lähdesmäki indicates that he is at the top of his game right now. He emphasizes the meaning of self-confidence and how important it is for running a business in the Valley, or anywhere else for that matter. For Lähdesmäki, the reasons for aiming for success in America are crystal clear: ”Growth is the real reason to get to Silicon Valley. That’s what I would want to instill in people’s minds in the Nordics. Yes, there’s the sun and all, but growth is the real reason. You can actually try to expand your company by a factor of 10, 100, or 1,000. Silicon Valley and the whole Bay Area is a melting pot for people who want to grow. It’s important to keep in mind that the Valley is not the real America though.”

”Us Finns have all the potential to make it here. We also have amazing ideas, technology and all that stuff, but we just suck at sales and marketing. That all comes from self-confidence,” Lähdesmäki sums up. 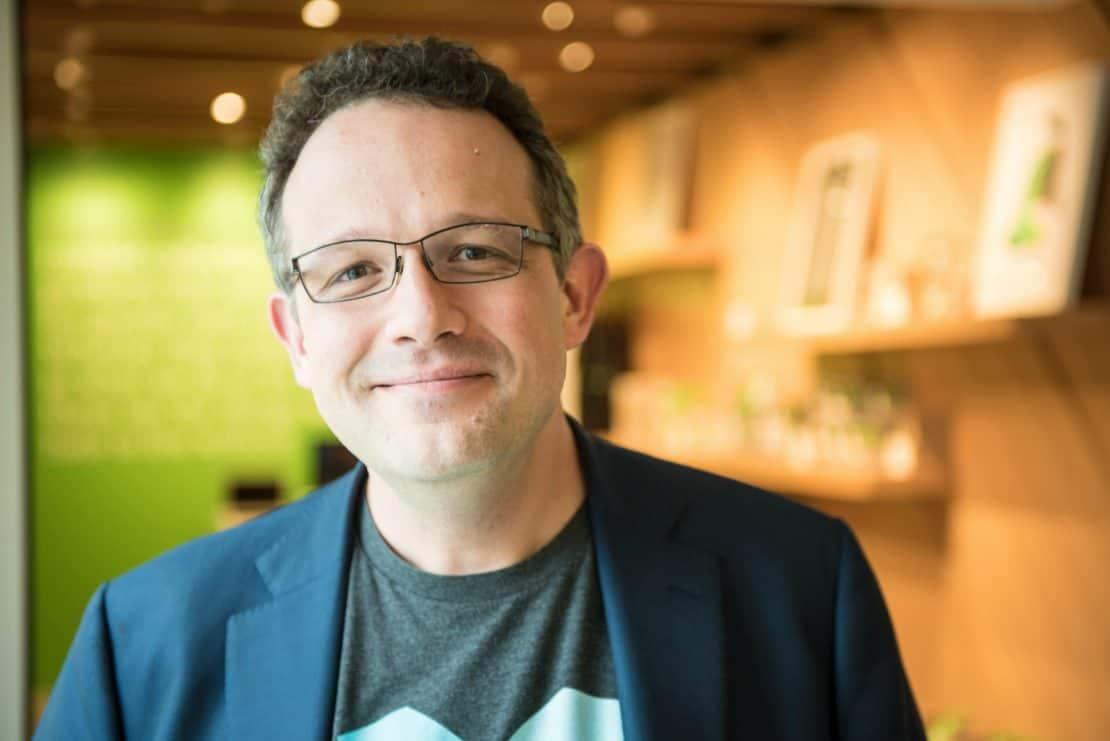 Evernote’s Phil Libin: “Do something that is sufficiently epic” 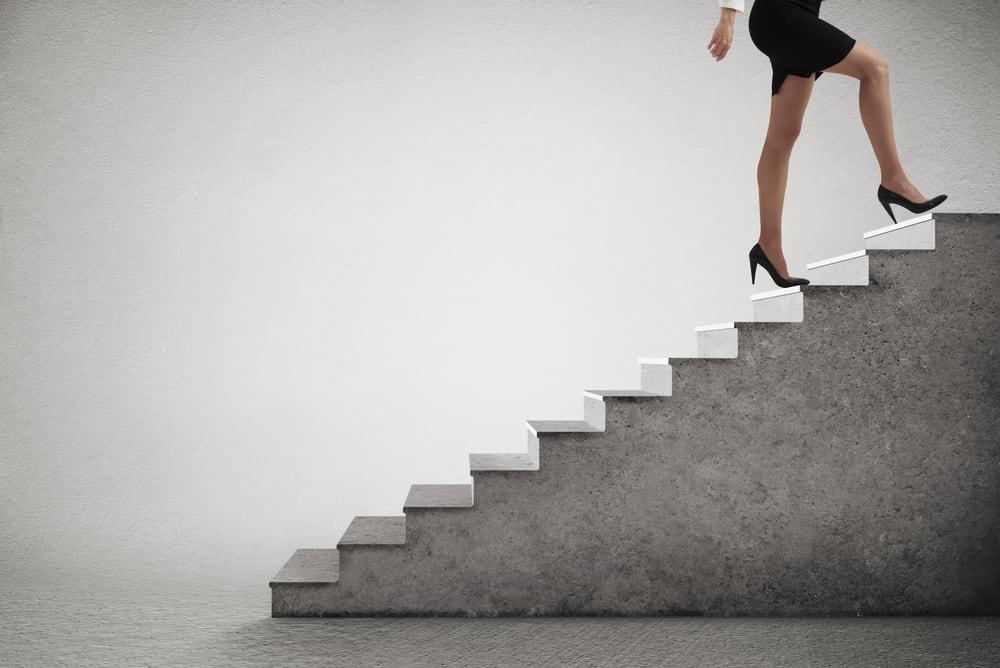 Strong Policy Measures to Ensure Gender Equality in the Boardroom