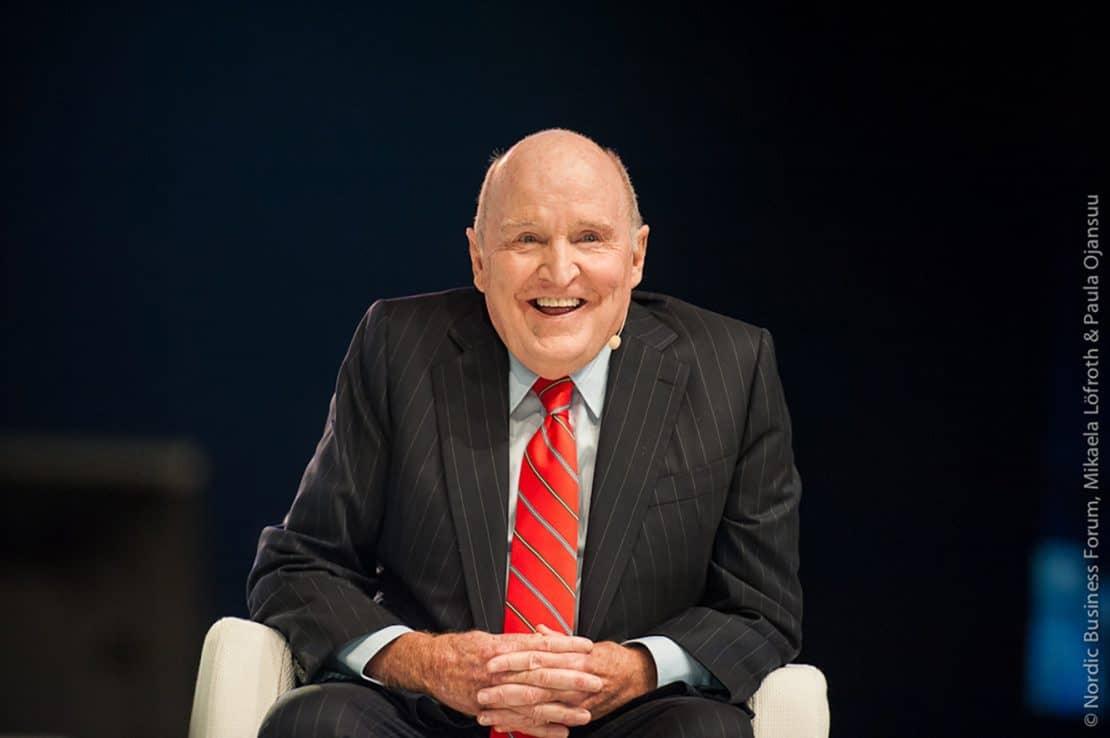 Mr. Hans-Peter Siefen and I had the unique opportunity of interviewing Jack Welch. Expecting to interview a cold-blooded businessman, we were disarmed by his warm laughter and a request: “Just call me Jack, ok.”

What Makes a Good CEO?

Straight to the point. Jack does not nominate any TOP CEOs. There are so many good CEOs, and the world has totally changed during the last 30 years. When Jack first became a CEO in 1980, there were a lot of ceremonial CEOs. Since then, a lot of positively aggressive and hard-working hands-on CEOs have seen the daylight. Meaning, they have seen that the world in fact changes, and in order to be able to succeed, they have to change as well.

What then makes a good CEO? It’s somebody who can align a mission. Somebody who can define where the company is going and why – and who is able to explain it to others so that they understand the mission. This does not sound like a difficult task to you, does it? The more we add to the good-CEO-basket, the heavier it gets.

A good CEO can also define how the company will reach its destination. A good CEO becomes a great CEO when he or she is able to fill the hearts of the people in the organization with the where, why and how. It aligns people’s behavior with the mission. Now hold on for a moment! Jack is known for his harsh style and firing the bottom 10% managers. He now speaks of influencing people’s hearts and affecting their behavior.

What Could Be Better in today’s Business Coaching?

Having his own university MBA program, Jack is a perfect person to evaluate today’s business coaching. Would there be anything that annoys the Jack Welch? Without question, one should stop to consider business coaching is contemporary enough. Are we teaching and coaching for 2013 to 2020 – or is everything based on year 2000 techniques? Are we teaching enough for the future?

Surprisingly, Jack did not put the issue in a nutshell. Instead, he said: “In general, I don’t have any great argument.” Jack encourages questioning the present and dreaming about tomorrow in right proportions. So we shall.

Now, this should be an issue that will show us the true colder side of the Jack Welch. Having been the CEO of such a large company, surely Jack has faced a huge amount of bureaucracy. “Creating massive reports and needing more and more data rather than acting, was something unacceptable.” In an organization you get the behavior you reward. The bigger the organization, the broader the behavior needs to be outlined.

So, what is this in practice? If you reward some behavior, you will get that behavior. It is as simple as that. If you reward behavior which is not aligned with your mission, you are leading your people in the wrong direction.

This is where Jack punches the air out of many: “Bureaucracy is not aligned with the company that wants to be fast and agile. So you have to be rigorous about the behavior and its measurement.” In addition to rewarding ROIs and sales, you should also reward five to six behaviors you want.

On avoiding bureaucracy in a small company striving to grow, Jack told a true story from his early years as a CEO. He had spent a lot of time with Sam Walton of Wal-Mart, which was growing rapidly while Jack was frustrated with all the bureaucracy, which had been built before ‘Jack’s era’. As Jack was urging to get bureaucracy out, Walton grabbed the bull by the horns and worked hard not to let bureaucracy in and end up in the same situation as Jack.

So, remember this: do not let bureaucracy in. One concrete mistake you can make is to give a title instead of a raise. Titles end up creating layers. Layers end up creating a slower organization. “Don’t make that mistake,” Jack reminds with experience.

Jack talks about a simple and concrete thing that may not always come to a manager’s mind. Let us assume you have 15 people reporting to you, and you think you should have a manager to help you. Instead of creating another layer between you and your employees, let them do their job. Your job is to think about the future.

The big word today is “agility”. Do not get lost in a rigid organization, where an employee should go through some other person to talk to a certain person. Do not bind the employees with a corporate calendar and planning sessions in March leading to budget reviews in November.

I still can’t see a sign of a cold-blooded businessman.

What Made GE So Successful? 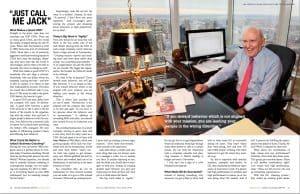 Instead of hearing something truly awesome, we got a déjà vu when Jack told us what made GE so successful during his years. They knew where they were going, why and how. GE had 5,000 people working with these behaviors to get GE where they wanted to go.

So, this is repetition with concrete numbers, examples and results. At GE, they measured the behavior rigorously, at least twice a year. If a person had high performance in numbers and high performance in values, he or she was doing what GE wanted. And if not? A person not fulfilling the expectations was asked to leave. Finally, the Jack WelchI expected to interview!

What about the combination of high values and low performance? Certainly, there must have been some. This group got a second chance. There is still another combination, right? Low values with high performance. Jack: “Those are the persons who end up corrupting organizations.”

With this GE ‘cleaning system’, they ended up creating great teams. Jack could not name any certain manager, who was behind the success. Instead, he emphasized and emphasized the word team. It is all about the team. What is a team then? A group of people. Jack has his message: “It’s all about the people.” Add to that “right” and you get success, as we know.

Summing up the agility issue, Jack says the only thing he would do differently at GE is to act faster. No matter who you are or what you do, you never do things fast enough. How many people do you know, who say they wish they would have waited six more months to make a certain decision?

A Glance at Jack’s Management Principles

Jack likes Peter Drucker’s thinking. So do many, as it is a good basis for business-like thinking. The rest of Jack’s management principles are just common sense. Things you see around you every day, but not always consider as being ingredients for your management.

You can learn a lot about people if you manage sports teams, or from playing many sports. Having a clear distinction between good and bad certainly helps you. Working your way up from the grassroots makes you understand the business as a whole, and all the people in it. Jack himself was the first employee in GE’s plastics business, which later became a 16 billion dollar branch over the next 20 years.

Since Jack was the first employee in the plastics business, it was obvious he had to hire people to be able to grow the branch. After hiring the first employee, he had to communicate with him, in order to have him practice the behavior needed. There you go again – communicating with people is vital.

Before Jack became a chairman, he grew for 20 years, gradually increasing his responsibilities and getting to see all kinds of businesses. Whenever he faced a weak business, he got rid of it. And, as he got rid of it, there was resistance. His recipe was plain and simple. He drew a chart with two items: 1) Businesses GE was in and wanted to keep, and 2) Businesses that GE is not a leader in. Now, the task for the second item was to either a) fix, b) sell, or c) close down these businesses.

Once again we see the cold-blooded businessman, and for a good reason. Jack gave the business in question a two-year time span. The business should be fixed or else they would either sell it or close it down. That is some pep talk, huh? At that very moment everybody knew where they stood.

One of Jack’s core management principles is that no manager has a right to lead anyone, unless he shows them where they stand. Nobody has the right to work for anybody, if he has to wonder whether the manager likes him or is happy about his performance. He has to be told. Period.

People are differentiated at grammar school. At high school. At a football team – and many other places. For some reason, differentiating people is seen as a bad thing at work. Jack encourages to differentiate and to forget the stupid reasons for not doing so.

Where does this lead to? It is perfectly okay to evaluate older people as well as 10-year old schoolchildren or football players. Evaluating is not cruel. In fact, by evaluating and differentiating people you actually help them to move on to some place better for them. All this is about creating a great team. 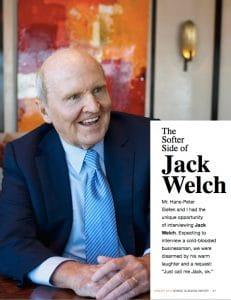 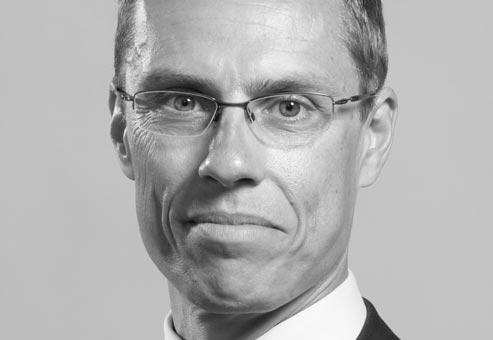 We Have Got the Talent, Let’s Sell It!