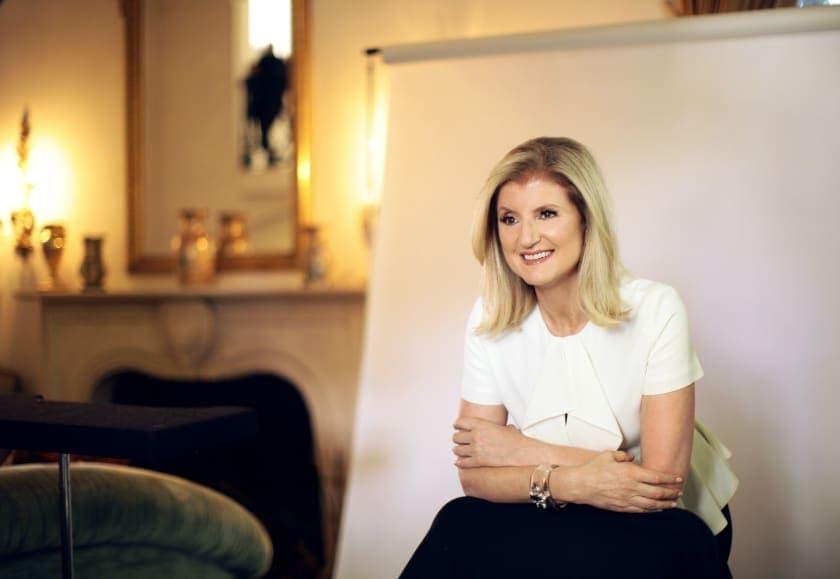 Arianna Huffington managed to build US$315 million business out of blogging in just six years. Now the media mogul strives to redefine success and urges today’s women to lead the 3rd women’s revolution.

The Greek-born Huffington is the embodiment of a successful business woman, having succeeded in media, a field traditionally dominated by men, in a foreign country. She is best known as the co-founder of The Huffington Post, one of the most widely read, linked to, and frequently-cited media brands on the Internet. Huffington has not only given her name to the media publication, but she has also done a great deal of work to build up the brand.

One of Huffington’s secrets is that she finds stories everywhere. Add this to an amazing ability to get people to write things for you, and you really have created something special – the world’s most powerful and popular blog to be exact. Building such an influential empire has put Huffington on Time Magazine’s list of The World’s 100 Most Influential People as well as the Forbes Most Powerful Women list.

However, success doesn’t come without failure, something which Huffington admits she found difficult. “At some point, I learned not to dread failure,” she reveals to Nordic Business Report. When describing how we should put our failures in perspective, she cites her mother who told her, ‘failure is not the opposite of success, it’s a stepping stone to success.’ She continues that “What matters is putting our failures in perspective – accepting them as an inevitable, and even a valuable, part of life.”

This is a lesson Huffington wishes especially women would learn, believing as she does that women deal with failure differently from men. Huffington describes how women are more prone to listen to the voice living in our head, the obnoxious roommate (as she personifies it) that feeds on putting us down and strengthening our insecurities and doubts.

“I think women are more likely to internalize their failures and listen to their obnoxious roommates. We’ll often beat ourselves up for failing – even before it happens. Women are also more likely than men to downplay their successes so as not to be considered too ambitious or too assertive – a concern that simply doesn’t exist for men.”

Mother as a role model

Huffington tells us that her mother did everything she could to help her daughter to get the education she wanted. With the support of her mother, the 16 year-old Huffington moved to England to study economics at the University of Cambridge.

“My mother was amazingly committed to making sure my sister Agapi and I had the best education possible. She sold everything she had to provide for us. I remember her selling her last pair of little gold earrings to get me through school. When I happened to see a photo of Cambridge University in a magazine, and for some reason felt that I wanted to go there, everybody laughed at me — except my mother.”

Asked which were the three most influential characteristics of her mother, Huffington lists: “Wisdom, generosity and a sense of humor.” That wisdom her mother imparted is reflected in many of the life lessons Huffington shares, from the everyday advice “if you don’t eat something every twenty minutes, something terrible would happen to you”, to the more profound proverbs such as “Don’t miss the moment”. The latter is an advice Huffington particularly wants to share with women.

From debating to writing

While studying in England, Huffington joined the Cambridge Union, which was a starting point for many things.

“Joining the Cambridge Union debate society helped me overcome a lifelong fear of public speaking, not to mention my crushing insecurity about my thick Greek accent — for which I was teased mercilessly,” Huffington confesses. For not letting let her fear and accent get the best of her, Huffington eventually became the first foreign, and only the third ever, female president of the famed debating society.

Membership to the union also brought with it a chance encounter that helped direct the course of Huffington’s career. “It was a Union debate that brought me to the attention of Reg Davis-Poynter, the British publisher who offered me a contract and set me on the path to becoming a writer.”

In 1972, the publisher requested her to write a response to Germaine Greer’s feminist book The Female Eunuch. This is how her first book The Female Woman was born. In The Female Woman, Huffington takes a stance on the women’s liberation movement. Her strong critique attracted the attention of the public and the book became a hit. Huffington has mentioned that “the main point of The Female Woman is that we needed to give all women equal respect for the choices they make.” Her attitude hasn’t changed since and she still keeps on promoting women’s rights. When asked by the Guardian in 2014 if she’s a feminist, Huffington affirmatively replies “absolutely“.

Huffington moved from feminist issues to politics with her next book After Reason. This second book didn’t exactly follow the success of the first one. Instead, it was rejected 37 times. This, however, didn’t stop her from pursuing writing. Asked what it was she learned from the rejection of the second book, she answers: “To keep trying.”

Huffington goes on to describe how after 25 rejections she ran out of money and was trying to get a loan. “I remember running out of money and walking, depressed, down St James Street in London and seeing a Barclays Bank. I walked in and, armed with nothing but a lot of chutzpah, I asked to speak to the manager and asked him for a loan. Even though I didn’t have any assets, the banker – whose name was Ian Bell — gave me a loan. It changed my life, because it meant I could keep things together for another 13 rejections.

And then I got an acceptance. In fairy tales there are helpful animals that come out of nowhere to help the hero or heroine through a dark and difficult time, often helping them find a way out of the forest. Well, in life too, there are helpful animals disguised as human beings — like Ian Bell, to whom I still send a Christmas card every year. So, very often, the difference between success and failure is perseverance. It’s how long we can keep going until success happens. It’s getting up one more time than we fall down.”

After the second book, she has kept going and her perseverance has led her to write, altogether, 14 books including the international best-sellers such as the biography of opera star Maria Callas, a high-profile biography of Pablo Picasso, the 2003 New York Times bestseller Pigs At The Trough: How Corporate Greed And Political Corruption Are Undermining America, and her latest New York Times bestseller Thrive – The Third Metric To Redefining Success And Creating A Life Of Well-Being, Wisdom, And Wonder.

In 1980, Huffington moved to New York, and six years later married oil millionaire Michael Huffington. By supporting her husband in his bid for the U.S. Senate, Huffington took part in political discussions and started to establish her position as a political and social commentator. Mother of two daughters, Huffington had found a large audience in the US, and with columns in newspapers and the position as co-host of a radio program, she had found a great outlet for her own voice and opinion.

At the end of 1990s the conversations started to explode online and blogging became a new form of expression. Huffington was right on the curve and started her own website and blog ‘Arianna Online’ in 1996.

“I discovered blogging because bringing together people from different parts of my life and facilitating interesting conversations has always been part of my Greek DNA.”

In 2003, Huffington ran as an independent candidate for Governor of California in the recall election against Arnold Schwarzenegger. Not long after the campaign she and Kenneth Lerer, the co-founder of The Huffington Post, saw the potential of the Internet and blogging. In 2005, they were already launching The Huffington Post.

“From the beginning, the whole point of The Huffington Post was to take the sort of conversations found at water coolers and around dinner tables – about politics and art and books and food and sex — and open them up and bring them online,” Huffington explains. With the site arousing 3 million comments each month, one could say they have achieved the goal, right?

Indeed, it was no longer about Huffington’s own voice, but she wanted to give anyone the opportunity to voice their opinion through the site. Even though there is debate about the expansion of the blogosphere bringing a threat of the possible degradation of thoughtful opinion on the Internet, Huffington considers that “There can never be too much communication and connection between people – it fosters empathy and understanding. And we’re hard-wired to connect.”

Having such a strong female role model, it’s not surprising that Huffington herself has become an inspiration for many other women. Perhaps her drive to empower women is her way of passing on the support she once got from her mother. The focus of her mission is clear, she wants women to change the way success is defined.

“Our current notion of success, in which we drive ourselves into the ground, if not the grave— in which working to the point of exhaustion and burnout is considered a badge of honor— was put in place by men, in a workplace culture dominated by men. But it’s a model of success that’s not working for women, and, really, it’s not working for men, either. If we’re going to redefine what success means, if we are going to include a Third Metric to success, beyond money and power, it’s going to be women who will lead the way,” explains Huffington.

According to Huffington the first women’s revolution was about women obtaining the right to vote and the second about women acquiring access to top jobs. The third is all about redefining success. For this to work out, Huffington sees that the integration of career and family needs to be changed, especially for women.

“The world of business is making great strides. Companies do urgently need to address the structural impediments that make having children and a successful career so much harder – impediments that inordinately affect women. For far too many people— women especially— there is too little support in place to help integrate career and family, which is crucial if we are truly going to redefine success for everyone. Flexible time, telecommuting, project-based work, and a company culture that does not expect employees to be wired and responsive 24/7 need to become the norm if we are to make our workplaces truly sustainable.”

This is a topic Huffington could definitely talk a lot more about and in fact, it is one of the things that really motivates her nowadays. Huffington describes how she is “motivated by a belief that we’re living through an incredible time, when modern science is validating a lot of ancient wisdom. More and more people around the world are understanding that we need to unplug, recharge and reconnect with ourselves, and by doing so, actually improve every aspect of our lives.”

The story of how success lead her to break her cheekbone has spread like wildfire and has ignited other women to share their own epiphanic stories. Voicing this discovery has led to an ongoing conversation that may very well be the start of the third women’s revolution.

This seems to be the thing with Huffington. While she has established her own voice, she has also inspired and encouraged others to share their voices as well. It’s not just about her voice, much preferring to emphasize her role as facilitator, as she puts it. It’s up to each of us whether we have the courage to use our own voice and join the conversation. 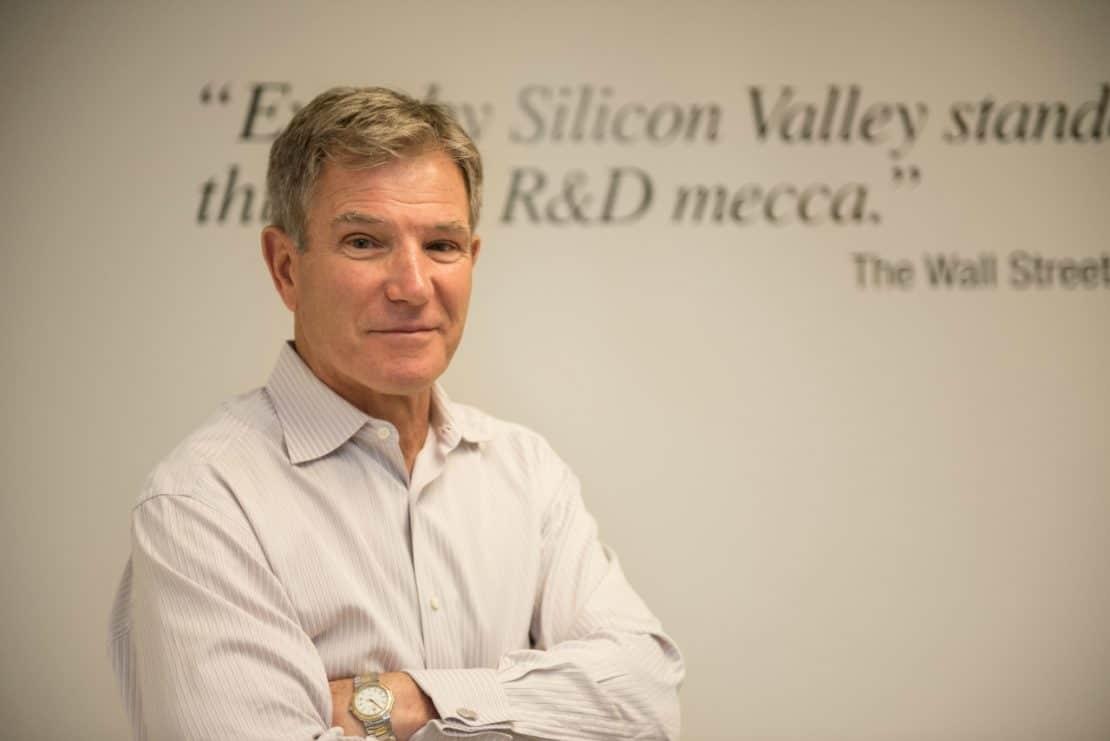 From the Computer Mouse to Robotic Surgery 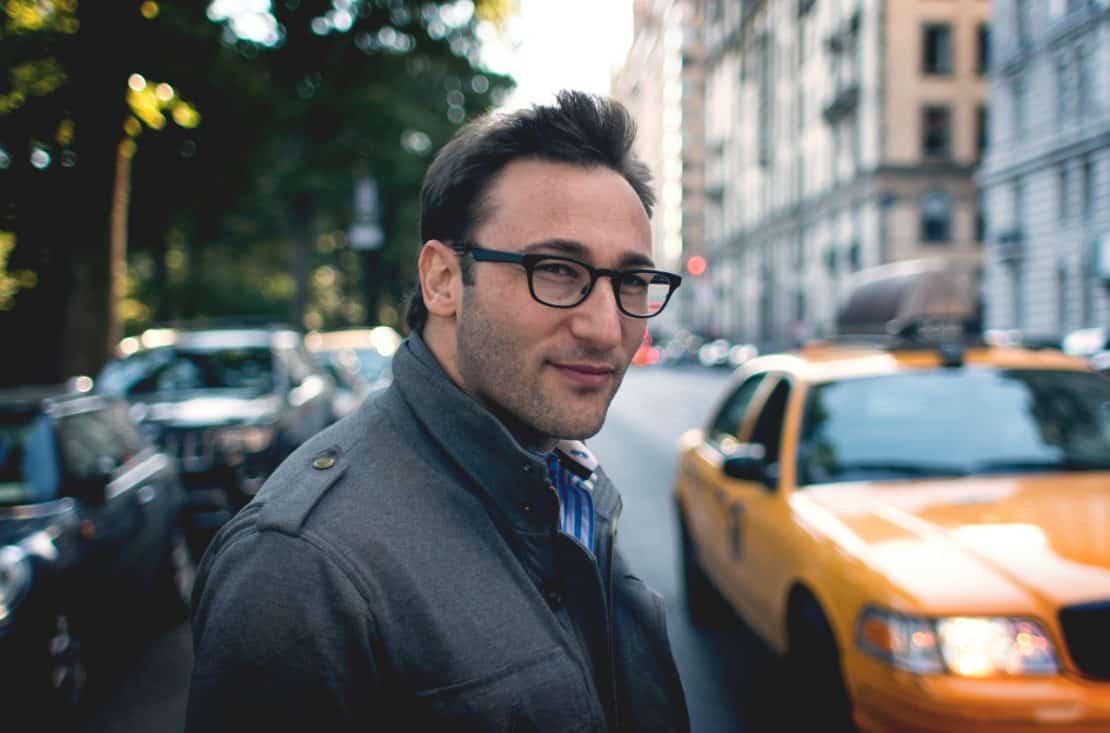