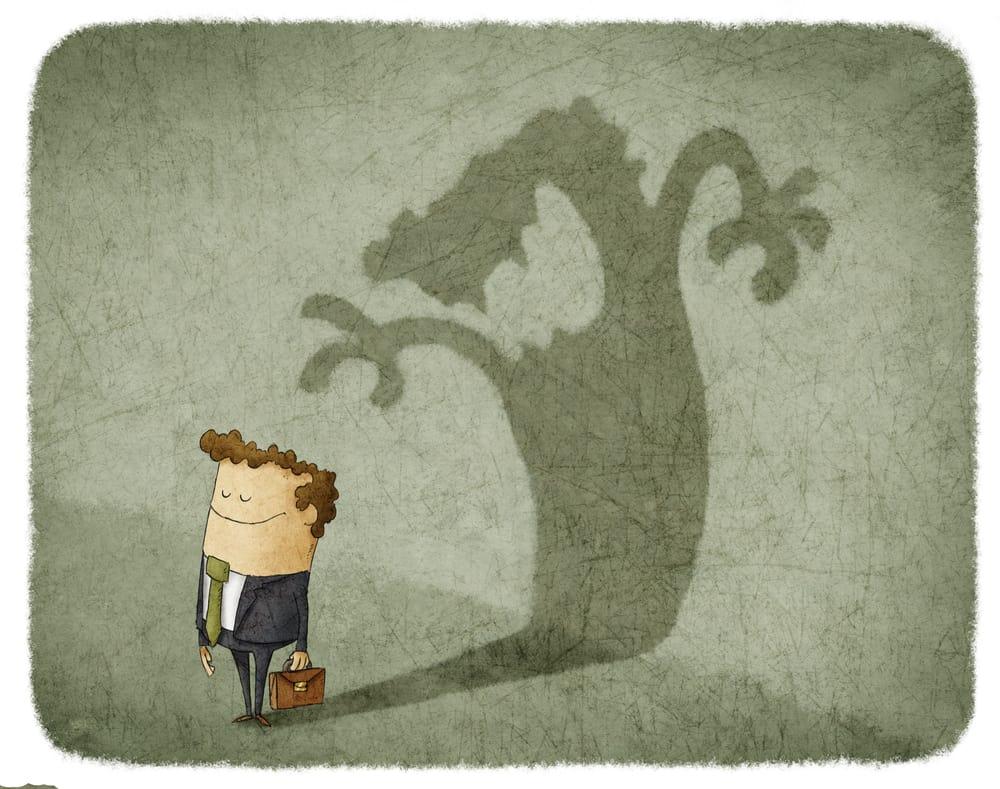 Monstrous Leaders – They Just Want to Be Loved

Leadership doesn’t happen in isolation, it requires the interaction between human beings; between leader and follower. Good leaders know how to act in order to motivate employees. Sadly, not everyone shares these qualities and some of those in authority can make gross errors of judgement that undermine their position. Here we have a look at a new concept that might help avoid some of these managerial blunders.

Do you believe in Monsters?

Since 2007 Torkild Thanem, Professor of Management and Organization Studies at Stockholm University, has been researching workplace health promotion within a Swedish public organization. It is from this research that his idea for the frighteningly entitled ‘Monstrously Transgressive Leader’ arose. During his study Thanem found that whilst the organization implemented a range of workplace health initiatives, some employees reacted negatively to what they considered overbearing and ‘fanatical’ actions by superiors and co-workers. His research identifies the fault lying with the search for performance improvement through healthier lifestyle habits, but more generally as the “monstrous leader’s passion for the job.”

Thanem’s work suggests that the plethora of stories and articles about “fanatical” and grotesque bosses who invade the private lives of their employees and co-workers might belong to a sub-category of leadership personality. These ‘monstrous leaders’ have been awoken by a ‘passion’ that drives them to step beyond the realm of their accepted role. Thanem asserts that these monsters have in some way allowed their passions (whether work or leisure related) to engulf others around them – but with one small problem. They don’t possess the social skills or charisma to sufficiently infect their colleagues with the same fervent obsession!

Are there really monsters out there?

Thanem believes that this new and terrible creature is stalking the daydreams of the business community! He places his new style of leadership alongside the three styles of legitimate leadership – as put forward by 20th Century political economist Max Weber – which include traditional, autocratic and charismatic. However, a careful examination of Thanem’s research paper would suggest this to be inappropriate. One might argue Thanem has blurred Weber’s concept of leadership with the more practical nuances of management theory. What we can learn from Thanem’s research is much more subtle and broadly applicable than Weber’s styles of leadership.

Thanem is also careful to exercise a disclaimer about the use of the word ‘monstrous’, accepting that connotations about monstrous characters are “typically associated with the evil, the ugly, the weird, the enormous and the deviant.” What he really wants is to define these individuals as a “boundary-disrupting force” – but of course this doesn’t sound nearly as evocative and frightening!

Followers who feed the monsters

The results of Thanem’s study actually show that colleagues and employees can be implicit in the creation of a monstrous leader. Beyond Thanem’s study you could certainly argue that, like the monsters that haunt our sleep, they don’t live in a vacuum – they need feeding to survive. This makes the problem scenario extend beyond leadership, and even management, to the more routine appreciation of better workplace relationships. It demonstrates a lack of what Daniel Goleman has made famous as the concepts of ‘emotional’ and ‘social’ intelligence. As Goleman states, “self-absorption kills empathy, let alone compassion.” Not only must leaders be more perceptive of other’s reactions, relationships with co-workers need to be strong enough for them to give feedback and communicate their issues. The onus for harmony doesn’t just lay with boss!

Thanem’s research participants in positions of authority were really managers, so the value of his work is rooted more deeply in management theory. When leadership responsibilities have been assumed, the individual managers aren’t necessarily aware that their mutated authority requires a different skill set. A greater understanding of the differences between leadership and management would highlight the lack of motivational capital that these managers had developed with their employees. For any new program to be successful employees need to ‘buy in’ to the idea and take ownership. Thanem highlights this thought in a different way by talking about the need for managers to “genuinely engage with others – with [their] diverse views, needs and passions.” However, whether managers are disingenuous or not, they must listen and give a voice to those they work with, respecting boundaries and opinions. If they don’t, they will either surround themselves with impotent drones or fight against bitter and de-motivated colleagues. All of this requires a focus on improved managerial competence, with leadership very much an optional extra.

Stick to what you know and stay close to home

Thanem’s particular study poses another issue. Health promotion efforts, whilst psychologically or economically justifiable, do not appear to be central to the core values of the organization. This may be a fact omitted from his paper, but even in sectors such as public healthcare or sports and leisure departments, it is not necessarily an essential prerequisite for employee competence. It can provide a good rule of thumb that the more tenuous the link is between a course of action and the core activities of the work, the greater the risk of low motivation. One could also argue that the encroachment of the workplace sphere of influence into any area deemed ‘personal’ would always be fraught with risk.

Be afraid of unintended consequences

Thanem’s study revealed some unforeseen results of the health initiatives. Although diet and nutrition go hand-in-hand with physical activity and sports, when taken together these form a significant portion of a person’s life. Whilst seemingly small changes or advice was given for each individual component, taken collectively one can easily understand how this provoked a negative reaction. Speak to any top athlete and even they will tell you how the simple task of trying to drink more water every day can be difficult. For those who fall more within the average category of healthy living, the proposed changes would be suffocating. Implementing the healthy lifestyle program drew attention to the ‘optimum’ conditions for healthy living. Whilst this was undoubtedly educational it also highlighted where employees were falling short. Not meeting these expectations led to insecurities and a negative self-perception.

Another consequence was that cliques and segregation between the healthy and the unhealthy emerged, causing individuals or groups to feel isolated or like outsiders. Examples included those who had the ability to join in with team sports. This competitive environment was not only off-putting, it also provided a social bonding scenario that may have led to, albeit unintentional, favouritism. In situations such as this it is essential that leaders and managers seek to foster a strong team ethic, with inclusivity being critical, something that should be applied to all workplace environments.

So the key to Thanem’s research is the passion that managers have for their work. Leaders need passion as it will help to inspire followers, but this is best restricted to the boundaries of value creation. A manager (or leader) who seeks to involve followers in more obscure types of passion could be viewed as subconsciously (or narcissistically) engineering a social group with their personality positioned at the core. In this context, managerial actions such as imposing their lifestyle on colleagues can be viewed as enhancing their security of authority. If others behave in ways similar to the manager then they can start to see themselves as the ‘ideal’ and so will feel more secure in their role. Truly strong managers are those who are able to manage the most diverse teams of personalities, exploiting the skills and creativity this diversity brings.

Lead by example and create the most devoted followers

Thanem links his research with the actions of leaders in the wider sphere of business. He does this by explaining that monstrous leaders “lack the extraordinary or ‘magical’ personality traits” that charismatic leaders have to counterbalance their overbearing tendencies. However, I would argue you’d be hard-pressed to find people in positions of real leadership that have the negative without some of the positive! Managers, on the other hand, are a different sub-genre because their authority derives from one or more of a multitude of different qualities, charisma and/or passion often being only a minor one.

For managers who want to inspire followers, setting the example is the most effective tool you possess. If colleagues see your passion daily without having it forced upon them, they will be curious and drawn to ask questions. If you couple this with showing interest in their own passions then you will develop a trust and a bond that will encourage them to act of their own volition. The most attractive and romantic type of charismatic leader is the one who avoids creating a personality cult and instead pushes focus on to the cause they are passionate about. In practical terms, the best leaders aren’t concerned by the way others behave, but instead about their commitment to the cause.

To see the original research paper by Professor Thanem, please click below:
http://www.diva-portal.org/smash/get/diva2:571037/FULLTEXT01.pdf 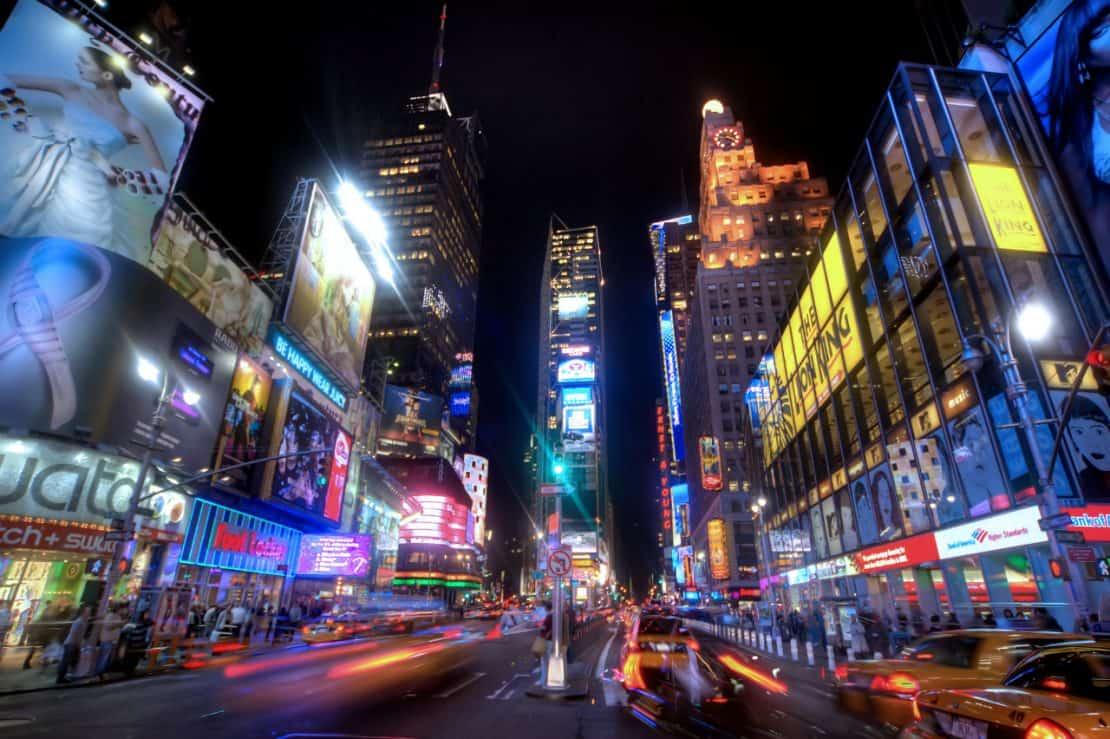 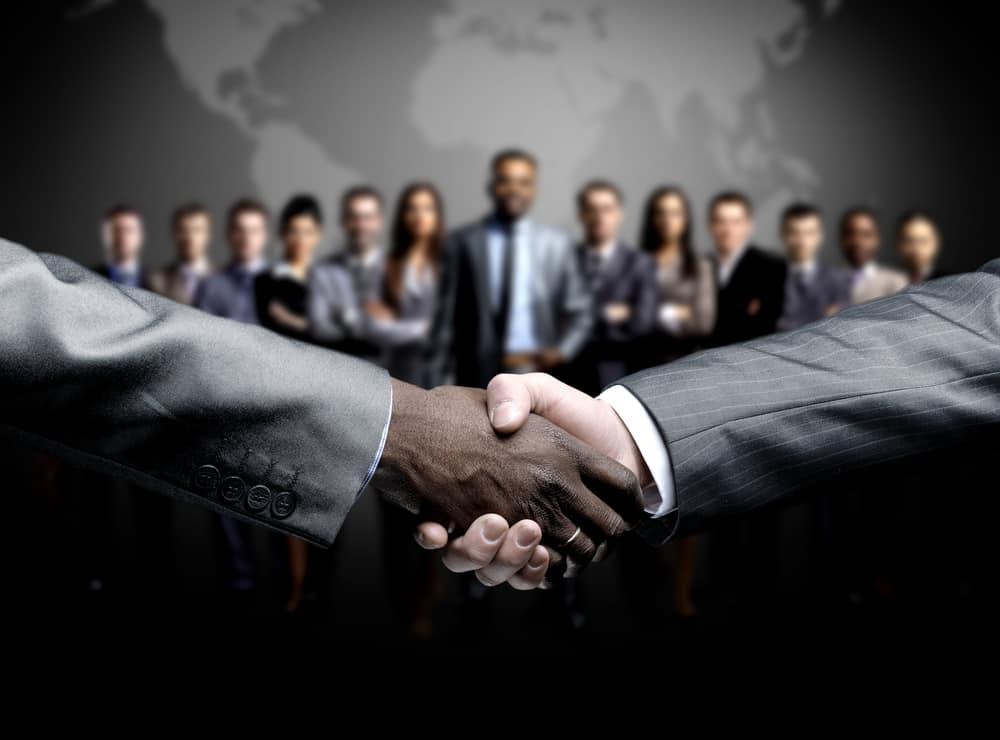 From IQ to EQ: Trust Is the Prerequisite for Growth