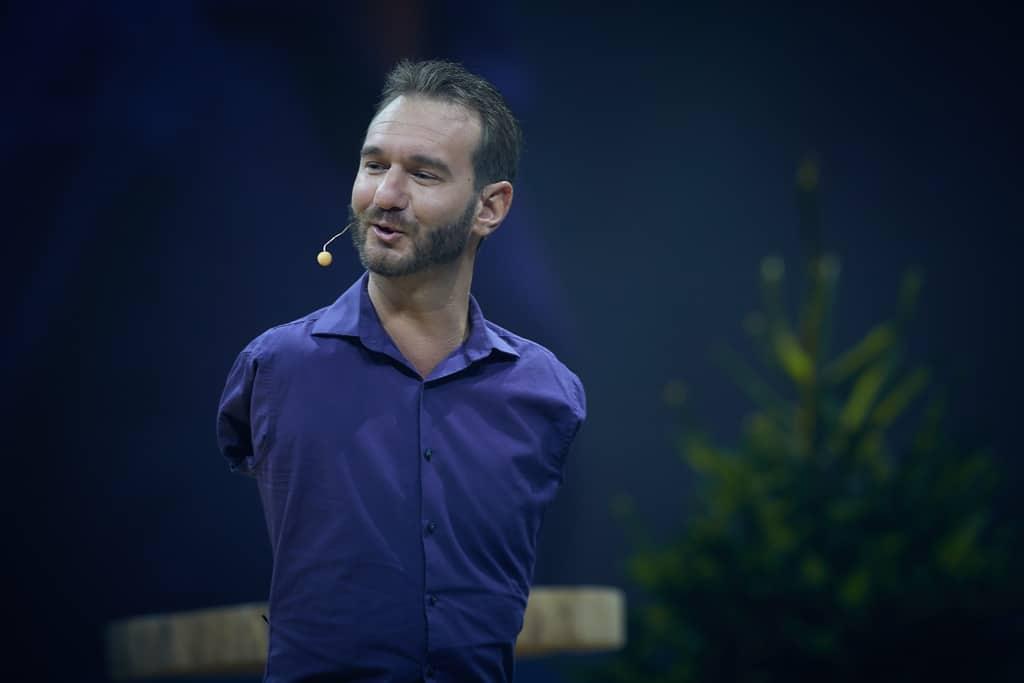 Nick Vujicic started his talk at Nordic Business Forum 2017 with a photo of his family of four, along with the happy news that he and his wife Kanae are expecting identical twin girls in December. This humbling introduction set the scene for Vujicic’s inspiring life journey and underscored how lucky he is to see his dreams come true, beyond what he could have ever imagined.

And yet, not everything is possible, Vujicic pointed out. Life is about ups and downs. Being born without arms and legs, his childhood was filled with constant bullying and teasing at school, which left him feeling depressed — even attempting suicide at age 10. However, Vujicic fought through hard times, turning obstacles and failures into learning opportunities.
He noted that the number one mistake in life is forgetting to be thankful, especially when facing adversity. “An attitude of gratitude is the first foundational piece for me to be living my life the way I’m living,” he proclaimed.

Who are you and what do you want?

Vujicic’s parents taught him to be thankful from an early age, urging him to do the best with what he had, rather than complaining about what he lacked. Though he struggled with physical disabilities, Vujicic explained to his audience that the real limitations that hold us back are in our minds. According to Vujicic, we create barriers when trying to reach the next level in a company or a startup, in a relationship, or in understanding life’s value. “Fear will cripple you more than lack of arms and legs,” he revealed.
Instead of waiting until the fear subsided, Vujicic continued living his life and honoring his parents’ wishes by earning a double degree in accounting and financial planning. Not long after that, his speaking career took off.

He was able to meet 17 presidents and prime ministers, convince 10 governments to change laws in their society about integrating special needs children into the education system and start a non-profit organization that raised $1 million for the poor and underprivileged. Still, for Vujicic, who we are as a person is more important than any other achievement.

He underlined that if we anchor our happiness to temporary things like drugs, sex, fame, and fortune, our maximum happiness will be equally temporary.

Vujicic suffered a major financial setback in 2011 when he took on too much and started six different projects. He declared that he lost all his money. It was “shocking, hard, and depressing.” He had only been dating his now-wife for three months and he was worried she would leave him. But his worries were soon quieted when she chose to stay and supported both of them by getting a nursing job.

”It’s through the fires that you see what’s most important,” he noted, adding that you can draw strength from finding and understanding your purpose, loving yourself, and believing that you have the power to make this world a better place.

That brought Vujicic back to asking and motivating the audience to find answers to these meaningful questions: “What is your purpose, who are you, and what do you want?”

Even as a teenager, Vujicic knew that he wanted to help society. At 17, one conversation with his high-school janitor changed his life forever. “Nick, you’re going to be a speaker,” the janitor had said. He had noticed the teenager had a story to tell and all the means necessary to do it – something Vujicic had not yet recognized for himself.

Three months later, during his first speech in front of six students, arranged by the observant janitor, Vujicic simply started to speak from the heart. His small audience was touched.
At 21, he went all-in on becoming a public speaker. With no marketing skills and no knowledge of anyone who had made a career of being a speaker, Vujicic started cold-calling public schools until one of them invited him to speak. It took him a while to hone his sales pitch, though.

After being refused by 52 schools, he kept improving and improving his technique. Eventually, he came to a winning pitch: “Hello, my name is Nick Vujicic. I’m a motivational speaker and was wondering if I can come to your school and talk about bullying, self-esteem, dreaming big, and never giving up.”

The gig he scored on his 53rd try was a two-hour drive away, in front of 10 people, and would only last for five minutes. On his way home, he felt like a failure. But, the next morning, he received a surprising call: another school wanted him to speak to their students about bullying. This time, for 20 minutes and in front of 500 students.

To this day, having never spent any money on marketing, Vujicic has been asked by 35,000 people to speak at their events. And the doors keep opening: “It’s wonderful to give back to the world, but what we must understand is who we are with the people around us first. Have an attitude of gratitude, be thankful for what you have, accept what you can’t change, but change what you can.” 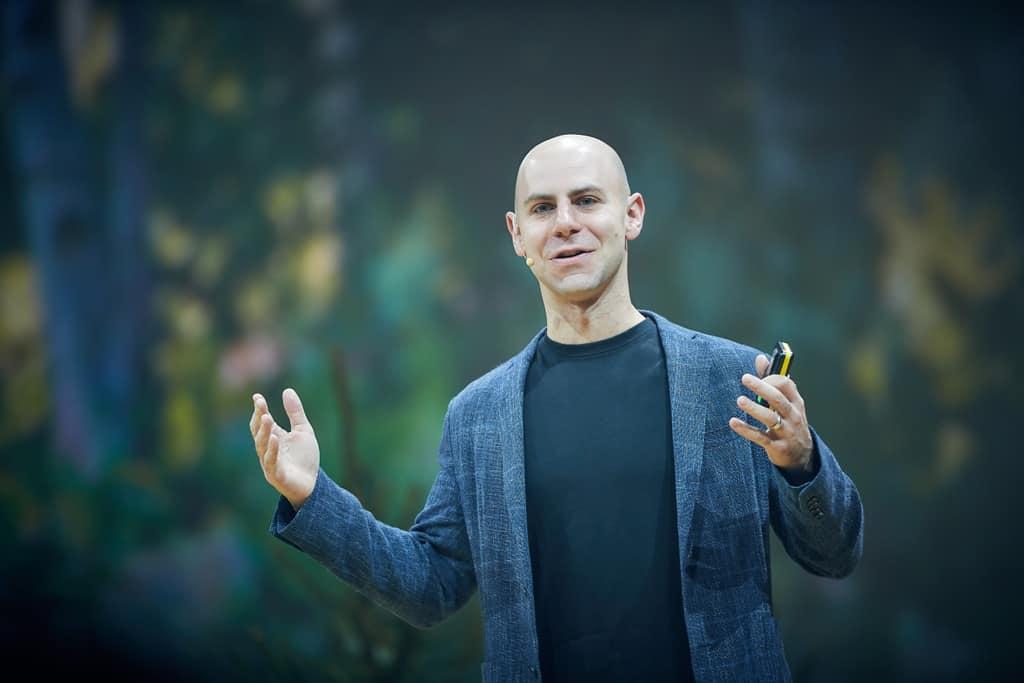 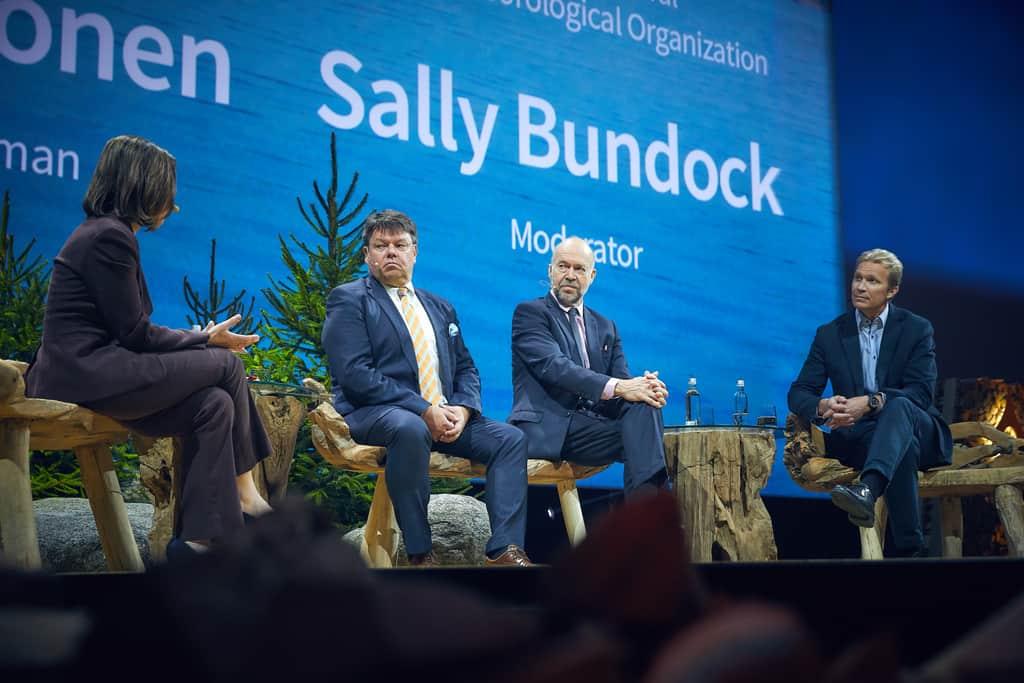