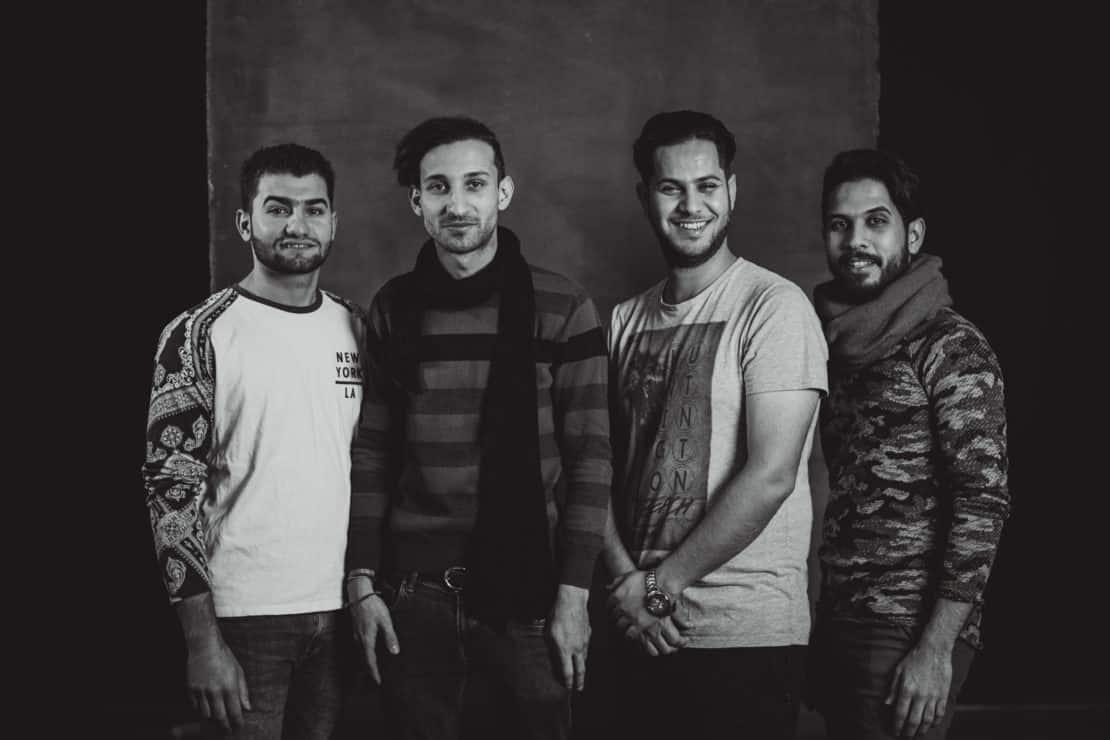 After Finland was hit by an unprecedented wave of 38,000 asylum seekers in 2015 and 2016, social innovation network Startup Refugees has created a fast track for them to rebuild their lives while boosting Finland’s economy.

Finnish globe trotters and TV celebrities Riku Rantala and Tunna Milonoff consider that lending a hand to displaced people is the best way to show what Finland has to offer. “We believe that we can accomplish the best results by enabling people to take part in their own lives,” said Rantala.

It turned out that many Finnish companies, entrepreneurs, and investors felt the same way. This is why, in the fall of 2015, Rantala and Milonoff founded Startup Refugees, a network that supports entrepreneurship and employment of asylum seekers in Finland.

The huge influx of refugees inevitably slowed down the system while reception centers began to accommodate them as they waited for asylum. “There are people who arrived in 2015 and are still in the middle of the asylum application process,“ said Camilla Nurmi, executive director at Startup Refugees.

Given the negative tone in the media about the refugees being seen as a burden on the Finnish economy, Rantala and Milonoff wanted to overturn that by pointing out instead the benefits of a possible brain gain. Finland suffers from high unemployment, and the goal was to see if asylum seekers had the skills or business ideas that could be used to benefit the economy while they wait for being granted asylum.

“A lot of people have taken great initiatives using their time, their skills, their connections to support asylum seekers forward their professional goals,” Nurmi says, referring to the 500 companies and organizations that have supported 1,000 asylum seekers in starting businesses and entering the job market.

More importantly, Startup Refugees mapped out asylum seekers’ skill sets in eight Finnish cities and eleven reception centers through an electronic survey. The results enabled them to provide the needed employment and entrepreneurship support without causing any hassle for the staff in the reception centers or the Finnish Employment Agency.

The survey revealed that 80 percent of all the profiled asylum seekers are interested in starting businesses in Finland, mostly in areas like hospitality, media, technology and marketing, arts and foreign trade.

Over the past two years, Startup Refugees supported 25 business teams with networking, funding, accounting and mentoring, as well as organizing events to create employment and entrepreneurship opportunities for asylum seekers.

One of these teams created Just Fix It, an agile and affordable phone repair service offered by four Iraqi tech professionals, that includes on-location repair or pick up, return and a loaner phone for the duration of the repair.

Just Fix It founder Fadi Alomari, who has been living in Finland for two years now, got help in putting together his team, with which he won Startup Refugees’ pitching competition. “Without them, I would still be searching for my team. And, of course, they gave me the legal advice and taught me many other things I wouldn’t know otherwise,” said Alomari.

The team’s further presence at Slush opened new doors for Just Fix It. They received new feedback, discussed options, looked at the market landscape and competition, and met investors.

Each of Just Fix It team members specializes in different areas with Alomari describing himself as “a software guy.” Asked what his new trajectory in Finland would have been if it wasn’t for Startup Refugees, Alomari admitted he wouldn’t be in the fortunate position he is today. He got to meet a lot of people in the business community and got a lot of valuable contacts through them.

Alomari and his team continue to develop their business idea and are looking for investors to push the business ahead. On top of providing an outstanding service, Just Fix It aims to scale up the service by employing Finnish youth.

Considering the amount of bureaucratic and legal hoops asylum seekers have to jump through, most of the teams have decided to wait to get their status clarified before starting a company. The process of closing down a limited company would be complicated if they would have to leave the country. Meanwhile, they are still able to develop their business ideas through Startup Refugees’ cooperative, while getting their market research and business plans done, and even building a customer base.

“We had a couple of events for market validation purposes where many of the people who attended were interested in buying the services offered. We needed this kind of cooperative to enable the teams to start selling their services and get paid without having to start a limited company of their own,“ explained Nurmi.

Startup Refugees gives support in several areas. Even though all asylum seekers are different, it was obvious that everybody had virtually the same needs.

“Everybody needs support with figuring out the bureaucracy of starting a company, everybody needs advice on the legal issues, and everybody needs a mentor in their own business field. If you’re going to move to another country, you need a lot of peer support, which can be best provided by a person who already started a company before you’re about to start yours. People need networks that are essential to their field of business. And everybody needs help with how to get funding,” Nurmi elaborates.

Nurmi notes that Finland might not be the friendliest for newcomers when it comes to starting businesses. Information is hard to find in English and is scattered in many places. Startup Refugees put this information together and looked into solutions to help more people with less human resources.

Expansion Within and Across Finnish Borders

The immigrants’ path for entrepreneurship or employment is frustratingly long. If they get to stay in Finland, they will be registered to the unemployment office and then advised to learn Finnish five days a week for three years. Meanwhile, their skills will be outdated as they cannot work, and their enthusiasm for starting a company will die down.

“We created a fast track for people moving into the country. Once they get the decision that they can stay, they will be ready to start their businesses, or they will have jobs already, and then they can learn the language while working or developing their businesses,” Nurmi adds.

Startup Refugees plans to take on new Finnish cities, expanding the network and making it stronger, and is also open to collaborations with similar organizations in Europe and worldwide.

“We created an entrepreneurship and employment based integration model that our experience showed that it works. This is what I think many countries are interested in.  We want to share our model with other countries that want to benefit from it,” says Nurmi. 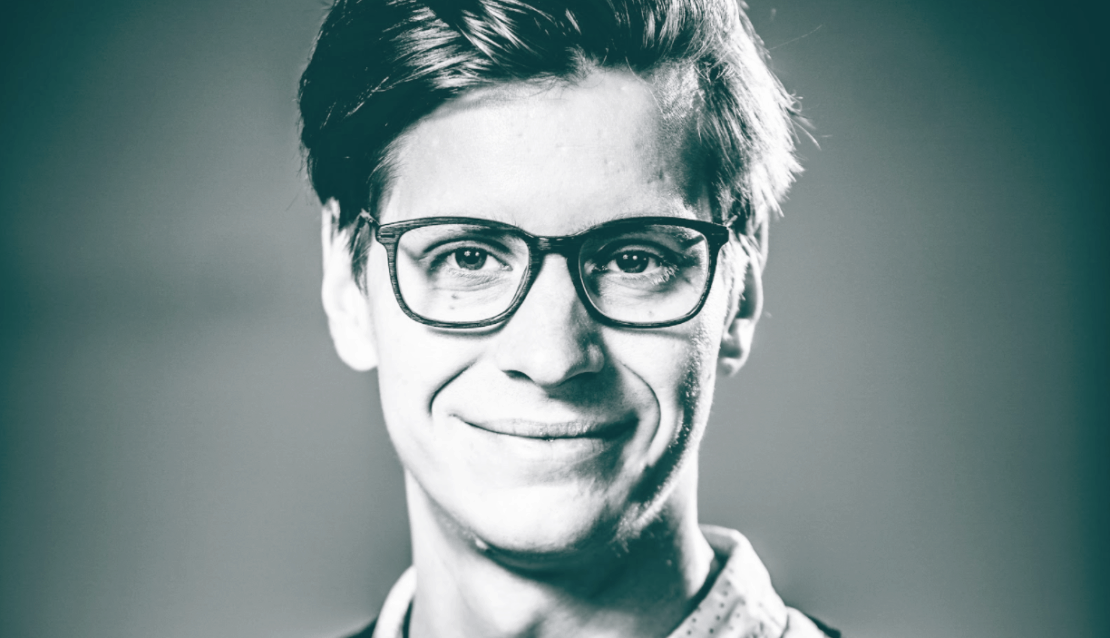 TWINO: The Rise of P2P Lending