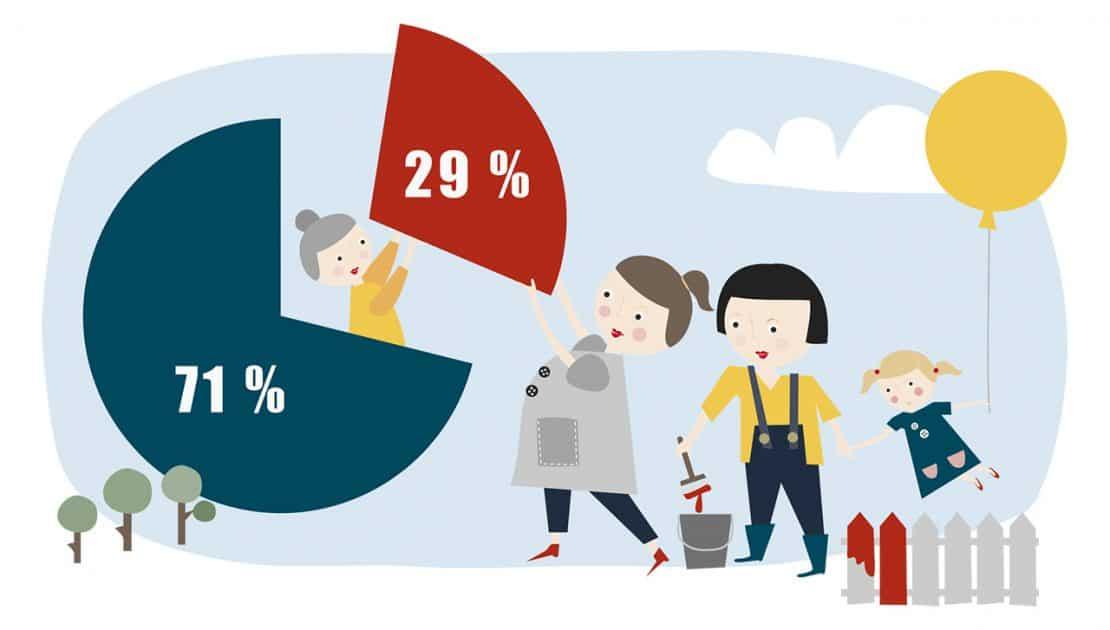 Women are increasingly well-represented in the general workforce, particularly in Europe and the Nordics. Why then do they trail their male colleagues when it comes to taking up the mantle of entrepreneurship?

The general consensus on the question of women in entrepreneurship is that they are under-represented in the field. The body of research on the subject also remains rather limited to date – the first academic work on the subject did not appear until quite recently, 2006. At the same time early studies erred in assuming that there were no differences between female entrepreneurs and their male counterparts.

The research that does exist supports the conventional wisdom that there are fewer women entrepreneurs than men. According to the latest data from the European Commission, women account for just 29 percent (just under 12 million) of the entrepreneurs in Europe, and tend to gravitate to health and social work, services and education.

One reason for women’s low levels of participation in entrepreneurship may have to do with stubborn attitudes about gender roles in society, which see entrepreneurship as an essentially male pursuit. Researchers also acknowledge that to a great extent – and even with ongoing efforts to advance gender equality, especially in European societies – women still struggle to balance family with career and financial responsibilities.

Another obstacle facing female entrepreneurs is access to financing. It’s no secret that women have struggled to attract funding for their start-up operations. Part of the reason has to do with structural issues: most women entrepreneurs in Europe are solo entrepreneurs (some 78%).

A separate EU study on access to financing shows that micro enterprises in particular find it hard to obtain bank loans – the preferred source of financing for many small and medium sized enterprises (SMEs). Moreover, bank loan rejection rates were considerably higher for micro enterprises than for larger, better-established ventures. So because of their tendency to operate at the micro level in entrepreneurship and financial institutions’ preference for larger ventures, women often find themselves on the wrong end of the spectrum in terms of accessing financing.

In addition, other studies show that women tend to launch firms with lower financing levels and are also less likely than men to seek out external investors. And women typically enter entrepreneurship in sectors that simply aren’t all that “sexy” to banks and venture capitalists: education, health and social work, and other personal services.

Given the lower propensity of women to become entrepreneurs and the obstacles they face to secure financing, many have wondered if women have what it takes to lead enterprises to success.

Writing in the European Business Review in March 2014, Professor Viviane de Beaufort of the ESSEC Business School in France argues that it may be useful to adopt a gendered view of performance to evaluate women’s entrepreneurial success. That’s because women and men tend to have different metrics for measuring success, she notes.

While women can and do measure up to economic performance criteria, “it appears that women often interpret the idea of performance differently, by emphasizing the durability of the company, the feelings of satisfaction that come in creating jobs, and the personal fulfillment of entrepreneurship,” she adds.

Meanwhile studies conducted in the United States support the view that women are no less adept than their male peers at achieving entrepreneurial success. A report by the US Small Business Administration office indicated that when venture capital firms invested in businesses headed up by women they saw an improvement in their own performance. The implication was that because women-led businesses were successful, VC firms were able to reap positive returns on their investments.

Small wonder then, that policymakers across the world see the potential of women entrepreneurs for contributing to innovation, job creation and broader economic growth. According to Professor de Beaufort, what’s needed are programs to break down the external obstacles preventing women from becoming entrepreneurs, and for women themselves to shatter the self-imposed internal barriers that prevent them from choosing entrepreneurship. 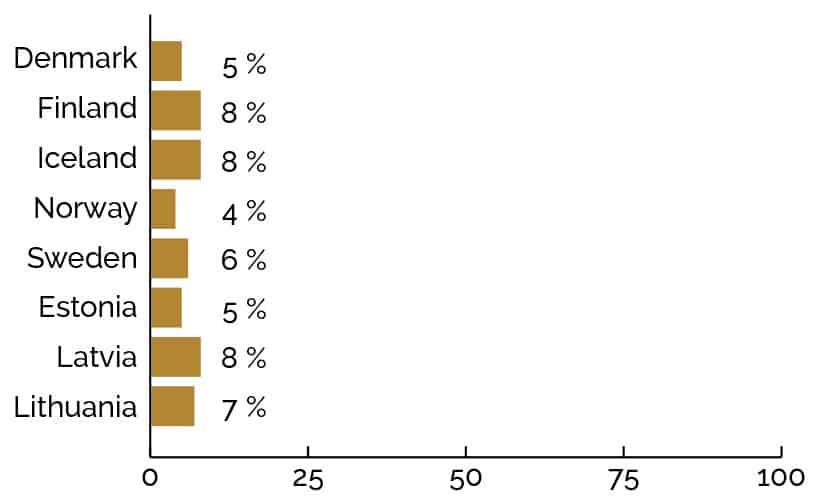 Women entrepreneurs in the labor force in Nordic and Baltic countries (entrepreneurship rate), 2012

The following table shows that women in the Nordics and the Baltics trail their male peers in absolute numbers when it comes to establishing their own business endeavors. The average percentage of women entrepreneurs in the EU 28 was 31% and 29% for the expanded group of European countries. Women in the Baltics are overall better represented among the total number of entrepreneurs than their Nordic peers. Latvia and Lithuania are in the top three when comparing all European countries. 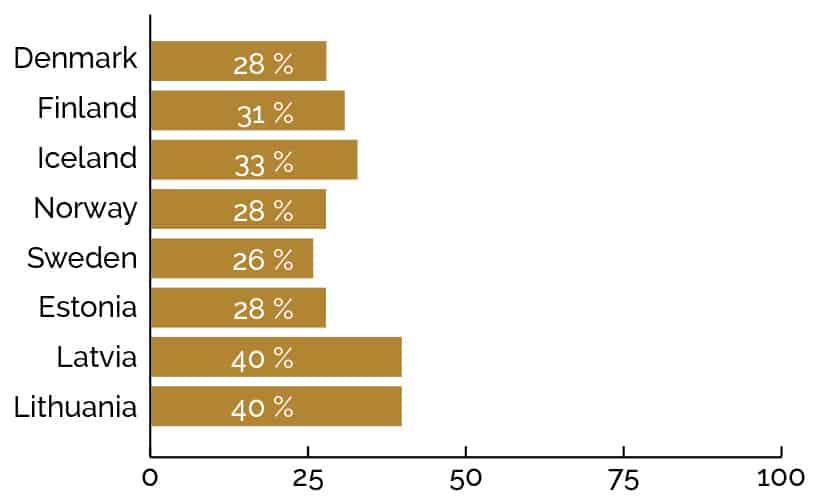 Women as a percentage of the total number of entrepreneurs in Nordic and Baltic countries, 2012

European Commission: Women and men in leadership positions in the European Union, 2013
http://ec.europa.eu/justice/gender-equality/files/gender_balance_decision_making/131011_women_men_leadership_en.pdf 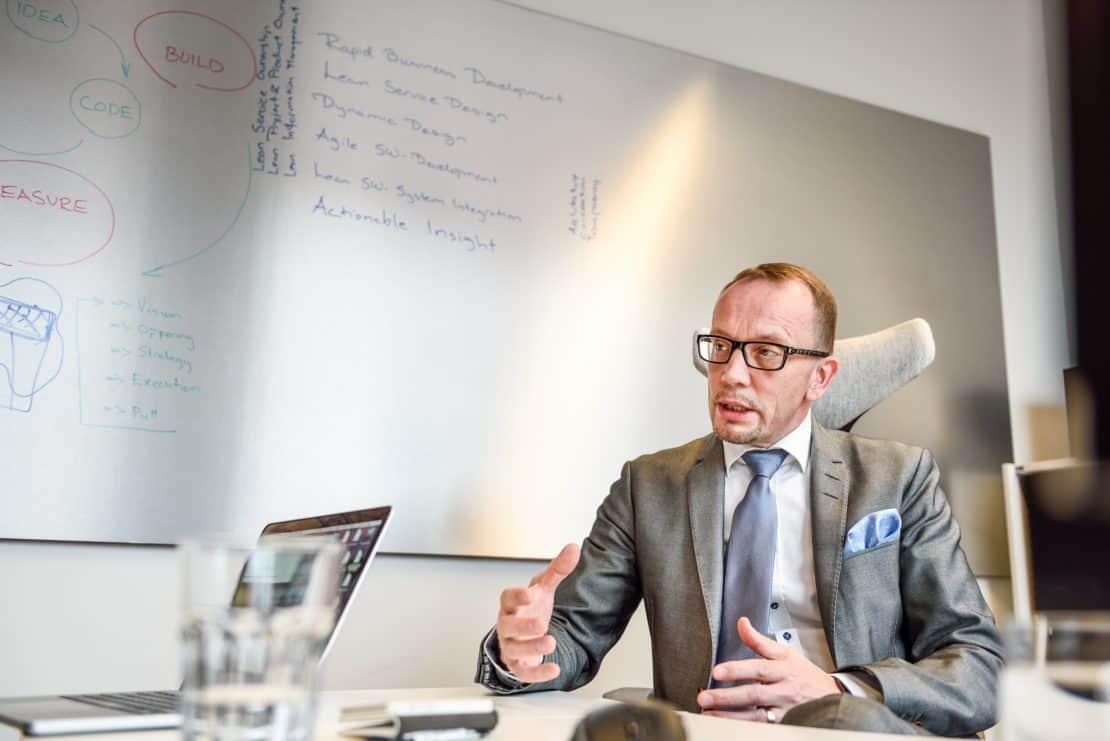 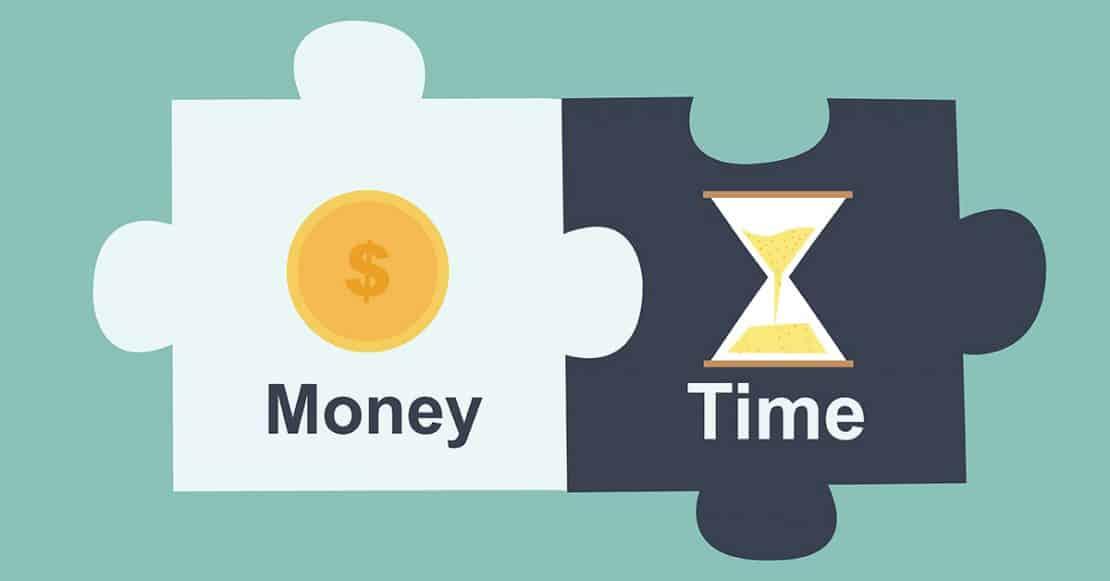 Strategy is a Business Puzzle – Just Rearrange the Pieces to Win