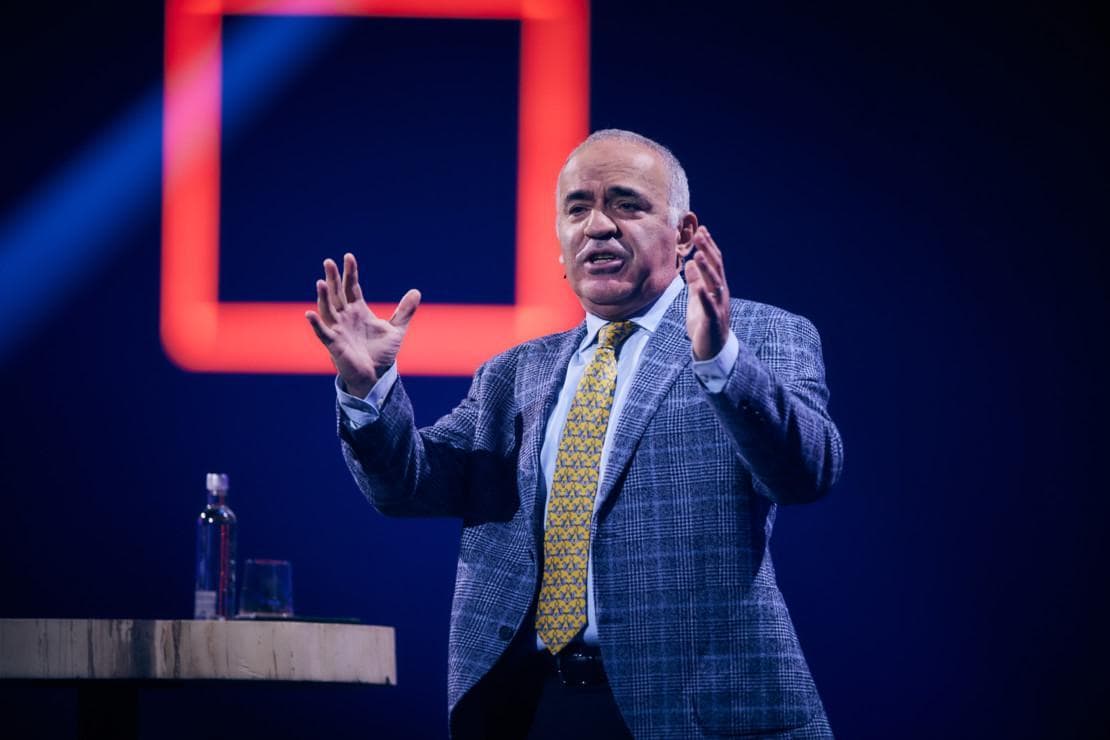 Russian chess grandmaster and political activist, Garry Kasparov, has been an acclaimed speaker at Nordic Business Forum before. He recalled that back in 2015, some of his predictions and warnings weren’t taken seriously enough. “It is no longer hypothetical. It’s black and white.” His words sounded even more dramatic as the images of the devastated cities of Bucha, Mariupol, and Kramatorsk flashed on the screens. He challenged the audience: “How could this happen?”

Looking Back in Time

Kasparov explained that political leaders had talked about isolating Putin’s Russia after the annexation of Crimea in 2014. But isolation didn’t happen. In fact, Kasparov showed photographs taken between 2020 and 2021 which depicted Presidents and Prime Ministers of leading European countries shaking hands with Putin. “Eight years after Crimea was annexed, and Putin had made his plans known, leaders still thought that they could find a compromise,” Kasparov pointed out. Indeed, at the beginning of the war with Ukraine, there were talks of negotiating an outcome. “From Putin’s perspective, that was a sign of weakness.”

For Kasparov, the inevitable evolution of Putin’s dictatorship into a fascist state that would push beyond the frontiers of Russia had been crystal clear from the moment Putin stepped into power. He wrote about his concerns in early 2001, and he anticipated that Putin’s next goal would be Ukraine in an article in the Wall Street Journal published in August 2008.

Many people now wonder how he knew what would happen. “All I did was listen to Putin himself.” In 1999 when (as Prime Minister and Yeltsin’s successor) Putin met with “former colleagues” in KGB Lubyanka headquarters and said “there is no such thing as a former KGB agent,” Kasparov knew the fragile Russian democracy was in great danger.

In 2005, when Putin repeatedly declared that “the collapse of the Soviet Union was the greatest geopolitical catastrophe of the 20th century,” Kasparov could foresee that the Russian dictator would take aim at the newly born independent states that had been part of the Soviet Union.

Another clue came in 2007. At the Munich Security Conference, Putin plainly stated that NATO had to go back to the 1997 borders. The following year he attacked the Republic of Georgia, which had tried to join Nato. “At that point, I understood that the Republic of Georgia was Putin’s first stop. Ukraine would be next. How did I know? I looked at the map.”

Numbers Speak for Themselves

For those who think that listening to Putin was not enough to read into the future, Kasparov advised them to look at the numbers. When preparing for war, a country’s budget is invested in boosting the military, supporting the police, and strengthening the propaganda apparatus. “What do you buy if you prepare for war and expect sanctions? Gold.”

Next, Kasparov showed numbers that confirmed that was exactly what Putin had been doing for the last 10 years. The annual national security and law enforcement expenditure quadrupled between 2006 and 2020. Russian military spending soared well past $ 60 billion dollars (sometimes almost $ 80 billion dollars) per year during the last decade, and the Bank of Russia’s gold holdings went from 20 million troy ounces in 2010 to over 70 million in 2020.

“Somehow, we forgot that there is a free world and that there are dictators,” reflected Kasparov. “And now Ukraine is the frontline of this never-ending war between freedom and tyranny.”

Looking to the Future

Once again Kasparov challenged the audience: “What can we do? What should we do?”

For Kasparov, there is not much of a choice. He is certain that any kind of victory for Putin in Ukraine would have dramatic consequences for the world. “Europe enjoyed decades of comfortable life because of peace, because nobody threatened our way of life.”

Kasparov insisted that we cannot pretend that economics and politics are not connected when dealing with Putin. For many years politicians admitted Russia was not a democracy, but felt confident they could buy oil and gas because “business is a separate matter.” But trillions of dollars earned from selling Russian energy resources worldwide, mostly in Europe, were funneled into building a police state and propaganda machine for domestic and international purposes, empowered by a fake news industry and troll factories. And to buy weapons that are now being used to destroy civilians in Ukraine and other places like Syria.

“We cannot negotiate with Putin. Our best chance to put an end to the Russian’s dictatorship threat is to make sure that his armies suffer a devastating defeat in Ukraine,” Kasparov stressed. In his opinion, that means that the free world has to provide all the necessary tools and resources for Ukraine to have a decisive military victory. After so many years of complacency and unwillingness to face reality, we all have to pay the price of high inflation, an increase in energy prices, and the economic impact on the international economy. 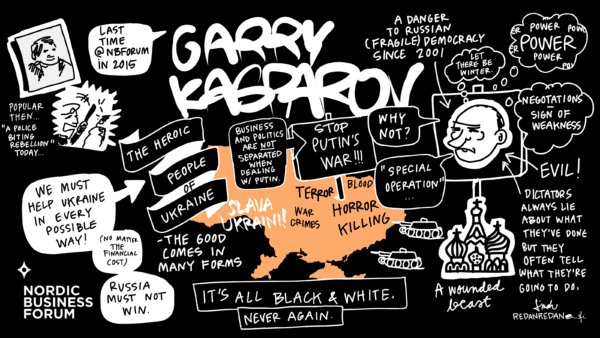 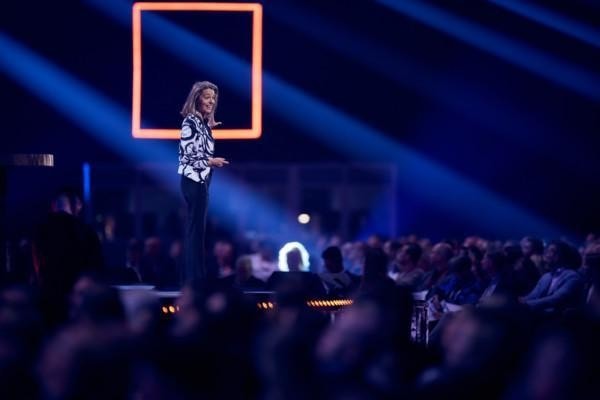 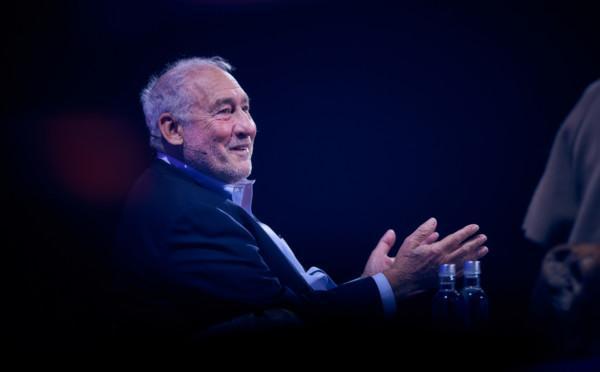 Joseph Stiglitz – What’s Ahead and How to Deal with It

How can the world halt its seemingly endless lurch from one crisis to another, especially when fragile supply chains, spiraling energy prices, proliferating authoritarianism, and Russia’s war with Ukraine impede our efforts to improve global stability? As Nobel Prize-winning economist […]