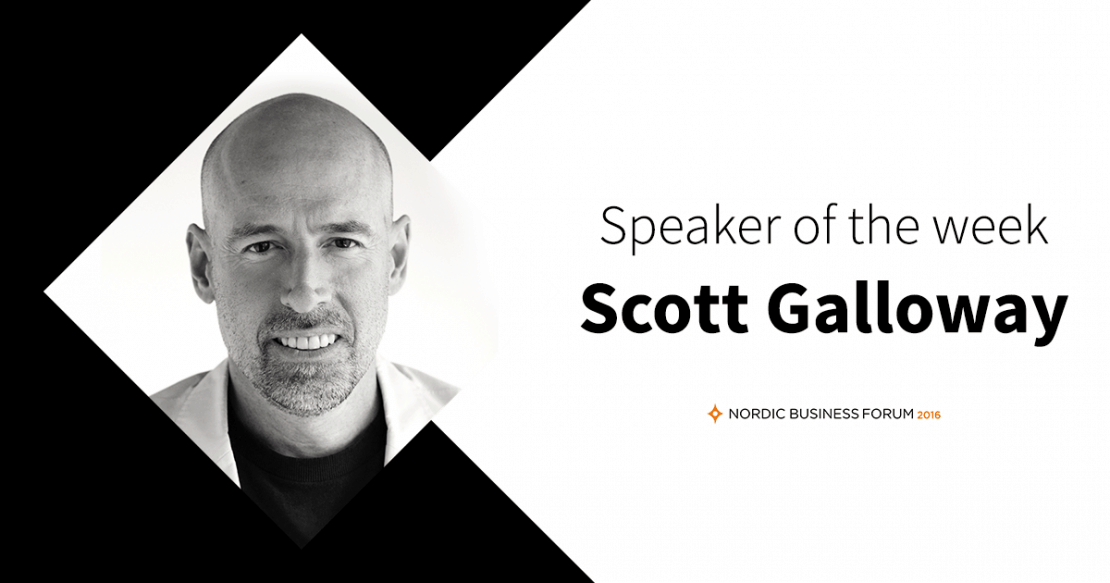 Speaker of the week: Scott Galloway

Professor Galloway will be talking about the death of the advertising industrial complex at Nordic Business Forum 2016.

Scott Galloway is the founder of L2, a member-based business intelligence firm that benchmarks the digital performance of brands. He also serves as a Clinical Professor of Marketing at the NY Stern School of Business.

He is known for his predictions on the winners and losers of technology and retail. His Winners and Losers in a Digital Age video series combines hard data and entertainment – on one of his most recent videos professor Galloway shows the viewers a glimpse of his dancing skills. We may not see his moves on the NBForum 2016 stage anytime soon, nonetheless, we are in for an interesting ride as professor Galloway will take us through the change of media and marketing landscape.

At Nordic Business Forum 2016, professor Galloway will talk about digitalization. Titans Facebook and Google are reshaping the media and marketing landscape. Will traditional players weather the storm? Scott Galloway predicts the death of the Advertising Industrial Complex and the media and agencies who will go down with it. He outlines the far-reaching impact of this collapse that has already begun to affect many household name brands.

Scott Galloway is one of the World Economic Forum’s “Global Leaders of Tomorrow”, which recognizes 100 individuals under the age of 40 “whose accomplishments have had impact on a global level”. 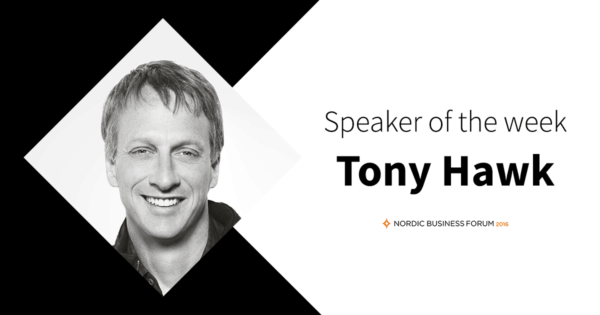 Speaker of the week: Tony Hawk

Tony Hawk, the best-known skateboarder in the world, is a hero for many skateboarders, yet also sets an example for marketers on how to build a brand. At Nordic Business Forum 2016, Hawk will be speaking under the theme of […]

It’s time to get your online business card in shape – less than two weeks to go to Nordic Business Forum 2016. Most of the #NBForum2016 guests come to the event not just for the new insights and ideas but […]