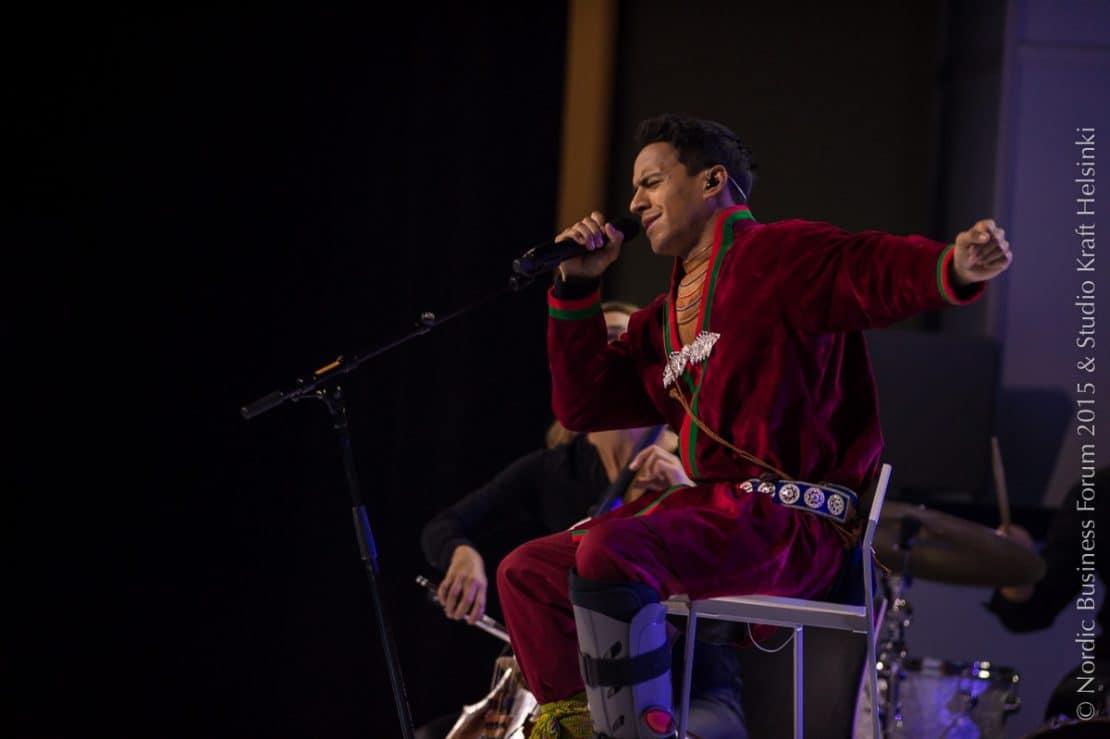 Jon Henrik Fjällgren performed today at Nordic Business Forum 2015. Fjällgren is a Swedish-Sami Joik singer, who was born in Columbia, but after being orphaned he was adopted by a Swedish-Sami family to Sweden. On top of Fjällgren’s singing, the audience got to enjoy an aerobatic performance by Pauliina Räsänen, one of the most successful Finnish trapeze performers.

Jon Henrik Fjällgren took part in the Sweden’s Got Talent 2014 (Talang Sverige 2014) and won the competition. He also participated in Melodifestivalen 2015, the competition that selects Sweden’s entry for the Eurovision Song Contest, and was placed second after the jury and televoting results in the finals.

Nordic Business Forum discovered Fjällgren on YouTube and was touched by his story. Here’s Fjällgren’s audition from Talang Sverige 2014. The moving rendition of “Daniel’s Joik” is dedicated to his best friend Daniel, who had died in an accident. 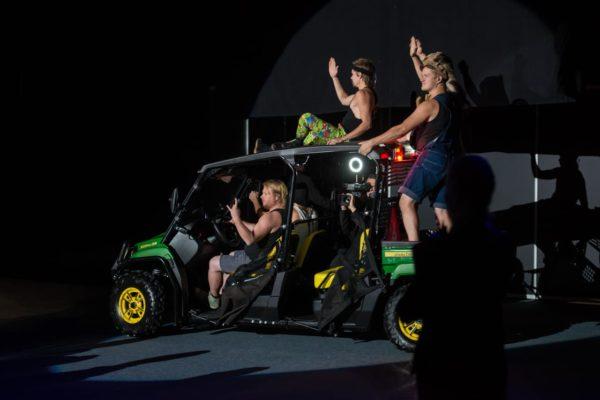 Lawnmowers at a business event? Many guests of Nordic Business Forum 2015 blinked their eyes when the Finnish viral sensation took the stage with their lawnmowers today at Messukeskus Helsinki. The band is called Steve ‘n’ Seagulls. They took the […] 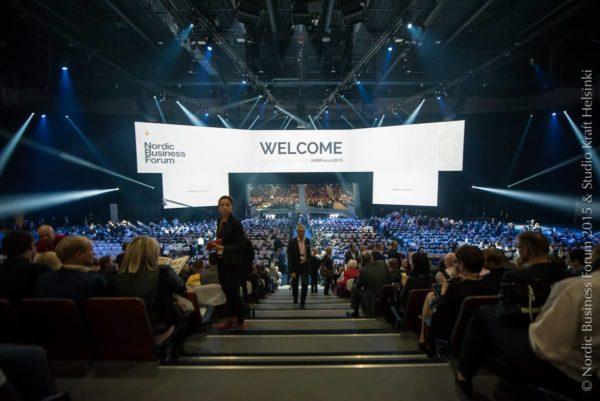 The business festivities of Nordic Business Forum 2015 are about to be kicked off soon at Messukeskus Helsinki. The forum continues today on strategy related themes with Simon Sinek, Garry Kasparov, Mette Lykke, and Keith Cunningham. The day will end […]