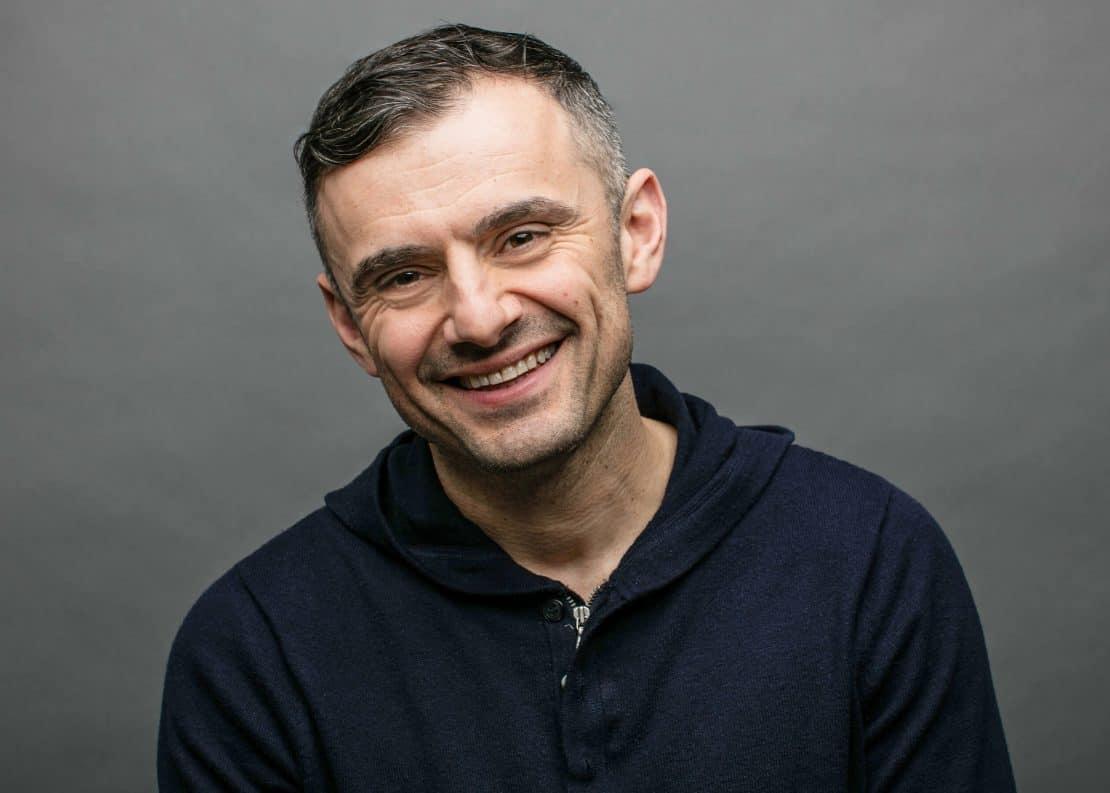 Gary Vaynerchuk and VaynerMedia are out to conquer the digital marketing landscape.

He is outspoken. His work ethic made his brother suspect that he is a robot. And one day he is going to buy the New York Jets. His name is Gary Vaynerchuk.

Best known as the wine-turned-social media guy, Vaynerchuk runs a 600+ person digital marketing agency, VaynerMedia. Now in its seventh year, VaynerMedia is posting a massive $100M in revenue, just opened its first European office in London, and has anything but modest goals in mind.

“I want to build the greatest marketing agency in the history of all time, and you can’t do that by just being in the United States. Our goal is to contextualize every corner of the globe, understand the end-consumer in each of those markets, and then understand the right place to communicate whatever our clients’ goals are,” Vaynerchuk explains.

Born in the former Soviet Union, Gary, the younger brother of the Vaynerchuk family, immigrated to Edison, New Jersey, in 1978 and soon came to epitomize grind and hustle. He didn’t do well in school, where, in his words, he “sucked shit” because he “couldn’t give a fuck about Saturn”. Luckily, Vaynerchuk had entrepreneurial DNA, which has always worked to his advantage.

At age 14, Vaynerchuk, the kid with the foul mouth, had to abandon his cash cow, a baseball card business he had built, to work at his dad’s liquor store. Exuberance is Vaynerchuk’s default mode, in business as in life, but the years working in the basement of Sasha Vaynerchuk’s wine shop, then called Shopper’s Discount Liquors, weren’t exactly the happiest of his life. After making thousands of dollars a weekend selling baseball-cards, earning 2 dollars an hour bagging ice would understandably make any teen’s life miserable for a moment. However, after the dark ages were over, and Vaynerchuk was allowed upstairs to serve customers, he was more enthused about getting back to the art of selling. With a little help from a ‘friend’ called the Internet, he eventually managed to bump up wine sales from 3 million dollars to 60 million.

Much of the increased sales came through mastering Google AdWords, a marketing tactic Vaynerchuk considers one of the greatest of all time. Especially in the early 2000s when few had discovered the power of premium positioning in search results.

“Amazon and eBay are grossly underestimated on how much they grew by being unbelievable Google AdWords advertisers,” he says.

Vaynerchuk’s rise to prominence in the marketing world has been largely based on videos. During his time at the Wine Library, he churned out 1,000 episodes of his YouTube show Wine Library TV. Today, his YouTube channel is bursting with content on marketing, entrepreneurship, and all things business.

Despite the number of videos that speak to the importance of humility, a quick look at Vaynerchuk’s online or stage presence can easily give the impression that he is arrogant or egotistical.

“Many think that I’m all shizzle,” Vaynerchuk acknowledges.

“I’m far more steak and substance than my personality on stage leads people to believe.”

Then why all the misconceptions?

“The showmanship disguises a lot of the substance that I’ve created in building actual businesses, investing in actual companies, and consulting actual companies. But I accept that and recognize that is a casualty of being hyperbolized for being too aggressive on stage or in interviews, so I live with that. I don’t expect people to take a lot of time to figure me out. That’s not on them; that’s on me.”

Fully aware of the fact that his mom might have instilled an overdose of self-confidence in him, Vaynerchuk also knows that sheer will is not enough to run a hundred million dollar business, let alone provide value for customers like PepsiCo or L’Oréal.

“I can’t be successful by just saying it. I have to put in the work, and I’m willing to do that. I’ve shown myself that if I put in the work, I have a talent for learning on the job and over a period of time becoming successful,” he says.

“VaynerMedia is successful because I have been running it day in and day out. 15 hours a day working very hard and patiently over the last seven years,” he adds.

The current state of the Internet

Online advertising is looking more and more like a ‘winner-take-all’-environment, many practitioners are expecting to see a real dogfight between Facebook and Google in the upcoming years. On mobile, both behemoths combined already account for over a half of global ad revenue. While Google is still ahead in numbers, Vaynerchuk feels that in the future Facebook might have a slight advantage “because of its never DNA” combined with the fact that the current state of the internet is changing fast.

“They have been brilliant. They have been very smart in becoming the layer on top of the internet itself. I’m very bullish on the company,” he says of Facebook.

Even though online advertising spend is increasing fast, digital still accounts for less than 30% of all advertising revenues globally. When asked why it’s not at least 50%, it takes Vaynerchuk less than a microsecond to start reeling off reasons.

“Just tradition. Slow moving big companies. Legacy. Reporting. Non-entrepreneurial DNA. Being safe with your behavior because your company is built on being safe. Cliché stuff.”

Although his track record in early stage investments in companies like Twitter, Uber, and Snapchat is reason enough to trust his intuition on behavioral developments in the internet space, Vaynerchuk himself is not betting the farm based on his ability to call a winner.

“I don’t think that I’m some sort of Nostradamus or an unbelievable predictor. I actually think I’m much more practical. I look at data. I look at the top of the charts at AppStore and watch people’s behavior. I don’t think it’s so revolutionary to think Snapchat is an important platform when it has a hundred million monthly active users,” he points out.

What can I do for you?

On top of going all in on up-and-coming attention-grabbing channels, one of the biggest reasons Vaynerchuk’s messages cut through the noise is his unparalleled verbal talent. Hitting the ‘record’ button and starting a rant on a random topic comes naturally for Vaynerchuk. Summarizing complex topics in sharp one-liners happens almost on the fly. His most enthusiastic fans, whom he calls ‘the Vayniacs,’ are more than eager to explain to their peers how “marketers ruin everything”, why it’s important to “day trade attention”, and how landing a “right hook” is okay only after “jabbing” first.

One of Vaynerchuk’s most cherished principles is the 51/49 -rule. Broken down it means, whatever the relationship, always give more value than you get. If the only legacy he could leave to his kids was marketing advice, 51/49 would be at the top of the list.

“51/49 is something I’ve always lived by. I think there’s enormous leverage in being more valuable in every relationship,” Vaynerchuk says.

Although the word ‘leverage’ could easily give the otherwise altruistic concept a cold and manipulative overtone, Vaynerchuk is not too worried about being misunderstood here.

After all, Wharton’s top-rated professor Adam Grant has already demonstrated in his bestseller book Give and Take that those who always aim to contribute to others, achieve extraordinary results across industries.

Then, if giving more than you take provides leverage and Archimedes already knew that with a lever long enough one can move the world, why aren’t more people giving it a try?

“It’s actually stunningly rare. I’m surprised by how many people have not figured that out.” 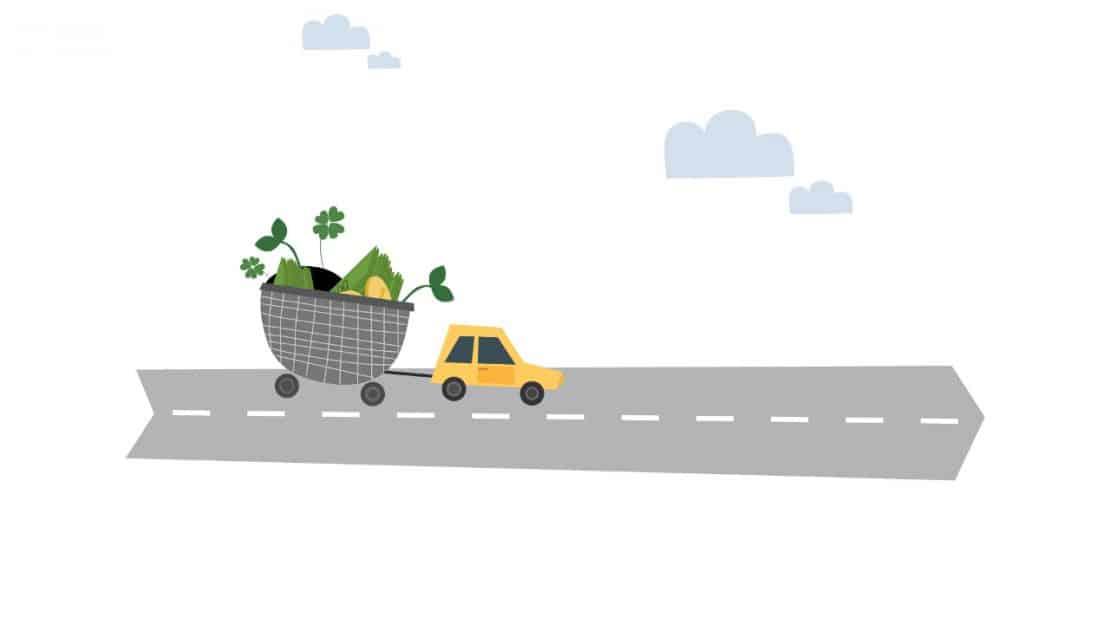 The Power of Platforms 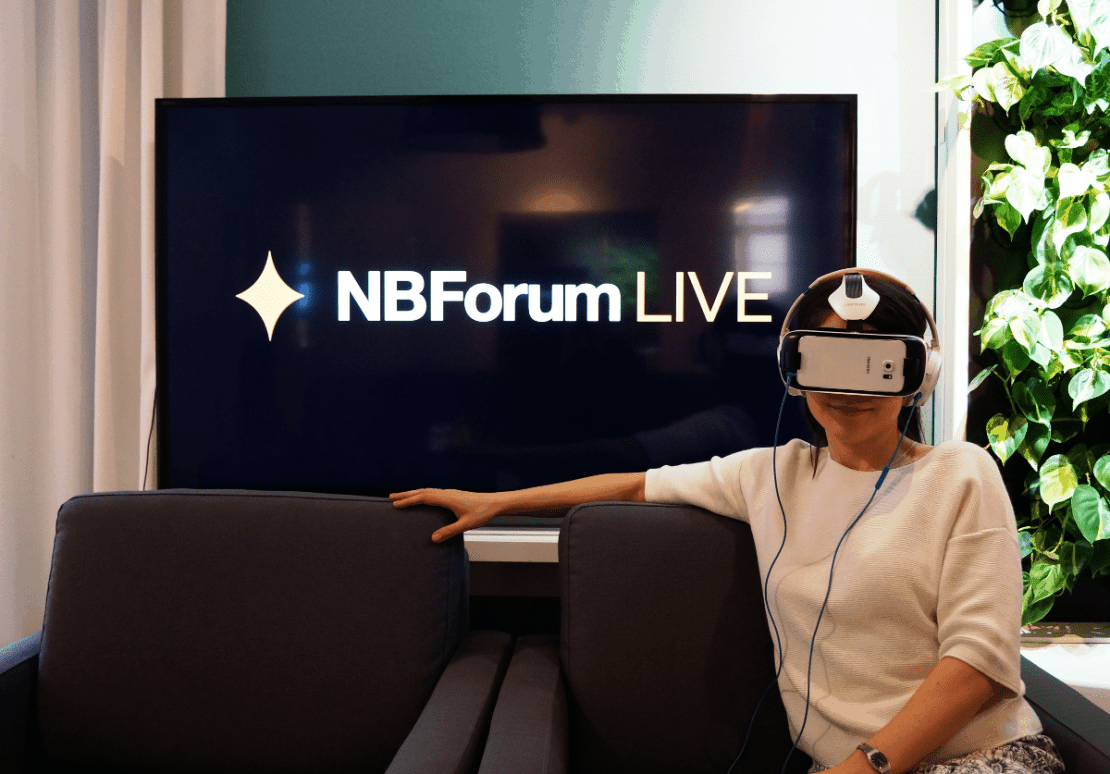