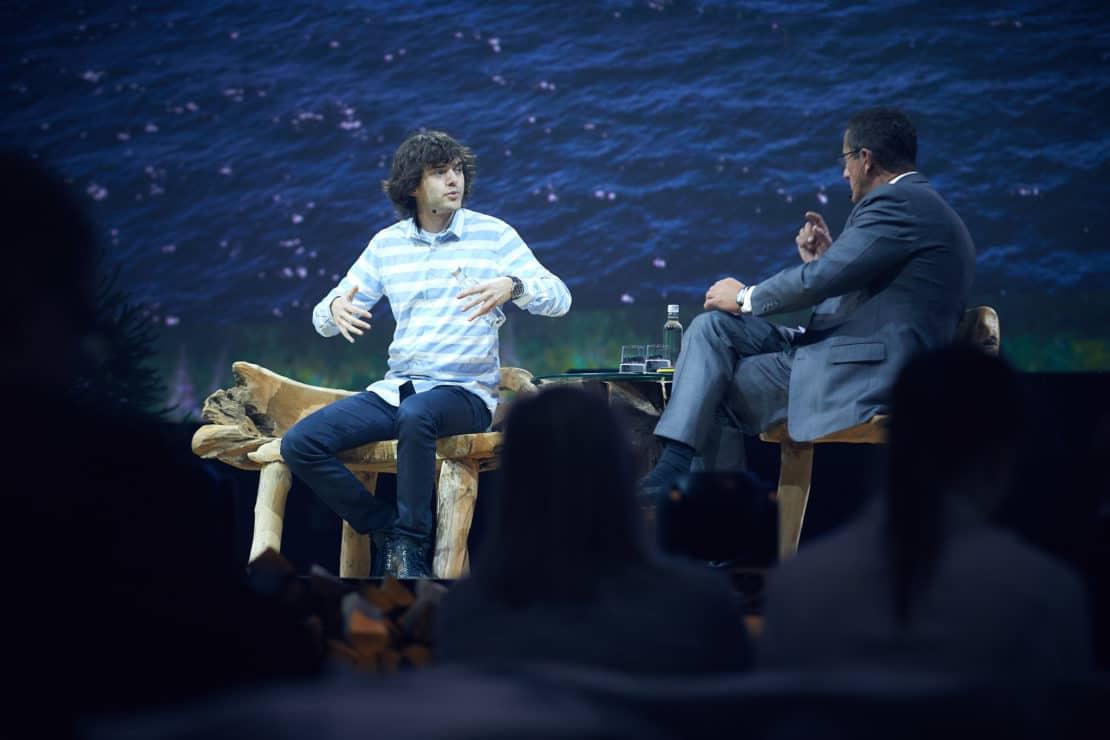 At 16 years old, while on a diving expedition in Greece, Boyan Slat noticed more plastic bags than fish in the ocean. He asked himself, “Why isn’t anyone cleaning this up?” This question circled in his mind for about a year before decided to take action. Now, the 23-year-old is the founder and CEO of The Ocean Cleanup.

The goal of The Ocean Cleanup is to rid the ocean of 90% of its plastic by 2040 using an innovative system. If the full system is deployed, then the ocean will reach peak plastic amounts in 2020, with levels coming down rapidly by 2040. 50% of the ocean’s plastic would be cleaned up in five years, with the next 50% being cleaned up in the following five years.

Why clean the ocean?

“There are too many ‘low risk, low reward’ projects in the world.” Slat wants to pursue high risk, high reward projects. He considers cleaning the ocean to be that kind of project. He says that if you look at the big picture, over the past several hundred years, technology has enabled humans to make tremendous progress in many different fields. For most people, it’s the best time to alive. Slat believes we need to harness the power of technology to solve big problems. There’s no better example of this than conducting the largest cleanup in history. Slat hopes that The Ocean Cleanup can be a symbol of how to use technology to better our world.

Current state of the ocean

The ocean has about 1 million tons of plastic in it. This amount of plastic could fill 100,000 garbage trucks.

There are five areas of the world where plastic concentrates. The largest one, located between Hawaii and California, is known as the Great Pacific Garbage Patch. About half of the world’s ocean plastic is found there.

In the past, people have proposed cleaning up the ocean using nets. Slat says that method would be extremely expensive, costing billions of dollars, and very time consuming, taking around 79,000 years.

When Slat realized that ocean garbage naturally moves with the tides, he thought “Why go through the ocean if the ocean can go through you?”

With this idea in mind, he created an artificial coastline to act as a vacuum cleaner powered by the ocean’s currents. The system is a U-shaped barrier that moves through the ocean the same way plastic does but at a slightly slower speed. It will be placed in the ocean where no coastlines naturally exist.

The Ocean Cleanup is a non-profit organization founded in 2014. Thus far, Slat has raised $35M to fund two main initiatives:

The first goal was to thoroughly understand the problem. Slat did this by surveying the Great Garbage Patch. He used airplanes to map out the patch, determine how large and deep it is, and measure how much plastic is there.

The second goal was to test his idea. This required hundreds of scale model tests and the development of a fully functional prototype. This prototype needed to be strong enough to endure all possible conditions including hurricanes.

The Ocean Cleanup prototype is made from non-permeable screen material that extends four meters into the ocean. It functions like a curtain. It cannot trap wildlife because everything with buoyancy like fish and plankton will be sucked underneath the screen. Plastic, which floats, will remain in front of the screen.

Eventually, there will be 60 systems in the ocean. Slat is preparing to deploy the first full-scale cleanup system by early 2018.

Slat began looking for funding when he was 18 years old. His idea was radical and initially no one wanted to help. Then he did a TedX presentation that went viral and interest in his project accelerated. His first crowdfunding campaign raised $90,000. With that money, his team was able to make the first milestone and communicate it. His second crowdfunding campaign raised $2.2M which got his team to their next milestone. His most recent campaign netted $22M.

Slat tells his team that as long as they are meeting their milestones they don’t need to worry about funding. He believes the funding will come as the milestones are met. Slat’s next milestone is having the full-scale system deployed to prove the technology. He hopes doing so will motivate companies to buy the next 10-20 systems.

The project has been backed by Silicon Valley and European entrepreneurs like Marc Benioff and Peter Thiel. Slat would welcome government purchases but has been relying on entrepreneurs and companies thus far because of their ability to quickly make decisions.

Slat believes the project will be self-sustainable through branding. To scale up, he needed one initial investment. In the future, he plans to partner with companies. Operational costs would be covered by selling the plastic that they collect. Once collected, the plastic is washed, shredded, sorted into polymer types, and turned into high-quality materials. The refurbished plastic would be sold with a licensing fee for the brand. Slat imagines the plastic could be used in things like watches, car dashboards, and chairs. The plastic would have an emotional value and strong brand message. 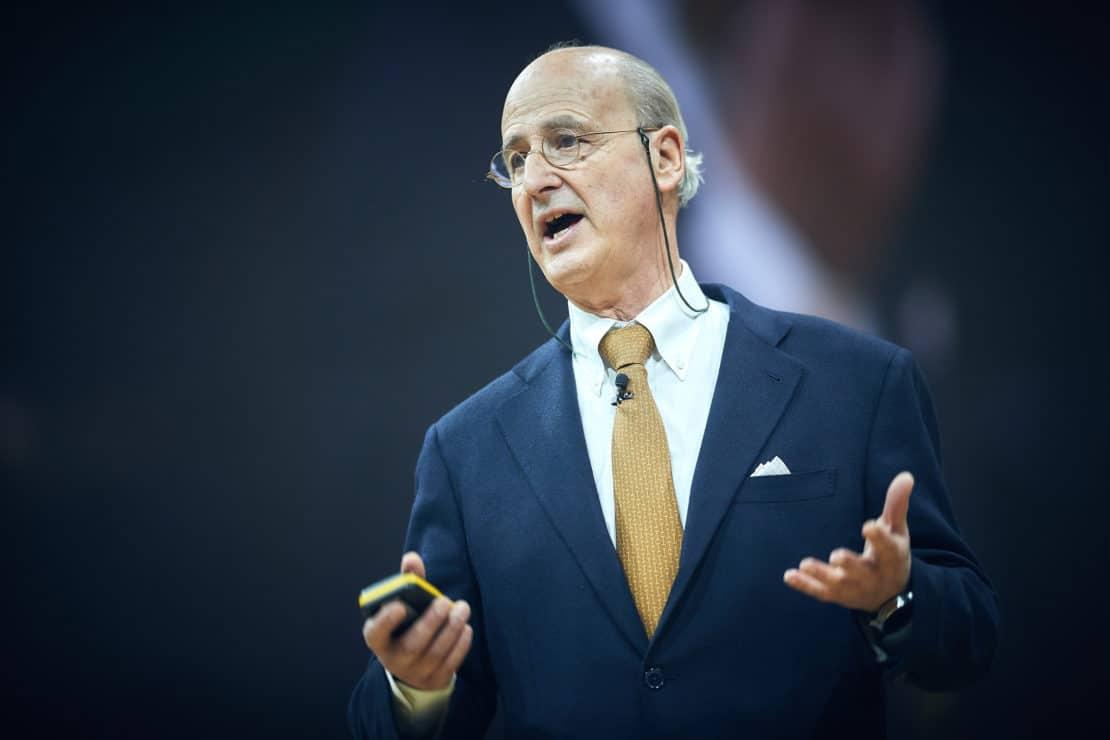 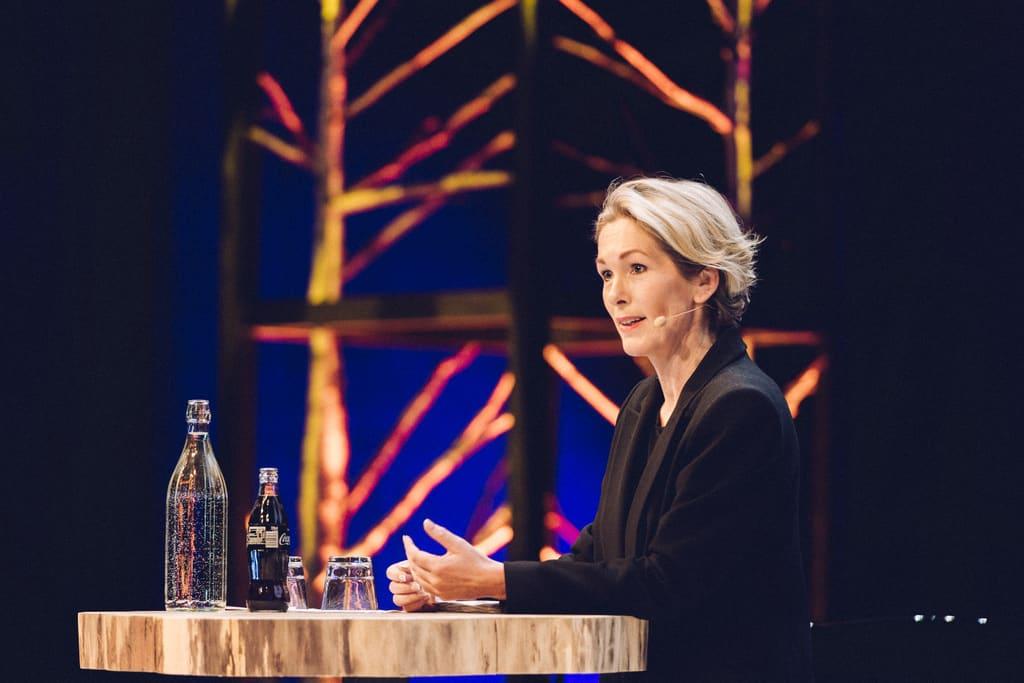