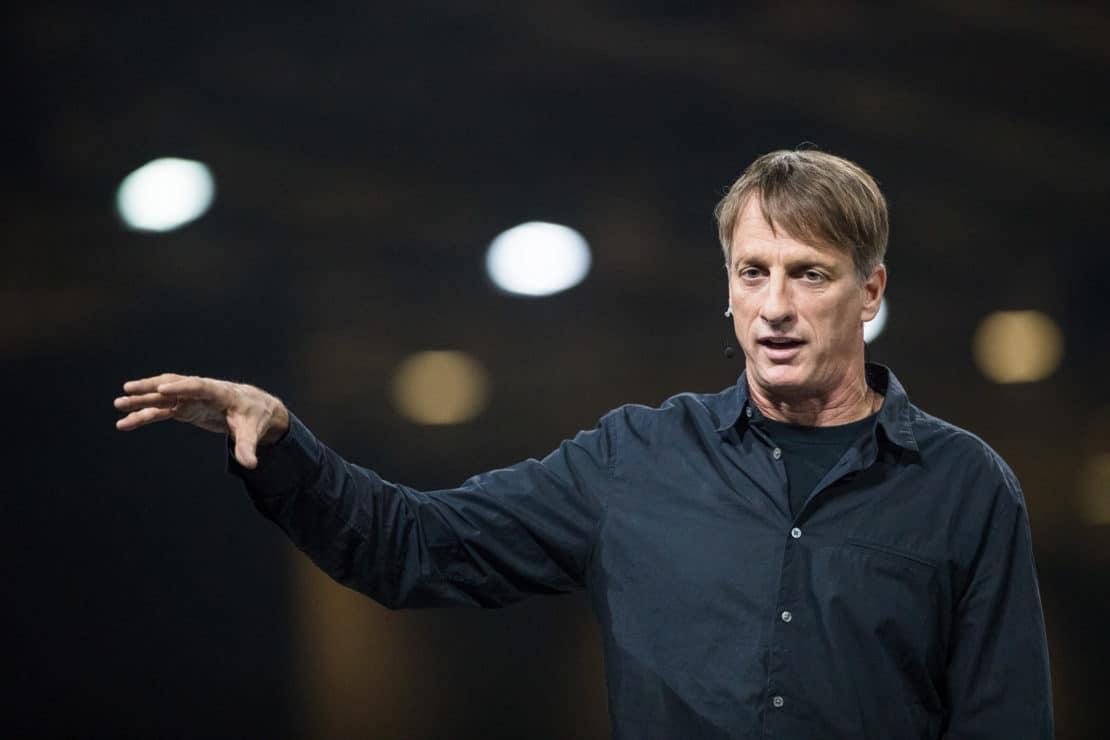 Known as the preeminent figure in the skateboarding world, Tony Hawk is still actively involved in the sport that has changed his life and that of many other people across the world. His journey to become a successful entrepreneur began as a love affair that started decades ago at the 10 – driving him to overcome obstacles and stay the course to live out his passion.

Romance blossomed when Hawk took a tumble during a trick on the board, suffering a concussion and a few lost teeth. Instead of souring him on the sport, the accident fueled his passion and determination.

Now 48, Hawk is still a pro skateboarder who sits at the apex of a hugely popular video game empire that sports his name. He is also working to helping people all over the world to expand their horizons and develop their skateboarding skills through the Tony Hawk Foundation. He is a walking brand.

According to Hawk, when his career began to take off in the 80s, he learned the hard way the importance of managing his brand. At the time he was still in high school and was earning six figures. As a school kid, he was signing endorsement deals at will and travelling the world – it allowed him to purchase a house as a teenager. But some of his business partners were engaged in shady practices that he didn’t know about – and didn’t sanction when he found out about them.

“If you have a brand and you sign control away, you never get it back. I wasn’t even a person; I was just a brand to be exploited as they saw fit. I vowed that if I ever had the opportunity to do this again, I would keep control of my image and likeness,” Hawk declared.

Hawk teamed up with a partner to start a skateboard brand at a time when the sport was in transition as skateboarding moved out of the empty pool that had been his playground and into urban landscapes. This was when Hawk stuck with what he loved and took a chance on starting a business during a period when the future didn’t look particularly bright.

“We believed that it would come back and it would take less capital to start a company at that time and so we started [low cost] guerilla marketing,” he explained.

But building a brand took longer than he expected and by the third year of business, Hawk and his business partner were wondering if they should call it a day. This crossroads provided a lesson in perseverance that many entrepreneurs face.

“This was where I decided I loved doing this and I would do whatever it took to stay with it.”

After having his pitch for a skateboard-themed console game turned down by game developers and publishers, Hawk eventually struck gold with Activision, who used the game engine from a tanked Bruce Willis game, Apocalypse, to create a new skateboarder challenge.

At this point, Hawk leaned on the lessons about brand ownership and control that he had learned during the 80s to fight for quality and creative control. Three years later on the eve of the game’s release, he was offered a buyout at a price of half a million dollars. He decided to roll the dice and turned down the offer.

“A billion dollars in sales later I’m thankful I did,” Hawk said.

Hawk noted that small brands offered big cash to sell up might find it hard to stay true to the core and say no. But anyone who’s passionate about a brand or product will stick with it and see it through, he advised. “The definition of success is to do what you love for a living. Are you happy going to work, do you enjoy it?”

Success for Hawk has also meant learning to navigate the treacherous minefield of social media – especially when brand and person converge, as has been his experience. And of course there is the undertow of hatred and negativity constantly present in social media channels.

“You have to learn to ignore it. You need to be thick-skinned and not validate the haters.” Social media also gives entrepreneurs a chance to engage with their audience in an authentic way, the superstar skateboarder added.

Although he’s still cruising around on four wheels, Hawk said that he’s committed to finding ways to give back. Established 14 years ago, the Tony Haw Foundation has donated more than six million dollars to help build over 500 skate parks, designed in collaboration with stakeholders – skaters, communities, and local officials. 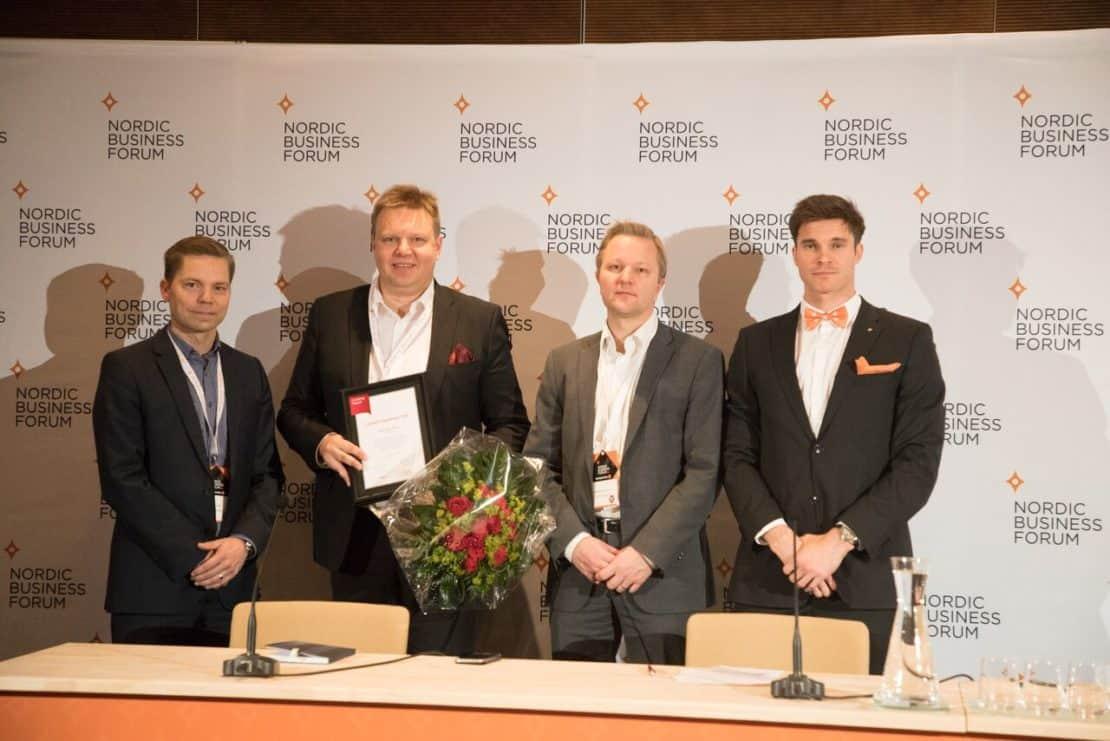 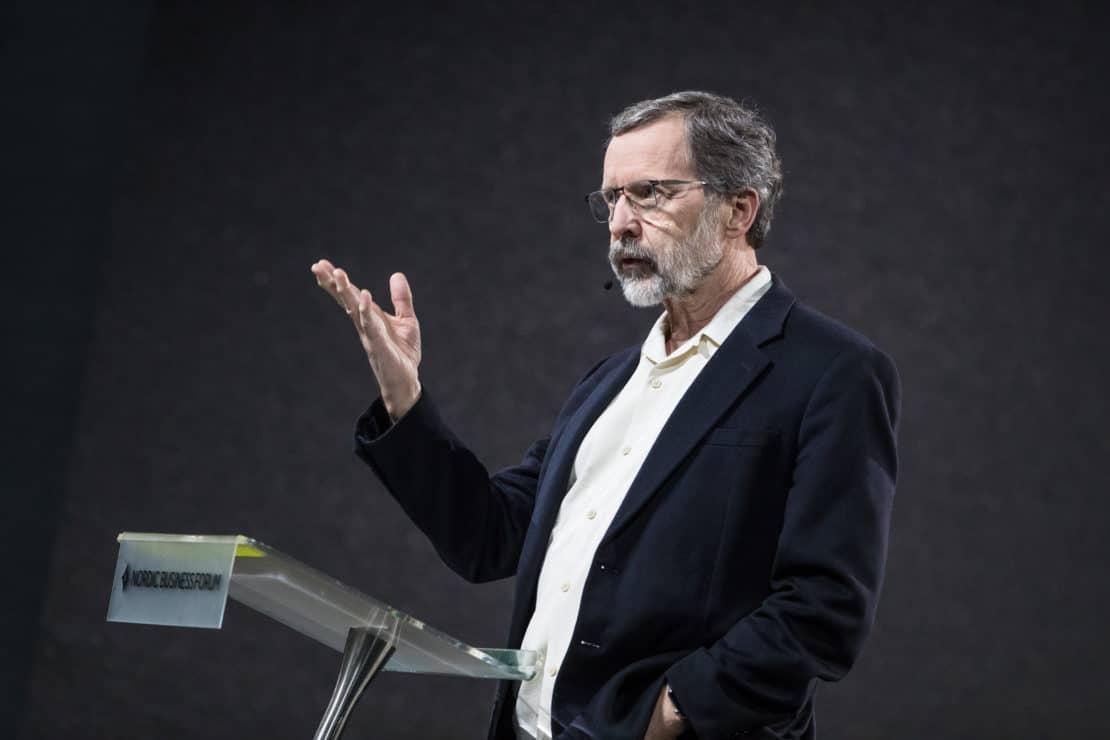