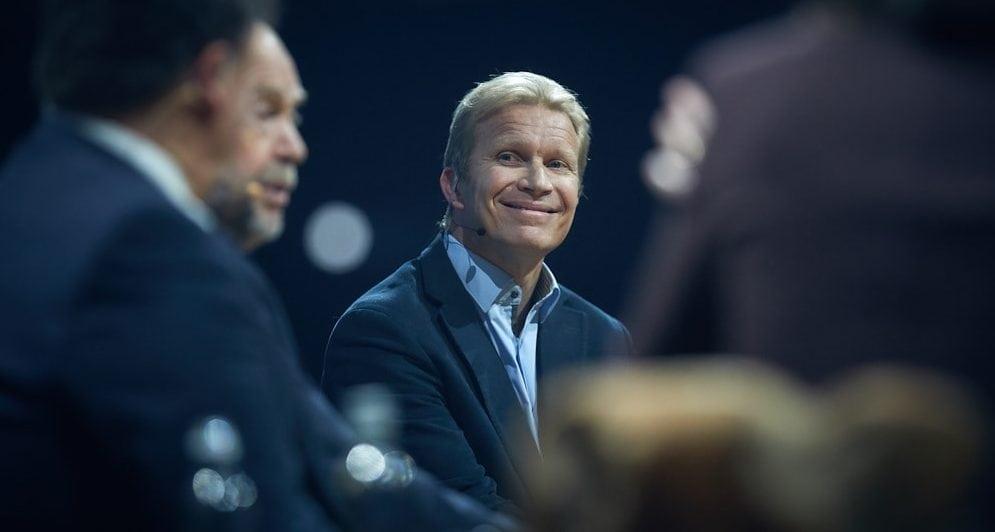 The world needs a new way of thinking. Climate change has made headlines for years, and the secret is out on the underlying problem: fossil fuels. The fundamental problem in finding solutions has been the gap in our knowledge; we haven’t analyzed how our actions to counter climate change have worked on a global scale. We’ve seen the problems and are starting to pay the price of inaction — but is this at the cost of our future?

Mika Anttonen, founder and principal shareholder of St1, recently sat down with us to discuss his views on climate change and renewable energy sources.

Nordic Business Forum: Climate change is not a new concept. We have been discussing it for years, and yet we still have not identified solutions for it. Do you think we have avoided talking about the solutions because we still haven’t grasped the problem?

Mika Anttonen: In a word, yes. We don’t understand the size of the problem, and we underestimate the cost of making changes because we don’t understand the big figures. Even experts find the situation challenging. We all understand that €10 is very different from €10,000, but in the energy sector, we are dealing with hundreds of billions, and that’s a magnitude that people can’t comprehend.

What the big figures tell us is that it will require a big change to get us out of the situation we are in today. We need to change our lifestyle, otherwise small actions become gestures. It’s easy for people to make small changes in their lives, like changing their lighting system or car, but this doesn’t solve the problem. It will require a huge investment to build up totally new infrastructure for renewable energy for the future.

NBForum: You mentioned a change of lifestyle — could you explain what that means and why it’s needed?

Anttonen: A change of lifestyle means a change of consumption habits. And this usually means making changes in people’s daily lives that they don’t want to make. The best way to describe this is through examples:

Let’s start with the idea of cars. A couple of years ago, we proposed that car manufacturers only be allowed to produce vehicles that have a maximum speed that matches the speed limit on roads. This means that, in Finland, cars would have a maximum speed of 120 kilometers per hour. The benefit of doing this would be lighter cars, smaller engines, lower consumption, fewer traffic accidents, reduced road repairs, reduced emissions… In fact, everything would be positive, except one thing: driver satisfaction. Who would buy Audi, Mercedes, or BMW with a maximum speed of 120 kilometers per hour? Nobody. We are not ready to commit to this change of lifestyle because it feels like a restriction. But if we introduced legislation to control this, the consumption of gasoline and diesel would be 50% less. Immediately.

Another example is air travel. I propose that we eliminate all flights under one hour long if there is a rail connection available. Think about it: a trip from Paris to Brussels, or from Frankfurt to Munich are well-connected routes by railways. And in terms of time, end-to-end trips on trains are likely to be faster than flights. But here is the lifestyle problem: people prefer to fly, for whatever reason. There is no rational reason behind it, so that’s where our lifestyle needs to change. It can have a huge impact on the climate change issues.

NBForum: How do we approach making changes to the global energy system, and what are the biggest obstacles we currently face?

Anttonen: The global energy system is a complex topic that we need to explore, and there are many questions that we have difficulties answering. Would a solution actually cut carbon dioxide emissions? What are the outcomes, the consequences? And what are the costs? We need to put these questions into some kind of order and define a global energy model. Then, using that model, we can test proposed actions and identify the most cost-efficient solutions to pursue first. At the same time, we need to invest a huge amount of money in research and development to solve bottlenecks in the global energy system.

One of our biggest issues is the storage of renewable electricity. Using batteries at an industrial scale to store solar and wind power is actually a drain on expenses. Let me give you an example: last spring, we had a competition between global battery suppliers operating at an industrial scale. This included companies like Tesla and six or seven others. As a test case in Finland, we wanted to use a battery system for a windmill, with the idea that we will put electricity into the battery during the low-demand summer months, and consume it during the winter months when the electricity demand is high. The cost of electricity from the battery system is roughly €1,000 per kilowatt hour, and the total consumption of electricity in Finland during the whole year is 85 terawatt hours. For this test case, we estimated the cost of moving 1% of the total electricity demand to the battery system. That alone would cost €850 billion.

Elon Musk claimed that the cost of electricity from batteries could go down in the next decade to €100 per kilowatt hour — 10% of the existing price. Assuming that he is right, then this cost of moving 1% of the total electricity demand to batteries would go down to €85 billion. But we don’t know how this will happen because we don’t have a solution in place for this yet. And it still would not be very cost-efficient.

If we look at the EAI statistics for growth in global consumption, we consume roughly 500 terawatt hours of electricity per year. 58% is supplied by non-fossil fuels, but 42% is still covered by fossil fuels. So, when you look at the big picture, making fossil fuel cars run on electricity is not actually more economical because storing the energy is expensive. To be cost-efficient, we have to come up with new ways to store renewable electricity. We need to invest money into R&D to develop solutions.

NBForum: What role do you think Nordic countries play in leading this research?

Anttonen: I believe that Nordic countries play an extremely important role in the climate change debate. We have some of the most stable societies on the planet and, in this privileged position, and I feel that it’s our responsibility to lead the way to a more sustainable future. We have the ability to develop and deliver solutions that the rest of the world can apply, especially in developing countries.

When we are talking about solutions, electric cars are a good example; even in a Scandinavian context, electric cars are an elitist solution to climate change. The average Finnish family cannot afford to buy an electric car. A typical middle-class car like the Volkswagen Golf will cost about €20,000 for a gasoline version, but €40,000 for an electric version. For people in Finland with an average salary of €3,000 per month, this is impossible to afford along with all the other costs of living. This type of solution isn’t really valid for the Scandinavian context, let alone for most people on this planet.

Look at the UN statistics, a majority of the world population — 4.5 billion people, out of a total 7.5 billion — lives on less than €5 per day, based on the Finnish standard cost of living. It is totally unrealistic to expect these people to deliver solutions for a problem like climate change. That’s why we should avoid the elite-only solutions and develop new technology that can be applied anywhere.

NBForum: Do you think it’s still possible and/or realistic for young people to inherit a clean world?

Anttonen: Absolutely! It’s important to have an optimistic mindset. We have to build up this kind of atmosphere for discussions on climate change where our whole spirit is invested in finding solutions. You have to remember that tomorrow is another day to make the world a better place than today. Whatever has happened today, tomorrow we can make it better. 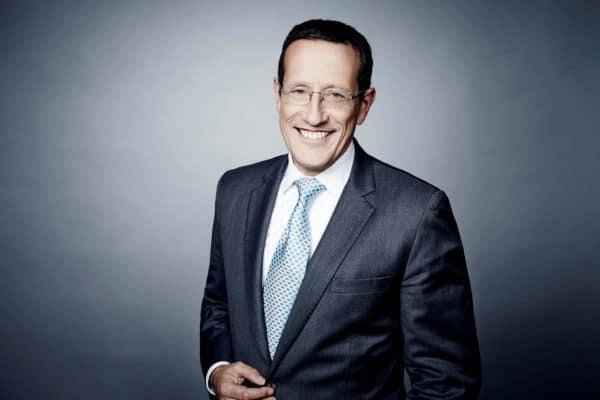 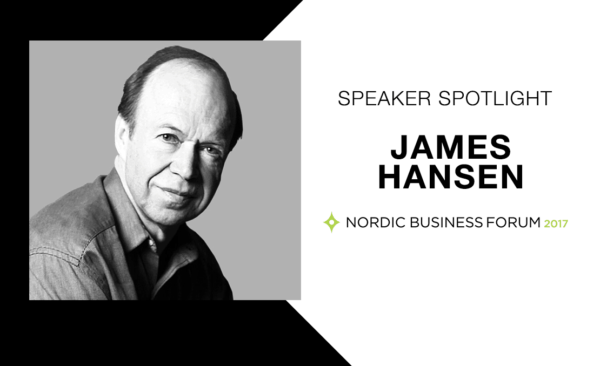 James Hansen | Justice for Our Children

To continue our 2017 Speaker Spotlight series, we welcome the esteemed Dr. James Hansen! Speaker Spotlight What will the world look like in 100 years? How about in 50 or 25? Experts have proven that climate change is no longer […]