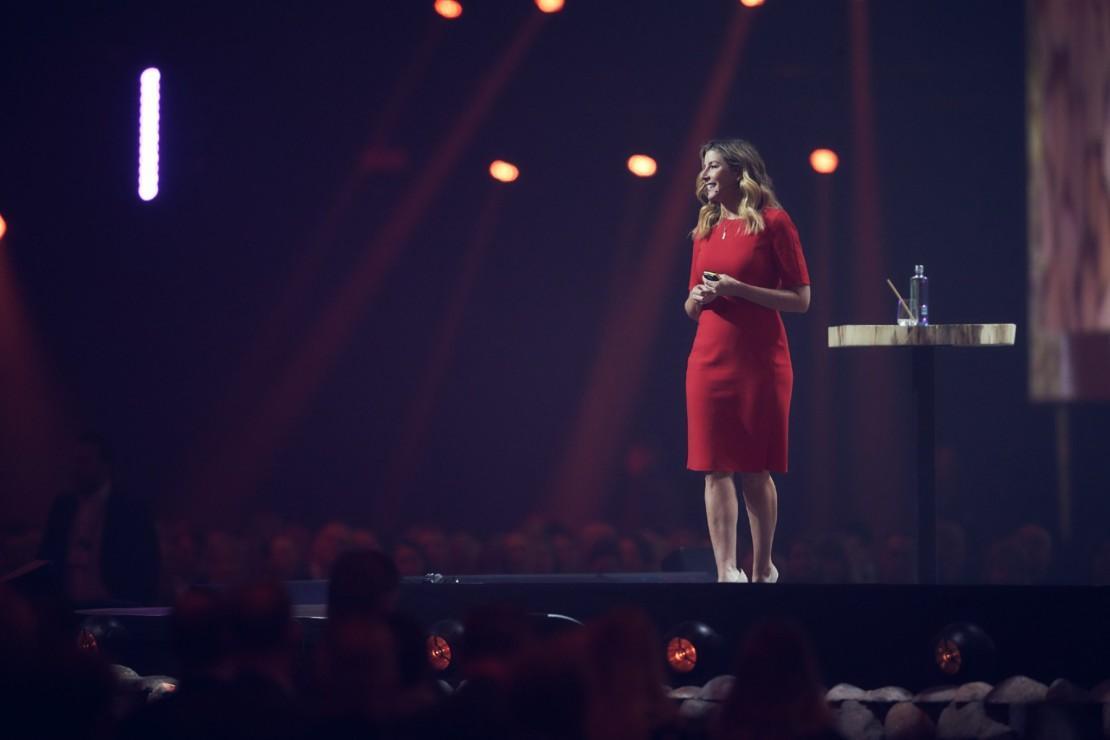 Sara Blakely – The Fundamental Tenets of Being an Entrepreneur

Sara Blakely, Founder & CEO of Spanx, began her career as an entrepreneur based on her frustration that there were not enough undergarment options for women. However, her entrepreneurship began after many trials, such as failing her law school exams twice, working at Disneyland, and selling fax machines door-todoor. “One day, I pulled off the side of the road. I remember thinking, ‘Call the director, call the writer, call the producer, I’m out, this is not my life,’” Blakely told the audience. Blakely’s presentation focused on providing positive anecdotes about doing things differently than other businesses and taking risks along the way.

The first part of Blakely’s talk focused on how she thought of Spanx and where the idea came from. The story she often tells goes as follows: One night before a party, she was annoyed by the fact that she did not own undergarments to wear with her white trousers. Having identified a problem she could solve, she was inspired to devote her weekends and free time to developing her first prototype, a new type of undergarment.

However, the true story of Spanx began much earlier. After her friend’s tragic death, sixteen-year-old Blakely received Wayne Dyer’s tape set called “How to be a no-limit person” from her father. She had the mindset to listen and respond to the material, which she now considers to have been a hidden blessing. By listening to this tape, she was exposed to the ideas of positive thinking, not fearing failure, risk-taking, managing negative self-talk, and not caring about what others think of you. “I have just spent the last 16 years of my life in school and everyone had been teaching me what to think, but no one had taught me how to think,” Blakely recalled. For Blakely, this is the moment Spanx trauly began.

Doing things differently is one of the “fundamental tenets of being an entrepreneur.” Blakely observed that most people work on autopilot. They do things the way they were taught or based on what they observed. Yet, the best innovations only happen when something is done differently. She explained that after upscale department store Neiman Marcus ordered her product, others were stunned. Typically, it takes years of attending trade shows to even garner the interest of a Neiman Marcus representative. “I didn’t even know there were trade shows,” said Blakely. “Oftentimes, what you don’t know can be your greatest asset because you are already doing it differently from everybody else.”

This was also the case with the manufacturing of her products. Manufacturers, she noted, had sized everything on mannequins instead of sizing them with real women. Because she sized her products on real people, her “product is superior to everything
else in the marketplace.”

Overcoming fear of embarrassment and failure

Another key component of being an entrepreneur is asking why something is the case. Although children are inquisitive, most adults stop asking the question why because they do not want to be embarrassed by revealing that they don’t know something, or they see questions as a sign of weakness. Yet, asking the question and not being afraid of the unknown is one of the key ways to be an innovator.

“Getting over the fear of embarrassment is a huge component of how Spanx got started and the why behind me and this journey,” said Blakely. “So go ahead and make a mistake.” Blakely credited her father with encouraging her to fail and learn. As a result, Spanx’s corporate culture includes talking about failure in its Oops Meetings. “Once a quarter, I will gather everybody and I will share my failures,” said Blakely. “I invite everyone to stand up and talk about the mistakes they made.” This type of company culture creates a welcoming environment where everyone feels “more free to take risks.”

Another tenet of being an entrepreneur is nurturing ideas. Blakely considers ideas as “gifts from the universe.” She logs all her new ideas in a notebook. She advised against sharing ideas immediately with family and friends as they are often quick to raise concerns and doubts. During this early idea forming stage, the best ideas might be squashed and people end up spending more time defending their ideas than taking the steps to realize them.

“Ideas are most vulnerable in their infancy,” said Blakely. With Spanx, she noted, she did not tell anyone close to her about the idea for a year; instead, she chose to focus on developing her business.

Blakely continues to innovate in her daily life. In particular, she is inspired by the opportunities afforded to her as a woman today. “For me, it was never about the money. It was always about my love for innovation and women and creating products that didn’t exist,” she said. Blakely acknowledged that she was “lucky to be a woman born in the right country at the right time” and works through her foundation to help support girls and women.

Blakely’s path as an entrepreneur might have begun through a series of failures, but her perseverance and unwillingness to give up in the face of failure has allowed her to flourish into a successful businesswoman. 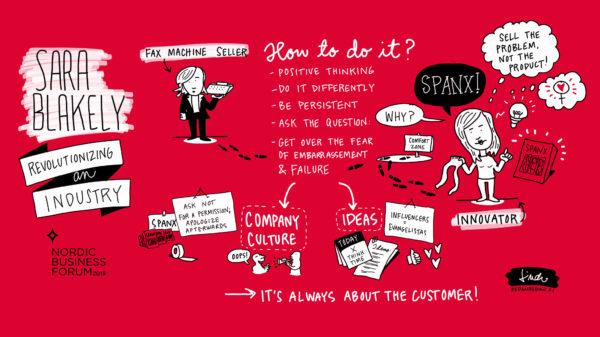 This article is a summary of Blakely’s discussion at Nordic Business Forum Helsinki in 2019. If you want to read what the other speakers said at the event, download the executive summary for free. 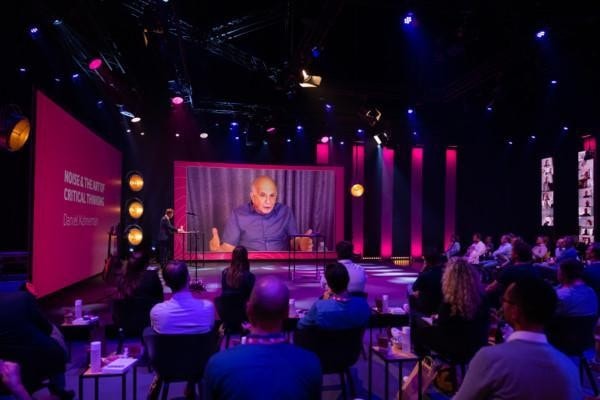 On 21 September, our friends at DenkProducties organized a hybrid masterclass with the iconic psychologist Daniel Kahneman. During the course, we dove deeper into the concept of noise. What is it? Why should we care about it? And maybe most […] 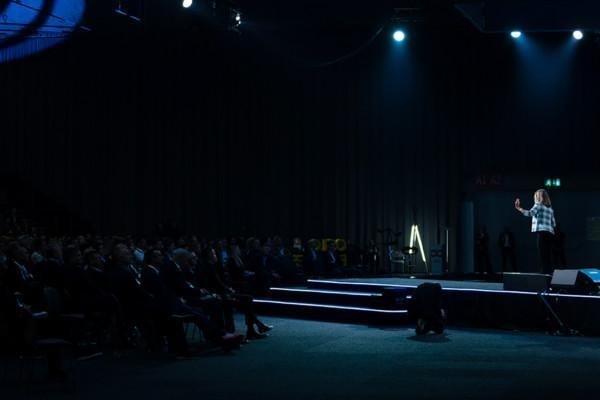 On 29 September, we joined forces with Oslo Business Forum to organize a hybrid event focusing on rethinking business. Over the course of the day, 6 leading experts provided their insights on the topic. We have also put together a […]