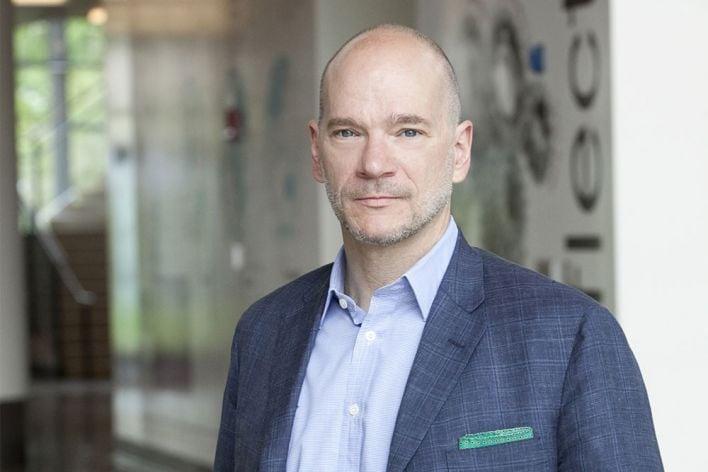 Andrew McAfee is the co-founder and co-director of the Initiative on the Digital Economy and a principal research scientist at the MIT Sloan School of Management. He studies how digital technologies are changing business, the economy, and society. His 2014 book on these topics, The Second Machine Age: Work, Progress, and Prosperity in a Time of Brilliant Technologies, coauthored with Erik Brynjolfsson, has won several prestigious awards and has been both a New York Times and Wall Street Journal top ten bestseller. His newest book with Brynjolfsson, Machine, Platform, Crowd: Harnessing our Digital Future, published June 2017, offers an executive’s guide to succeeding during this turbulent era.

Andrew has written for innumerable publications including Foreign Affairs, Harvard Business Review, The Economist, the Wall Street Journal, and the New York Times. He has talked about his work on CNN and 60 Minutes, at the World Economic Forum, TED and the Aspen Ideas Festival, with Tom Friedman and Fareed Zakaria, and in front of innumerable global and domestic audiences. He is also the host of the popular podcast, Minds and Machines with Andrew McAfee.

We sat down with Andrew to discuss his upcoming session at Nordic Business Forum 2018.

Andrew McAfee: I’m going to talk about the three huge ways that technology is transforming the business world. And the way to think about that is that the technology that we see, these brand new science fiction technologies, are shifting the balance between minds and machines. In other words, between the work that we give the people to do and the work that we give to machines to do. They’re shifting the viewpoint from a product-centric viewpoint to a platform-centric viewpoint. And they’re also changing the emphasis that companies should place on their core. On the things that they’re internally good at versus the crowd. Versus these billions of people who are now interconnected and available online. And what we’re learning is that in all three cases, the balance is shifting towards the machines, toward the platforms, and toward the crowds. Now, this doesn’t mean that minds are useless, that products are irrelevant, and that the core no longer has any value. But companies do need to rethink the balance between mind and machine, between product and platform, and between core and crowd.

NBForum: Interesting! And where does artificial intelligence come into the picture?

AM: That’s a prime example of how much better the machines are getting. Especially at tasks that we used to think were exclusively the domain of human minds. So, we’ve known for a while that machines are better than us at arithmetic and routine transaction processing and record keeping. Up until pretty recently, we thought that the rule was, give the routine stuff to the computers, the machines, and that will free up the people to do what our minds are better at, which is to recognize patterns, to exercise judgment, to have intuition, to do all these kinds of things. What we’re learning in the era of artificial intelligence and machine learning is that, in lots and lots of cases, the machines are actually better than us at exactly those pattern-matching-based tasks. Those judgment based tasks. Better than us at a lot of things that we would call intuition. The machines are not just doing routine work anymore, they’re beating us at our own games over and over. So, the old view of the world, where you give the routine stuff to the machines and let the minds work on the judgment tasks, that’s a bad way to look at the situation now.

That being said, the message in our book and in our research is not that human beings are irrelevant or that we’re about to become irrelevant. Instead, we need to rethink how we use what our minds are actually good at. For example, I’ve still never seen a digital leader. I’ve still never seen an artificially intelligent entrepreneur. I’ve never seen a digital novelist or a great digital designer. So, there are lots of domains where we still desperately need people and we need them more than ever. But our point is that you need to deeply rethink the boundaries between mind and machine because the old way of thinking about it is inappropriate now.

NBForum: You have previously remarked that it’s the mindset of people running companies that is the biggest impediment to actually realizing the potential with new technologies. Could you unpack that for us?

AM: Yeah. And I always describe this with a historical analogy. About a hundred years ago, manufacturing was transitioning. It was transitioning from being powered by steam to being powered by electricity. And in the era of steam, a factory had one great, big steam engine in the basement and power was distributed throughout the building with this really complicated system of shafts and belts and pulleys and all of these things that distributed power. And then there’s a thing called electricity came along. And it was pretty clear that electric engines were better, more efficient in some ways than steam engines. So, a lot of factory owner’s said, “Okay, great. I’m going to take that one big steam engine in my basement, get rid of it, and replace it with one big electric motor. One big electric engine. And then I’ve electrified my factory. And great, I adopted this new technology.”

They did electrify, but they didn’t take advantage of the new technology. Because another group of people looked around and said, “Wait a minute, the electric motors, they get small. We can shrink them down. We can start putting not just one in the basement, but we can start putting one on every machine in the factory.” And when they first proposed that, it was crazy. People laughed them out of the room. They said, “That’s insane. That will never work. It’s just not how you run a factory.” But, of course, it became the smart way to run a factory. And when you do that, you can do all kinds of things that were impossible before, like having an assembly line or a conveyor belt or a crane overhead. You can radically rethink what a factory is and how it works.

And the companies that engaged in that radical rethinking were the ones that prospered in the era of electricity. The ones that didn’t, that just thought, “If I take the old steam engine out, put the new electric engine in, I’m done.” Those companies went out of business. And the point that Eric and I make in the book and that we keep on trying to make is that there’s an equally big transition going on. And if you think that, for example, I’m just going to use artificial intelligence the same way I’m using a spreadsheet now. But because I’ve got artificial intelligence, it’ll be a better spreadsheet, then you’re making that same mistake that the factory owner has made. And some competitor’s going to come along and take away your margins, your customers, your market.

NBForum: Are you optimistic about the future of technology in business?

AM: Oh, absolutely. You know the old joke among economists is that technological progress is the only free lunch that they believe in. Technological progress increases our overall prosperity, our overall wealth. And when you look at most indicators around the world, you walk away incredibly optimistic. More people are leaving poverty than ever before. People are leading longer, healthier lives. Infant mortality is decreasing so quickly. It’s easy to get caught up in the gloom and doom and the bad news. The world was improving more quickly than ever before. And two really important forces that are causing that improvement are technological progress and economic freedom in free markets. So, I’m incredibly optimistic.

I am not as confident that all of the companies that are successful today, that are on top of their industries, on top of their markets today, are going to be equally successful and equally dominant in five years or 10 years. One thing we know very clearly is that periods of profound technological change are also periods of profound business change and new leaders appear. And so, for example, I believe the five most valuable publicly traded companies in the world today are all technology companies and they’re all pretty young. Maybe Apple’s the oldest one. These are all young companies. And the reason they’re so valuable is that they are adding huge amounts of value to people around the world and they’re disrupting industry after industry after industry.

But, I think there are two conversations that need to happen next. One is, we do need to think about what we do for the people who get left behind as technology races ahead. And left behind in their capacity as people who want to offer their skills, their labor, and get a decent living in exchange for that. I’m not saying that that bargain has vanished, but it is changing. And I think it’s changing quickly. So, we need to be mindful of that. And then the other thing is the people who are responsible for running companies need to realize that the environment is shifting very, very quickly under their feet. And if they continue to act in the same ways and continue the same approaches and the same business processes that got them successful, that brought them success up to this point, that’s not going to continue to lead to success. That’s going to become the recipe for failure.

NBForum: And, before we finish, if people only learn one thing from you, what should it be?

AM: I want them to learn a way to think about – to think clearly about – how technology is changing the business world.

About Aswath Damodaran Aswath Damodaran is the Kerschner Family Chair Professor of Finance at the Stern School of Business at New York University. He teaches the corporate finance and valuation courses in the MBA program. In addition to being the […] 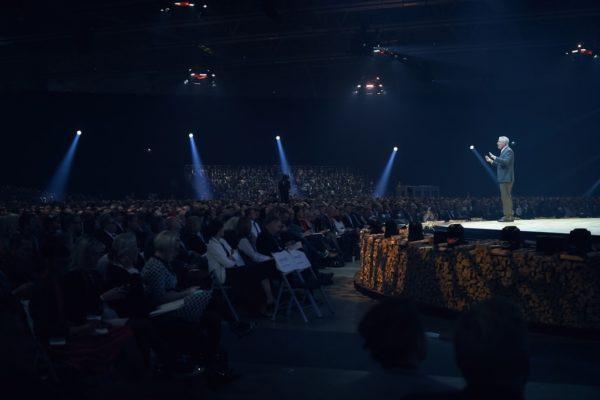 Our brand new Speaker Sourcing Contest has hit the ground running this year, and it’s hard to believe that we are already in the home stretch. The contest, which set out to find individuals with fresh perspectives and management ideas […]