We can hardly wait to share today’s #WeMakeNBF Appreciation Week post with you! Our 2017 Leadership Program saw some amazingly motivated people emerge from a sea of applicants and, today, we would like to celebrate the talented Johannes Somerkoski.

Johannes was one of the leaders of the Host Services team. He and his co-leader were in charge of a team of 31 people. He rose to the Team Leader position after volunteering with us at NBForum 2016 where he radiated enthusiasm for the event and our volunteers. We sat down to speak with Johannes about his experiences with us!

Nordic Business Forum: Hi Johannes! We’re glad to see you again as we close out the year for the NBF Leadership Program 2017. Take us through your journey — what first inspired you to volunteer with us?

Johannes Sommerkoski: It’s kind of a funny story… Anyone who knows me will know that I’m a talkative person. I don’t really like to be alone, and I will go up and talk to anybody. So, one day, I was at my school and I saw a promotion stand in the main hallway. There were a couple of girls setting things up and I saw the Nordic Business Forum logo. I had heard about the events before but didn’t know exactly what it was all about, so I decided to go and ask them about what they were advertising. I actually thought they were giving out free tickets, so I asked if could have some. They told me “No, no no, we don’t have any free tickets,” and even when I asked if I could buy them, they said it was sold out. After that, we got to talking and they explained that they were recruiting volunteers. It all happened from that conversation, and I just decided to apply in that moment and I got chosen!

NBF: What a happy accident that turned out to be! And you also got chosen soon after that for the 2017 Leadership Program. Could you tell us about the preparation process for the Team Leader position?

JS: It all started in December 2016. All 16 of the team leaders met and had a chance to get to know each other for the first time, it was all quite laid-back. No one really knew each other before. We met three or four times before the end of the year, and then again for another week in January before the Stockholm event. At that time, we worked more intensively at preparing for the Stockholm conference — in fact, the Swedish event was a good “school” for us because it was a smaller version of the conference. All the team leaders were really close to everything: we saw the speakers, how the whole event was built, and all the preparation that went into it. So, it started from there. After the Stockholm event, we met another one or two or almost three times a month before the summer.
The Head of Customer Experience, Salla, had organized some pretty nice training sessions with nice speakers and people who have done really done well in their careers. I think the best session was about public speaking, but it wasn’t that nice at the time because we really had to go outside of our comfort zone. We had to make a speech in one minute and then present it in front of the others. Even though we were friends, it was still quite scary — and, you know, having our supervisors there, you could feel some pressure to be ready with your speech in a really short time. But that was really useful too. We went through all the chemicals that we have inside our bodies, like serotonin and cortisol and adrenaline, and learned how to build the speech around how you want the audience to react. I made a lot of notes, and I have to read the notes again!

NBF: Fantastic! Those are the kind of skills that will always be useful and help you quickly build your confidence to lead a team. Was there anyone to whom you looked for guidance, or as a role model to follow?

JS: Yes, and I have to namedrop Salla, of course! She is the head of NBF’s Volunteer Operations, so it’s really motivating for you when you see her working. She has so many things to take care of, and she is still always so kind, relaxed, and easygoing. But she gets things done. I think she has been a great role model for all of us, and all the team leaders have been looking up to her. She inspires us because she really is a power woman! Salla leads us by example and has made a really big impact. She has shown us that you can do anything with the right attitude.

NB: I couldn’t agree more — and it will help you deal with last minute emergencies! As one of the heads of Host Services, were there any challenges that you encountered during the event days where you relied on this positive attitude?

JS: Yes, a few. One big challenge was when you have so many volunteers and not enough tasks to always give them. All of my volunteers were trained to be hosts, but some of the companies that they were assigned to did not need a host. This means that they didn’t all have something to do at all times. I would sometimes see these volunteers just standing around, looking lost or a bit bored since they could not do the task that they prepared for… and it was difficult to give them another task, because sometimes it required different preparation or knowledge. Again, though, if you have the right attitude, then it’s easy to pick up a new task. But that’s not up to me, that is up to the volunteer. My challenge was keeping my team always active and having a good experience.

I also had some coordination challenges, but they worked out OK in the end. Without a lot of details, I can say that we had a demanding customer (who was assigned a host) show up at a different entrance than his host. He came to the South Entrance of the building, his host was at the North Entrance — and it’s a long walk between the two. The event was starting in a few minutes when this customer walked up to the desk and asked for his seminar pass and host. I was standing nearby and I said to the radio that this customer was waiting, and that’s when we figured out where the hassle was going on. His host was on his way, but the event was already starting because we could hear the opening show music. So, since I knew the customer and was close by, I arranged it so that I would escort the customer to his seat and his host would bring his seminar pass to his seat in the seminar hall. I had to help him through security and tell the guys who tried to stop him from entering the hall that he will receive his seminar pass at his seat. It felt quite cool to be the one in charge of that situation and to be able to help someone like that.

NBF: Very nice! I’m sure he must have appreciated the First Class treatment. Well, now that the Leadership Program is coming to an end, what’s next up for you?

JS: It’s time to wrap up school. I can tell you that my days feel kind of empty at the moment because there has been so much to do with NBF over this past year and, now, it’s just school. But it also means that I can focus on it and get it finished. I study sales, so I really want to work within sales in the future. I would like to find a nice place to work where I can bring my NBF spirit and skills with me!

Stay tuned for more interviews with some stand-out students from Haaga-Helia University of Applied Sciences, our partner for our main event in Helsinki and our volunteer recruitment. Have a question about the NBF Leadership Program? Get in touch with Johannes to ask him questions about his experience. Follow us on Facebook and Twitter to keep up with the latest news and announcements from our HQ! 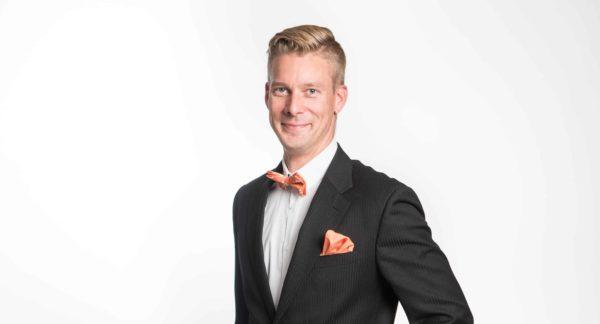 Another day, another reason to celebrate #WeMakeNBF Appreciation Week and the fabulous group of Volunteer Team Leaders at the heart of Nordic Business Forum. We have a special interview to share with you today with the charismatic Tomi Karlson. Tomi […] 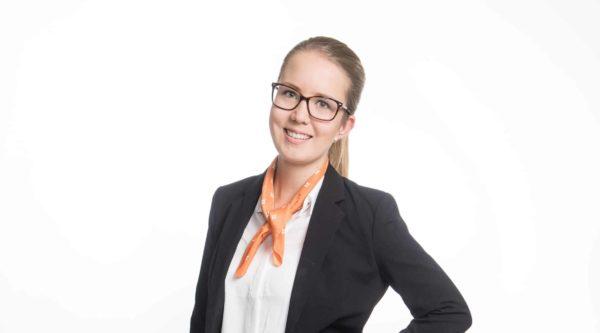 #WeMakeNBF Appreciation Week is in full swing at Nordic Business Forum! It’s been a festive week full of interviews with some of our shining Volunteer Team Leader stars, and today is no exception. Up next, we would like to introduce […]