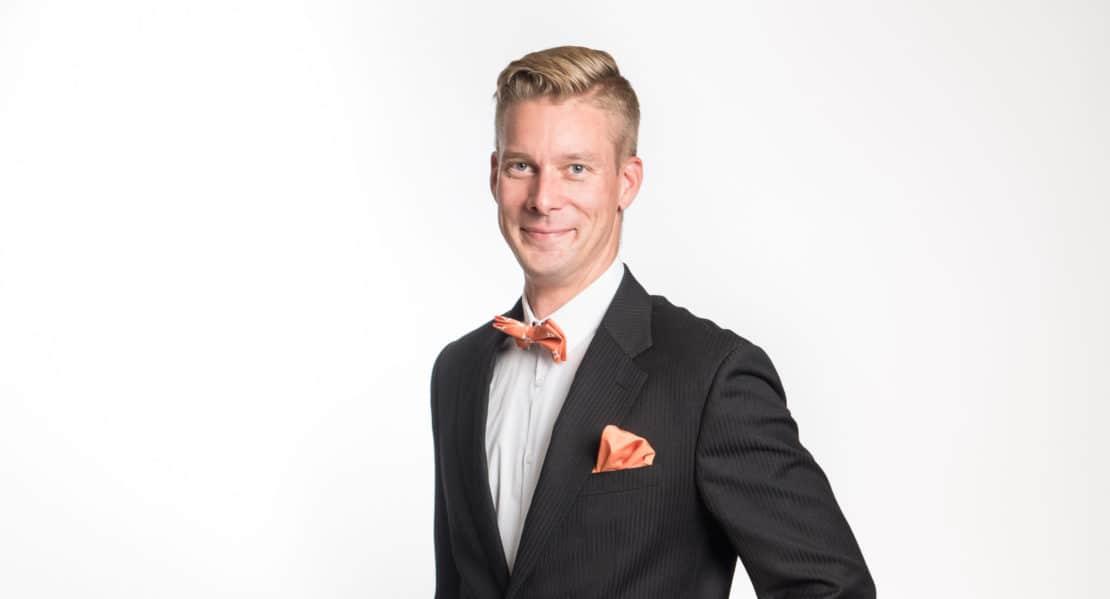 Another day, another reason to celebrate #WeMakeNBF Appreciation Week and the fabulous group of Volunteer Team Leaders at the heart of Nordic Business Forum. We have a special interview to share with you today with the charismatic Tomi Karlson.

Tomi led the Arrival and Departure Services team. He and his co-leader were in charge of a team of 26 people. Tomi’s journey through the Leadership Program was unlike his colleagues because he quickly stepped up to fill an open position in the program in August 2017. He had previously volunteered at one NBForum event, and showed so much enthusiasm and passion that we knew he would be perfect for the job! We sat down to speak with Tomi about his experiences with us.

Nordic Business Forum: Hi Tomi! As the newest addition to the Leadership Program, we’re very interested to hear about your experience. Could you start by telling us about how you heard about the Team Leader position?

Tomi Karlson: I heard about the position when [the Head of Volunteer Operations] Salla called me one afternoon in August and said that there has been this change where one Team Leader could not take part in the seminar because he had to work with some new project. So, when she called me, she asked if I would be interested in filling that available Team Leader position. Right away, I was like, “Yeah!” but then after, I thought that I should maybe think about work and my other commitments. But I was too excited in the moment. She told me that Ville (the other team leader) would be working with me, and I knew him from 2015 already and I thought he was the coolest guy and we had such a good working connection, so I definitely wanted to be a Team Leader. And I knew a few others on the team too. It was an easy position to fill and, even though it was last minute, I don’t regret any part of it at all. It was such a great experience.

NBF: We couldn’t agree more! The people make the experience, and you had already been with us once before as a volunteer. From your perspective, what do you think makes volunteering with Nordic Business Forum special?

TK: I think it’s the group feeling. We feel like one big family, and it’s really amazing. When I came the first time into a classroom with the 15 other team leaders and Salla and Sabi… it was about eight minutes later and I felt like I was part of the team already. It was so fast and it is because there is something magic going on with the group. I can’t explain what it is, you have to be part of the group to know what it’s all about. And the same thing happened with the volunteers. When the team that I had with Ville met, they said the same thing. They were really shy for the first eight minutes and then something would just happen and they became a real team — and it was so natural. It’s this group spirit that’s been the biggest thing which is really motivating and special to NBF, I think. And in a leadership position, this quality of the experience made our work effective and fun because we trusted each other.

NBF: Trust is so important. Let’s talk about the volunteers on your team. Did you notice any qualities or characteristics that make for an effective volunteer?

TK: I think you have to be really open-minded. You have to be a team player, and you can’t really pretend to be a team player because the others will notice quite quickly if you don’t play for the team. And this came across in the selection process because we would not choose individuals if they only played for themselves. I would say to everybody when we had these training sessions that it is not important for us that you’re in the training sessions. It’s important for you because you are the ones who have to learn something and you only get this guidance from us these few times we meet. It is a huge advantage and it will get you from here to the seminar smoothly, but if you’re not part of this these training sessions, then you’ll lose out on learning a lot of things that are needed to perform your job during the event days. They understood this quite quickly and we actually had only one or two people unable to attend one training session. Otherwise, the whole group stayed intact the whole time.

NBF: It’s great to hear that the group took your words to heart, and that speaks to your selection process! That would otherwise be a huge challenge as a leader. Were there any other challenges that came up, during the event days?

TK: Yes, during the event days! I have a great example of a challenge and opportunity that happened when we had a chaotic situation with the taxis on the first evening. Let’s just say, there were about 2,000 people and four taxis available. Within a few minutes of the seminar ending on Day 1, we had lots of people standing outside looking for a taxi, and it was quickly becoming a bad situation. I said to the volunteers that we have to make two different lines: one for the groups that need a bigger taxi (for four or five or six people), and one for just one or two people in a taxi. There’s no point to make one big line for everyone and then a taxi for 9 people pulls up and the next person in line is traveling alone — that would also be really bad customer service for the big groups! So, I told them that we have to go and guide people as they come out of the seminar hall and explain to them which line was for groups with max. 4 people, and which line was for groups of 4 or more people. I asked if they could do it and they were all like, “Yep, sure!” and then about 50 minutes later, we had the whole situation under control! That’s all about good teamwork!
It was a moment where I was really sweating. I thought that I have to really show that I can be a team leader because, in moments like that, you can’t show your inner panic to your team members because then they would all just freak out. I had to stay really calm all the time, keep my nerves together and organize the chaotic situation. And we managed to do it, so I feel like this was the biggest single victory for me in the whole seminar!

NBF: Definitely a win! And now that the rush of NBForum 2017 is over, and the Leadership Program is coming to a close, what advice would you give someone else hoping to be a team leader?

TK: I would say the most important thing is to be humble — that was, to me, the biggest thing for me. You will face all kinds of challenges and situations where you will have to try to manage many things. Sometimes you can do it, which is great, but if you can’t, then you have to be open-minded and humble and ask for help. No one will judge you badly because, at the end, you want to help the customer or your team better.

Stay tuned for more interviews with some stand-out students from Haaga-Helia University of Applied Sciences, our partner for our main event in Helsinki and our volunteer recruitment. Have a question about the NBF Leadership Program? Get in touch with Tomi to ask him questions about his experience. Follow us on Facebook and Twitter to keep up with the latest news and announcements from our HQ! 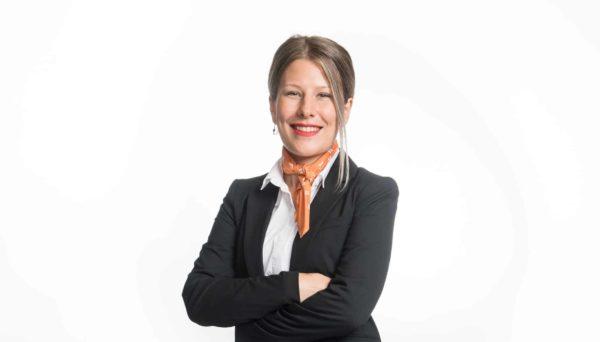 During #WeMakeNBF Appreciation Week, there’s always a reason to celebrate our hard-working group of Volunteer Team Leaders! As such, we wanted to recognize a few individuals who made an exceptional contribution to our customers’ experience at NBForum 2017. Let’s start […] 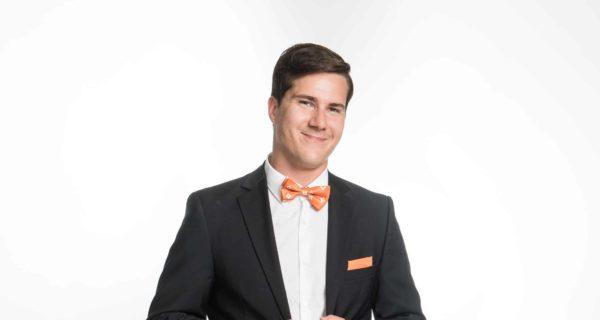 We can hardly wait to share today’s #WeMakeNBF Appreciation Week post with you! Our 2017 Leadership Program saw some amazingly motivated people emerge from a sea of applicants and, today, we would like to celebrate the talented Johannes Somerkoski. Johannes was one of […]