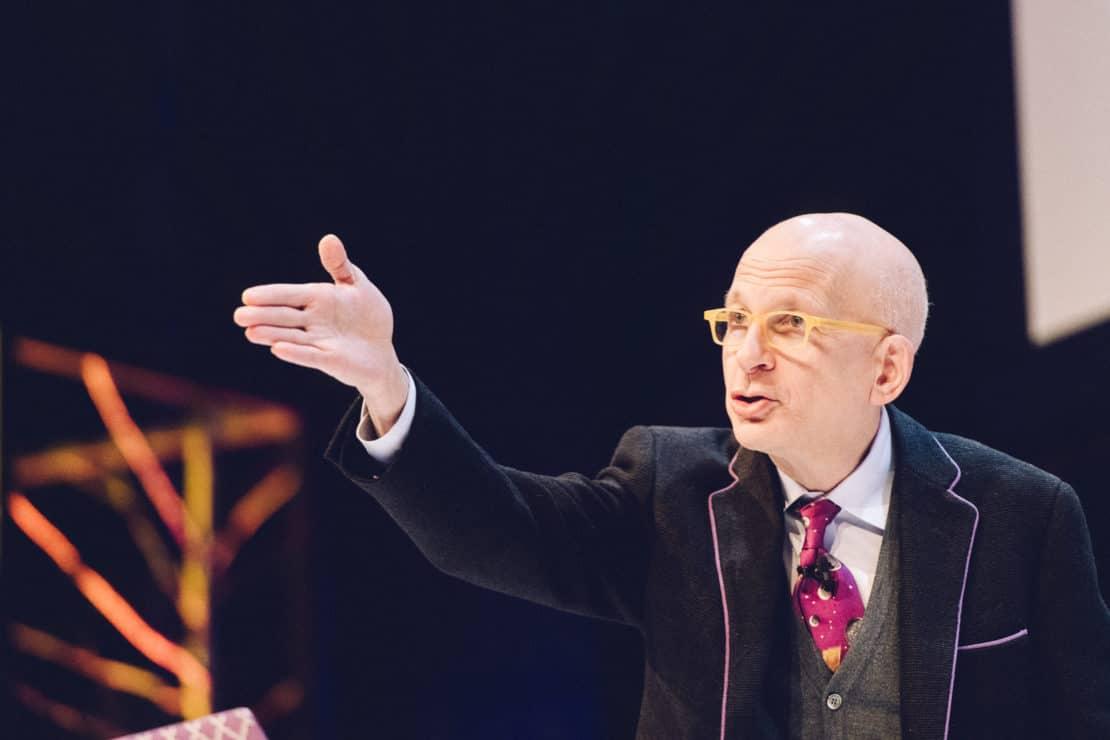 Seth Godin – How to Get Your Ideas to Spread

In Godin’s brave new world, the winners will be those who can find the weird people and lead them.

The Internet of the early ‘90s was the Wild West: Swiss programmer Tim Berners-Lee had just developed the World Wide Web as we know it. Underground newsgroups had begun to proliferate on Usenet. Thousands of more users were dialing up every day. The future was uncertain, but it was bright.

Marketing guru Seth Godin saw this, so he armed his sales force with promotional t-shirts and wrote a book. Spoiler: Almost no one bought it. Meanwhile, two thousand miles away, a couple of scrappy Stanford grads named Dave and Jerry decided instead to build a website—maybe you’ve heard of it?—called Yahoo.

“At one point, my half would have been worth $80 billion dollars, and all I got was this lousy t-shirt,” Godin joked onstage at the Nordic Business Forum 2016. “The reason is simple: They saw what was possible. I had a cloudy vision because I saw what I knew how to do.”

18 bestsellers later, Godin is now the founder of two multi-million-dollar Internet companies—and he still keeps one of those decades-old t-shirts in a box on his desk, as a reminder to see the world clearly.

So what do we see when, like Godin, we wipe off the smudges and put our glasses back on? Nothing short of a revolution: “Just about everything we did is going to be done differently,” Godin told the audience. “What a chance of a lifetime!”

We have branded ourselves to death

First, the bad: For seven decades, the mass marketing worked beautifully—and it had a perfect specimen in the record business, Godin said. As a consumer, you’d find a record you liked, listen to it ad nauseam, and then you’d just have to buy the next one, wouldn’t you? But the real genius lay in surrounding the consumers with advertising on MTV, in the pages of Rolling Stone, and of course, on the radio, in your car, as you drove across town to buy your shining new vinyl record.

Today, the record industry is dead, and no amount of ad space will resurrect it. “This mindset that we have to find some poor schmo and assault him over and over again until one day he buys from us,” Godin announced, “is now officially broken.” He identified three main problems with this old way of thinking:

Now, for the (mostly) good news: “Everyone is a click away,” Godin said. Used to be, if you were a business in Helsinki, you simply had to be the best of your kind in Helsinki. Today, “for anybody, anywhere, if they want you, they’ll find you. And if you’re the best in the world, they’ll buy from you.”

In short: The world is your competition, your market, your oyster.

So in this brave new world where “mass” is useless and “average” is a death sentence, what’s left? Well, what’s left is weird.

Godin asked the audience to consider billion-dollar brands built in the last decade—brands like Warby Parker, Facebook, and Spanx, “every one of which is for weird people.” Warby Parker makes glasses for the millennial hipster. Facebook was built for college students. Spanx is for women who are tired of traditional lingerie. “All of them started at the edges, and it’s at the edges where we’re going to have people who want to talk to us,” Godin said.

In Kenya, there’s an old Zulu greeting, sawubona, which translates in English as “I see you.” It also means “I know who you are” and “I respect you,” Godin observed. “Is there anything our customer wants more than sawubona?”

Imagine you’ve created Godin’s proverbial purple cow. Your product is remarkable. To the right kind of weird people, it’s the soul-satisfying equivalent of sawubona. Now what?

To illustrate, Godin split forum attendees down the middle and challenged each half to clap in unison. Even in an audience of hundreds, it took less than 10 seconds. “We like doing what other people are doing—not all people, just our people. We want to be in sync with our tribe,” he explained. “It’s your job to connect people who want to be connected.”

Consider Harley-Davidson: If you ride with a biker gang, there’s a good chance you’ll see at least one arm inked with the infamous bar and shield—while, as Godin pointed out, almost no one gets a Suzuki tattoo. “Is a Harley the most efficient way to get from here to there?” he asked. “No. Is it the best way for a certain group of people to say, ‘This is who I am?’ Of course.”

Dancing with the fear

Godin is calling for a revolution. Yes, it’s a tall order. Yes, you need the grit to stand out, to demand better. Yes, you will fail a hundred times before you get there. But, he says, “that’s all we’ve got.”

Everywhere, from Helsinki to New Haven, Connecticut, we’re afraid that someone will tap our shoulder and tell us, “You know what? You aren’t as good as you think you are.” This fear, said Godin, pressures us to fall in line, to fit in—that is unless we learn two ways to “dance with it:”

Ultimately, when we are afraid, when we peer into the void and wonder if we are ready to leap, Godin asks us to remember the iconic last scene of Singing in the Rain: It’s pouring in Hollywood, but Gene Kelly waves away the waiting taxi cab, closes his umbrella, and begins to tap dance through the streets in his rain-soaked suit. “The rain is the point,” Godin explained. “The uncertainty is the point. The vulnerability is the point.”

Right now, we have a chance to make a difference. “There are people out there, disconnected people, lonely people, people who are disrespected…and they’re saying to you as clearly as they can, ‘Please, we need you to lead us.’”

So the question Godin asks of all of us is this: Will you show up and lead? 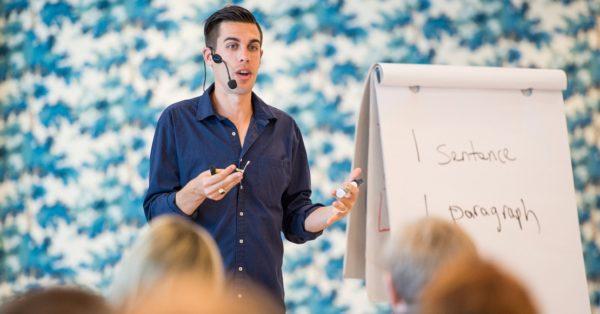 In the absence of big budgets, startups have learned how to hack the system to build their companies. The so-called ‘growth hackers’ – hybrids of a marketer and a coder – have disrupted marketing teams. Growth hacking rethinks marketing from […] 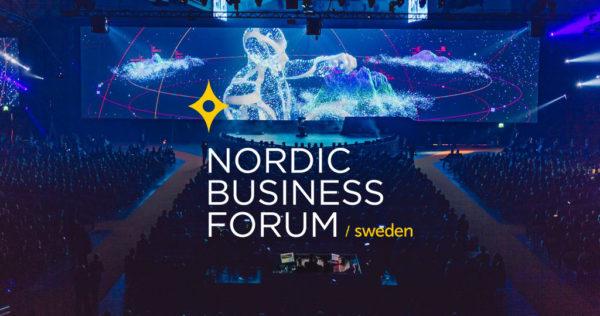