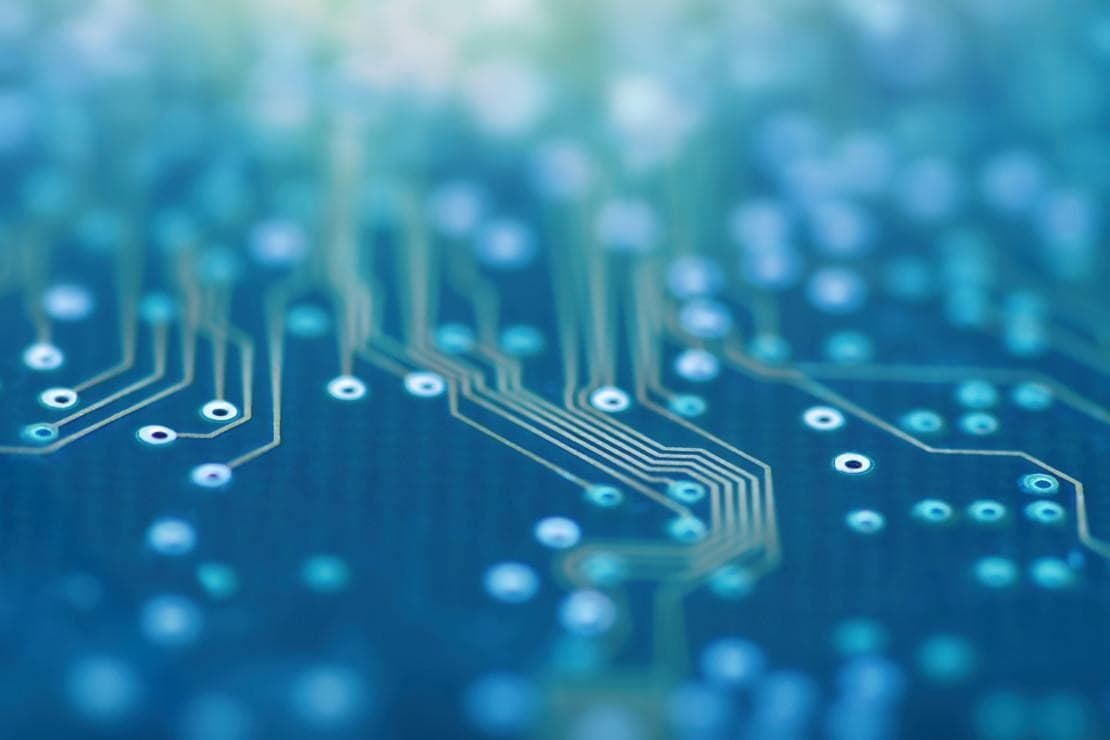 Mastering the 4 Levels of Innovation

Innovation is a big word and is thrown around everywhere. But how many times have you thought about the various levels of innovation and how they differ? The things that work on one level may not work on another. Here we give you plenty of ideas for exploration to master all the perspectives of innovation from individual to industry.

“We do not lack creative ideas in our organizations. What we lack are people who know how to champion them effectively,” said organizational psychologist and professor Adam Grant. What he calls for is courageous people—the non-conformists—who are comfortable taking risks, standing out, and speaking up.

But to become an innovator, voicing out your ideas (also the bad ones) and taking risks is not enough. Author Malcolm Gladwell highlighted the need for the right attitude: “To be an innovator and to take risks requires a very specific set of attitudes. It requires that you do something that defies conventional wisdom.” Malcolm also underlined that having the drive and passion to implement an idea is often the key to innovating. “Innovation is not enough. You also need the urge to execute.”

Once you have found the courage and attitude in yourself to become a true innovator, you also need to create the space for it. What the CEO of FutureThink, Lisa Bodell, argued is that there are three common habits that prevent us from innovating, and how to overcome them:

After you’ve developed innovation within yourself, it only makes sense to spread the message to your team. To set up the correct environment for innovation to flourish on a team level, we have learned several important lessons from Amy Edmondson, the expert on psychological safety. She identified three attitudes in leaders that help create psychological safety in teams:

However, psychological safety is never a goal in itself, but a prerequisite to something else: “The goal might be innovation, six sigma, or quality, among others. Whatever form of excellence you are trying to achieve, you cannot do it without other people’s voices, without other people’s participation,” Amy explained. Whatever the situation, encourage others to speak their mind and openly tell that their opinions are needed. Even the largest obstacles and problems faced by your team can be framed as a team problem-solving opportunity.

Psychological safety can be enforced by increasing candor in your team. This means encouraging candid and regular feedback. The standard performance reviews can be quite lacking in giving a sufficient amount of feedback while also keeping it honest and useful. Giving feedback is an art of its own, as explained by author and professor Erin Meyer:

“You have a dilemma between your frontal cortex—the logical part of your brain—and your amygdala—the primitive, fight-or-flight part of your brain. We all see the desirability of a culture of candid feedback, but we have to do it in a way that keeps the amygdala calm.”

Erin encourages organizations to give feedback in new ways. For example, Netflix holds “live 360 feedback dinners” where colleagues take turns giving each other uncensored feedback in front of the group, discussing how they can do their jobs better. In what ways could you encourage candor in your team?

As a final note on team innovation, we have a wise lesson from Guy Kawasaki: Don’t worry, be crappy. ”It does not have to be perfect. In Silicon Valley, we ship and we test. If you are in biotech, don’t listen to this,” he explained, telling a story about how the Apple 2 computer was a piece of crap. “But it was a revolutionary piece of crap. Don’t ship crap, ship revolution to your customers.” It is important to not get caught up trying to do everything perfectly from the start, innovation does not come about that way.

“Culture is a result of the processes you put in place,” said Alex Osterwalder, the inventor of the Business Model Canvas. So how do you create a culture and an organization that is capable of innovation? Alex believes that exercising diligence to work through discovery, validation, and execution helps leaders stop pursuing ideas that don’t produce results: Increasing the number of ideas and trials, and the number of projects eliminated at an early stage (the kill ratio), thus reducing risk and fear of failure. He offered a way to examine these qualities in an organization by assessing three items:

Entrepreneur and author Eric Ries supports a similar idea of innovation in organizations. He explained that one of the assumptions organizations need to change is that good ideas and innovation only happen outside of the company. Eric believes that companies need to set up innovation projects as startups using the Lean Startup method, which however is easier said than done.

Growing innovation and internal startups increase the need for new functions within organizations. Eric explained that when he met with company executives and asked them who was in charge of innovation, most said something along the lines of: “Everyone is in charge of thinking innovatively.” This line of thinking isn’t applied to any other functions, how could everyone be in charge of marketing or finance? Yet this is how innovations are handled in many companies.

“I believe a new role, which I call the Chief Entrepreneur (CE), is needed for 21st century companies to remain relevant. The CE’s core function is to invent the future of the company, while the CEO runs the existing business (and finances the CE’s search for the future).” – Alex Osterwalder

Tools like The Lean Startup method can be very beneficial in setting your organization on the right path of innovation. However, author Dan Toma argued that these tools can only get you so far. He explained that too much importance is placed on different methods, which can ultimately sacrifice the proper implementation of the tools. He advises companies to be less concerned with the method itself and more focused on the consistent application of its principles.

One significant obstacle in implementing an innovation-driven business model is the structure of organizations. According to professor Gary Hamel, hierarchical structures and bureaucracy empower a few at the cost of many. Having the decision-makers and thinkers on the top and the doers on the bottom creates lags in response times and difficulty in implementation. He recommends an organizational structure of a maximum of two to three layers, as opposed to the common seven or eight. Leaders of today are trying to compete in a networked world with a hierarchical organization, instead, companies should rethink the fundamentals of management to build the spirit of entrepreneurship and innovation.

As we’ve moved through the levels of individual, team, and organizational innovation, what’s left is the industrial level. How can you create innovation on an even larger scale?

As hospitality entrepreneur Chip Conley highlighted, innovations address an unmet underlying human need. He referred to the classic theory of Maslow’s Hierarchy of Needs, where at the bottom of the pyramid are basic needs, then psychological needs, and finally, at the top, self-fulfillment needs.

According to Chip, significant innovations usually arise when the basic needs of a certain industry are met, but the players in the industry haven’t realized to fulfill the higher levels. For instance, when Airbnb appeared, it provided a solution for a traveler’s desire to stay like a local for cheap. This was a need that traditional hotels hadn’t realized to try to meet.

Another excellent example of industrial innovation is the Dutch organization called Buurtzorg that, in its own way, revolutionized home-based nursing. The organization runs through innovative IT systems and small autonomous teams of up to 12 nurses within a neighborhood-sized care area. Through this unique model, Buurtzorg has succeeded in reducing the administrative burden for nurses, improving the quality of care, and raising work satisfaction for their employees.

Finally, what Alex Osterwalder often underlines is that companies should put more focus on business model innovation. He explained that there are three different types of innovation organizations may commit to: 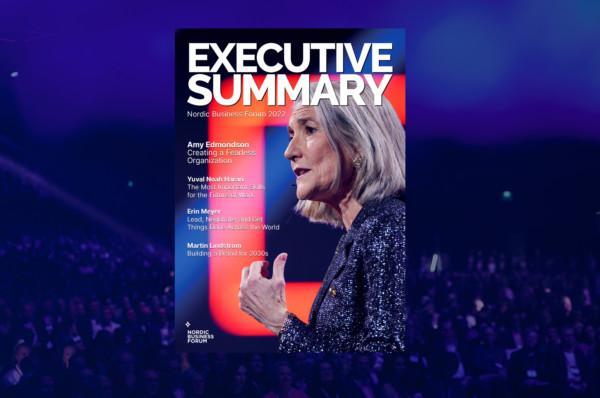 Did you miss some of the keynotes? Could your notes use some revision? Or were you not able to attend the event this year?—Not to worry, the Executive Summary includes summaries of all keynotes, including the VIP sessions with Rutger […] 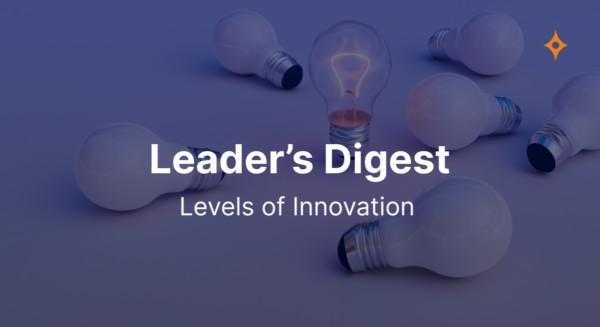