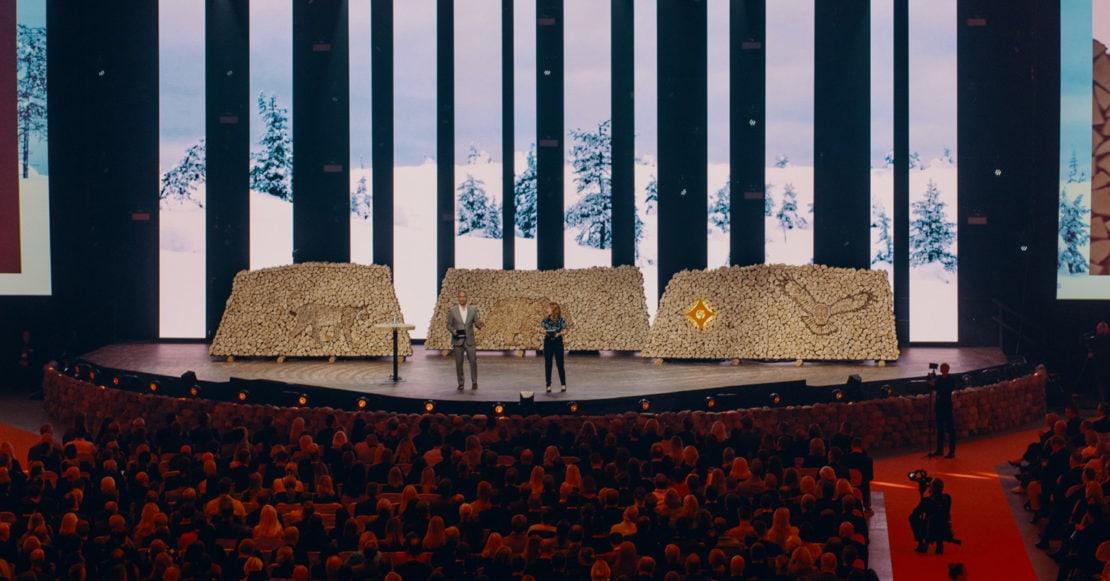 The world first knew Arnold Schwarzenegger as a famous bodybuilder and a Hollywood action hero, and now as California’s 38th Governor, an environmental crusader, a successful businessman, and a generous philanthropist.

Former Chief Executive Officer and Chairman of PepsiCo Indra Nooyi is a business powerhouse, globally renowned for leading the company through a decade of tremendous growth and change. Praised for her prescient and strategic thinking, she was responsible for growing PepsiCo’s revenues from $35 billion when she became CEO, to $63.5 billion in 2017. She oversaw a portfolio of global brands and diversified products enjoyed by consumers more than one billion times a day in more than 200 countries and territories around the world.

Yuval Noah Harari is a historian, philosopher, and bestselling author of Sapiens: A Brief History of Humankind, Homo Deus: A Brief History of Tomorrow, and 21 Lessons for the 21 st Century. Born in Haifa, Israel, in 1976, Harari received his PhD from the University of Oxford in 2002, and is currently a lecturer at the Department of History, the Hebrew University of Jerusalem. His books have sold 20 Million copies worldwide.

FutureThink CEO Lisa Bodell is the bestselling author of Kill the Company and Why Simple Wins. She’s a global leader on simplification and innovation, whose keynotes leave audiences inspired to change and armed with radically simple tools to get to the work that matters.
Bodell brings a compelling perspective to the sought-after topics of simplification and innovation. Her transformational message has inspired executives at top-ranked organizations such as Google, Cisco, Citigroup, Merck, and the U.S. Navy War College.

Brian Halligan is co-founder and CEO of HubSpot. Prior to HubSpot, Brian was a Venture Partner at Longworth Ventures and VP of Sales at Groove Networks, which was acquired by Microsoft. Previously, Brian was a Senior VP of Sales at PTC. He has co-authored two books, “Inbound Marketing: Get Found Using Google, Social Media, and Blogs” with Dharmesh Shah, and “Marketing Lessons From The Grateful Dead” with David Meerman Scott and Bill Walton. Recently, he’s been writing about how to turn your startup into a scale-up.

Rita Gunther McGrath is a world-renowned thought leader and a professor at Columbia Business School, where she directs the popular Leading Strategic Growth and Change program. She is widely recognized as a premier expert on leading innovation and growth during times of uncertainty. In her speeches and consulting, Rita works with Fortune 1,000 companies, helping boards, CEOs, and senior executives act strategically in rapidly changing and volatile environments. She has received the #1 achievement award for strategy from the prestigious Thinkers50 and has been consistently named one of the world’s top ten management thinkers in its bi-annual ranking.

Iconic global business leader and philanthropist, Lloyd Blankfein, is a highly distinguished authority on global markets, finance and leadership. As Chairman and CEO of The Goldman Sachs Group, Inc., Blankfein led one of the largest investment banks in the world. Lloyd earned a JD from Harvard Law School and an AB from Harvard College. He is a member of the Dean’s Advisory Board at Harvard Law School, the Board of Dean’s Advisors of Harvard Business School, the Dean’s Council of Harvard University, the Board of Overseers of Weill Cornell Medical College and a member of the Council on Foreign Relations. A true captain of industry, Lloyd was twice named one of the most influential people in the world by Time magazine and won the Financial Times Person of the Year award in 2009.

Erin Meyer is the author of The Culture Map: Breaking Through the Invisible Boundaries of Global Business and is a professor at INSEAD. Her work focuses on how the world’s most successful global leaders navigate the complexities of cultural differences in a multicultural environment. Her framework allows international executives to pin-point their leadership preferences, and compare their methods to the management styles of other cultures. Meyer has taught thousands of executives from five continents to decode how cultural differences are impacting their work, and strategies for improving their international collaboration.

Seth Godin is the author of 19 books that have been bestsellers around the world and have been translated into more than 35 languages. He’s also the founder of the altMBA and The Marketing Seminar, online workshops that have transformed the work of thousands of people. He writes about the post-industrial revolution, the way ideas spread, marketing, quitting, leadership and most of all, changing everything. You might be familiar with his books Linchpin, Tribes, The Dip and Purple Cow. His latest book, This Is Marketing, was an instant bestseller around the world. In addition to his writing and speaking, Seth has founded several companies, including Yoyodyne and Squidoo. His blog (which you can find by typing “seth” into Google) is one of the most popular in the world. In 2018, he was inducted into the Marketing Hall of Fame. More than 10,000 people have taken his powerful workshops, including altMBA and The Marketing Seminar.

Björn Wahlroos is Chairman of the Board of Sampo Group. He is also Chairman of UPM-Kymmene Corporation, one of the world’s largest pulp and paper producers. Dr. Wahlroos spent the early years of his career in academia in Finland and the U.S. and was Professor of Economics at Hanken Swedish School of Economics 1979-1985. He also taught at Brown and Northwestern. He switched careers to banking in 1985, joining the Management Board of Union Bank of Finland. In 1992 he took the investment banking division of the bank private, developing it into Mandatum & Co, which went on to become the leading adviser on M&A in Scandinavia in the 1990’s. In 2000 Mandatum merged with Sampo and Bjorn Wahlroos took over as Group CEO, a position he held until 2009, when he moved to Chairman. Sampo is today the largest insurer in the Nordic region, owning both If and Topdanmark. It is also the largest shareholder in Nordea, the region’s largest bank, which Dr. Wahlroos chaired from 2011 to 2019. He is actively engaged in a number of Finnish and Swedish charities and think tanks.

Rana is co-founder and CEO of Affectiva. Having defined the category of Emotion AI, Rana is now pioneering Human Perception AI: technology that can understand all things human. A passionate advocate for innovation, ethics in AI and diversity, Rana has been recognized on Fortune’s 40 Under 40 and Forbes America’s Top 50 Women in Tech. Rana is a World Economic Forum Young Global Leader. She holds a PhD from the University of Cambridge and a Post Doctorate at MIT. 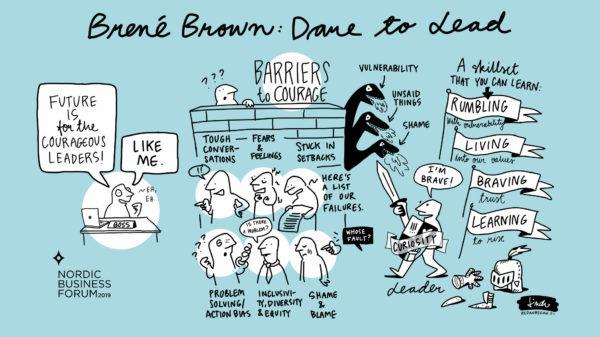 Sketchnotes of Brené Brown at NBForum 2019 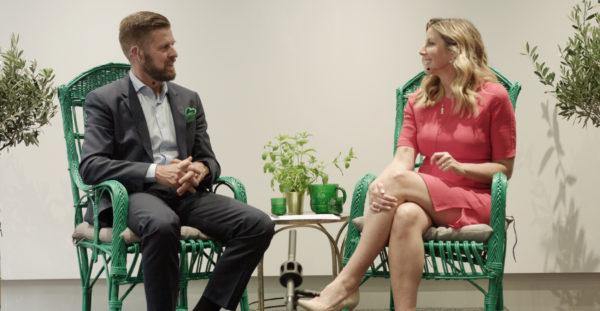 Growth Companies are Born from Innovations

The opportunities for Finnish companies to grow and succeed depend on their leadership and financing. Leaders need to support innovations and promote sustainability. Capital is needed to scale and speed growth. Many of the top speakers at Nordic Business Forum […]