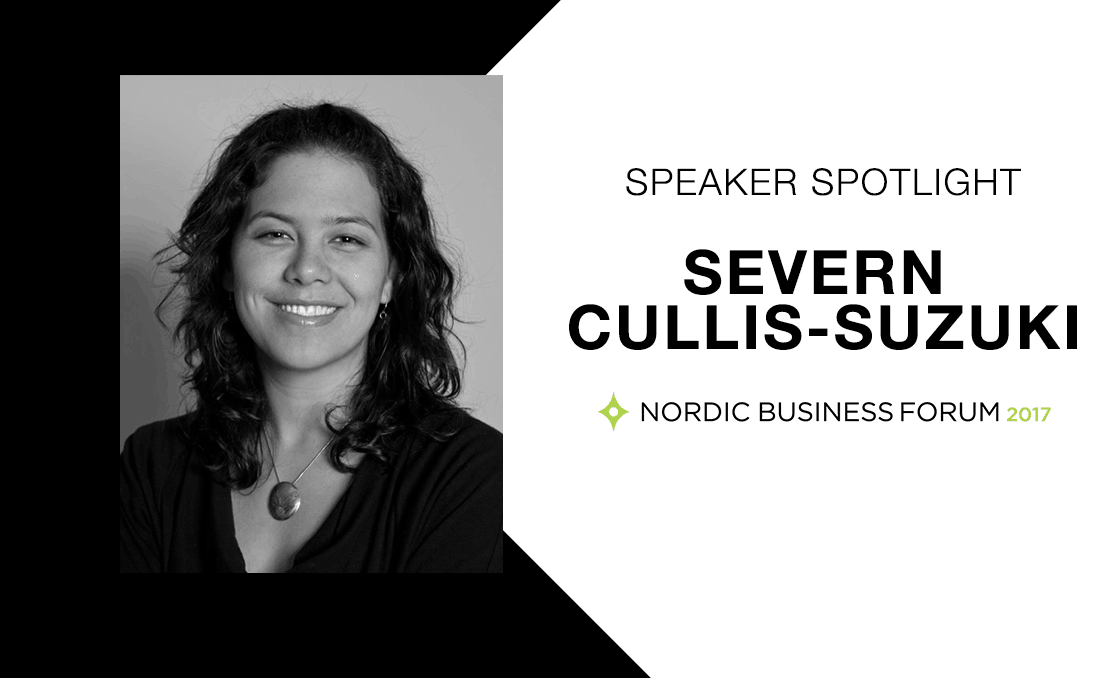 To continue our 2017 Speaker Spotlight series, we present Severn Cullis-Suzuki!

There’s no denying it; we’re in a precarious position. Climate change prevention is a conversation that has been started hundreds of times but often comes to a grinding halt after the headlines are covered. Experts are working against the clock to find viable solutions, and a handful of activists are championing these ideas in the public eye. Their message is clear: we need to fight for our planet, for our future, and for our children. But, through the barrage of news reports and talking heads, we have to ask ourselves: are we in too deep to dig ourselves out?

Severn Cullis-Suzuki, an environmental activist for intergenerational justice, famously raised these arguments and more at the tender age of 12 when she spoke at the 1992 Rio Earth Summit. She sat down with us virtually to share her opinions on climate change and her vision for the future.

Nordic Business Forum: Why is it important for people to keep speaking out about climate change?

Severn Cullis-Suzuki: There are many issues that we face today – degradation of democracy, the rule of the extreme capitalism, increasing nationalism, the growing gap between wealthy and poor… but the erosion of our environment due to our extreme consumerism is very disturbing, as the environment is the foundation underlying everything that we have constructed as humans. It is the health and wealth of our environment that sustains everything. We are seeing major weakening and changes in that foundation, and these changes will affect us deeply. We have to speak out in order to make the systemic shifts we need in order to survive.

Further, climate change is an example of intergenerational crime… something that our children are inheriting that wasn’t caused by them. If humanity had acted when we realized we were changing the weather, we would not be in the mess that we are now. But greed has been more persuasive than foresight. Now, our children inherit a mess never before seen by any generation of humans: rapid, global climate change induced by our own species.

NBF: Your 1992 Rio Summit speech echoes these topics, and yet governments are still reluctant to change their climate change policies. What continues to motivate you to challenge authorities and institutions?

SCS: We live in a time when our authorities are not acting in our children’s best interest. We need radical leadership that is able to change the very infrastructure of our current, unsustainable order. We need to completely wean our societies off of fossil fuels in the very, very near future in order to escape the warming of 2 degrees. How can we do this? Authorities and institutions are not taking this seriously enough, even though the governments of the world have agreed to limit the planet’s warming to under 2 degrees. This massive change is not going to happen without institutions and political leadership. These days, our governments’ promises mean nothing unless people hold their leaders to them. We need to challenge our leaders to keep their word.

NBF: You have been vocal about your concerns on climate change issues from a young age. Do you think we (as a society) fully understand the issues involved in climate change?

SCS: I think the scale of climate change is on an order too big for us to grasp. And if we do, it is too terrible and too overwhelming to really deal with. No one truly knows what to do, and it’s overwhelming. It is very difficult to decide how to respond properly.

Also, we have grown accustomed to a certain lifestyle, and it is built on an unsustainable and climate destroying paradigm. Therefore, it is very threatening when one recognizes that our lifestyles are wrecking the environment. Couple that feeling with not knowing what to do, and it’s very difficult to act. Of course there are greater systemic underpinnings of this lifestyle we have come to have, like the current capitalist structure, and globalization and urbanization have eroded our cultural and spiritual practices. But there is a narrative of guilt, that public and individuals have to take the blame for something that greater forces have caused. It is very demoralizing.

NBF: That seems like a bleak picture of our future. How have you explained climate change to your children?

SCS: Straight up: humans are polluting too much, we’ve added too much heat trapping gasses to the atmosphere, and it’s making the weather crazy. It’s making animals extinct, and it will threaten our way of living.

Kids are smart, and it’s pretty obvious what is happening. Currently, our province of British Columbia is on fire as temperature record after record gets broken. My children deserve to have the truth explained to them. I explain to them that this is a great battle that they have been born into and that they will be part of the positive outcome of this story.

NBF: And that message of hope is powerful. Do you believe that it’s possible for young people to inherit a clean world?

SCS: No, it’s not possible. The world is not ‘clean’ — there are poisons in our environment today that no humans or other animals or plants had to encounter before. We have polluted every part of the vast oceans, no matter how remote. We have catalyzed the Sixth Mass Extinction Event in our Earth’s history, and we have changed our very atmosphere. But the world is still beautiful. And we do have a chance, a small chance, of averting catastrophic climate change. We must do everything in our power to do this.

NBF: How do we start? What kind of changes do you want to see in the world?

SCS: We need to get 100% off of fossil fuels NOW. It’s time to take big actions personally and politically. That means reducing our own eco-footprint: if we all stopped eating meat and got stopped driving our car, that would make a huge difference in our climate pollution. And then we have to go further and organize for systemic change so that all our personal actions can add up into a huge impact.

We’re excited to learn more from Severn Cullis-Suzuki at NBForum 2017! We’re already sold out, but if you’d like to hear Cullis-Suzuki and other leaders discuss this year’s themes of purpose, responsibility, and leadership, be sure to grab your Live Stream license today. Follow us on Facebook (@NBForumHQ) and Twitter (@NBForumHQ and #NBForum2017) to keep up with our speaker announcements as we get closer to the event! 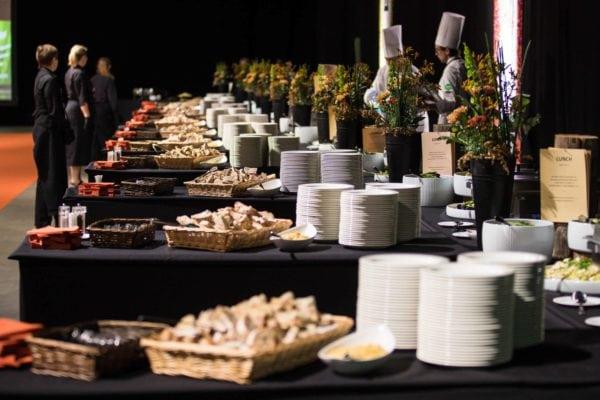 Responsibility is more than just a theme for Nordic Business Forum 2017 — cross-generational thinking is actually one of our core values. We try to incorporate it in everything we do, from donating trees to offset our carbon footprint, to […] 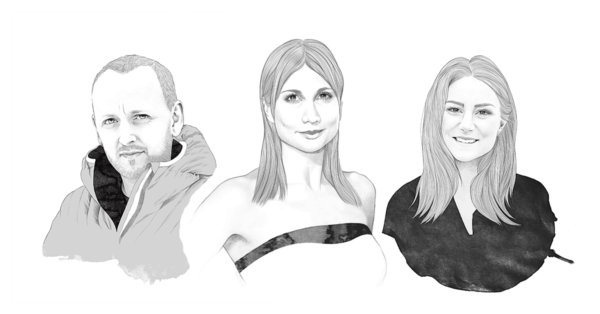