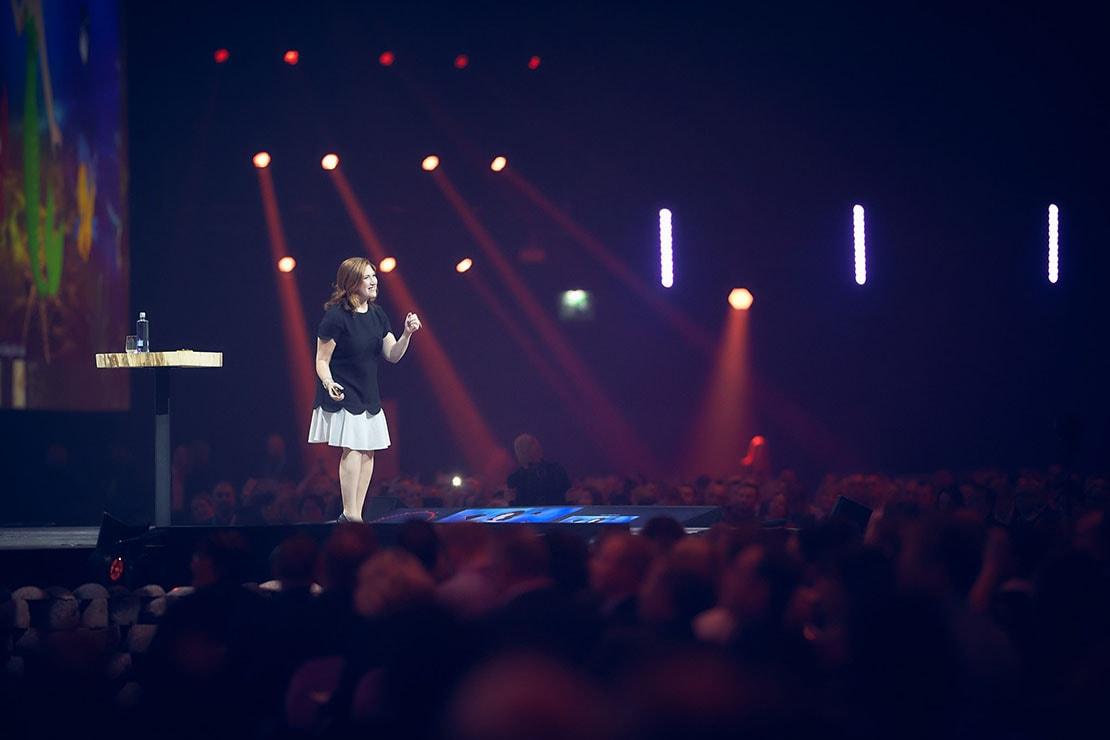 Randi Zuckerberg, the founder and CEO of Zuckerberg Media, began her marketing career at a time when the term digital marketing was new. Her brother’s startup The Facebook completely changed the face of digital marketing and paved the way for Zuckerberg’s innovative, entrepreneurial career.

Her main message throughout her talk was how anyone can become an innovator and be bold, and how important it is to try out new ideas—even at the risk of failure. Throughout her career, she hoped to inspire women to go into technology and business, and leave behind a responsible legacy to her children.

Illustrating her sense of innovation, Zuckerberg talked about her experiences at Facebook’s hackathons over the years. Often, the best ideas would become “full features of the site” and often came from surprising people. Zuckerberg shared two of her ideas with the audience; the first idea she had was an ‘80s rock band inside Facebook—the idea was that “we play for free, and you get what you pay for.” With a wide smile, Zuckerberg laughed, “Maybe you will be more impressed with my next [idea].”

At the time Zuckerberg came up with the idea, smartphones were slowly becoming the standard and internet bandwidth was struggling to keep up with the demands of live streams. Her first live video was a pretend TV show, broadcast from a closet in Facebook’s headquarters, and her audience consisted entirely of her parents. Unexpectedly, three weeks later Katy Perry’s team noticed it and wanted to use the platform for Perry to announce her new world tour in real-time. The show was successful and Perry’s tour sold out in minutes.

Although Zuckerberg was initially excited that she had “given a voice to people for the first time,” she expressed “feeling complicated” about its usage. Referring to the New Zealand Mosque terrorist attack, she expressed her disbelief that “someone would use technology in that way.” Moving forward, she wants leaders to “ask difficult ethical questions right now” to mitigate the ethical complexities that new technologies will bring.

Everything (and everyone) is media

The way brands and marketing in general operate is becoming more personal, and brands are blurring boundaries. Now, exercise equipment, refrigerators, and various other technologies and companies are connected to social media and have millions following their brand’s social media accounts.

Resulting from the focus of live streaming content and blurring of media boundaries, Zuckerberg is shifting her focus to audio content, as she feels that we are at a “special moment” in time with the spoken word. The popularity of Alexa and Siri attests to this, and new content can be made for this market segment.

There are hundreds of millions of people listening to podcasts right now, but only a few hundred thousand podcasts are updated regularly. “The last time I saw a window of opportunity like this,” she claimed “was around blogging—almost 20 years ago.” She advised that this window of opportunity will be short, but investing in quality audio content will provide a competitive edge.

If we’re all a media company, who is the audience?

To create unique branding, she advised combining your most memorable traits and your most valuable professional skills into a single sentence. For example, the Internet phenom Goldie Chan presents herself as the “green-haired Oprah of LinkedIn.” Her friend Michael is “your Zen business sherpa.” Meanwhile, Zuckerberg described herself as “your professional mom,” as she helps people compassionately navigate their careers.

Should we be unplugging?

Society may be at the point of saturation with social media and apps, as technology has taken over a large part of our daily lives. To illustrate her point, Zuckerberg noted some absurd pitches. For example, there is an app that allows a person to break up with another person via text, and a “nothing” app that literally does nothing—with a $10 premium version available!

Although there are numerous niche apps and marketing strategies we might be tempted to unplug from, apps are proof that there is always a market and brand. She argued that people really have no excuse for not trying to launch their own brand.

Zuckerberg concluded with the story of the day a Broadway producer called her at home. He had seen a video of the ‘80s rock band she made while at Facebook and wanted her to star in a musical about technology. It goes to show that you can never tell which innovative ventures will work out, or how long it takes for opportunities to come into fruition.

This article is a summary of Zuckerberg’s speech at Nordic Business Forum Helsinki in 2019. If you want to read what the other speakers said at the event, download the executive summary for free. 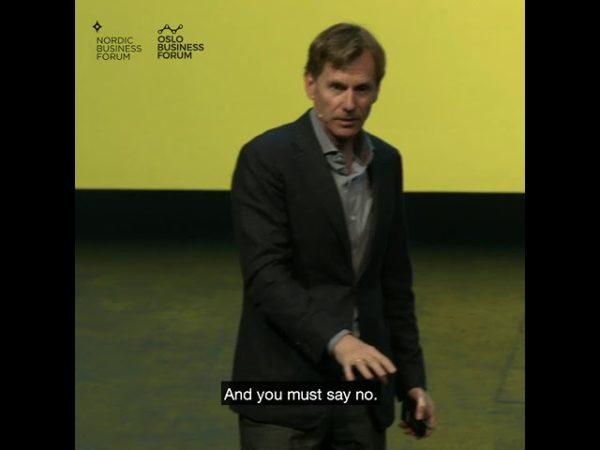 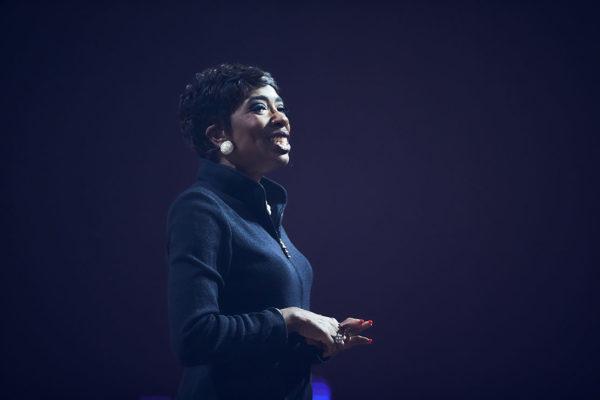 Carla Harris – How to Become a Powerful, Impactful, Influential Leader

Carla Harris, the Managing Director of the Wall Street investment banking firm Morgan Stanley, welcomed the audience to her new world order where only the people with the courage to become powerful, impactful, and influential leaders will be able to […]