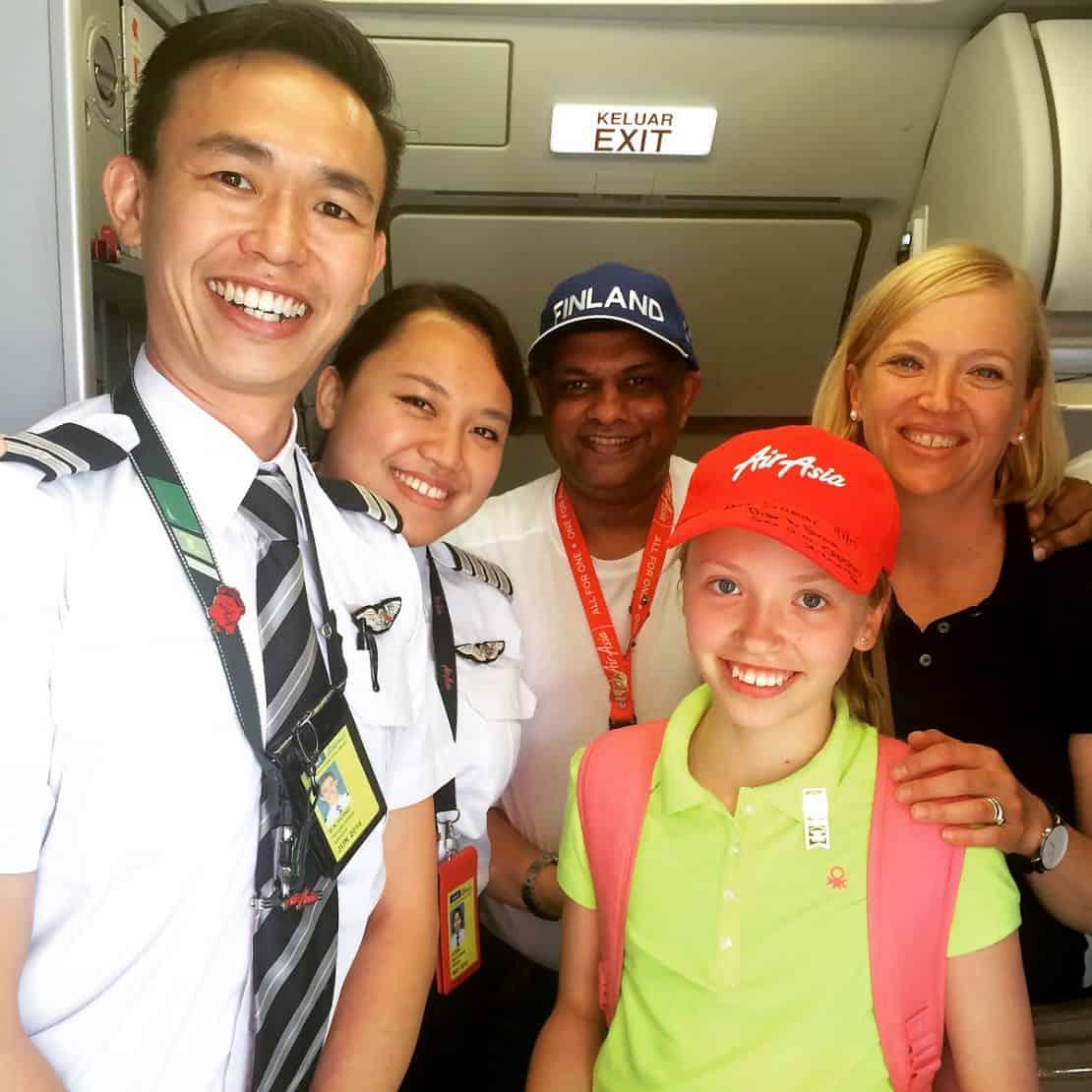 Dare to Dream – “Now Everyone Can Fly”

Our events have been full of surprises and great moments throughout the years, but here’s a story of a moment that surprised us all. Thank you Virpi for sharing your journey with us. – NBForum

We all have heard stories about the life-changing moments people have experienced in their careers. That is what literally happened to me at NBForum 2014 when Tony Fernandes started his story on stage.

Later on and after meeting him, I realized that it was hard to specify what made it so meaningful. Maybe his own personal story, leaving home in the early years (at 12) for education, and his determination, coincidences, and good luck during his career. In the end, I think the biggest thing was his presence and the “real life” stories of AirAsia – which were truly amazing.

I got really inspired by the stories on how they support young people’s passion and careers. If you have the courage and will to develop yourself, we will help you towards your dreams, I remember him underlining. The combination of Tony’s personal story and business career went deeply into my soul. I think many people in the audience felt the same way. Then there came the moment when I suddenly realize I’m raising my hand and Henkka Hyppönen points at me. “We have a question from the audience”. Even though I do a lot of presenting every day, for some reason, I remember that my legs were shaking when I went with the flow and asked a personal question. ”My daughter, who is turning 12 this year has dreamed of becoming a pilot ever since she was three. How could I as a mother support her with her dreams, if we ever visit Malesia, could we perhaps visit AirAsia?”

And there I was, around 5,300 other seminar guests, when Tony invited my daughter and me to visit AirAsia, pilot academy and his crew. I remember thinking to myself what in earth had just happened.

While standing on the aisle, utterly surprised and literally mouth open, I saw people standing around me teary-eyed. With all these emotions running through me, I ran to the stage to hug Tony. I am ever grateful to all the people who came later to talk to me. I guess this was kind of a changing moment to all of us.

The funniest thing was that my daughter had just left for a weekend scout camp to the middle of a forest and I could not share this immediately with her.

Finally, after changing dates few times, we packed our luggage for Kuala Lumpur in early July. The little pilot with her assistant was so excited. Later on, I found out that she had read “some information” about aviation and about AirAsia. A bunch of questions was written during our long flight. After arriving in Kuala Lumpur and eventually for KLIA 2 terminal, we realized that this is AirAsia, kind people around us, and more than 80% of the aircraft bright red and white with a slogan “Now everyone can fly” written on them.

We faced incredible heat and moisture even though it was a cool season for the locals. Of course, we were staying at Tune hotels next to the airport. It is part of Fernandes’ business. You pay only for the things you need. Clever. At the hotel, we found out our itinerary for our trip and a kind request to take the bus for the academy next to the hotel early in the morning.

A day at the AirAsia academy was outstanding. Big Lotus Formula car and Queens Park Rangers outfit were greeting us in the lobby. The head of school, Captain Fareh was taking us around the academy tour, lessons, training areas, course materials and finally to the simulators. We know we were very lucky to spend a day in Middle Asian’s most wanted simulator center. Flying tour was quite an experience for us. There I saw how usual pre-teenager’s interests changed into a deep hunger for information about numbers and counters. Despite the foreign language, we asked our numerous questions, and the eyes of my daughter were getting even brighter.

Later on that day, we got a phone call from Tony’s assistant that AirAsia is testing their new Wi-Fi on air tomorrow and Tony wants to invite us for a joyride to Kutching. “We would love to and where is that?” I asked. Turns out, it is in Borneo.

“Finally we made it”, Tony greeted us with a hug when we step to the plane early next day.

We experienced and heard great stories up in the air with AirAsia crew. And we learned and felt, literally, Tony Fernandes meeting and talking to every single passenger on board. His presence was more than 100%. I felt strong and mutual appreciation and kindness around the aircraft. I had never seen staff dancing and even singing when giving security instructions or having this kind of joy of work. Still the most important, safety, got full attention. We could really feel that this was a ride full of joy.

After safe a landing to Kutching, we gave Tony a Finland cap, knowing that he has a remarkable cap collection. My daughter also got a cap from Tony with his signature words “Dare to dream”. Now wearing his new cap, Tony greeted and shook hands with his crew at the airport. Everyone wanted to take a picture with him. At the end of our trip, we ended up spending an ending of the school day at Epsom College. Tony Fernandes found the school. And yes, all teachers and principals were wearing Harry Potter robes.

Afterward, we have been reminiscing our trip. It is very difficult to underline particular highlights. For my daughter, at the age of 11, it was a lifetime adventure. I have a feeling that she realized even more the meaning of hard work and humble mind while you are on the way to reaching for your dreams.

I feel this trip was more like a serendipity. Sometimes the moment is right there. The trip proved me that Tony Fernandes is a great businessman and visionary with a very civilized, warm soul and great passion, and a person who really takes and sees the moments.

Even though we are living in this moment and seeing great opportunities in businesses, many of us, among myself, are thinking of the future makers. It is almost like a primitive wish to be able to be a role model for the next generation, encourage them to work hard, not being afraid of mistakes, dare to dream and be brave enough to ask. Many times in life, the moment might never come back, so we need to seize the moments that are handed to us.

Thank you Nordic Business Forum for arranging events and networks that can make big changes in the blink of an eye.

Virpi, Mother who wants to encourage seizing the moment

What have been your greatest NBForum moments? Share your story with us through social media with #NBForum2015. It can be a blog post, infographic, video, picture tweet, comment or whatever you like. We are looking for customer stories and we would like to hear your story. The stories will be shared on our social media platforms. 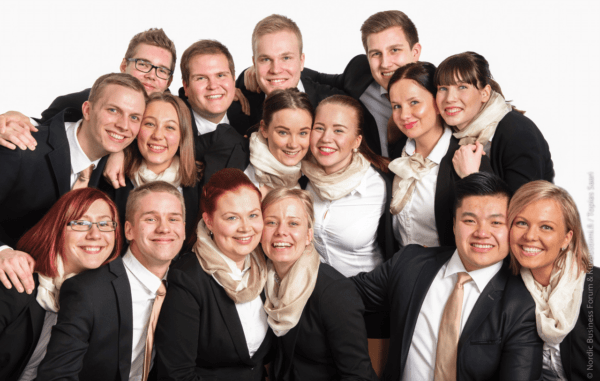 Young Attitude Can Take You Far

At Nordic Business Forum 2014, Soulaima Gourani talked about the hunger in people and that we need to create that hunger. Well, here is an exceptionally hungry group of young people. They are the customer service team managers of Nordic […] 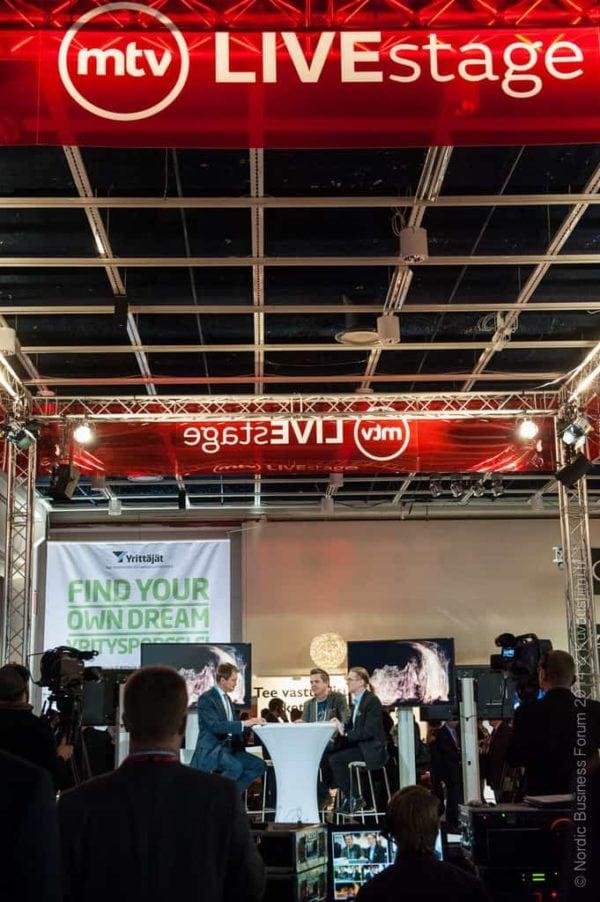 Nordic Business Forum 2015 is held this week on Thursday and Friday at the Exhibition & Convention Center in Helsinki. The Finnish media company MTV will be broadcasting post-presentation discussions live from the forum at the MTV Live Stage. Some […]