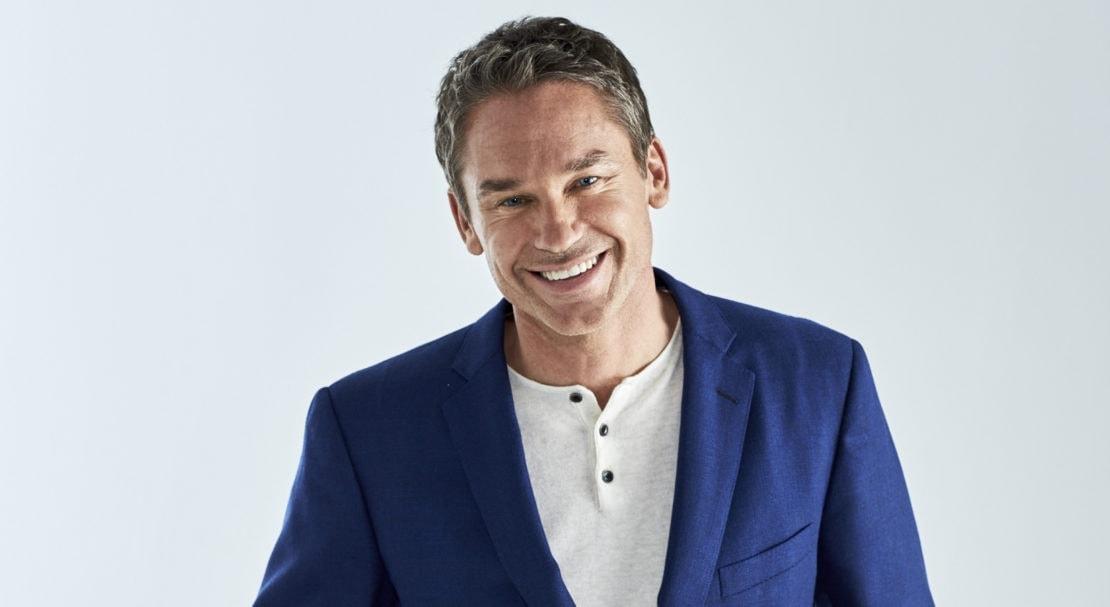 Marcus Buckingham is a global researcher and thought leader focused on unlocking strengths, increasing performance, and pioneering the future of how people work. Building on nearly two decades of experience as a senior researcher at Gallup Organization, he currently guides the vision of ADP Research Institute as head and talent expert.

He founded The Marcus Buckingham Company in 2006 with a clear mission: to instigate a “strengths revolution.” It started, as all revolutions do, with the simplest of ideas: that when people spend the majority of each day on the job using their greatest talents and engaged in their favorite tasks, basically doing exactly what they want to do, both they and their organizations will win. In other words, companies that focus on cultivating employees’ strengths rather than simply improving on people’s weaknesses stand to dramatically increase efficiency and productivity while allowing for maximum personal growth.

In all of his speeches, Marcus demonstrates the correlation between strengths-driven, engaged employees and business fundamentals such as turnover rates, customer satisfaction, profits, and productivity. Challenging entrenched preconceptions about achievement to get to the core of what drives success, Marcus’s strengths-based approach is a win/win scenario that, without exaggeration, will define the future of work. We spoke to Marcus about his upcoming session at Nordic Business Forum 2018, entitled “Find Your Edge, Win at Work”.

Nordic Business Forum: Hi Marcus! Thanks for being with us today. As the authority when it comes to strengths and strengths-based learning. Could you explain the term “strength” for us?

Marcus Buckingham: Definitely. So, one of the defining characteristics of people, the most compelling thing about people, is that innate difference that’s in one another. I’m not talking about gender and race and age and religion. I’m talking about their natural strengths. Their natural appetites and abilities. Not just what are they capable of doing, but what they get a kick out of. What drives them. How they think. How they build relationships. Every one of us has uniqueness. Enduring uniqueness. That means that you will grow most – and we know this from the neuroscience of it – in your areas of greatest strength.

Your strengths are your greatest areas of opportunity for learning and growth. Your weaknesses are not your areas for development. They are your weaknesses and we need to deal with them, but they’re the areas where you’ll grow the least. A strength is a recurring pattern of thought or feeling or behavior. It is an activity that strengthens you. It’s an activity. Before you do it, you look forward to it. While you’re doing it, time seems to speed up and you’re in flow. After you’re done with it, you kind of want to do it again. It is an enduring part of who you are as an individual. You can’t learn a strength. You feel a strength. It’s an activity that strengthens you. It’s way more appetite than it is ability, although human beings seem to be wired to not love things that we are terrible at. It’s very rare to find somebody who’s deeply engaged and invigorated by an activity that they’re terrible at.

So one of the challenges for us as we move forward is going to be how the heck does a company set itself up to capitalize on the uniqueness of people as opposed to institutionalizing a fight against that? That’s really interesting, I think.

NBForum: Speaking about companies, could you unpack this paradox of needing employees to be both unique and conformists?

MB: Well, to get hired, you have to stand out, but once you’re hired, the company actively wants you to not stand out, which is why we cascade goals down an organization and hold everyone accountable for those cascaded goals. It’s also why we have competency models of leadership or competency models of effectiveness, and we rate people against the models and then tell you that we’ve got a whole load of learning courses and training courses that will plug the gaps where we’ve identified you don’t fit the model. It’s all designed to pinpoint where you are failing and then tell you how to fix it. It’s all designed to say, “Marcus, I don’t really care who you are. We’re going to measure you against who we think you should be and then tell you to go and remediate it.”

Companies need to realize that all of this stuff that we’re doing to our people is simply a waste of money and a waste of time. Almost all of our human capital management systems are a waste of time and money, and we need to reset and go, “Wait a minute. If we hire people because they stand out, because they’re somehow unique and useful, then we need to build all of our HCM systems to intelligently exploit that uniqueness.”

Now, as individuals, what’s great is that if you go and find a really effective team to be on, there’s actually an awful lot you can control yourself in terms of leveraging what makes you stand out interperformance. There’s an awful lot you can do in terms of maneuvering your role so that it fits your unique strengths better. We actually know that almost all of us have the freedom to tweak or alter or adjust our role so that it does play to our strengths better, and frankly the best person to do that with is a really good team leader. So if you can find a good team to be on, then the best team leaders are always looking for the things that you’ve got that make you stand out, that make you uniquely valuable. The challenge for you will be that almost all of the organizational systems and tools and processes will be fighting against that.

NBForum: Let’s talk through the identification process – how specific do you have to get when identifying your strengths?

MB: Well, let’s say that if you’re strengthened by something, then it’s your strength. A weakness is an activity that weakens you even if you’re good at it. A lot of us have that, don’t we? We’re really quite good at something, but if we never had to do it again, it’d be a day too soon. That’s a weakness.

Now, they can be quite specific. Somebody may say, “I love selling. I just get a huge kick out of selling.” But, actually, when you push them, you realize what they really love is opening new businesses where there was no business before. They really love the challenge of taking somebody who doesn’t know anything and turning them into an initial prospect. Whereas, somebody else who says, “I love selling,” may mean, “I like taking the existing account and building it. I love the growth and the deepening of a relationship.” Now, both those people are salespeople, but they’re selling in really different contexts.

And this doesn’t change very much over time. Somebody who doesn’t get a kick out of closing a deal will not wake up one day when they’re 37 years old and suddenly love closing deals. That doesn’t happen. But, that doesn’t mean that you don’t grow and learn. You do. People grow and learn tremendously in the course of their life, but they grow and learn in such a way that they become more of who they already are – hopefully, a more intelligent, more productive version of who they already are – but they don’t grow into somebody else.

NBForum: How do business structures fit into this picture? Can team leaders identify and support their team’s individual strengths, or is it an independent effort?

MB: You could be a good audience as a leader, but, no, you can’t identify somebody else’s strengths. They have to do that. You can help them to channel it and contribute it. You could help them partner up with people on the team so that people’s strengths complement one another. You can help provide them enough opportunity in which to manifest those strengths. But it’s up to the individual to figure out what they are. Most of the time as leaders, unfortunately, we tend to assume that the golden rule of “treat people as you would like to be treated” is the right rule. The best leaders realize that that’s wrong. You should never follow the golden rule because it implies that everybody’s got the same strengths that you do.

And if you’re not careful, it becomes pretty narcissistic, and you’ll think, “I love the challenge of closing a new prospect. Therefore, everyone does too.” But that’s not the case. To use an analogy, the best leaders realize that they are playing chess, not draughts. In chess, all the pieces move differently, and if you’re going to be a good chess player, you figure out who’s the knight and who’s the rook and who’s the queen and who’s the bishop, and so on, and then you play the game that way. The average leader goes, “I’ve got 10 salespeople. I know salespeople. They’re all like this.” They’re playing draughts with chess pieces. The best leaders know that you don’t treat everyone the same. Even if you’ve got 10 salespeople, that means you have 10 individuals who happen to be selling. Your job as a leader is to listen to them carefully enough to have them help you identify what their strengths are.

As an individual, if you don’t know what your strengths are, think: In the course of a week, which activities invigorate you? That’s a really, really valuable thing to know, and the only person that can do it is you. But you can do it. It’s very easy to do, actually. Just most of us don’t, which is a shame, but you can. So in the presentation, I’ll talk about how the heck do you use a regular week at work to reveal to yourself what your strengths are. How do you do that? Because that’s very, very doable. And that’s one of the things that I’ll talk about.

NBForum: And, last but not least, what is one thing that you want people reading this interview to learn from you?

MB: That you are the authority on your strength. You know better than anyone else what they are. Take responsibility for that, and everything, every part of your life will work out better. 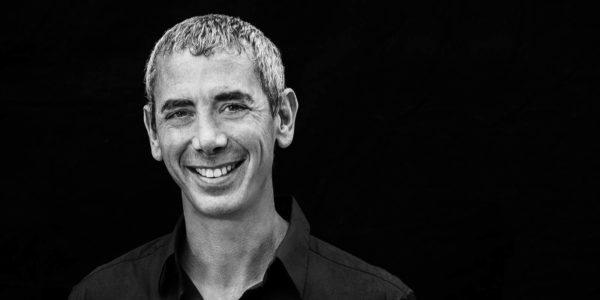 Speaker Spotlight: Getting to Flow with Steven Kotler

About Steven Kotler Steven Kotler is a New York Times bestselling author, an award-winning journalist, and the co-founder & director of research for the Flow Research Collective. He is one of the world’s leading experts on ultimate human performance. His […] 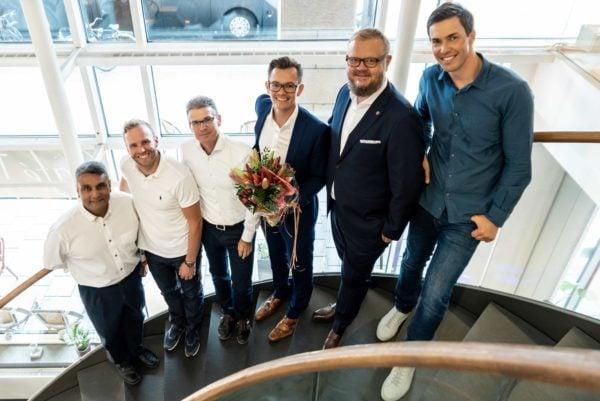 Everything you missed @ Stockholm Final

August 15th made company history for Nordic Business Forum! It was the final round of our Speaker Sourcing Contest, which took place in the heart of Stockholm, and we had audiences joining us in person and online via our livestream […]