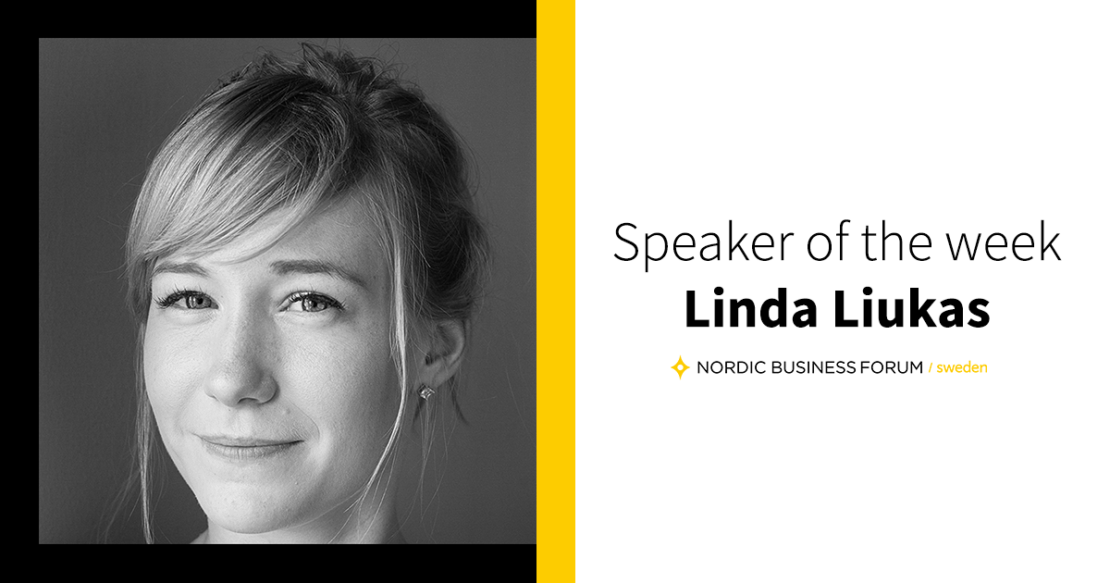 Speaker of the week: Linda Liukas

The 30-year-old programmer and storyteller, Linda Liukas, will come to Nordic Business Forum Sweden to talk about using creativity to create the future.

Liukas started her journey to programming and technology very early on. At the age of 14, she had, as she puts it, a “mad teenage crush” on an older man. This man was Al Gore. She wanted to somehow express her feelings towards Mr. Gore and as there were no social media sites where to share the love easily, she decided to learn how to code and made a website to honor Mr. Gore.

After high school, Liukas got interested in multiple other subjects and left programming aside for a while. She first went to study business at the University of Turku, but later transferred to Aalto University in Helsinki in 2009. There she studied visual journalism and joined Aalto Entrepreneurship Society, a group that was on a mission to create a new start-up culture to Finland. With this group Liukas traveled to California to visit Stanford and Silicon Valley and it was this trip that got her back to programming and coding.

In 2010 Liukas established a non-profit organization called Rails Girls together with her friend Karri Saarinen, to provide tools and a community for women to understand technology and to build their ideas. But why focusing on women? Liukas noticed, that the world of computers is mainly in the hands of men and especially young guys in Silicon Valley. She felt that at the same time young girls don’t know that they are supposed to like computers. Liukas wanted to give the power also to women to make decisions and create things with technology and computers. And that’s what they have done. Rails Girls has organized free workshops in over 200 countries to make programming and technology more approachable to women.

But in fact, Rails Girls was only the beginning for Liukas’ mission. She wanted to do her part in educating also kids about technology, computers, and programming, so she wrote and illustrated a children’s book called ‘Hello Ruby’. The book is about a little girl called Ruby, who has a wild imagination. Ruby has multiple friends to whom she gives simple instructions just like coders give orders to computers and so the book educates readers about programming.

The book became an instant success and it has already been translated into over 10 languages. A great indication of this achievement is how Liukas raised $380 000 for the publishing through a crowdsourcing site Kickstarter when the original goal was to raise $10 000. The story of Ruby has continued to games, a mobile application and even another book.

In 2016, Liukas was included in the Nordic Business Report Thinkers 20 list.She has also won Ruby Hero prize and was named the Digital Champion of Finland by the EU Commissioner for Digital Agenda.

At Nordic Business Forum Sweden, Liukas focuses on sharing thoughts on using creativity as a roadmap to the future.

Want to see Liukas tell his story? Get your tickets to NBForum Sweden here.

Nordic Business Forum Sweden is a one-day event in Stockholm at the Waterfront Conference Center on the 16th of January 2017. 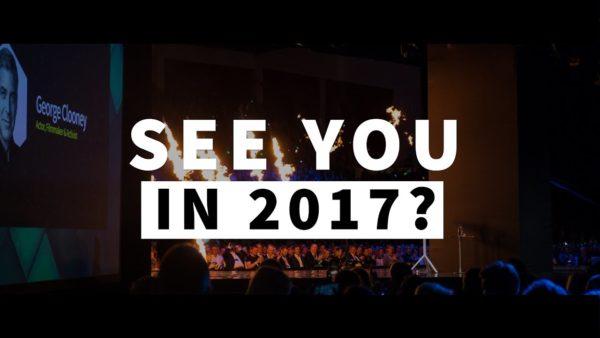 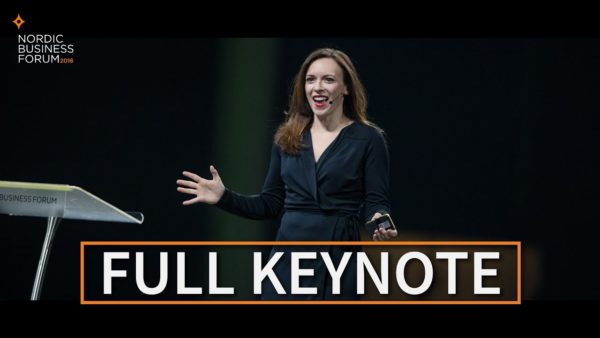 Jessica Jackley is the Co-Founder of KIVA, the world’s first peer to peer microlending website. KIVA lets users lend as little as $25 to poor entrepreneurs around the world, providing affordable capital for them to start or expand microenterprises. Named […]