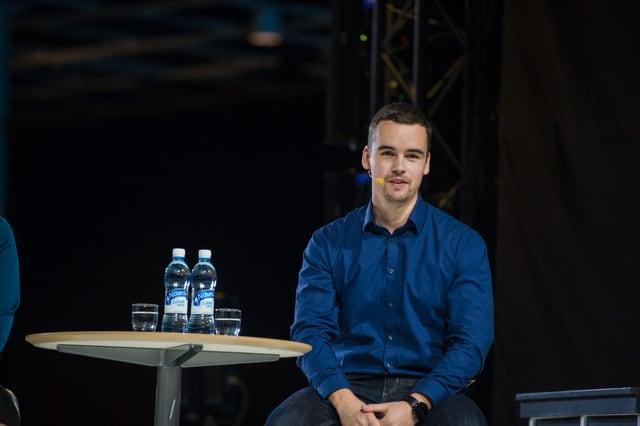 “We did well” – Vladimir Funtikov’s Thoughts on NBForum 2014

Nordic Business Forum 2014 was probably the most memorable event of the year 2014, during which I did no less than 20 public sessions.

I still feel massively overrated following the inclusion in the “30 under 30” list and the spotlight that it brought along, culminating in the Hot Seat Session panel in front of 5000+ attendees. But in the end, we did a good job, and it just serves to highlight the importance of the right atmosphere, organizers’ professionalism and moderator’s/emcee’s brilliance.

In the past I’ve done great sessions as well as really bad ones, and looking back at the successes and failures, I see little correlation between the end result and my experience, size of the audience, or the effort that went into preparation.

Last year, I delivered an inspired improvised speech to ten people while a hundred or more were loudly partying in the same room and couldn’t care less about the speakers. That didn’t bother me at all. I felt that these ten people were with me, one hundred percent. And the moderator was with me, he asked the right question, and I was really good at it.

Only a couple months prior to that I suffered a panic attack when delivering a carefully written and carefully rehearsed speech in a tiny hall in front of several dozen people, many of whom came specifically to see me, as I was told. I just forgot what I wanted to say and it didn’t come. I could only hear my accelerating heartbeat, I was out of air, and it kept getting worse. Another second and the audience would realize what’s going on, I would see it in their eyes, and that would be the end.

Moments later I got my act together. My experience saved me. I took a deep breath and tried to distance myself from the immediate problem. I told myself that this is only a random glitch, and it’s going to sort itself out. A couple of seconds later, I found the words I was looking for and proceeded as planned. I don’t think they realized what had happened. But it was scary as hell. Like a young athlete suffering a cardiac arrest in the middle of a game. Something you can’t control or predict. It hit me in the most unlikely circumstances.

Then there was the Nordic Business Forum. A forum I knew nothing about. And it was flawless. From the moment we set foot in Helsinki, we were taken care of by professionals who were physically with us to ensure we could fully focus on our performance. It’s not about status, not about feeling important. It’s all about the sense of belonging to something big. As if you were a sharp weapon in trained hands, and you were going to cut through fabric and armor alike, as that is your ultimate purpose.

I didn’t feel big, though. In fact, I felt tiny. I looked at the people on stage, and they were in a different league. I would never do that well. Yet as we headed for the backstage, I knew we’d do alright. Because we were in the hands of people who didn’t doubt us, and these people obviously knew what they were doing. They didn’t bring us there just to add names to the list. They brought us to perform, and we were going to do exactly that.

They brought us to perform, and we were going to do exactly that.

As we lined up to enter the stage, Alf Rehn – our moderator – told me I’m going last. It’s the most challenging role – I would need to wait longest to say the first word and relieve the pressure, and then I would need to align my answers with the previous speakers – so he chose the most experienced one for the job. As he explained that, it worked like a last-moment injection of confidence. He probably did that on purpose.
We did well. Audience was responding, discussion was fluid and we seemed to hit the right notes. I would say that William Wolfram stole the show thanks to his natural charisma, but Alf was fantastic and played to our strengths, so we came across as a balanced bunch of different people united by similar views on critical subjects.

Of course, we were not the stars of the show. The guy speaking after us was not just leagues above, he was from another planet. He could talk to a pile of stones, and they would elect him their leader. But he’s a world champion, a Hollywood star, and a former state governor. And we are just a bunch of kids who are probably getting more credit than they deserve. But we did well because they made us do well.

However, I’m not reflecting on this experience only to praise the NBF team or upset all other wonderful people who ever helped me. I’m reflecting on this because the same principles apply pretty much anywhere. A great coach makes a good player a superstar. A well-run club makes a great coach. Great management makes a well-run club. Remove one piece and you end up with a bunch of rich losers.

My job is ultimately to bring the best out of people and help them do whatever they’re good at.

I often forget that in my capacity as a CEO, my job is ultimately to bring the best out of people and help them do whatever they’re good at. I must do it whether I like it or not, whether I’m fit for the job or not, whether I’m brilliant or pathetic in this role. I must also do the same in my capacity as husband, son, father or friend. Sadly it’s too easy to lose focus, or get lost in the details of implementation. But at the end of the day, I will not measure myself by millions of revenues, or piles of papers, or lines of code. Instead, I will almost certainly measure myself by how I affected the lives of other beings.

About the writer: Vladimir Funtikov is the co-founder and CEO of Creative Mobile – a Tallinn-based independent game developer/publisher founded in 2010. Vladimir has led the company to become a top gaming studio, consistently topping Android and iOS game charts. Vladimir was nominated 5th on the 30 under 30 in Northern Europe ranking by Nordic Business Report. He was one of the panelists of the Hot Seat Session at Nordic Business Forum 2014. 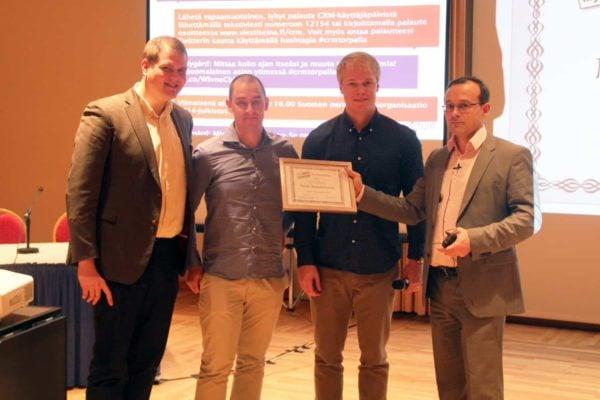 Honorary Award for the Most Satisfied Customers

Nordic Business Forum Oy received an honorary award for the most satisfied customers in the Best Sales Organization in Finland 2014 competition in January 2015. We are very grateful for this award and we want to extend our thanks to […] 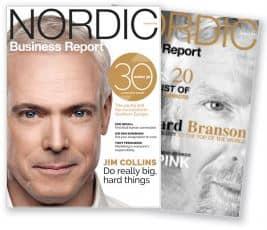 Top 20 Women in Business in the Next Nordic Business Report