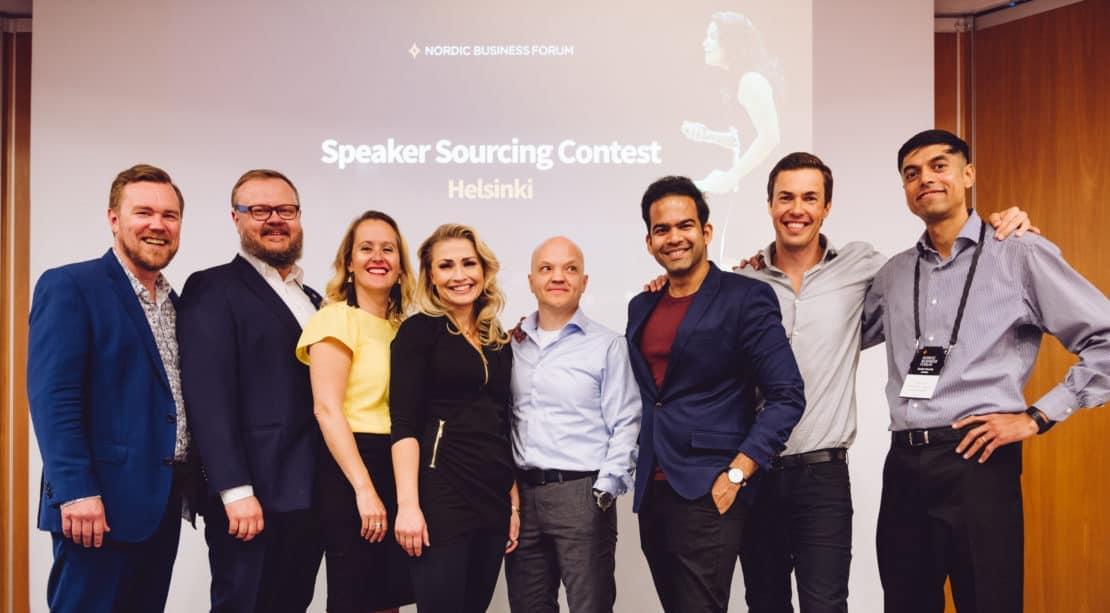 Everything You Missed @ the Helsinki Qualifier

On May 16th, we hosted our first ever Speaker Sourcing Contest qualifier in Helsinki which saw 8 people compete for two spots in our Stockholm final in August. The presentation topics covered the three themes of Nordic Business Forum 2018: Strategy, Peak Performance, and Artificial Intelligence.

If you missed the live broadcast, fear not! Here’s a quick recap of everything you missed.

The Twists and Turns of Strategy

Jovin Hurry was the first to discuss strategy, and he started with a bold statement: Companies don’t struggle with strategy. They struggle with execution. According to Hurry, “3 million USD are lost every minute because companies don’t get things done.” He then asked, should we skip strategy altogether and go straight to execution? He introduced opinions from expert interviews and drew two conclusions. First, “companies need to mind the gap between strategy and execution”, and second, “strategy is key but so is execution.” So, he proposed a solution. Instead of skipping strategy, companies should make real-time adjustments to their strategies and refine the process.

Tobias Dahlberg, on the contrary, argued that companies struggle with strategy because they don’t really pursue any strategy at all. This makes them mediocre, boring, and, as a result, invisible to customers. To overcome this challenge, Dahlberg explained, companies need to leave behind the industrial age mindset and embrace a post-industrial age mindset. He invited companies to stop trying to make their products better, but instead, focus on making their customers better. “Make your customers better off,” he encouraged; he said, “Strategy is not about you being different. It’s about making a difference.”

Katarina Segerståhl had an interesting perspective on how to survive in an unpredictable future. She pointed out that “just like bacteria, companies and organizations are living systems.” Therefore, we should take a closer look at evolution and the organisms that have survived to learn about our own survival. Segerståhl introduced us to a biological model of evolutionary dynamics and showed us how to apply this framework in business. “In evolution, there are three main success strategies: resilience, adaptability, and transformability.” However, she explained, the environment will determine the success strategy. Complex business industries call for modular strategies, whereas simple industries rely on networked strategies.

The Highs and Lows of Peak Performance

Timo Polari was the only contestant to speak about peak performance – and he certainly knew a thing or two about it! Polari discussed his attempts to ski to the South Pole. On his first try, he tragically lost two adventurous friends to a strong blizzard in which he also had to stop his journey. But, he did not give up. A few years later, he made his second attempt. He quickly learned that “the same rules apply to adventure, business, and everyday life.”

Polari advised his audience that peak performance is comprised of four components: goals, planning, passion, and action. Explaining the different dynamics of peak performance through his personal triumphs and setbacks, Polari ended on a positive note. Life showed Polari that it can be fleeting, but it also showed him that awareness of that fact can push humans to their full potential. In Polari’s words, we shouldn’t be afraid of failure because “the only true failure is to not try at all.”

The Ins and Outs of Artificial Intelligence

Emmanuel Raj is no stranger to artificial intelligence. He used his 12 minutes to correct some common misunderstandings of AI. Raj first pointed out that sci-fi movies often give us an inaccurate impression of AI – one in which machines are greater than humans, which is not true. It’s not about creating an army or threatening mankind. It’s about working together. “From an engineer’s perspective, artificial intelligence is data + machine learning + human in the loop.” For AI to be beneficial, we need humans. “AI is not of any use when there is cool technology but not driving any business value,” Raj said. He outlined that now, at the early stages of development, there are a lot of unknowns in AI. However, by 2022, AI will hit the so-called puberty stage, which is when we will start to see real, practical developments. According to Raj, “This is when AI can make a difference in our daily lives.”

Antti Merilehto continued the theme by highlighting the speed at which AI develops. He spent his time convincing his audience to care about AI and to act now. First, he explained how there are different levels to AI: “If a machine does something considered intelligent, it’s Artificial Intelligence. If it improves, it’s machine learning. And if there is a neuro-network, it’s deep learning.” Then, he used different practical examples to demonstrate how these developments are already helping businesses reduce costs, save time, and support the innovation processes. “This is today,” he emphasized. Merilehto challenged us all to act now: “Whatever you’re going to do, learn about AI. Read something, take a course, go to Youtube… do it today!”

Petri Rajaniemi put a different spin on things. He examined AI and called it the fourth industrial revolution. He briefly walked us through the second and third industrial revolutions, back when luddites destroyed factories out of a fear of losing their jobs — and, by extension, their purpose. In hindsight, these massive shifts in industrialization created more jobs than they took away, but this realization came at the cost of human lives. This fear of change that AI can instill is, as Rajaniemi explained, preventing us from developing. He also emphasized that “businesses decide what happens in our future.” This is why it is important that the businesses around the world do not fear change, but embrace it.

Camilla Tuominen was the final speaker of the day and she had a unique perspective on AI. In a way, her speech combined all three themes of the day. Tuominen explained that individuals need to lead emotions because “if you don’t lead your emotions, they will lead you.” Tuominen extended this leading thought to leaders in business who, as individuals, need to understand and lead emotions because “emotions determine the success of strategy, even when emotions are unexpressed.” To survive in the future – to be competitive – people need to develop soft skills to cooperate with AI. According to Tuominen, trust is fundamental because “emotions can’t be ordered”. We are more likely to show our true emotions to the people we trust. She suggested that we start by looking within; ask yourself some basic questions. How do I behave? What is my attitude? How do I really feel? It is often easier for us to understand others when we first understand ourselves. It’s easy to write emotions off as a peripheral aspect of our working life, but we are all human. We feel, we react, and we judge. But, Tuominen underlined that we should strive to understand rather than judge: “a negative spiral is strong, but so is the positive!”

These contestants were Tobias Dahlberg and Petri Rajaniemi.

Congratulations! To these two gentlemen, and congratulations to all the contestants for their outstanding presentations and a thoroughly enjoyable evening event.

We still have two more qualifiers coming up at the beginning of June: one in Stockholm (June 4th) and Oslo (June 5th). Each qualifier will be live-streamed on our website and Facebook page, so make sure to tune in to watch the rest of the competition unfold.

(And if you want to attend the next qualifiers in person, sign up here!) 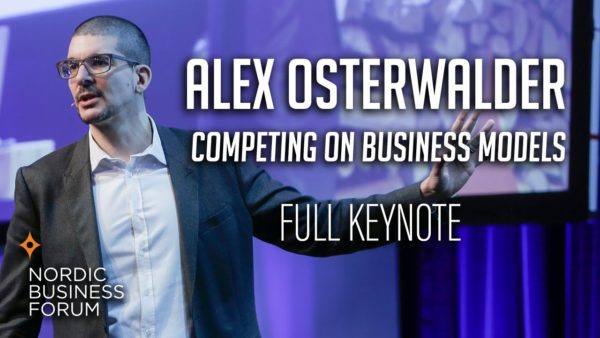 Alex Osterwalder, the Swiss entrepreneur and business expert highlights why innovating on business models is crucial for every company. He demonstrates what companies should focus on when thinking about their business models by using a few practical examples. Not every […] 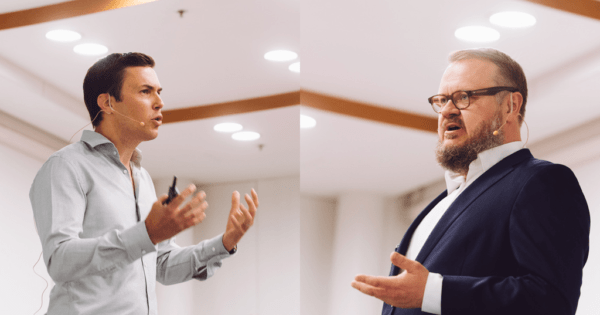 The first Speaker Sourcing Contest qualifying round was held on Wednesday 16 May in Helsinki at the Expo and Convention Center. Out of the 170+ applicants for the contest, 8 individuals were chosen to present at the qualifier. Their topics […]