Parag Khanna – Understanding Asia: Opportunities in the future of business

Parag Khanna, a leading geostrategic expert shares why Asia can offer great growth opportunities for businesses. He shortly presents Asia’s development over the past decades and describes the current economical situation of the eastern part of the world. Key Points: • Asian development in the last 30 years is distinct from Europe and the U.S. • Regardless of trade wars, there are untapped service and IT markets in southeastern Asia. • Uplifting people from poverty can help find new business ideas. • Megacities and connectivity beyond national borders is the future of Asia. Questions to consider: • What kind of business opportunities does southeastern Asia offer? • What kind of service solutions can I offer and provide for Asian consumers? • How can European businesses expand to Asia in a profitable way while improving living standards? • You can also find a written summary of the keynote at https://www.nbforum.com/event-summaries/ Parag Khanna is a leading global strategy advisor, world traveler, and bestselling author. He is the founder & managing partner of FutureMap, a data and scenario-based strategic advisory firm. Parag’s newest book is The Future is Asian: Commerce, Conflict & Culture in the 21st Century (2019). He is the author of a trilogy of books on the future of world order beginning with The Second World: Empires and Influence in the New Global Order (2008), followed by How to Run the World: Charting a Course to the Next Renaissance (2011), and concluding with Connectography: Mapping the Future of Global Civilization (2016). He is also the author of Technocracy in America: Rise of the Info-State (2017) and co-author of Hybrid Reality: Thriving in the Emerging Human-Technology Civilization (2012). His books have been translated into more than twenty languages. In 2008, Parag was named one of Esquire’s “75 Most Influential People of the 21st Century,” and featured in WIRED magazine’s “Smart List.” Parag has been an adviser to the US National Intelligence Council’s Global Trends 2030 program. From 2013-2018 he was a Senior Research Fellow in the Centre on Asia and Globalisation at the Lee Kuan Yew School of Public Policy at the National University of Singapore. From 2006-2015, he was a Senior Research Fellow at the New America Foundation. During 2007, he served in Iraq and Afghanistan as a senior geopolitical advisor to the United States Special Operations Forces. From 2002-5, he was the Global Governance Fellow at the Brookings Institution; from 2000-2002, he worked at the World Economic Forum in Geneva; and from 1999-2000, he was a Research Associate at the Council on Foreign Relations in New York. Parag lectures frequently at international conferences and gives tailored briefings to government leaders and corporate executives on global trends and scenarios, systemic risks and technological disruptions, and market entry strategies and economic master planning. He has provided expertise to numerous governments, including the US, the UK, the United Arab Emirates, Japan, and Australia. In 2016, he served on the Singapore government’s Committee on the Future Economy. He is currently a senior advisor to Globality and serves on the advisory boards of GeoQuant, Graticule Asset Management Asia (GAMA), and Datarama, and previously on the Innovation Advisory Board of DBS Bank. Dr. Khanna holds a Ph.D. in international relations from the London School of Economics, and Bachelors and Masters degrees from the School of Foreign Service at Georgetown University. In 2017, he was awarded a Richard von Weizsaecker fellowship of the Robert Bosch Academy. He has been a Senior Fellow of the Singapore Institute of International Affairs, Visiting Fellow at LSE IDEAS, Senior Fellow at the European Council on Foreign Relations, Distinguished Visitor at the Munk School of Global Affairs at the University of Toronto, Distinguished Visitor at the American Academy in Berlin, Next Generation Fellow of the American Assembly, Visiting Fellow at the Lee Kuan Yew School of Public Policy, Non-Resident Associate of the Institute for the Study of Diplomacy at Georgetown University, and a Visiting Fellow at the Observer Research Foundation in New Delhi. He has received grants from the United Nations Foundation, Smith Richardson Foundation, and Ford Foundation. Born in India, Parag grew up in the United Arab Emirates, New York, and Germany. He is an accomplished adventurer who has traveled to nearly 150 countries on all continents. Some of his lengthy journeys include driving from the Baltic Sea through the Balkans and across Turkey and the Caucasus to the Caspian Sea, across the rugged terrain of Tibet and Xinjiang provinces in western China, and ten thousand kilometers from London to Ulaanbaatar in the Mongolia Charity Rally. He has climbed numerous 20,000-foot plus peaks and trekked in the Alps, the Himalayas, and Tien Shan mountain ranges. Parag is also an accomplished, competitive tennis player. #nbforum #nbforum2019 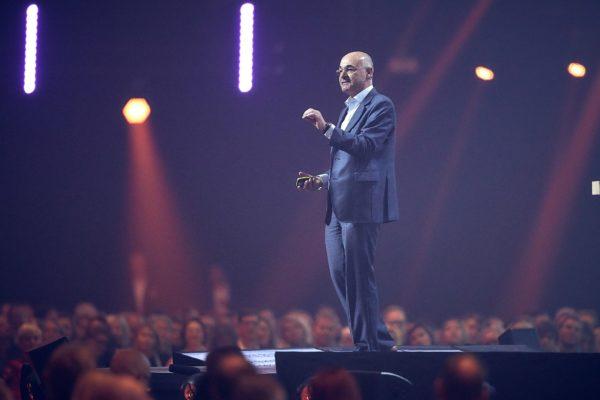 Innovation as a Springboard to Success with Costas Markides

Did you know that there is more than just one way to innovate? Often, companies use “innovation” as a blanket term to do something new with the expectation that it will achieve groundbreaking results. But if you are diving into […] 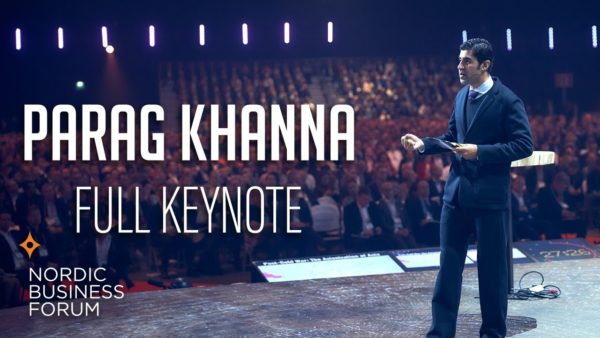 Watch Parag Khanna’s keynote at Nordic Business Forum 2019. You can also find a written summary of the keynote at https://www.nbforum.com/event-summaries/ Parag Khanna is a leading global strategy advisor, world traveler, and bestselling author. He is the founder & managing […]