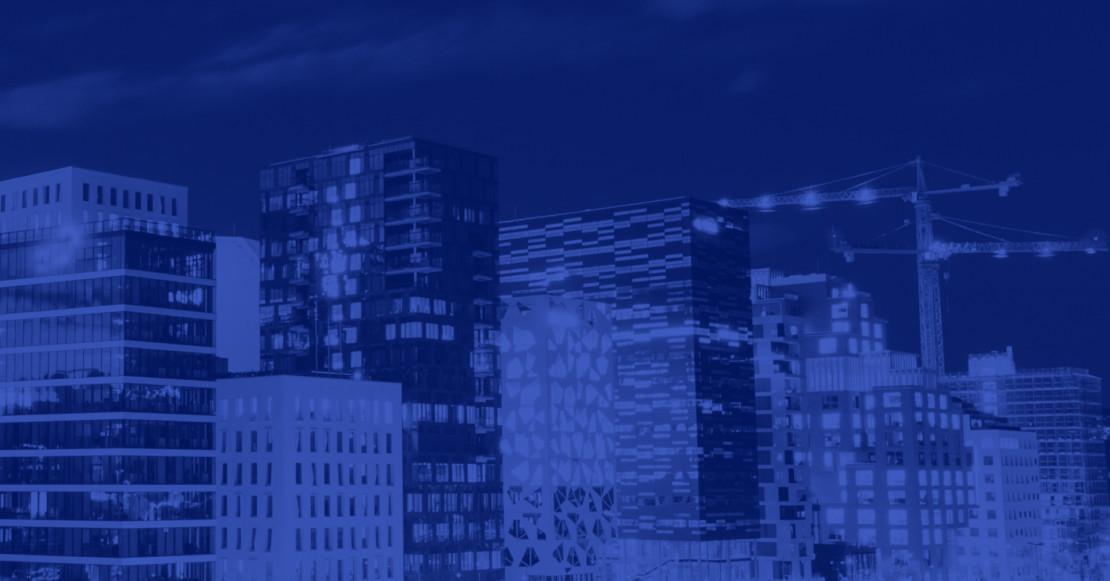 Yesterday, on the 4th of April, we hosted the fifth and last 2022 Speaker Contest semifinal. Elin Hauge, Kevin Cottam, Simone Heng, Stefan Hyttfors, Susanne Grant, Unni Turrettini, and Tanya Orlyk shared their ideas on the topics of organizational culture, future of work, and sustainability. Here, you will find an overview of the key insights of each presentation.

Elin introduced herself as a “technology optimist”. However, in her presentation she outlined some of the limitations and implications that the current trend toward digitalization is having on the planet.

“You, as a leader and decision maker, can make a real difference”, Elin continued. She outlined a method represented as a drawing of a robot along with an acronym: CCR-22.

The first C, or the head, stands for demanding green computation power from cloud platform providers. A switch from fossil to green fuel could make a huge impact, she said.
The second C, or the heart, means building a culture of computation efficiency and finding ways to streamline processes to get more data without increasing the necessary electrical output.
The R, or the arms and legs, stands for reusing and recycling hardware. The 22 and the end stands for the year 2022.

“Digital is not necessarily sustainable,” Elin said. However, by implementing these strategies, we can change this.

“We are trapped”, Kevin stated as he opened his presentation. And added that leadership is often retained in a trap of a particular mindset or operating system. There are many different kinds of traps: relationship traps, stakeholder traps, or career traps, to name a few. However, he said, we need to start telling ourselves “I am free. Move on” in order to escape some of these traps and find a new operating system.

In order to do this, it is important to identify the traps around us. Kevin advocated “looking for what doesn’t fit in the picture”. He also advised against going about it bit by bit. “Do it all at once”, he said.

According to Kevin, the future of work includes mobility and a cross-population of ideas, and will be circular, inclusive, and diverse. To achieve this, we should find the traps that surround us, flow with the tasks at hand, and free our mindset.

Simone Heng – A Culture of Connection

Simone started her presentation by explaining the beginnings of race riots that took place in Singapore in 1964. However, she said, Singapore has now become “a perfect case study of how a culture of connection can heal divisions”.

Happiness, Simone stated, in both leaders and employees leads to greater productivity, retention, and profitability. And human connection is a key part of building this happiness. To measure connection, she took a scale to measure loneliness developed by a researcher in Rochester University and flipped it. “The antidote to loneliness is connection”, she explained.

Her model for gauging where you are as a leader in terms of social connection is based on four components which she drew as four brush strokes that take the shape of a Chinese character that means emperor.

The first brush stroke, she said, is for intimate connections, “someone to be vulnerable with”. The second is for “relational connections”, or close family and friends.

The largest stroke down the middle stands for “connecting with the worthiness of ourselves”. To explain this further, Simone asked “Did your organization provide time, mental health, days off for the people that work there? We cannot connect well with other people when we cannot connect well with ourselves”. Finally, the last brush stroke in the character is a collective connection of a unified mission bigger than individuals. “Connection is hard,” she said, but we must work at it to avoid becoming isolated.

Stefan announced he would share a powerful idea that “you can use it as a golden rule any time you have to make tough decisions.” But, before he revealed it, he gave some context.

He explained that for many centuries, the main problem of humanity was survival. “Change was slow and experience was the most important asset”. However, as change accelerated in the last 250 years, today’s problem is how to keep up and learn fast enough. At the same time, with almost 8 billion people and a steep increase in CO2 emissions, pollution has become a pressing issue.

In such a context, the golden rule is: LESS. “We need less pollution, less stress, less harm”.

Companies now seek to attract followers more than customers or employees. Followers, in turn, want to know why they should join your brand and they can make that decision based on data, like the cost of a company to the environment. “If you want loyal followers, you will have to talk a whole lot more than about your products.” As an example he cited Patagonia, which quadrupled its revenues and profits in five years by telling customers to buy less.

Susanne kicked off with some pictures of the main political, business and cultural events in 1926 which brought about a change that is still in place today: the 40-hour, five-day work week.

Among the effects of this scheme, she signaled the pay gap, the lack of diversity and the difficulties in retaining talent.

“I believe it’s time to redefine success in the workplace”, she stated. In order to do so, she proposed making three big shifts. First, stop putting people before profit. Second, stop requiring people to be present at the office or in front of their laptops at home; instead, focus on results. Third, “put caring responsibilities before work responsibilities”, by acknowledging the effort that families, especially mothers, make at home.

To make these shifts happen, Susanne proposed to tie the outcomes (narrowing the pay gap, increasing diversity, retaining talent) to the managers and the CEO. There are many ways to tie both things, one she described was not giving the yearly bonus to the manager if they failed to reach the outcome.

Unni Turrettini – Connection vs. Resignation – How to Cultivate a Culture of Belonging to Attract and Retain Talent, Reduce Sick Leave – And Solve the Loneliness Epidemic

“Has anyone felt alone even if surrounded by other people?” Unni asked the audience as she began her presentation and showed the high costs that loneliness has in companies and in the workplace.

Next, she described the four pillars of the “Fully Connected Method” and gave suggestions about how to strengthen each one:

Speaking from Ukraine, with the sound of sirens indicating rockets are coming in the background, Tanya gave a touching presentation. “There is a chance that we might not make it to a business meeting on time due to dying the night before”, she joked as she added that people in Ukraine cherish their sense of humor because “that’s the only thing we have left”.
She then focused on the importance of humor and fun in the workplace. Humor and laughter, she said, can actually improve performance and decrease stress in employees, leading to increases in profits. She also joked that this strategy “is actually approved by HR”.

Tanya went on to explain the two steps of her methodology, called “the power of HA”. The H stands for honesty. Honesty makes leaders more trustworthy, and less dangerous. Jokes themselves can be “elegant nods to the truth.”

The A stands for attention. It is also important to be observant of the people around you to notice the absurdities of everyday life and find humor in the contradictions.
Humor can also be used as a coping mechanism to get us through hard times, she explained. In her case, after the war started in her home country of Ukraine, humor was the only thing to save her mental health. “I really don’t know what the future holds, but I do know that we will need humor to build it”, she concluded.

At each semifinal, our jury and audience will vote for their favorite speaker. The person with the most votes will move on to the final held in Helsinki on the 31st of May. This time, Elin Hauge was voted to move to the final – congratulations! A huge thank you also to each semifinalist for sharing you insights! If you want to watch the recordings of the speeches, you can do so on the contest website.

About the Speaker Contest

Interested to watch the rest of the semifinals? Join the audience on the contest website and help us choose our next speaker! 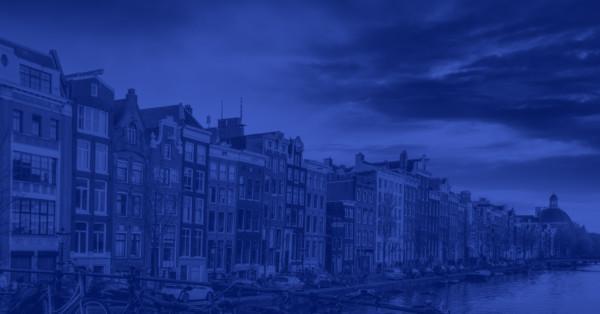 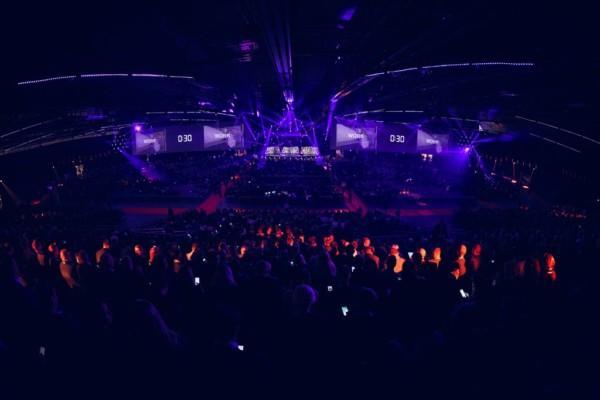 In about five months, Nordic Business Forum is back in Helsinki! The prices of tickets and group live stream licenses will increase on Friday, the 8th of April. On the 20th and 21st of September, we’re finally gathering together with […]