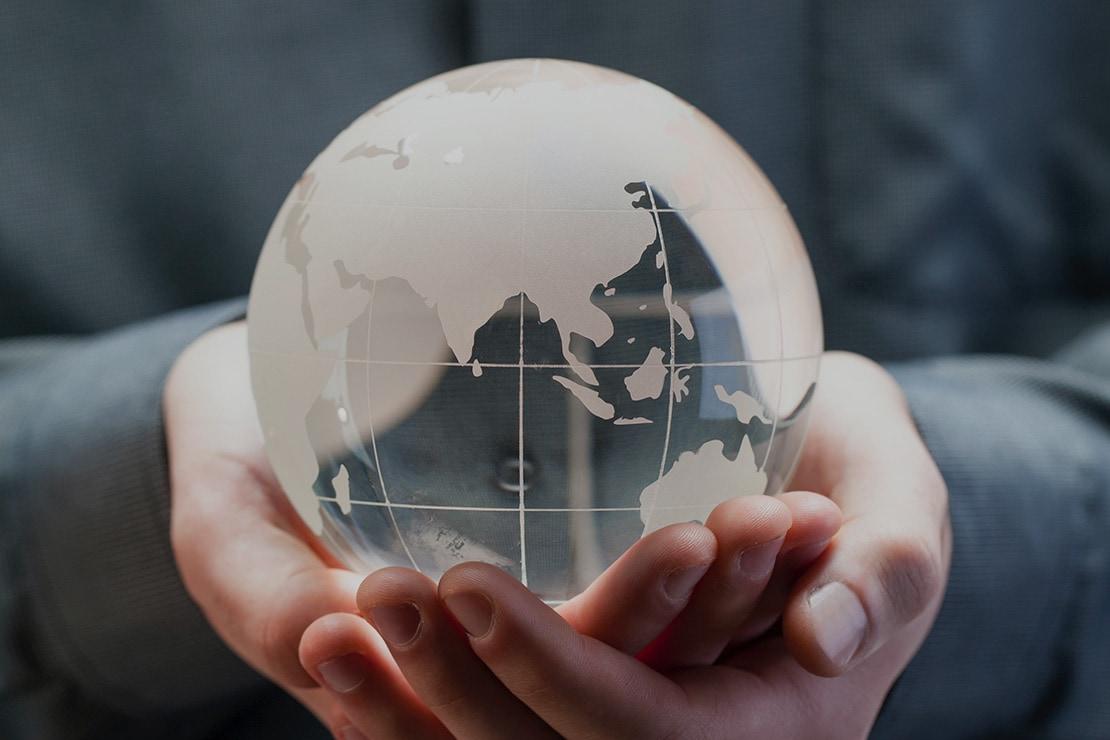 A global economist and bestselling author, Dr. Dambisa Moyo, gave a comprehensive overview of the impacts of the COVID-19 crisis on the global economy in her talk at our online event in May 2020. She took us through how corporations and governments have responded to the crisis while also sharing what she thinks tomorrow will look like.

At the beginning of the year 2021, we got in touch with Moyo to ask whether what she said back in May still holds true, and what she thinks has changed. Here we give you the update of her thoughts.

Where We Are Today?

Back in May 2020, Moyo emphasized that many economies in the world were struggling in terms of growth, debts, and deficits already before the coronavirus outbreak, and the crisis just made things worse. She also underlined that the pandemic caused a big hit to the markets – although they have recovered since. Finally, Moyo mentioned that the crisis revealed that some companies are vulnerable. Many organizations had difficulties in paying the interests of their debts already before the crisis, and as a consequence of the pandemic struggled even more. To sum it up, she said “we were in a bad place, and it’s getting worse”.

In January 2021, the situation in the world looks a bit different, which is why Moyo highlighted a few other issues. First, she explained that we are experiencing an economic rebound from the drastic 2020. The growth numbers in the US, for example, indicate some positive signs. “However, it is crucial to point out here that this is not an economic recovery.” The problems that the world was facing already before the pandemic, such as climate change, income inequality, and increased amount of debt, are still affecting the world economy. So, even though we’ve seen a rebound since the low from 2020, there’s a real risk that we might have years of low economic growth ahead of us. “It’s good to remember that it took 25 years for the US to get back on its feet after the crash in the 1920s.”

When talking about the future, in May, Moyo argued that:

At the beginning of the year 2021, Moyo believed that these points are still valid. She highlighted that governments will be bigger in terms of debt and deficit; they will be a bigger part of the GDP in the future. Governments will be bigger also when it comes to taxes and regulations. Furthermore, Moyo argued that the private sector will play a smaller role. “Already now, we’ve seen the contribution of the private sector in the UK going down, and about 50% of the companies have delisted from the public stock market in the US and Australia in the past ten years.”

Regarding the point that there will be fewer large companies in the private sector, Moyo actually took the issue one step further. In fact, we are already seeing oligopolies and monopolies formed in the technology, pharmaceutical, airline, energy, and financial industries. And in the future, these large corporations are to be divided. “Antitrust regulations will likely split these up.”

Moyo again emphasized that deglobalization will be the name of the game in the future. There will be less trade across borders, less immigration, less unified standards, and less cooperation. “This trend could already be seen before the pandemic, and it will continue.”

What Should Business Leaders Do?

Finally, Moyo concluded her update by explaining what the issues she mentioned mean for businesses and leaders. She highlighted 3 different issues that leaders should prepare for and focus on: 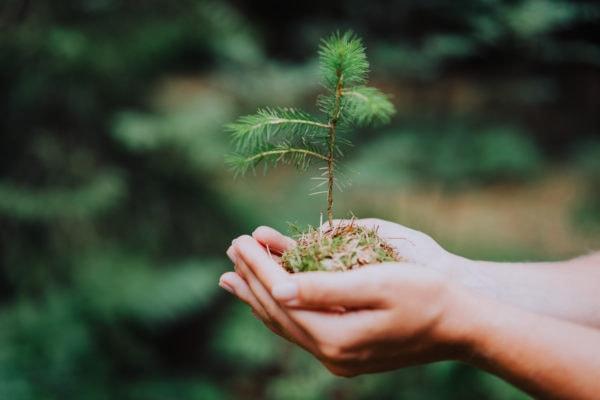 Each year, for the past 10 years, we’ve donated tree plants in order to compensate for the carbon emissions generated from our events. This year is no different. In everything we do, we try to remember that we didn’t inherit […] 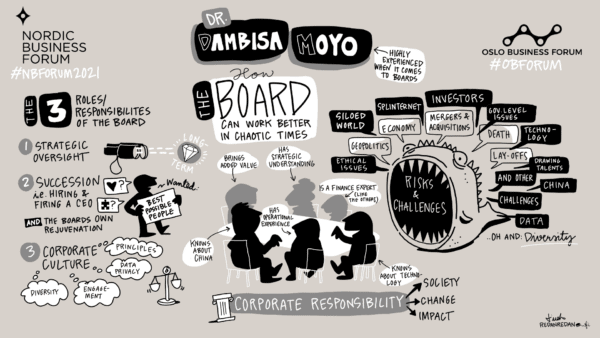 How do corporate boards work, and how should they work in this chaotic and volatile world? On 19 January, we were privileged to learn on the topic from the global economist and veteran board member, Dr. Dambisa Moyo. During our […]