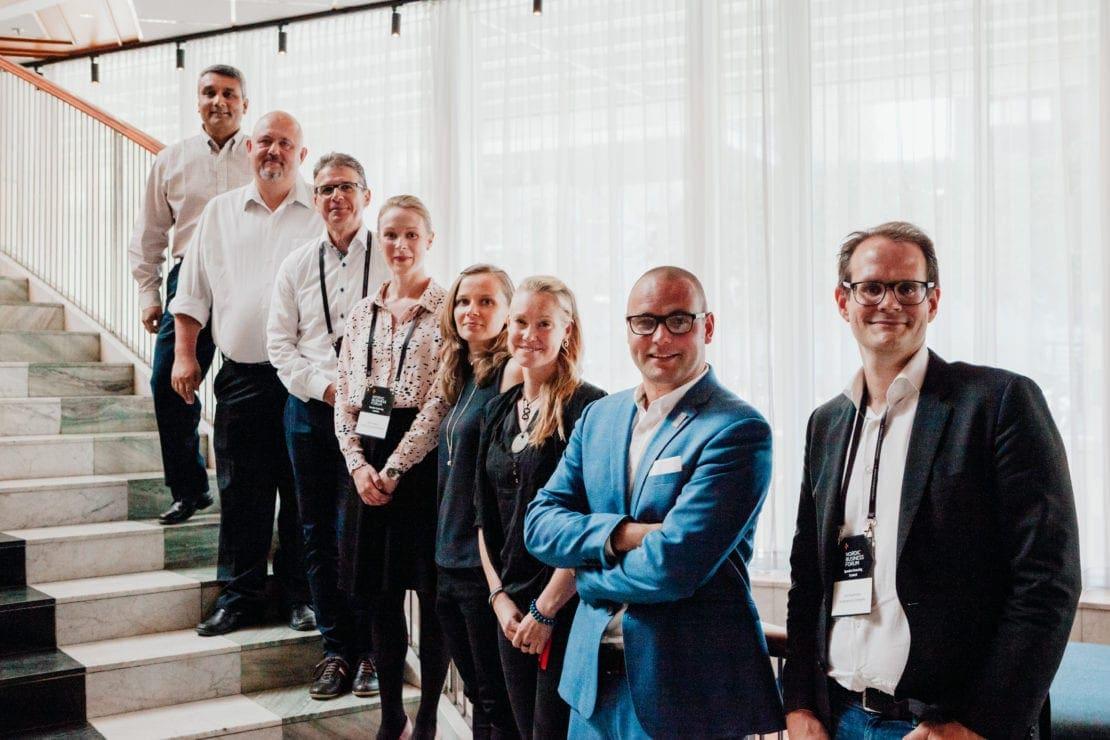 Everything You Missed @ Oslo Qualifier

Our third and final Speaker Sourcing Contest qualifying round took place on June 5th in Oslo. As with the previous qualifiers, 8 contestants competed for two spots in our Stockholm final in August. The presentation topics covered the three themes of our Nordic Business Forum 2018 event: Strategy, Peak Performance, and Artificial Intelligence.

Most of the videos of the presentations are available to view on our Facebook page. But, if you’d prefer to skim the highlights, we’ve got you covered! Here’s a quick recap of everything you missed.

Finding Your Way with Strategy

Raymond Hofmann opened up the theme of strategy with a presentation on how to turn poor management into a strategic advantage. To start, Hofmann quoted some management experts who have praised the practice for being the lifeblood of successful businesses. He quickly countered, though, stating that “management often fails” because many organizations make people miserable; they can’t innovate, they can’t change, and as a result, their performance suffers. Hofmann claimed, “Much of what we call management consists of making it difficult for people to work.” Where theory is concerned, management scholars and researchers have a lot to offer the debate – and Hofmann suggests that we put theory into practice. Through the introduction of a few models and action plans of his own, Hofmann argued that business models can be easily replicated but a management model is the only source of lasting strategic advantage – so, managers, choose wisely.

Daryl Powell continued along the same lines but shifted his attention towards the digital transformation of business and strategy. Powell cited an impressive, and daunting, fact: statistics say that 80% will fail in the digital transformation, mostly due to our lack of understanding and awareness of how to succeed. Powell referred to those who will fail as the digitally wasted – referring to the state of being completely overpowered by an external force, resulting in loss. To fight this potential loss, companies and organizations can apply the lean transformation framework in their approach, putting people at the center of their strategy. According to Powell, a successful strategy is one in which eliminates any source of effort that does not contribute value to the product or customer. This people-centric management system and supporting leadership behaviors is what will determine the victors from the casualties of digitalization.

Unlocking the Peaks in Your Performance

Emilia Lahti, founder of Sisu Lab, described peak performance from a personal perspective – she sought to answer the question: How do you lead a life of excellence? The answer, Lahti claims, is in her company name. Sisu, for the non-Finnish speakers among us, is the extraordinary courage and determination that one feels in the face of adversity. Lahti outlined four principles of peak performance. The first is “from good enough to your most courageous dream”. She explained that this referred to our perception of ourselves; our beliefs about ourselves are the single biggest determining factor of our future actions. Second, “Peak performance is a return to our natural state”. Lahti proposed that peak performance is not really about pushing forward and forcing things but it’s actually about finding those barriers within us that prevent us from being what we already are. We need to go back to that state and remove those barriers that are standing in between us and our peak performance. Third and fourth, “peak performance is a habit” and “peak performance thrives in psychological safety”. In order to perform well, we need to feel psychologically safe, and it’s something we need to practice regularly.

Mette Højen spoke to her audience about peak performance in terms of music. As a business rhetorician, Højen likened a leader to a music conductor who must be able to act with power and presence, get to the point, and perform with passion. In business, leaders need to possess these qualities to perform above average – otherwise, great content falls flat. Højen explained that the connection between the leader of an orchestra and its organization is very clear, audible, and visible, but it’s much more complex in business. To simplify the concept, Højen used three different scenarios in orchestral settings that demonstrated how to enhance personal peak performance. First, leaders establish power and presence without speaking but by moving. In other words, they stand straight and speak authoritatively. Second, Højen introduced the power circle by calmly drawing a circle in the air with her finger. That, she explained, is the perfect duration of a sentence that is easy for the audience to understand. Third, she challenged her audience to focus on the mood that they are creating when they lead. “What atmosphere and experience do you want to create?” she questioned. Whichever situation you face, Højen advised her audience to perform with passion.

Anna Nurmivaara continued to discuss peak performance with a different analogy: superheroes. Similar to superheroes, leaders guide our attention and the storyline of an organization, Nurmivaara explained. She briefly outlined three typecasts in organizations that her audience quickly recognized. First is Batman, with his sophisticated gadgets, cool car, and emblematic costume – he is a symbol that you look to for guidance. These leaders are perfectionists, Nurmivaara described, and they tend to lead groups just by proximity, while also setting the work standard. Next is the funny one. Funny people, she detailed, make work more enjoyable for the group. They prefer to shine the light on their peers rather than themselves, and they also experiment more and fail fast. Finally, there is the spy. Nurmivaara pointed to individuals who know their organizations inside and out, and they also notice improvements and synergies. These people are likely working inter-departmentally to create stronger bonds and links within the organizational framework – and for this, they need recognition, because they will never ask for it themselves.

Gopal RajGuru powered through his lessons in peak performance by addressing how to create and sustain high-performance teams and organizations. He started by explaining that peak performance often uses sports as a benchmark and reference – where the goal is to succeed at one big event, often years in the future. In business, however, RajGuru claims that leaders face a different challenge because their peaks are far more frequent and less clearly defined. Business leaders have to deliver peak performance not just as an individual, like a sportsman, but as an organization across a wide range of disciplines. For this reason, RajGuru argued that we should be talking about sustaining peak performance rather than just achieving it. To do this, RajGuru explained that leaders need to evaluate themselves and their team’s current status, compared to the goal. Once that is established, he introduced three models that leaders can implement to achieve and sustain peak performance: attitude to results, performance management, and feedback. The combination of these models, according to RajGuru, will lead to peak performance.

The opportunity behind the complexity of AI

Lars Sudmann talked us through the opportunities of artificial intelligence in the future of leadership. Sudmann claimed that discussions on artificial intelligence quickly lead to people saying, “We will be free of leaders!” – but that’s not the case. In fact, leadership will be all the more important in a future with AI in business. Leaders, he explained, don’t necessarily have the highest I.Q. but they are charged with people who may be brilliant and have natural intelligence. As such, leaders are fundamental to the implementation of AI in business – because someone needs to drive the machine forward. According to Sudmann, there are three areas in which his research sees development opportunities for AI and leadership: organized reality bending, human-AI interaction, and decision framing. True leadership, he emphasized, comes from the unity between leadership and artificial intelligence.

Steen Rasmussen rounded off the debate on artificial intelligence by challenging his audience to be unpredictable. According to Rasmussen, human behavior is generally predictable – and as a business, being able to predict behavior is a strong advantage. The challenge is that we are predictable in an individual way; the patterns of each person are decided by their experiences and their ability to think fast to react. We go through a routine on autopilot and only engage when we are confronted with something new – and this predictability is a massive opportunity. Rasmussen suggested, predicting reactions can happen when we control the stimulus. He claimed that we can map when people are open for communication and looks at predictive online support as the future of AI in business. We will start by solving your problem before you have the problem. It’s not far from how websites operate today: most social media and news outlets curate their users’ content with recommendations based on past behavior. Rasmussen implied that by breaking the routine — the autopilot brain — we can get more value out of our interactions with each other.

These contestants were Raymond Hofmann and Gopal RajGuru.

Congratulations to these two gentlemen and to all the contestants for their outstanding presentations and a thoroughly enjoyable afternoon event. 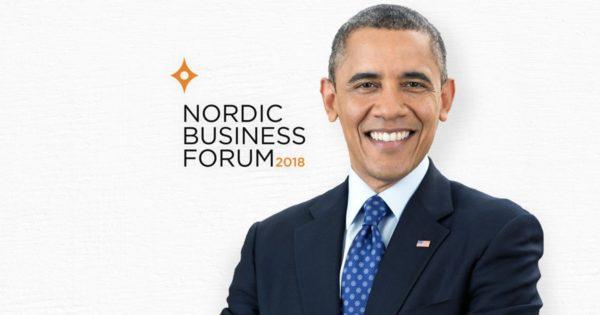 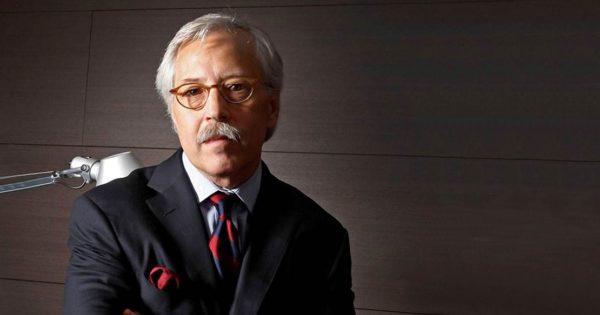 About Gary Hamel Gary Hamel is one of the world’s most influential and iconoclastic business thinkers. He has worked with leading companies across the globe and is a dynamic and sought-after management speaker. Hamel has been on the faculty of […]