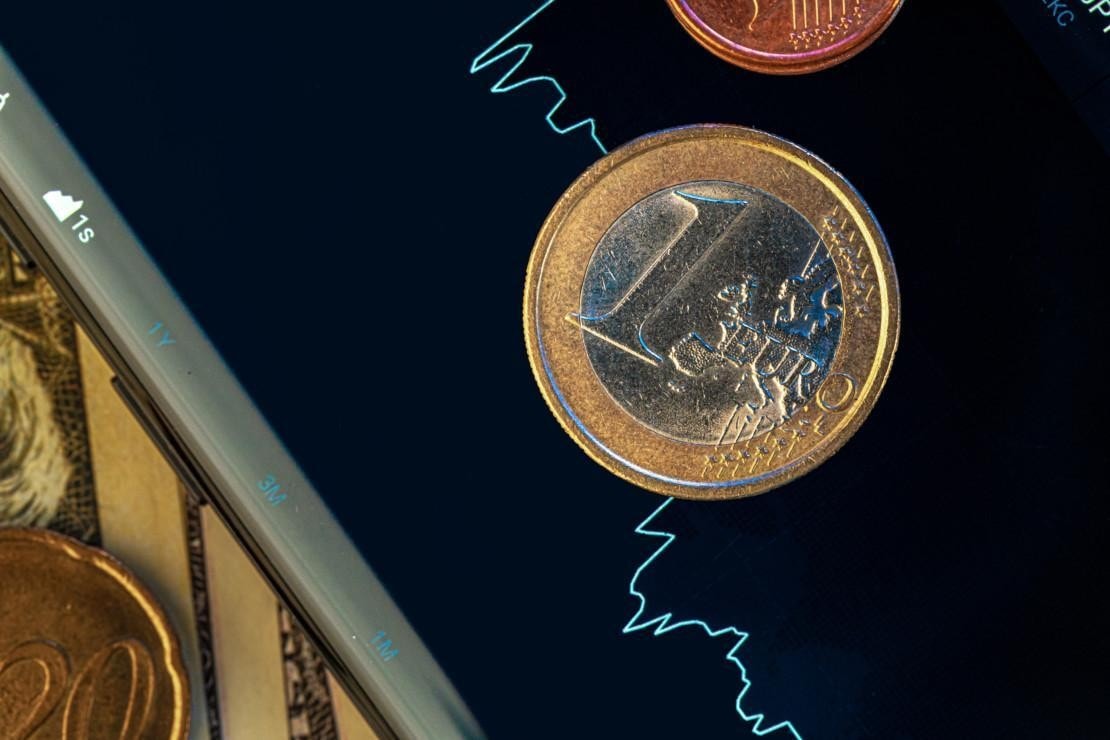 The World Economy and Trends in 2022 – Richard Quest (Webinar Summary)

On 4 November, we joined forces with Oslo Business Forum and 24SevenOffice to tackle the topic of World Economy and Trends in 2022. We were joined by CNN’s foremost international business correspondent, Richard Quest, who shared his angle on the foreseeable economic situation and the trends that business leaders should be aware of.

If you missed the session, worry not, the full recording is available on our Youtube channel. And here, we give you a written overview of the session.

Where Are We at Currently?

To kick things off Richard went a bit back in time. As we all know, 2020 was a tough year on many fronts. The markets took a big hit, and some said it was a bear market. Richard argued that even though by definition the market did fall more than 20%, he wouldn’t use the term bear market because it was the pandemic that caused exceptional circumstances. “The fall in the market at least in the major developed economies was so quickly resurrected that I don’t think you can say it was a bear market.”

Since the drastic fall, the markets have indeed picked up, and according to Richard, we are seeing a classic V-shape recovery. “The upside of the V is absolutely predicated on pent-up demand, the vaccinations in the developed economies, and good corporate earnings on the back of consumer demand. But will that continue—that’s a matter for debate.”

He elaborated that rising inflation and thus increasing interest rates are something that we need to be aware of. However, to bring you good news, Richard concluded that he doesn’t see a particular market collapse or disaster in the foreseeable future. “At least no one I know seriously believes that.”

First of all, Richard highlighted the importance to remember that the situation looks very different depending on the country. In most of the developed countries, the reopening has been faster than we imagined. But in many developing countries the vaccination rate is somewhere around or below 10% and many nations are still in lockdown. Therefore, next year can look very different for different countries.

When talking about the developed countries, Richard argued that despite the ongoing uncertainties due to the pandemic, the signs point to growth. “One of the things you’re going to see in the developed world is that the low-hanging fruit has been picked. But the pent-up demand is still there.” As an example, he pointed the airline industry, in which most companies believe that 2022 will be a very strong year.

Richard explained that assuming there are no big surprises in terms of the pandemic or otherwise (and he underlined that this is a big assumption), COVID-19 will recede, again, at least in the developed countries.

As the pandemic recedes, the biggest question is inflation. According to Richard, there seem to be two views regarding inflation. First, he mentioned the FED and its chair, Jerome Powell, stating recently that they believe that inflation is going to disappear as the supply chain issues ease up. However, Richard also pointed out that there are signs of warning for higher interest rates by the Reserve Bank of Australia, Bank of England, and the ECB. “If as they think inflation falls off because supply chain eases up, we’re happy. If it doesn’t, the rates will go up. There’s no guesswork here. We know what’s going to happen if inflation doesn’t come back down again.”

How Business Leaders Should Prepare for Next Year and Beyond?

In regards to what Richard foresees to happen next year, how should business leaders prepare themselves and their companies? Covering multiple perspectives, Richard provided these 5 points:

What Are the Trends that Business Leaders Should Be Aware of?

Over the course of the discussion, Richard specifically highlighted a few things business leaders should be aware of.

The recent G20 summit in Rome according to Richard was “the usual nonsense”. However, one useful issue that was raised in the summit was the agreement on global corporate tax rate of at least 15%. Even though in many countries the rate is already higher and this doesn’t make a difference, there are many countries, like Ireland, that are now required to raise their corporate tax rate by 2023.

Richard explained that in terms of the climate crisis, the heavy lifting actually needs to be done by us: the businesses and the people. The ongoing COP26 in Glasgow and the governments of countries are responsible for setting the framework; agreeing on the parameters, regulations, and numbers on which everyone will base their actions. They should give us the direction. However, he underlined that it is then up to industries, businesses, and us people to get to work. “I think it’s very risky, bordering on foolish, to think of Glasgow as the end game. It’s not.”

According to Richard, we should look at what’s happening now as a transition period. What he suggested business leaders do is to think about where you and your company stand in this? So, once we get the framework from COP26, consider:

#1: What’s your target and your duty? When do you have to become net-zero by? (Take into account not only you and your business but also your supply chain and your supply chain’s supply chain.)
#2: What do you need to get there? How are you going to raise the necessary capital that will enable you to reach the targets?

“China has woken up.” Richard elaborated that centuries ago, China was the one who ruled the world, and now it has a big will to get back in the table. “In fact, China is saying that ‘it’s our table’”. He argued that we are most likely going to see China “throwing its weight around” a lot more and test how the Western world acts. According to Richard, the US is struggling with its own national issues which gives China more room to do what it wants. One issue that might cause conflicts in the future is Taiwan.

Richard explained that the energy prices rose because there was a fear of supply. The vulnerability for the EU and for Europe, in general, is that it’s so dependent on Russia when it comes to energy. He emphasized that even though this can’t be changed overnight, it should be something that the European countries strive for.

A Few Words of Encouragement

It’s no news that many have suffered and are suffering from everything that has happened in the past 18 months. Richard ended the session with some encouraging words:

“You faced unimaginable difficulties, complexitites, stresses and pains. But you managed, you succeeded, and you’ve come through the other side pattered, bruised, yes. More experiences? To be sure. You told yourself: it’s ok, not to be ok. You’ve cried, you’ve been angry, you’ve been through the seven stages of grief. But guess what? You’re still standing. You’re still working. You’re still moving. So, patch yourself on the back, because you did it!”

We organize monthly webinars on all things business. If you want to be in the loop of our upcoming sessions, you can sign up for all of our webinars at once. 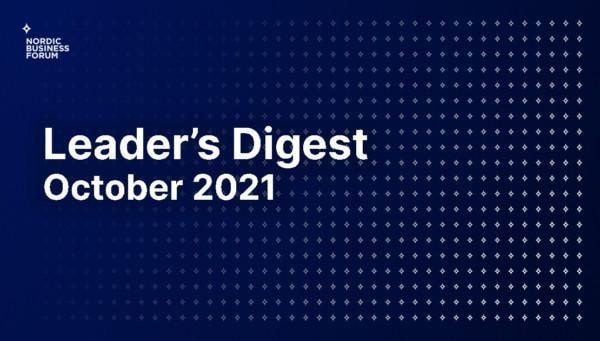 Learning | Top Content Picks 🌍  IMD professor Stéphane Garelli says that economic recovery is on the horizon and to ensure recovery and sustain competitiveness “we need ideas, not numbers.” 💶  There are stupid and smart investors—or are there? Myth-busting […] 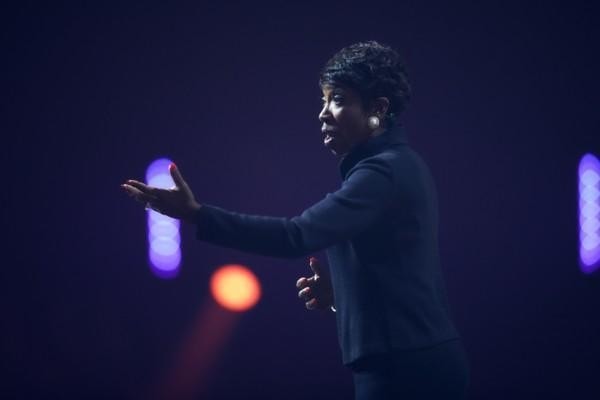 Carla Harris – Leadership Beyond the Crisis

Carla Harris, is the Vice Chairman, Managing Director, and Senior Client Advisor at Morgan Stanley, and the author of Strategize to Win and Expect to Win. At our online event in September 2020, she listed 8 things that should be […]