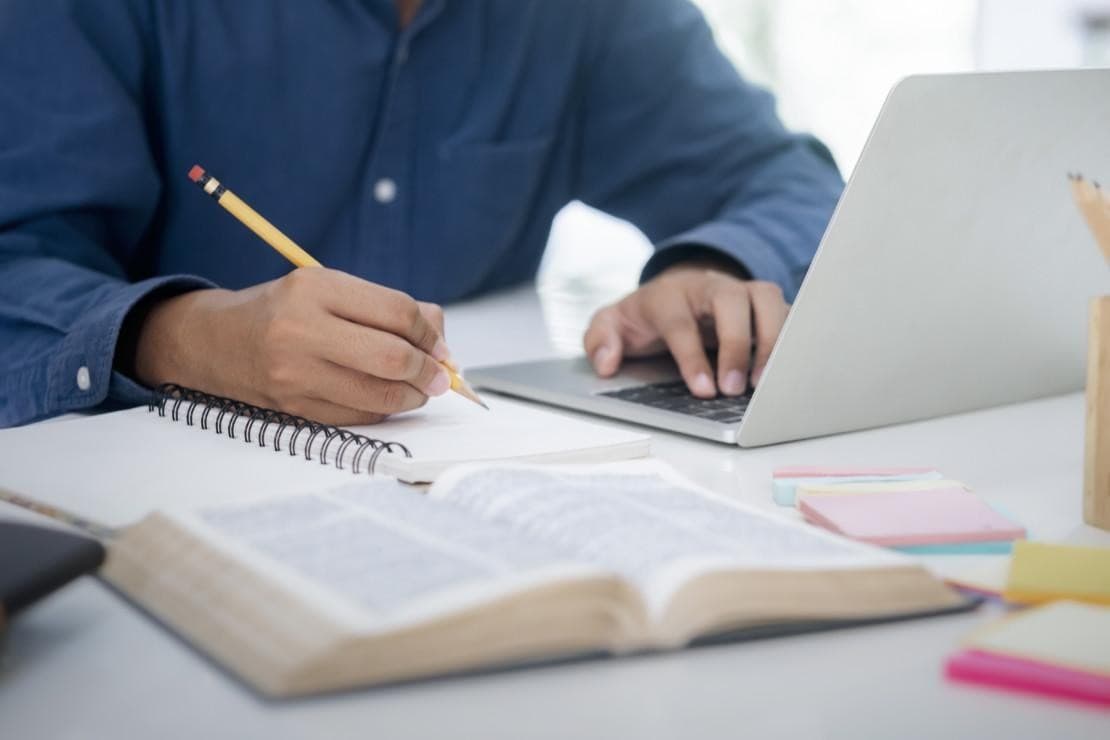 On 28 January, Oslo Business Forum and Deloitte joined us to host a webinar with Stefan Hyttfors, an acclaimed futurist and author, who spoke about the shifts that leaders need to take into account when navigating in this new sustainable era.

At the beginning of the webinar, we started by asking the participants to write with one word what comes to mind when they think about sustainability. The biggest word appearing in the word cloud was future.

“It’s easy to think that it’s about the future—that this is something that we will do later. But I don’t think so. I think we are talking about the now. And I’m here to talk to you about a new start. The start of a new era—the sustainable era. And what it will take to lead in this era.”

1. From Experience to Learning

“​Instead of experience, in a fast-changing world, the leader has to focus on learning.”

Stefan started by outlining how in the past, in the world of slow change as he put it, experience was the thing that got you further. Only some hundreds of years ago our biggest problem was survival; food, shelter, and protection. And in order to survive, a leader had to acquire experience. “In times of slow change, the leader must focus on experience. How to get as much of it as possible, and how to share it to create a strong, successful community.”

But in the world we live in today, survival is not that relevant a problem. Only in the past 200 years, the GDP per capita has increased fiftyfold. Stefan explained that due to this, we have increased our productivity, which in turn means that we have more time. Most of us have time to do more than just survive. And what this means from a leadership perspective is that experience is not the key to success anymore. In fact, it might even become a problem.

“Experience is the understanding of how we used to solve problems. But if the problems and the possible solution are completely new, we have to face them with an open, humble, and curious mind.”

So, in the sustainable era, leaders’ first focus shift should be moving from gathering experience to getting good at continuous learning. And maybe more importantly, in focusing on creating a community and a culture, where people are bold enough to challenge the experience.

2. From More to Less

“The new leader has to focus on how to create more value with fewer resources.”

Stefan stated that it’s obvious what got us all the wealth we’ve accumulated over the past hundreds of years; it all came with the cost of our planet. We have witnessed our ecosystems struggling and coping with humanity and our growth. So, it’s a “no-brainer”, said Stefan, that we need to start creating more value with fewer resources. The shift from unsustainable to sustainable is evident.

In addition, Stefan explained how many leaders are luckily now realizing that sustainability doesn’t equal costs. Before he felt that businesses thought of sustainability as something that forces us to give up and quit doing something. But now, more and more leaders are realizing how it’s actually the area where the new business opportunities are.

So, sustainable leaders think about how to do more with less and see sustainability first and foremost as an opportunity.

3. From Data to Opinions

“In a world where everybody has data, you won’t be able to compete with price or quality anymore.”

Stefan underlined how we have moved from the world of opinions to a world of data. Everyone has excessive amounts of data and information on which they can base their decisions. But if everyone has data, maybe we are moving back to opinions?

According to Stefan, especially the generation Z, and generation alpha, will show their opinions and consume based on those opinions. For example, they will not want their personal brand to be associated with an unsustainable product. This is an aspect every sustainable leader needs to be aware of.

4. From Digitalization to Automation

Stefan stated that we have been talking about digitalization for so long now and it seems that now, we are there. Naturally, many companies still have a lot of work to do, but as a society, we expect everything to be in this digital world. “You know it when people stop using the word. You never hear young people saying digitalization.”

So, next, it’s automation. According to Stefan, everything that can be automated will be. And this is where the opportunity for sustainable leaders also relies upon. “This is at least one way to create much more with much less. With technology we have power.”

5. From Workers to Humans

“The work we have to do is to be human.”

Human beings have been replaced in the past by machines like steam engines and tractors. Now, we are being replaced by artificial intelligence and robots. But does it mean that we are not needed anymore?

“Definitely not”, said Stefan. It just means that we are left with the work that only we as humans can do: to be humans. We are emotional and social. And that’s what a sustainable leader needs to remember: successful leaders in the social era are empathetic and they understand human emotions.

“The mindset is to beat yourself.”

Finally, Stefan emphasized that the single most important thing that is required from a sustainable leader is a shift in mindset. Earlier, he said, leaders have put a lot of focus on the others; the competitors, the government, etc. Now, in this fast-changing world, there simply is no time for that. The biggest focus for every leader should be to beat their own business.

“Because if you don’t think about that, sooner or later depending on which industry you are in, someone else will have done it. And then it’s starting to be late. You don’t have time to think about others, beat yourself.” 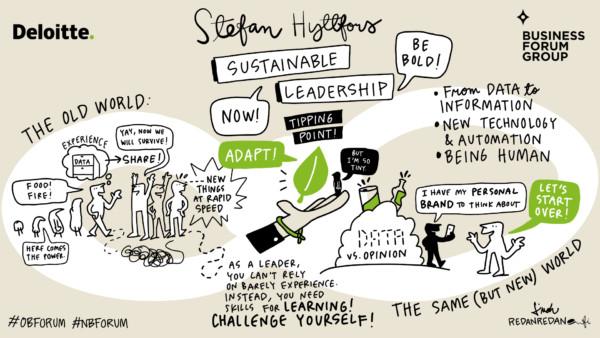 We host monthly webinars with top experts on a variety of business topics. Check our upcoming webinars, and sign up to join them! 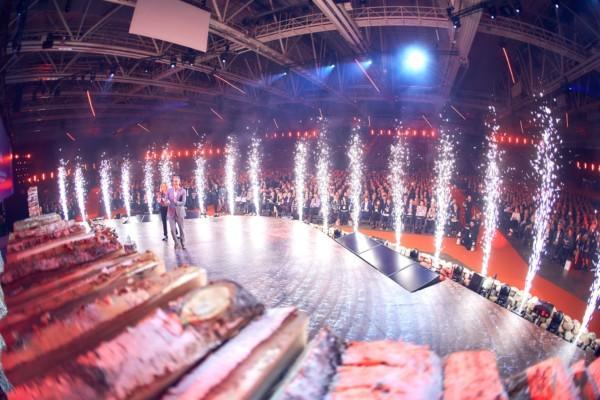 In September 2022, we will be back with Nordic Business Forum Helsinki — and already 6,000 people have confirmed their attendance!  “There’s still 8 months to go until the event but already 80% of the tickets are sold. It seems […] 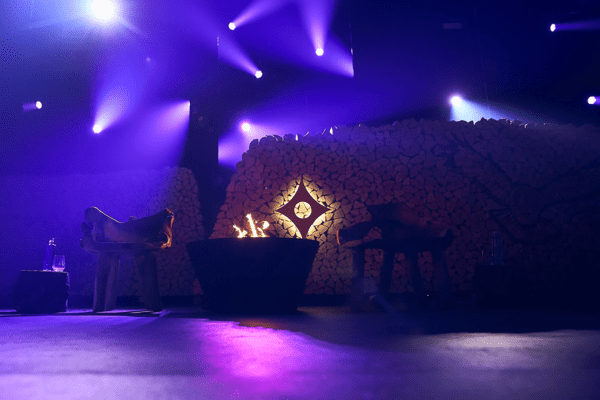 Public Speaking – The Old ’Soft Skill’ of the Future

Have you ever thought about where we would be without our ability to speak? Though we take it for granted, it explains much of what we have achieved as a race and continues to be the core skill driving human […]