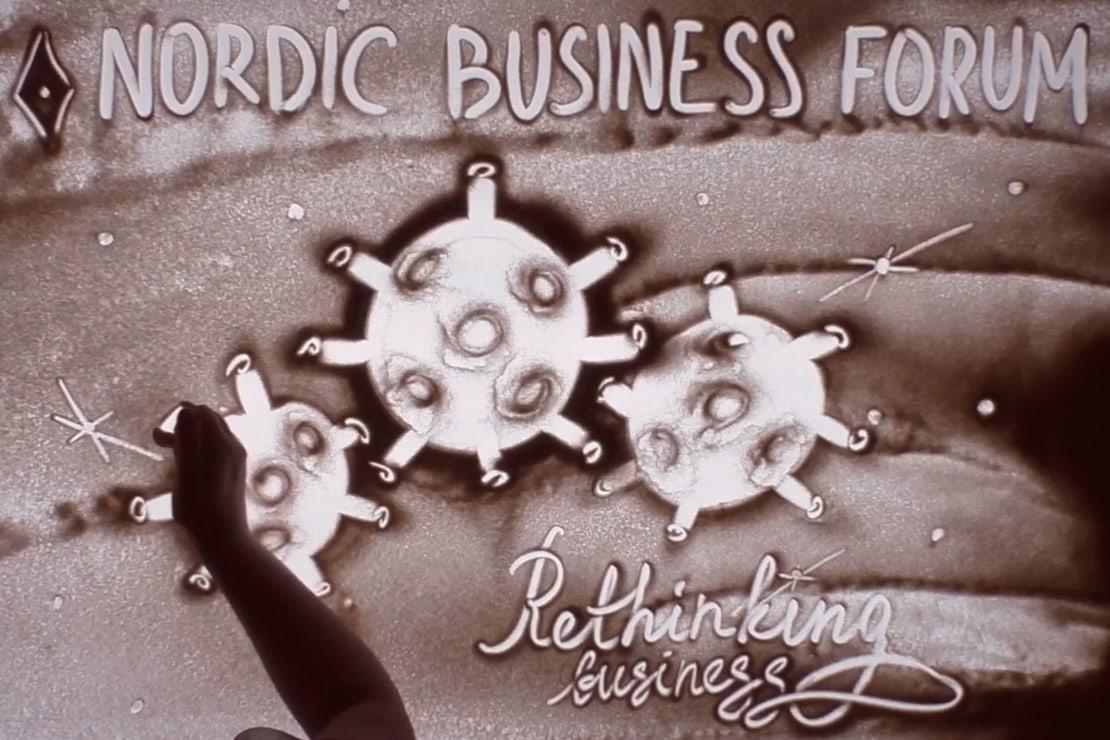 On 27 May, we hosted our first-ever online event, where we had the privilege to learn from four world-class speakers: Amy Webb, Scott Galloway, Patrick Lencioni, and Dambisa Moyo.

We also hosted some great conversations during our pre-show and during the breaks between the keynotes. Our aim with the event was to provide answers to three key questions: 1) how the world will change due to COVID-19 crisis, 2) what kind of business opportunities will arise during and after it, and 3) what leaders should do now and in the future.

We received many insights related to these questions during the event, and here we provide a few of them.

How the world will change due to the COVID-19 crisis?

Many of the speakers and guests emphasized that it’s hard to know exactly how long this crisis will last and how much the world will eventually change after the crisis. One thing that Scott Galloway and Dambisa Moyo argued to be fairly certain is that it will take quite some time for many economies to recover. In fact, Moyo argued that looking back in history, we can expect that for most the recovery will take years.

Moyo also mentioned a few things that she thinks will change due to the crisis. According to Moyo, in the future, governments will be getting bigger as their debt and deficits are expected to increase. She also predicts that governments will become much more important in terms of their role in the economy because market capitalism is reliant on the role of government as an arbiter of capital and labor.

Furthermore, Moyo claimed that due to the crisis, the private sector on a large scale is shrinking as we can already see that the number of publicly-traded companies on the stock market has declined considerably. In addition, she said that we’re moving away from “the perfect competition”. By that she meant that instead of having many large companies in the game, in most industries, there will be only a few big players as the number of large companies is decreasing. Moyo also mentioned that the process of deglobalization that could be seen already before the pandemic, is now getting stronger due to the crisis.

In terms of trends and habits, many of the speakers said that it is hard to predict what will stick. For example, the futurologist Magnus Lindkvist mentioned during our pre-show that the sales of home exercising equipment and sex toys have increased during the phase of social distancing, but they will likely decrease after societies start opening up. So some things that we see now will probably be temporary trends, whereas other things, such as remote working, might be permanent changes. However, Amy Webb mentioned that in the U.S. some companies are already giving up their office spaces as they believe that remote working will remain in the future. But she emphasized that we don’t know that yet, because we don’t have sufficient data to confirm that this will actually be the future of work.

A few speakers mentioned that these peculiar times have been already long enough to form new permanent habits. Although, getting back to old habits is often easy too, so it remains to be seen which changes stick and which not. Amy Webb pointed out that people often ask her “what is the future”, which implies that people want something definitive and expect that there is a certain future. That’s natural, as we want to believe in certainty and we believe we can control the future. However, we often can’t have all the things in place to be certain about the future, so instead, Webb advised us to get prepared, and with that preparedness reduce the uncertainty.

What kind of business opportunities will arise during and after the COVID-19 crisis?

Scott Galloway walked us through many of the COVID-19 implications on businesses and markets through the lens of the Four Horsemen (Amazon, Apple, Google, Facebook). “Every time we have come through one of these recessions, the Four seem to come out stronger”, Galloway said. These companies also continue to control more of the markets they operate in: their share of the S&P 500 has grown from 19% to 22%. So these giants are a few of the clear winners of the coronavirus crisis. Galloway also said that the large companies, in general, seem to benefit from the crisis: “crisis makes people more risk-averse – there’s a flight to not just quality but to big, and these large companies are going to take advantage of that”.

In addition, Galloway mentioned many other winners such as video conferencing (e.g. Zoom has gone from 10 million to 200 million active users), alcohol brands (alcohol sales +55% in the US), the online grocery industry and the companies related to that (technologies, supply chain, etc.), remote health services, and telemedicine. He also argued that this crisis is a great opportunity for top universities to increase their sizes because of teaching remotely (more students and more tuitions).

“For the majority of industries, COVID-19 isn’t a change agent as much as it is an accelerator, and that’s because the trends aren’t that much different, they are just happening faster”, Galloway said. So in a way, COVID-19 is going into the future and bringing it to us – and that makes the companies that were winning the winners and the companies that were losing the losers. As Moyo also argued, the crisis is emphasizing the problems that already existed before the pandemic – and according to Moyo and Galloway, this is true both for the public and private sectors.

What should leaders do now and in the future?

First of all, Amy Webb pointed out that many businesses now think that there’s so much disruption and so many uncertainties about the future right now, that there’s no point in doing any planning. “But certainty is brittle – you have to summon the courage to lead your organization into the future with many unknowns, where uncertainty doesn’t have to mean catastrophic risk”, she said. So what she advised leaders to do is to be flexible in the now while keeping a very strong viewpoint on the future. Webb advised reducing uncertainty and getting prepared for the future by 1) confronting your cherished beliefs, 2) identifying signals of change, and 3) mapping next-order outcomes. “Catastrophe can be a great catalyst for positive change”, she concluded.

Actually Dambisa Moyo also emphasized that business leaders should not only focus on what’s happening now but actually concentrate on investing in the future. She advised leaders to focus on capital allocation, and really consider how to use each euro or dollar of the business wisely.

Finally, Patrick Lencioni gave some practical leading tips by explaining the difference between a reward-centered leader and a responsibility-based leader. He mentioned that especially now when many people are struggling, leaders need to think about why they are leading in the first place. He emphasized that having difficult conversations, actually managing people, running great meetings, developing people, and constantly communicating are some of the difficult, yet most important tasks of a leader. So Lencioni reminded us all that leadership is not about you, but the people you lead. Leadership is hard, and especially during a crisis, leaders need to be ready to suffer for others, manage, and communicate (or even over-communicate).

“Your people need you now more than ever”, Lencioni said and advised leaders to be human, vulnerable, persistent, and creative.

If you want to dive deeper into the keynote, you can download the executive summary from the online event here. 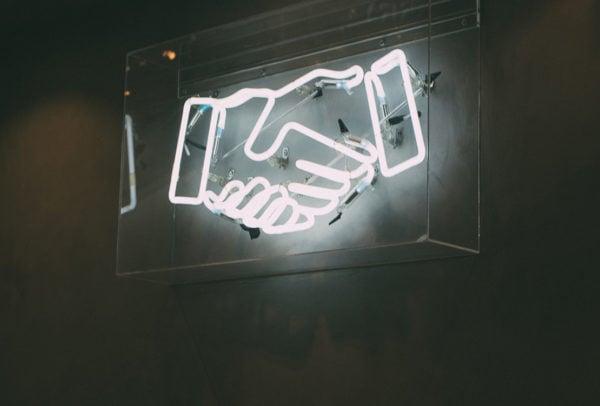 On 20 May, we were privileged to host a webinar with Robbie Kellman Baxter, the world’s leading expert on subscription pricing and membership models. During the webinar, she shared her thoughts on what forever transaction means and what you need […] 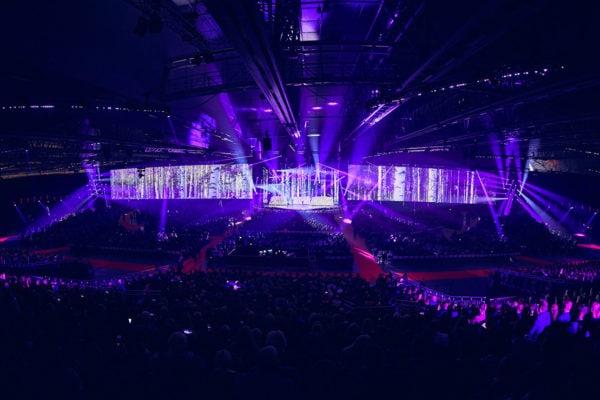 Nordic Business Forum announces new dates for its physical conference due to the COVID-19 crisis and concern for the well-being of its stakeholders. This difficult and exceptional situation caused by the outbreak of coronavirus has created a lot of uncertainty […]