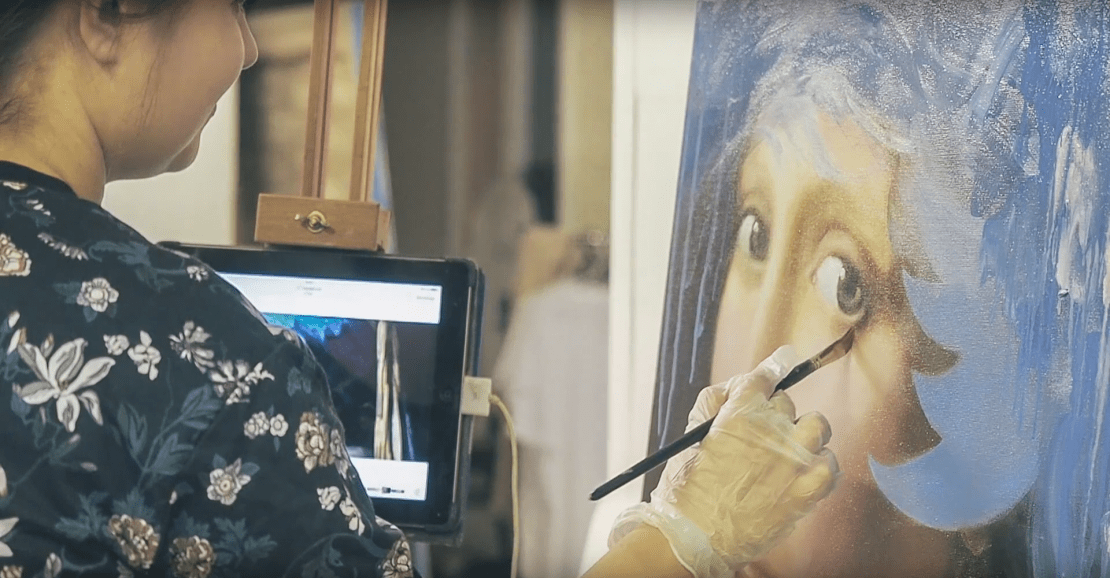 The 29-year-old visual artist Emmi Mustonen will display her artwork at NBForum 2016. Her pieces cunningly present a combination of Renaissance style and modern digital communication.

We always want to bring new experiences to our customers, which is why we invited Emmi Mustonen to delight the eyes of the attendees at NBForum. Mustonen is a visual artist who mixes history and modern time in her work. In her series displayed at the event, Mustonen combines the aesthetics and the highlighted individualistic portrayal of people typical to the Renaissance period, with the ongoing change in our ways to communicate and personalise ourselves driven by digitalization.

As digitalization is such a broad concept, Mustonen has focused on positioning social media in her work. The pieces on display contain several implications to art history, to which Mustonen relates passionately. However, the graphic elements such as the symbols of social media and pixels added to the works painted in an otherwise realistic style create a modern, almost playful feel around the series. “I’ve used plenty of symbols in my works, such as the Facebook and Twitter logos, which are an easily accessible and understandable means to carry out new ways to communicate”, Mustonen explains.

Renaissance interests Mustonen as during that period people started to be seen as individuals, who were able to influence their environment. This was totally contrary to previous times and the whole way of thinking had revolutionized. In Mustonen’s series of artworks the people awoken to this new time send messages, show emotions and try to stand out from the crowd in the best possible way for homo digitalis. “The common thread to all my works, and to my previous series as well, is the idea that all people are eventually the same despite the changing world around us. The human nature stays pretty much the same”, Mustonen describes.

In her series Mustonen not only includes the aesthetics of Renaissance period, but also uses a technique that was used by the old masters of the Renaissance such as da Vinci and Vermeer. The painting technique Mustonen uses is demanding and the works get their final form slowly as every piece consists of several thin paint layers, each one of them having to dry before applying another. This technique requires remarkable patience and accuracy, which is why artists using this type of realistic style are a rarity these days. You can read more about Mustonen and see glimpses of her artwork here.

Mustonen’s series will be displayed in the seminar hall for event guests to enjoy! 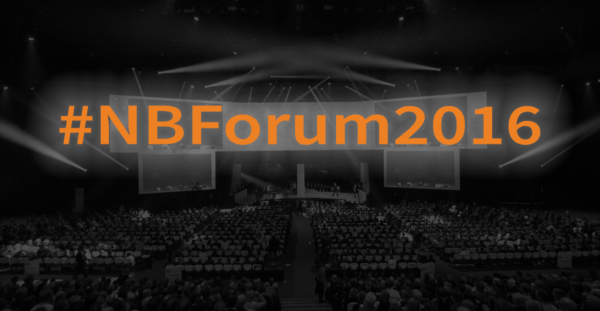 The hottest hashtag of the week: #NBForum2016

Nordic Business Forum 2016 is only a few days away, which means that social media is already buzzing and bubbling with anticipation. Stay tuned for our posts across the social sphere and join the conversation! Here’s what we’re up to […] 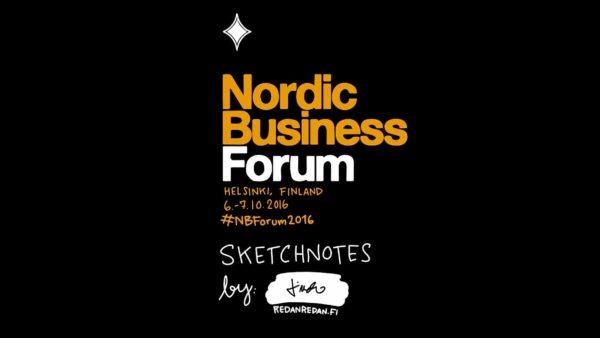